i am internet and so can you

There’s a story my mother likes to tell about the time, soon after I began first grade, she received a polite but concerned note from my teacher. Evidently, when my time to show-and-tell had arrived, I read aloud from a library book about reproductive biology, with a degree of anatomical specificity my teacher considered frankly inappropriate for my age and audience. My teacher clarified that I was not in trouble because none of my classmates understood what I was talking about or indeed had seemed to pay me any attention at all (this was a recurring theme of my childhood and also my adulthood). Some parents might have discouraged ‘inappropriate’ intellectual interests, but I have long been grateful that my mother, who helps children with special needs navigate elementary school, never let my education get in the way of my learning. 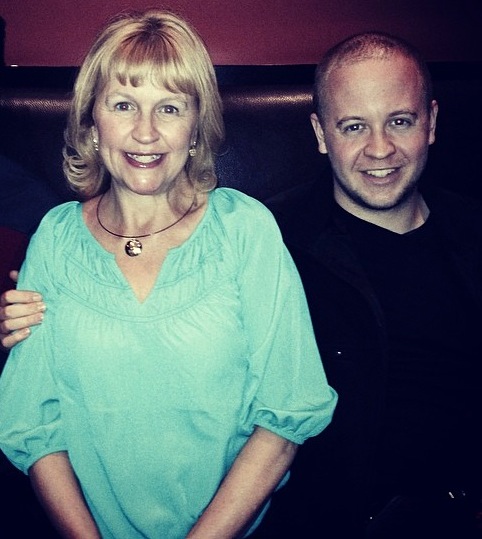 One of the best ways to learn is to teach, both because in order to teach you have to know your stuff, and because through the process of teaching, you learn more about your stuff, and how others think about/with/through it. For more than ten years I’ve taught at the Talent Development Institute, a sort of summer camp for geeky 4-8th graders. As an undergraduate I TA’d six classes on law and technology. When I first came to MIT I started teaching through SPLASH, one component of the MIT Educational Studies Program, which organizes classes for middle and high school students taught by college students and where the motto is “Teach Anything, Learn Anything.”

As a graduate student (and as an undergraduate too, for that matter) I studied social media. I worked at the MIT Center for Civic Media, which builds, supports, and researches at the intersection of technology and social change. My thesis was on user-generated censorship, or how people manipulate social media to suppress speech.

While I was working on my thesis I put out a call for a UROP to help me collect and analyze data about some reddit subcultures. Within a day my inbox was flooded by dozens of applications: there were tons of MIT undergraduates who wanted to research reddit. One deadpanned: “Browse reddit during my UROP? I do that anyway.” Another emailed back and said she hadn’t even known it was possible to do Serious Academic Research about social media.

That response surprised me. I’d been involved in the social media research game for a long time. So has MIT. Just to name a few of the media researchers affiliated with CMS/W, we have:

After I graduated and returned to admissions, I knew I wanted to teach, and I kept thinking about those UROP responses and how I could teach to that evident interest. T.L. was teaching a course on the sociocultural aspects of the Internet called Networked Cultures in the fall, and Sasha was teaching Networked Social Movements: Media & Mobilization in the spring. I decided to propose a complementary course, one that would widely canvass current topics, core theories, and useful methods for studying social media, broadly defined. In short, I wanted to design and teach the sort of class I would have liked to take as an undergraduate.

So I pitched the class to Ed Schiappa, the Head of CMS/W. He listened. He asked insightful questions. He (kindly) pointed out several glaring flaws in my proposal. But he liked my idea. And he offered to help me improve it.

Ed was already scheduled to teach CMS.400: Media Systems and Texts that spring, so he invited me to coteach it with him. We got together over IAP and drafted a new syllabus that melded a diverse set of topics and methods. We based the grading around class participation to encourage discussion and group projects to encourage students to get their hands dirty and try things. To reflect the student interest that drove the creation of the class in the first place, we nicknamed the course “Credit for Reddit.” 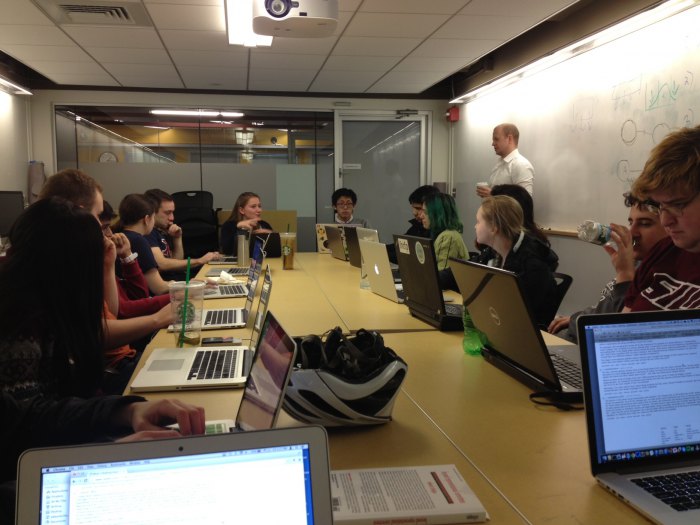 Teaching Credit for Reddit was one of the most awesome experiences of my life. We had fifteen students from all four years and a diverse mix of majors including Course 6 (Computer Science), Course 8 (Physics), Course 9 (Neuroscience), Course 10 (Chemical Engineering), and CMS itself. They challenged me and they challenged each other. They pushed themselves to learn new things and produced amazing prototype and final projects, including:

The real academic story is that social media are social systems, shaped by people even as they shape the people who use them. That’s why reddit, along with some other platforms, just launched the Digital Ecologies Research Project, which will help academic researchers study these kinds of popular platforms.

And the real cultural story is that a place like MIT, and a department like CMS/W, is willing to experiment educationally: to basically say, you know what, this seems really interesting, and it matters, so let’s get a bunch of people from different backgrounds together in a room and figure out what the heck is happening. I feel very fortunate to work at an academic institution that welcomes that kind of intellectual risktaking.