I love the weather today. I rode my bike home through puddles and gulped down the wetness in the air like I imagine a fish would if it, and not I, were in that spot on the sidewalk of dorm row. I shuffled into my suite on the fourth floor of Burton Conner shedding a trail of water from my backpack and raincoat, looked out the window, and exclaimed joyfully to my roommate, “It’s so… gray!”

She’s from the northwest corner of Washington, and I’m from the valley in Oregon, so we feel the same way on days like this. When it’s wet, warm, and kind of dark, when the forecast is downright dreary, we feel right at home.

In eleven days, we will be home. I guess I’m surprised I’m still alive. I’ve survived. Coming here was so overwhelming in the beginning that I didn’t think beyond first semester. I don’t know what I thought would happen to me: that I’d freeze? That I’d get lost in the tunnels between Stata and some far-off building and live underground forever? That I’d step into traffic or lose my balance on the T? All of those things happened, but I made it through every one of them, and I did eventually find my way out of the tunnels. I’m doing fine. I’m doing great. I got ten hours of sleep last night, made oatmeal for breakfast, made an attempt at making my bed, and I might even go to the gym… maybe… probably not. But I’ve memorized half of “Last Thoughts on Woody Guthrie,” I’ve registered for ceramics glasses over IAP, and after years of wanting to try but not really trying, I can ride my bike with no hands. I’m on a roll.

Maybe I should call it recovery, instead. This feeling of being completely okay is pretty recent. The last few months were rough. I knew they would be. I came to MIT completely unprepared. My background in science at math is flimsy at best. I slept eight or nine hours a night in high school, hardly ever had to study, and didn’t count attendance as one of my strong points. I came to MIT because I wanted to do something truly difficult; until I came here, I’d just done what I enjoyed, and enjoyed it enough to do it well without too much effort. I wanted, like everyone at MIT does (according to the fantastic pressure survey in the Tech, which you’ve probably already read about), to be hardcore. Only, I didn’t know how at all, and I failed a bunch of tests. Miserably. And I had all kinds of other problems, and I missed my sisters and brother and dog and favorite bookstore, and I got sick of doing psets, and then I got actually sick. Like I said, the last few months were rough. The problem with being in a place as unusual as wonderful as MIT is that you lose perspective. Everyone around you is incredibly brilliant and as lucky as you are. People sparkle with intensity, and the stakes for everything seem higher, even though they aren’t. Really, as my friend Charlie confirms, nothing is a big deal. There are some big deals, but most of them happen far away, to other people at other times. Whether I finish every problem on a pset is really not a big deal. Whether I learned integration by parts in high school is not a big deal. Whatever inconvenience confronts me, it’s not a big deal. Saying that helps.

What is a big deal?

When Obama wins the presidential election, and it snows the next day, and Robyn, Anastassia and I slide around in the streets and spell out “Snowbama” in footprints on the tennis courts. 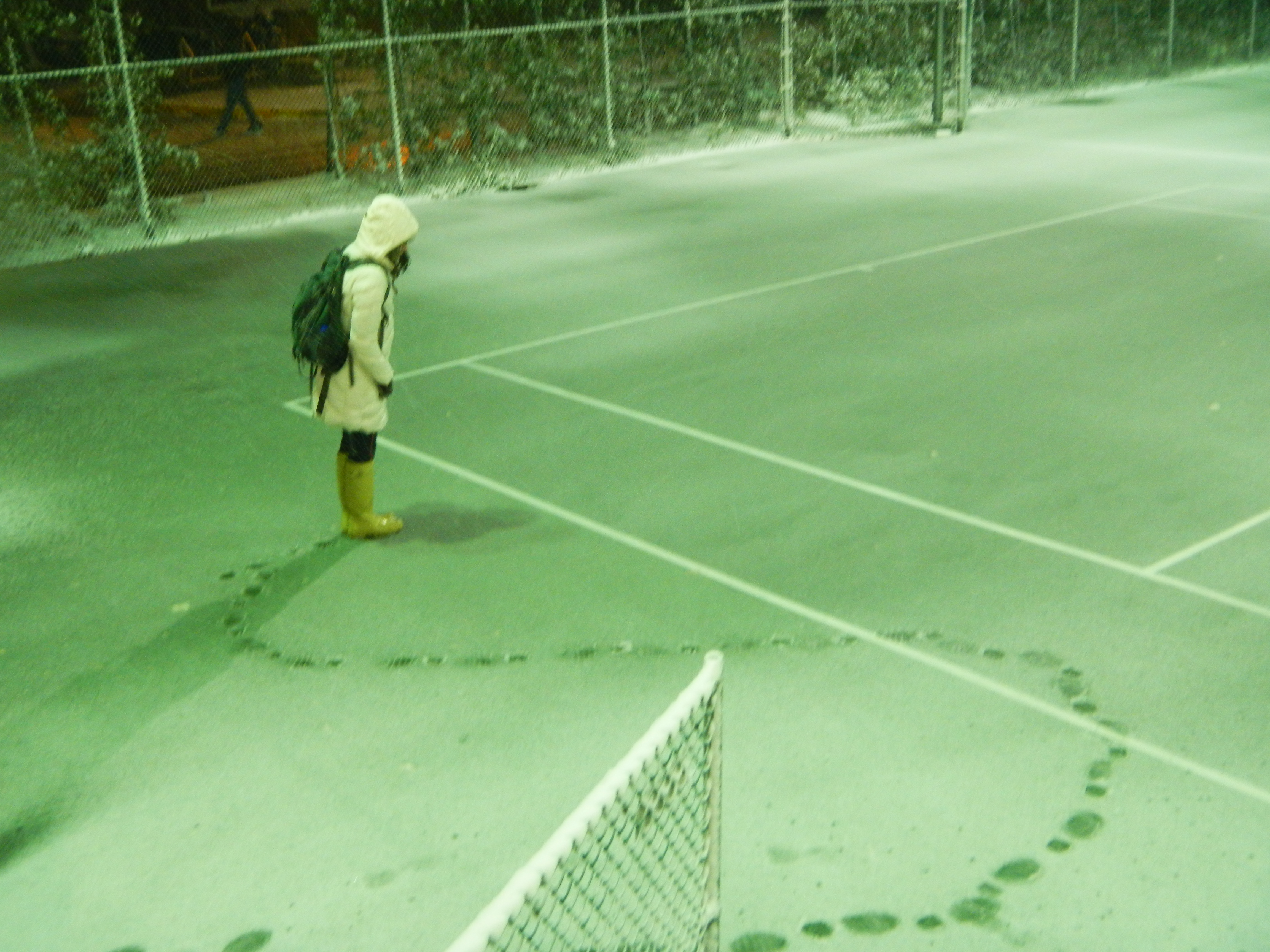 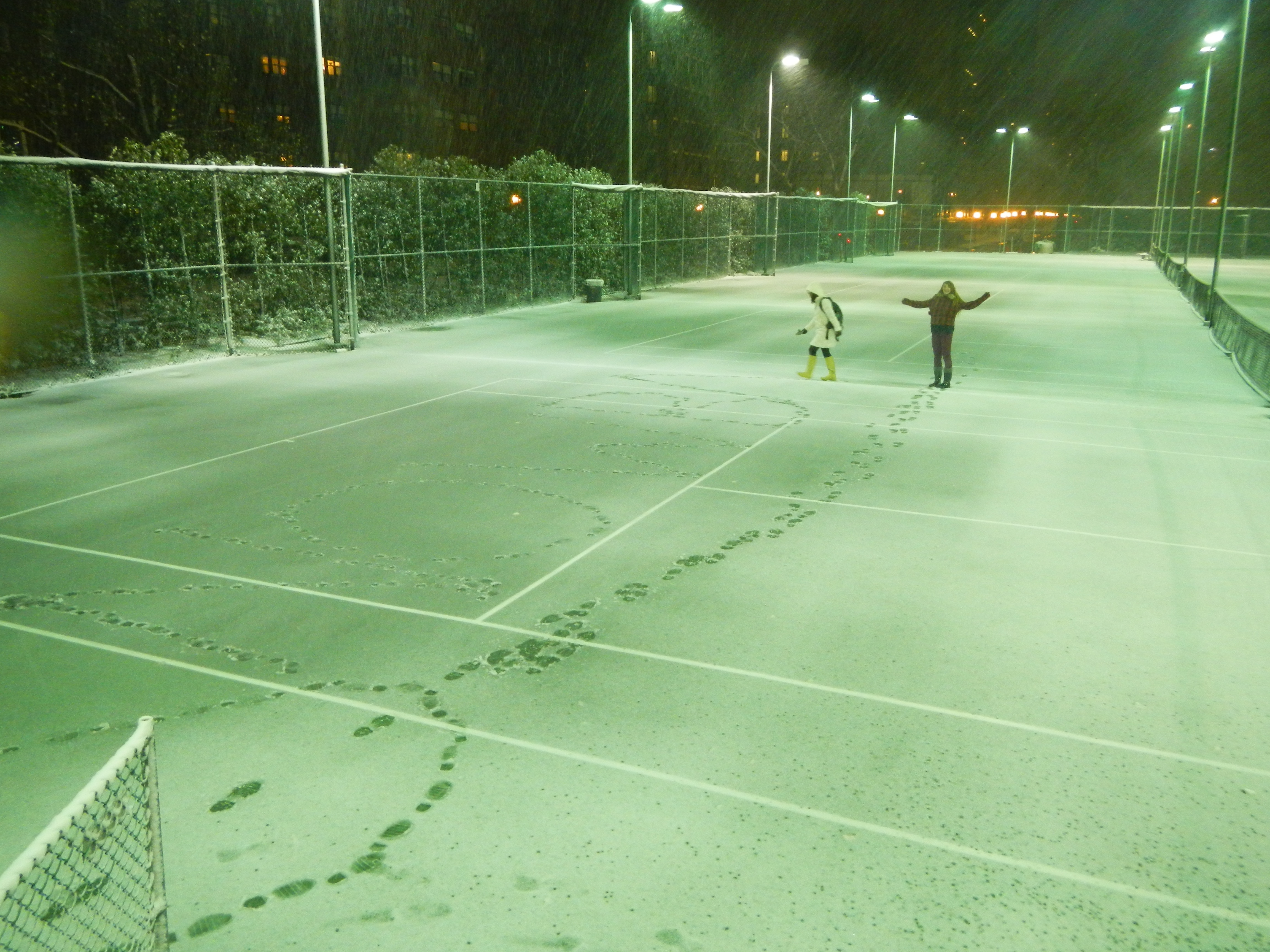 When the sun comes back out, it’s warm enough in December for me to wear shorts three days in a row, and when the sunset looks like sherbet, like this: 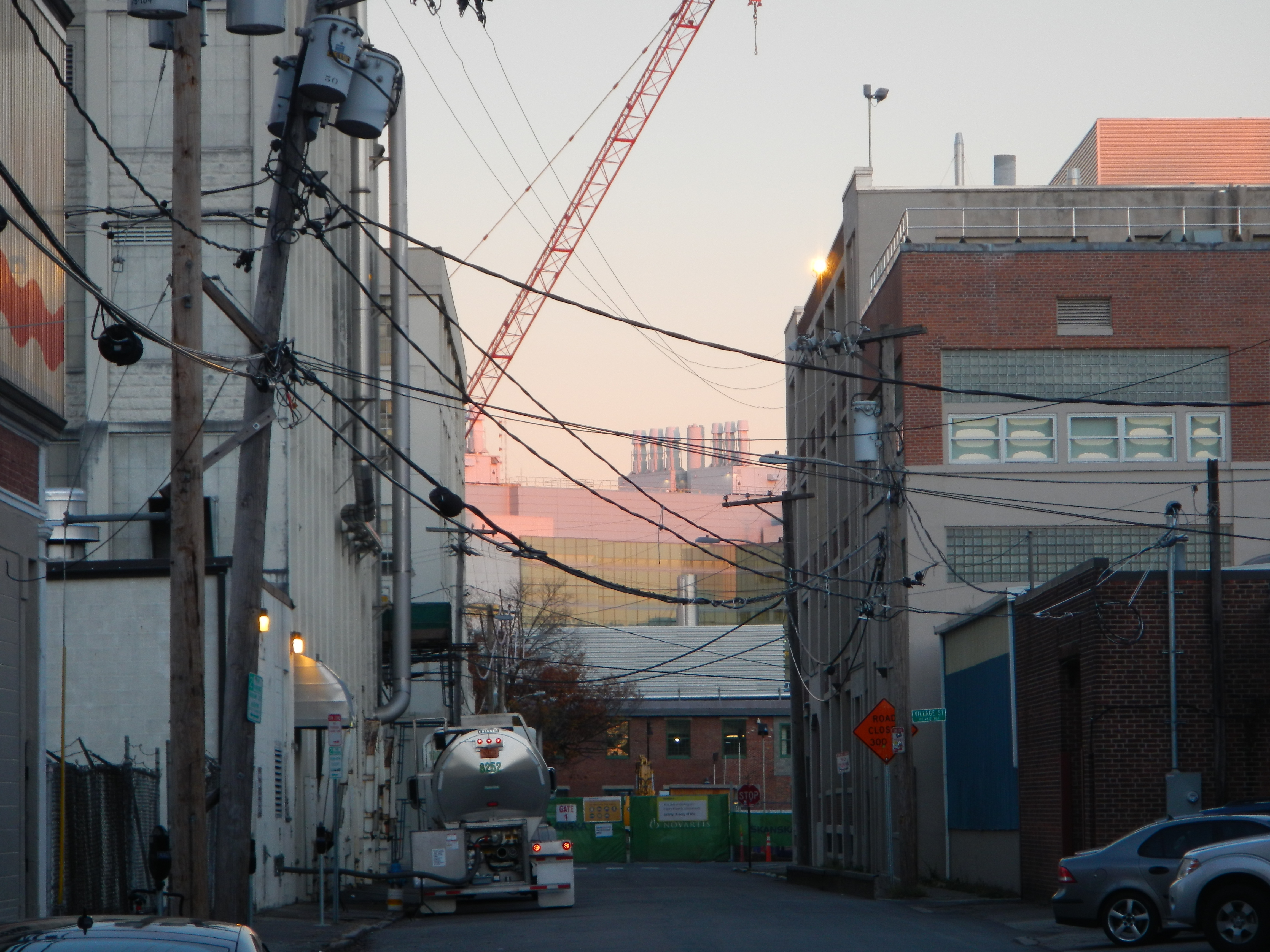 And when I turn eighteen, old enough that I no longer have to fax papers home for parent signatures, my best friend sends me a shirt with horses on it, and my roommate makes me a cake so fancy it looks storebought and so tasty I know it’s homemade. 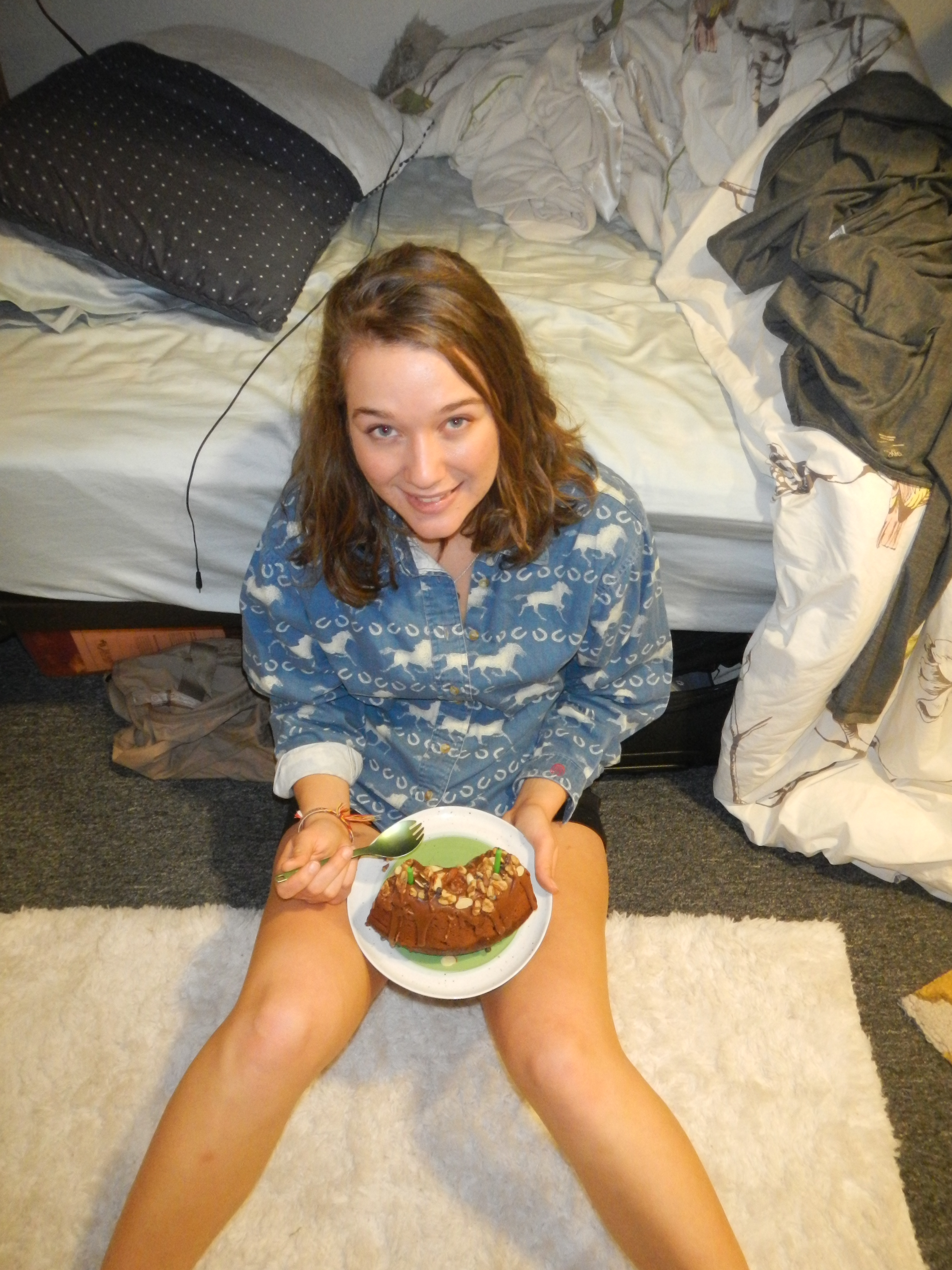 I’m taking things lightly. Finals are coming up, tension is rising, the semester’s winding up. I’m trying to wind down (not that I wound up sufficiently in the first place). I’ve implemented two new policies: I don’t lose sleep, and I never waste daylight. It’s going well. When the sun is out, I’m out. When I need to sleep, I do. A third policy: when there’s leftover cake in the fridge, I heat it up and have it with milk.