wits, skill, and the teeniest amount of luck

read to the end to find out what this is ;)

Last month, I had the pleasure of competing in dormspam-the-game!

Run by anonymous Gamemasters⁠01 I plan to update this post once they reveal their identities and funded by the de Florez Fund for Humor, dormspam-the-game was a series of 5 games played over 5 weeks. The first-place winners of each game progress to a live game show⁠02 Happening next week, Friday August 21 at 7:30PM ET! to compete for $399 while the other top scorers receive small monetary prizes.⁠03 the top 10 scorers win $15 each and the next top 20 scorers win $10 each Each game was advertised through “dormspam,” which is the is the term for emails sent through dorm mailing lists.

The games involved “wits, skill, and the teensiest amount of luck,” to quote the Gamemasters. I managed to place 3rd overall,⁠04 To be completely accurate, I actually had the 4th-highest score, but since the person who placed just above me won 1st place for an individual game, he was removed from the overall rankings to progress to the live game show. Thus I ended up 3rd and won $15 along with the other top ten scorers. winning a modest but appreciated $15!

In my opinion, winning required more luck than any wit or skill – and I can show this using the data collected from the games, which the Gamemasters have so graciously made public.

In this post, I’ve analyzed (with the help of the Gamemasters) and visualized the data from Game 1: Hide and Seek. My code can be found here. 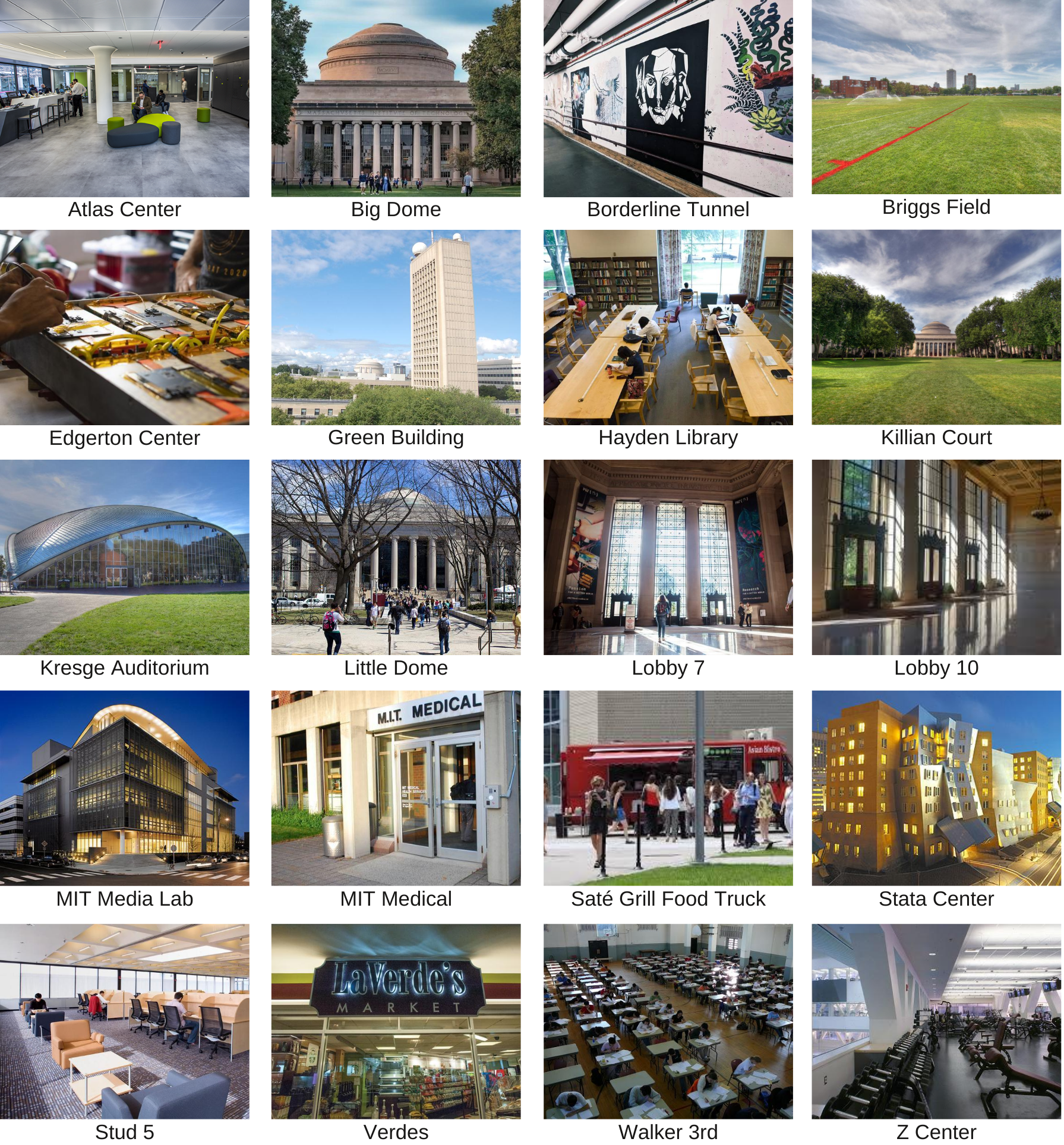 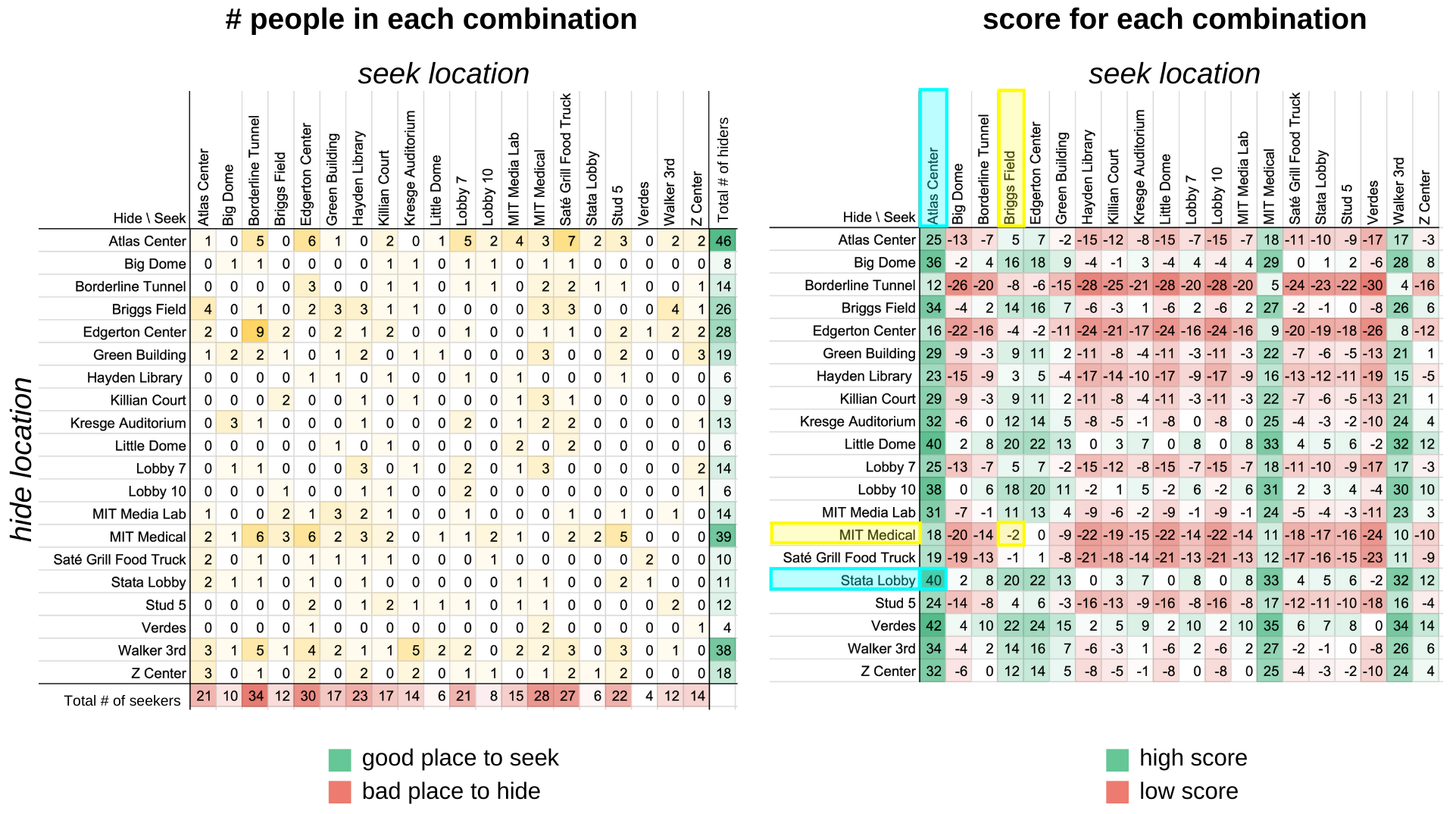 I made two animated visualizations⁠06 A bit bootleg, but I used matplotlib and ffmpeg rather than a dedicated animation library to better see how the game played out on campus.

What would an aerial view of the game have looked like? On the map below, I represented each of the 341 players as a point and show where they chose to hide and seek. I also the locations that I and the winner each chose. As you can see, the winner hid in an area with extremely few seekers and sought in an area with a lot of hiders. He did tie with one other person, but won due to the tiebreaker.

It was fun to play and then analyze this game! If you liked this post, look out for another one (or maybe two) with analyses and visualizations of the other 4 games!