How MIT has helped me keep a life long promise

For many people, the idea of “what do I want to be when I grow up” is a question that is easily answered when we are five or six (princess, tiger (shoutout to my little sister Mikayla), spaceman, firefighter, president, etc.), but as the time comes for us to truly decide what we are going to do with our lives the question becomes infinitely more difficult. As time goes on, it is no longer just a question of what you want to be, but also how much money will such a career much, does this career require formal education, if so how many years, do you need an MD, do you need a PhD, how often will I have to move, are there any jobs available in this field, etc. It is no longer a question that can be easily answered by just saying the first thing that comes to mind. There is time, thought, and effort that now has to be put into thinking about what is that you want to do for, potentially, the rest of your life. Even here at MIT this is a question that students struggle with. There are so many options that it can be hard to stick with just one. Nevertheless, due to an unfortunate series of events, what I want to be has always been pretty clear.

If you are new to the MIT blogs, mine in particular, there are a few things that you need to know about me before I continue. I lost my birth mother due to breast cancer in 2007. The day she died I promised her that I would do everything that I could to make sure that no one else had to suffer from cancer the way she did. That day, I began a binder full of cancer research wherever I could find it. That day, I decided that I would devote the rest of my life to cancer research.

As time went on after that, I would eventually run into an interesting word. I was in middle school when my eighth grade teacher gave us a list of words that we could choose from to do a research project on. I scrolled up and down the list until my eyes fell on the word “nanotechnology”. At the time I wasn’t very familiar with the concept, but it had the word technology in it. I felt that was about as close as I was going to get to anything math/science related in an English class, so I took it and hit the ground running. As I began to look into this tiny “technology” I began to realize its relation to medicine, specifically cancer.

Anyone who has known or loved someone diagnosed with cancer knows that chemotherapy treatment is one of the worst things a person can experience. As a kid I remember thinking that the “medicine” was doing more harm than the cancer was. Hair loss, weight loss, jaundice, etc. I hated everything that chemotherapy brought with it. However, during my seventh grade research project, I remember reading “If we can encapsulate chemotherapy drugs in nanoparticles we can kill the cancer without the side effects that are often very tightly associated with chemotherapy drugs.” It was then that I decided that nanotechnology was how I wanted to pursue cancer research.

After that project my scientific readings began to move towards how nanotechnology could be applied to cancer. My notebooks became full of things like “A cool nanoparticle that makes pointy Killer T-cells using RhoGTPases to adjust actin.” (Lol that specific idea was called “drill T-cells”) I would take these ideas to my biology teacher in high school, and she would look over and tell me what I might be doing wrong or how to improve my ideas, and I would go right back to the drawing board. I would read more papers on the new nanotechnology that was coming out, and how I could improve my ideas. There was one constant amongst many of the papers I read. Paula Hammond, Michael Cima, Sangeeta Bhatia, Frank Gertler, Robert Langer, (all MIT researchers) seemed to keep appearing in the papers that I read. In my head these people were what I had always wanted to be. These people had given their lives to research and to the end of cancer. I wanted nothing more than to be like them. I wanted nothing more than to be at MIT with them.

The second I got onto MIT campus, I began looking for a UROP. I was advised to wait until my second semester to begin a UROP, so that I could get adjusted to life at MIT first (good advice). Nevertheless, I settled on one with a Harvard graduate student at the Broad Institute in December that I would begin in February after IAP. It wasn’t at the Koch like I wanted, and it was kind of cancer research, but not really. I had just settled for the first real yes that I got. Fortunately, it fell through because there was no room in the lab. Looking back I was upset, but it ended up being one of the best things that could have happened to me. I ended up continuing my search for a UROP and finding one that I could do over the summer. It was at the Koch Institute, in nanomedicine, working on reducing chemotherapeutic side effects through nanoparticle encapsulation. I would be working under Dr. Paula Hammond, an amazing woman that had given me advice on what it would take to be a good nanotechnologist, and had told me that MIT would be a great place for college all the way back in eighth grade when I had visited MIT on a tour. I really could not have asked for anything more.

That is how I got where I am now. I have been at the Koch Institute all summer working on ovarian cancer nanomedicine. I am working under a fourth year graduate student on some cool combination nanomedicine development. Half way through, I got to sit in a meeting with Sangeeta Bhatia, Paula Hammond, Robert Langer, and Angela Belcher. I honestly almost died (#nerddreams). If it wasn’t for MIT, I know I may not have gotten this opportunity, especially not as a freshman.

Below is the first batch of nanoparticles that I created towards the beginning of the summer. 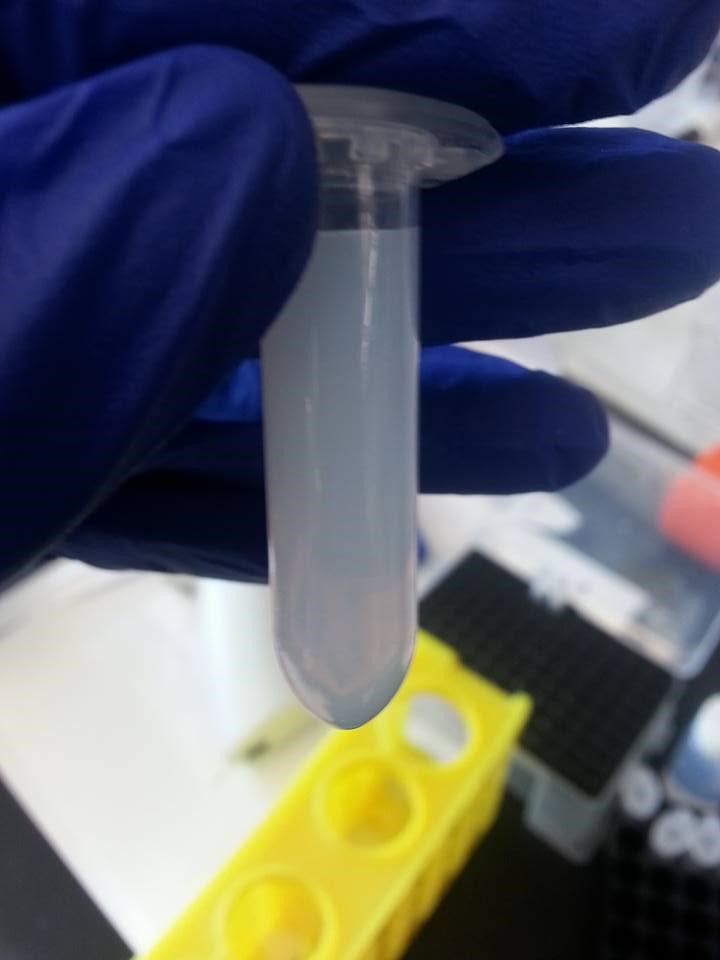 To many it would just look like a weird liquid, and in all honesty it doesn’t really do much. It was a test batch of particle I made so that I could learn how to make nanoparticle without wasting a bunch of expensive particle. However, right after I finished taking this picture I broke down in the lab. It was pretty gross, not going to lie. I probably shouldn’t have been crying in a lab, everything in it already looks like water, I don’t know what kind of reactions I could’ve set off. However, this batch of particles meant the world to me. I had spent so many sleepless nights in my life just staring at the ceiling, tears rolling down my face, worried that I would never be able to keep my promise to my birth mother. I had spent so many sleepless nights reading paper after paper after paper, hoping that each one would bring me that much close to a cure to cancer. I had so many old scars on my hands from walls I would punch in frustration, when I couldn’t save a friend’s mother from dying of cancer, because I still couldn’t find the cure. I had so much weight on my back feeling that the weight of cancer was sitting on my back, and my back alone. However, that batch of particles showed me that I might just be capable of finding the cure that I had promised I would find. Having the entire Koch Institute working on the same dream showed me that I was not alone in this dream. That there were hundreds if not thousands that were with me in achieving this dream, and who knows, maybe one day we might just do it. 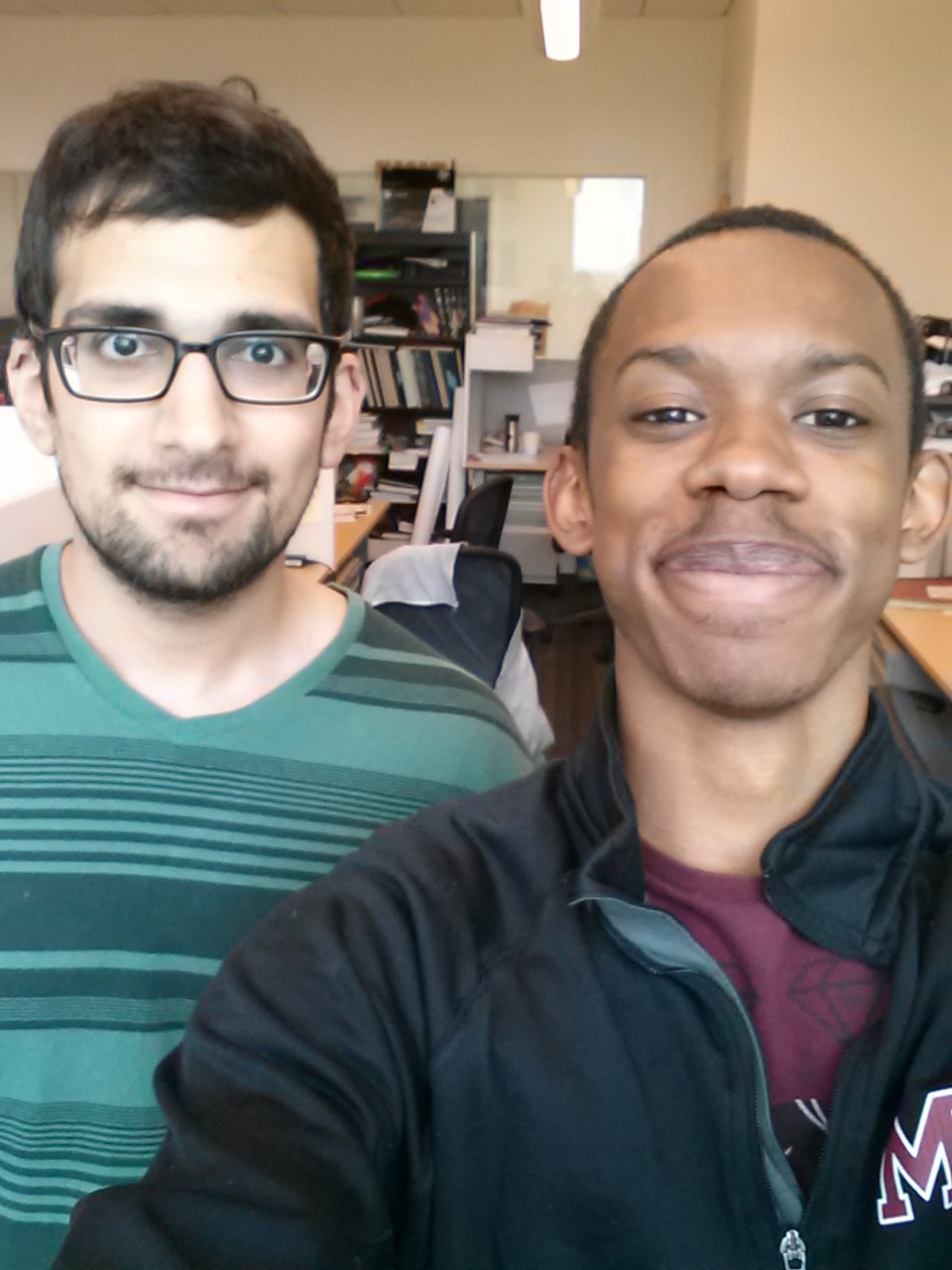 This is the graduate student that I am currently working under. One of the coolest and smartest guys in the entire world. He reached out and took a freshman for an entire summer, and I cannot thank him enough for continuously pushing me in the right direction. 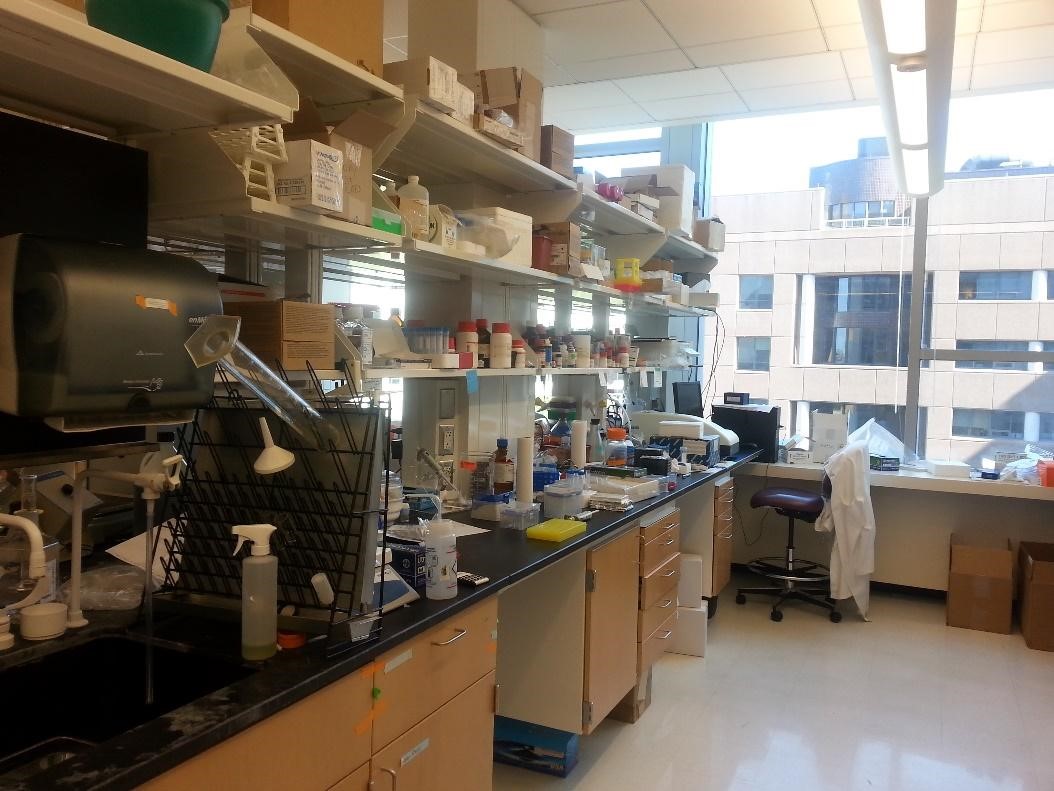 The lab in which I am working in. A beautiful bench if I do say so myself :P 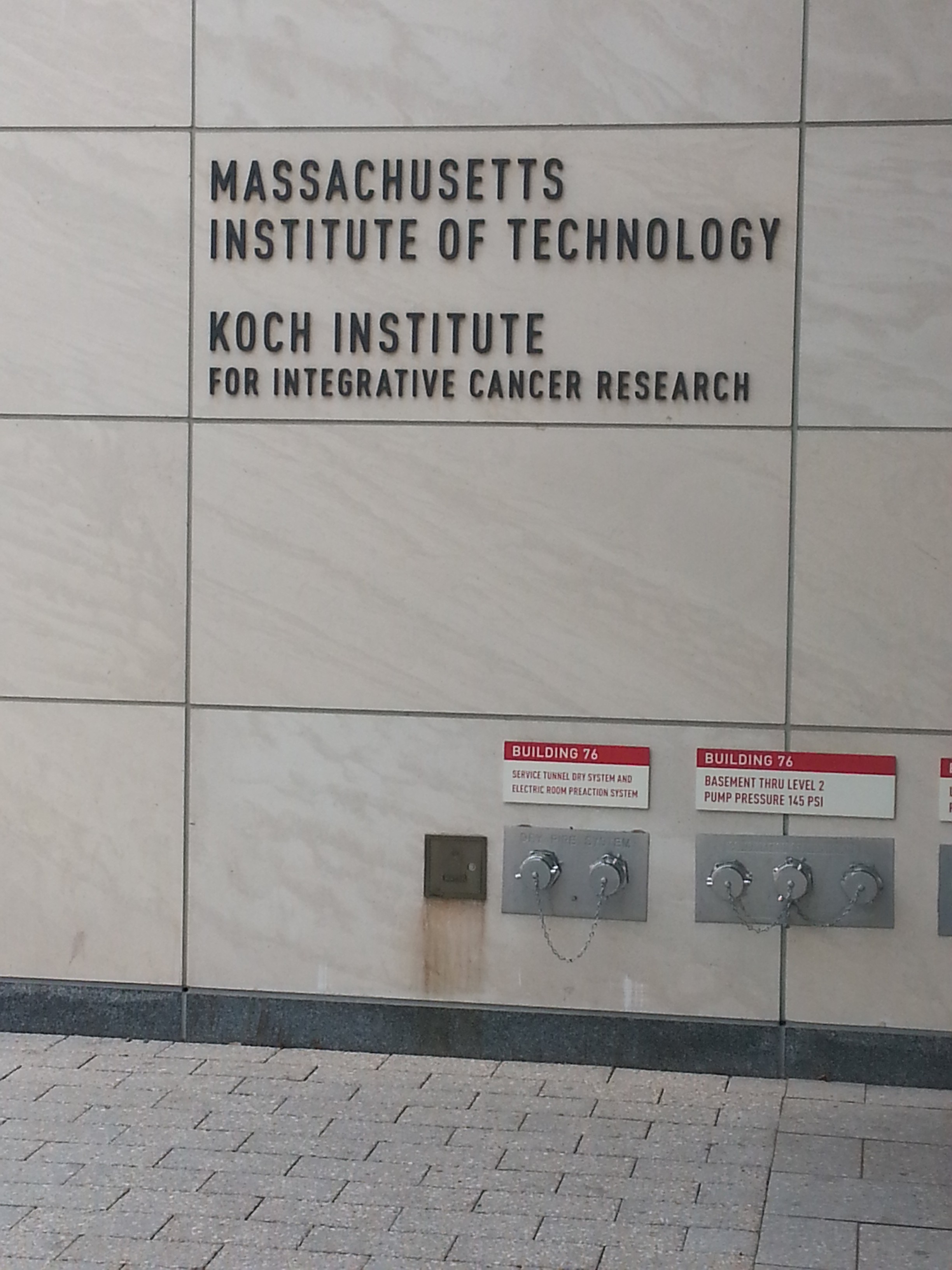 Says enough for Itself.