two of those three are related

There are few things that will make me wake up early in the morning:

Luckily, thanks to our friendly Senior Haus GRTs I was able to acquire number 1, and thanks to the obscene amount of tuition I’m paying MIT I was able to attend number 2 (and am also missing number 3), which is why I woke up early* this morning and trudged bleary-eyed over to room 26-100 for the first lecture of my MIT career. 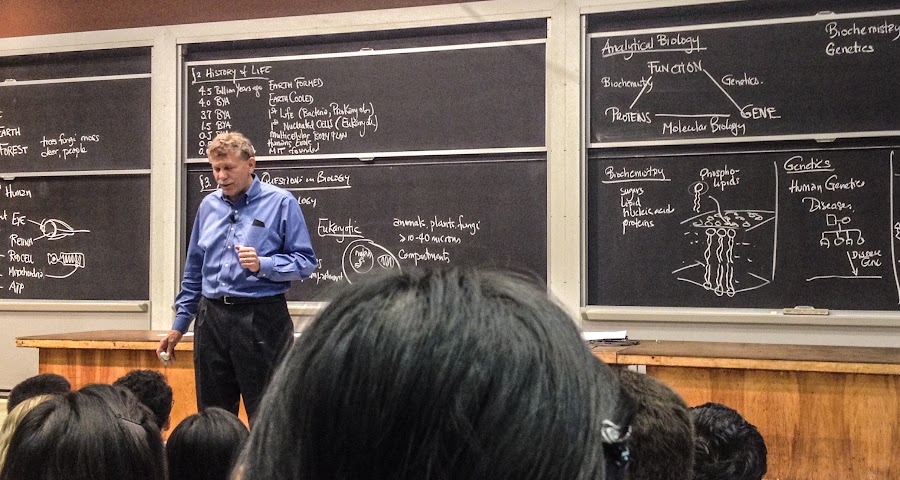 Eric Lander needs no introduction–unless of course you’ve never heard of him, in which case I’ll just say that he’s basically the rock star of biology: central figure in the Human Genome Project, founding director of the Broad Institute, math genius.  Oh, and he teaches freshman biology.  That’s why the first several rows of the lecture hall were already filled by the time I arrived 45 minutes early with a few friends, and also why our entire row was fangirling when Professor Lander finally walked in.

Choice quotes from the lecture:

Fun fact: Eric Lander can predict the future.  Or at least what will be on the front page of tomorrow’s New York Times.  That’s because he makes the news.

[edit: a few hours after lecture, look what appeared!]: 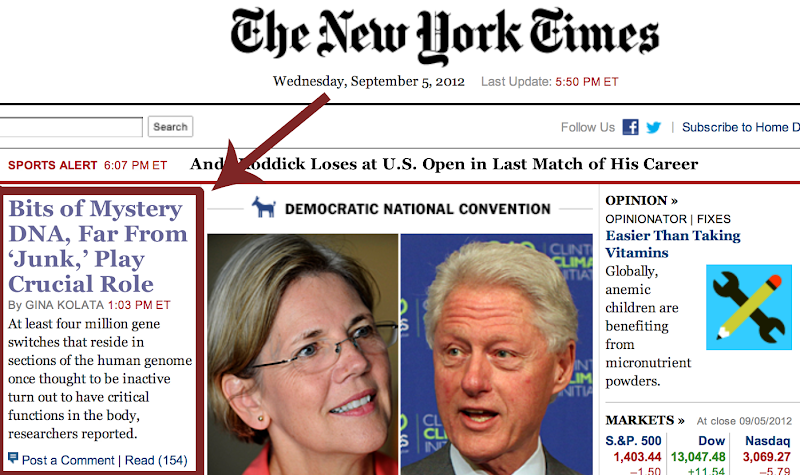 In other lecture-related news, the productivity geek in me decided to try out an entirely new note-taking system for college, which involves Evernote and occasionally my iPhone camera: 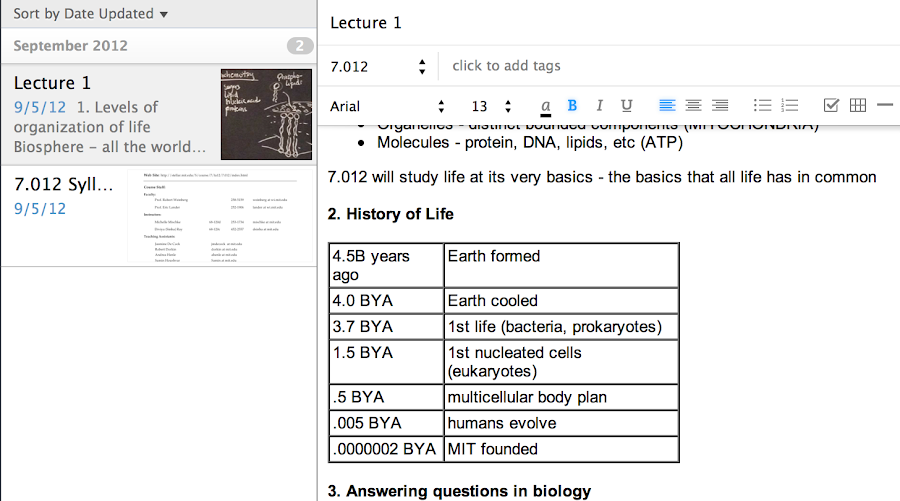 It’s not as streamlined as I’d like it to be because I’m still working out the kinks, but I tried it out during the biology lecture and it worked fairly well.  Typing text is no problem – for diagrams, I’m experimenting with taking photos of the chalkboard, which are then automatically synced to the note.  I’ll keep you updated on how it goes, unless I end up reverting to my previous system of scribbling on bits of looseleaf paper, in which case I’ll probably be too embarrassed to blog about it.

In other not-lecture-related news, I moved into Senior Haus (much more on this in a later post)! This also means that this will be the first time I’ve ever had to cook for myself, so instead of actually cooking for myself I had my friend Alex make spring rolls: 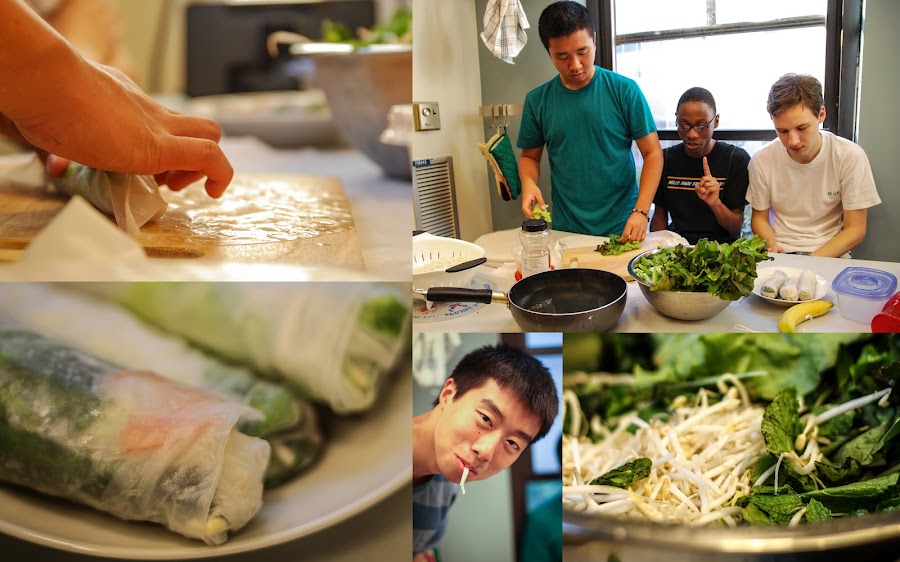 They were delicious.  As an added bonus, we didn’t burn Senior Haus’s brand-spanking-new kitchens down.

*(I run on MIT Standard Time, which means that anything before 2 pm is considered “early”)