Somehow, I’ve explored more of Boston and Cambridge while living in Central for two months during the pandemic than I did during my ~6 months at MIT. I’ve talked about the MIT Bubble on the blogs before, but damn…my experience living here for the summer only proves that I didn’t take advantage of my time at MIT nearly enough.

During the school year, the only restaurants I’d go to were Oath⁠01 small local chain with pizza that's basically flatbread and Saloniki,⁠02 Greek food with free fries for students ayy the two places closest to campus, as well as Flour,⁠03 sandwiches and delicious pastries. i'd die for a sticky bun Cava,⁠04 Mediterranean Chipotle, deadass. highly recommend and occasionally Roxy’s.⁠05 grilled cheese and milkshakes. they SLAP Now, most of these places are closed, so if I’m too lazy to cook, I have to go elsewhere.

Thankfully, there are plenty of opportunities to discover⁠06 safely and mostly via takeout, of course new places now. Here are some of my favorites!

A Mediterranean and American breakfast/lunch place located right near Central. It was pitched to me as a “cute place with baklava pancakes that have a cult following,” so my interest was immediately piqued. The pancakes did not disappoint—they were perfectly sweet with heapings of pistachios and a light syrup on the side. 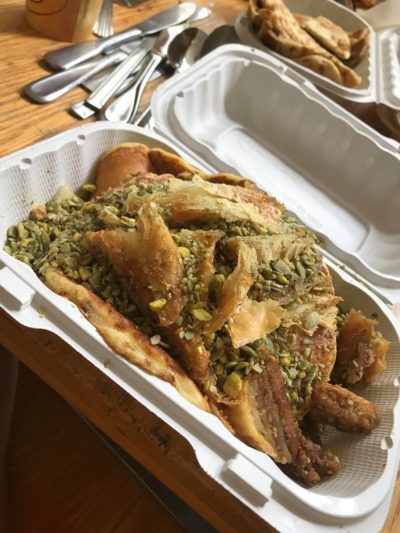 The other sophomores I lived with this summer have done a couple of family brunches with food from this place. Everything was delicious and the portion sizes are great! Also, the people who run the place are soooo friendly.

A cute cafe in Harvard Square that has authentic Liege-style Belgian waffles. It was sooooo good oh my god. I tried the Zinneken’s, which had whipped cream, Belgian chocolate, and speculoos,⁠07 spiced shortcrust biscuit and it fuckin slapped. 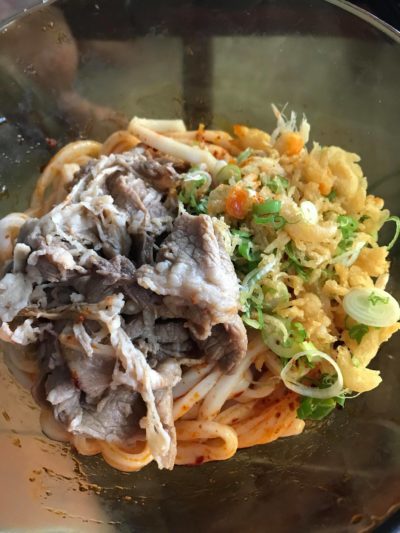 finished this in three minutes flat

This place. Oh man, this place. Would it be presumptuous for me to call these the best noodles in the greater Boston area?

This place is located in a corner of the Porter Exchange building. It’s very unassuming at first glance, but usually has lines that stretch all the way past the surrounding restaurants. When I tried to go in person last year, I gave up after waiting for 20 minutes with no end in sight. However, ever since everything shut down, they’ve been doing takeout!! Which is unprecedented and a true blessing! Given, it’s a bit pricey, but it’s worth trying at least once.

A bakery in the North End⁠08 Boston's Little Italy that opened all the way back in 1932. It’s open 24 hours a day, which is awfully convenient for students who are craving something sweet at 1 AM. It’s a ~45 minute walk from MIT, but so worth it⁠—plus, you feel better eating dessert after having worked for it. When I went, I got the lobster tail and chocolate bomb, which were both delicious.

According to my sister and a few other East Campus friends I know, Bova’s is a huge thing there; residents go pretty regularly throughout the year since it’s open all the time. Apparently, though, it’s more popular in the east parallel of EC? Interesting…

I’ve never had Uyghur cuisine, so this was a great restaurant to order from. It’s located up in East Cambridge, which isn’t too far of a walk from my apartment, but dining in isn’t an option at the moment. The food was spicy and delicious, and the portion size was great! I’d definitely recommend giving this place a try. 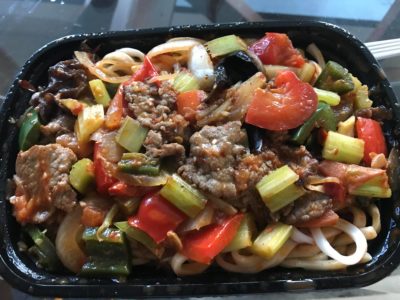 This place is right in the middle of Chinatown, so I’ve walked by it countless times without knowing how freaking amazing it is. It’s known for its beautiful sashimi bowls, which are a bit pricey, but super worth it…eating sashimi after so long was literally orgasmic. There are also some cheaper noodle/bowl options if you’re looking for hot food! 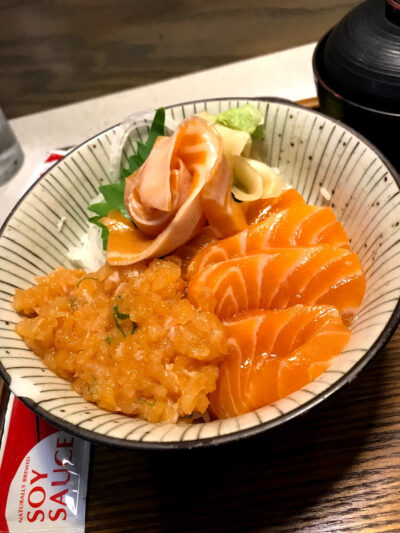 This place is right in Kendall, so it’s a two-minute walk away from my apartment, which is pretty awesome. It has a variety of fried chicken options that all slap. Would recommend if you’re trying to grab a quick bite and are bored of getting Chipotle literally every single day.

And that’s it! If you’ve been to any of these places, let me know what your thoughts are :)