MIT classes are divided up into units. The average class is 12 units. The average MIT student takes four classes per semester, so usually around 48 units. Still, imposter syndrome comes up when everyone around you is (seemingly) taking more. I came across a previous blogger’s post, Danny B.D. (we read the MIT blogs when procrastinating too), who captures this anxiety perfectly. He wrote:

“’You’re taking four classes? But So-and-so is taking five! And that kid down the hall is taking six, while also working two UROPs! Am I not doing enough? Maybe I should add a cla—’

Stop. Breathe. Your time at MIT isn’t defined by the number of units you’re taking. If you’re the kind of person who can maintain your sanity or enjoys the light chaos of taking tons of classes, go for it, but the number of classes you take doesn’t determine you at all. Above, below, or exactly four per term is your own choice, and you should work where you’re happy and productive.”

Indeed. MIT is a weird place where people feel inferior to their friends when they’re only taking a reasonable and recommended amount of classes per semester. My entire time at MIT I’ve been fighting off this imposter syndrome feeling. I’ve tried to shift my focus from what grades I get relative to my peers onto whether or not I’m taking full advantage of being in the intellectual and geographical center of where the newest advancements in science and technology are made.

Which brings us to the number 42.

According to Wikipedia: “42 (forty-two) is the natural number that succeeds 41 and precedes 43.”

According to The Hitchiker’s Guide to the Galaxy: “42 is the Answer to the Ultimate Question of Life, the Universe, and Everything”

To me, 42 is the number of units I’m taking this semester. I’m taking four classes, but they count as less units because they are known to not be as time consuming. The classes are still challenging, especially as I try to squeeze in a week’s worth of work into today and tomorrow because I’m going to SXSW on Wednesday. But I’ve chosen these classes because the material will help me with my goal of graduating with enough knowledge and practice to launch a start-up. As part of my Course 15 (management) curriculum, I get to take classes with MBA’s and learn about strategy directly from experienced founders who come in as guest speakers.

This is what I’m taking this semester:

The lesson I learned on the first day of Stats is probably one of the most important: Graphs can lie. 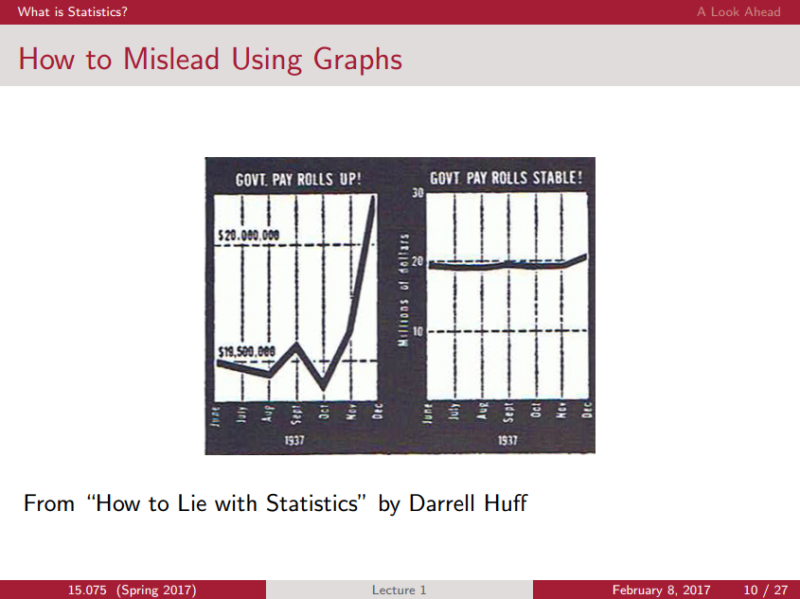 Both graphs represent the same data, but one would probably freak people out while the other one seemingly shows no changes. How one chooses to display data could very well affect what decisions are made. The class is taught to Course 15 undergrads and gives an overview of how to best organize and display data to gain valuable insights for decision making.

15.812 is the introductory marketing course for the MIT Sloan School of Management MBA’s and for Course 15 undergraduates. The class is structured around the 5 C’s of marketing strategies (Customers, Company, Competitors, Collaborators, and Context) and implementing those strategies through the 4 P’s of marketing tactics (Product, Place, Promotion, and Price). We go through the marketing plans of companies like Airbnb and Dropbox while also analyzing non-traditional businesses. Our last case study was on Lady Gaga and her ad hoc social media campaign which circumvented the way that artists traditionally gained notoriety around her time.

Competitive strategy is another course that counts for the Sloan School’s MBA curriculum, and I’m taking this one with a lot more MBA students than my other classes. The class focuses on the strategy frameworks and methodologies employed by different companies, large and small, that they use to gain a competitive advantage in their industry. So far we’ve looked at examples like Bombardier who beat out competitors by focusing on quality over low-cost products. We also have sessions where we break down a topic like game theory or competitive advantages through value chains.

My favorite class. Offered this semester for the first time, this class is sponsored by the Oculus NextGen program to educate students on virtual reality and immersive media production. Initially I didn’t get into the class, but then I sent the longest email I’ve ever written to the professors detailing why I plan on going into VR after I graduate, how I got started in VR, every blog post I’ve written related to virtual reality, and photos of every VR event I’ve been to in 2017 so far. I also went through the syllabus class by class and explained what I would have like to discussed in each class. I really wanted this class. Seriously, look at this syllabus.

I was able to get into the class when an extra seat was available and I’ve been loving it. My favorite guest speaker so far was Brian Chirls, CTO of datavized, who gave some really valuable insight on what kinds of experiences work best in VR. While I’ve been getting into VR all throughout January, I’ve definitely benefited from learning it in a formalized setting. 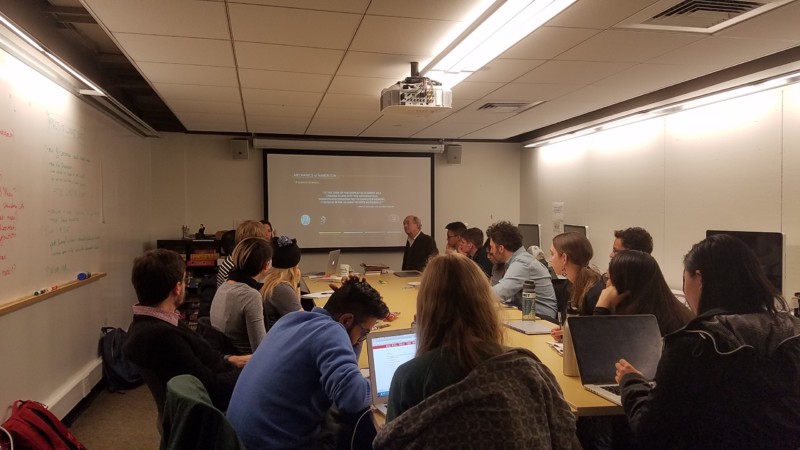 As part of the class, each student team also gets access to an Oculus Rift, a Samsung Gear VR, and a Samsung Gear 360 degree camera to mess around with, along with 24/7 access to the MIT Game Lab as a working space. 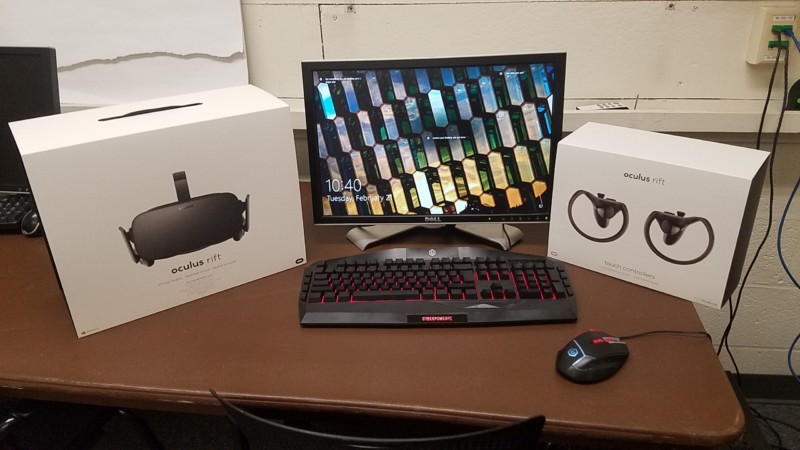 Jaw dropped when I saw how much tech they had available for us to use. So many Samsung Gears and Oculuses (Oculus? Oculi?) in one cabinet. 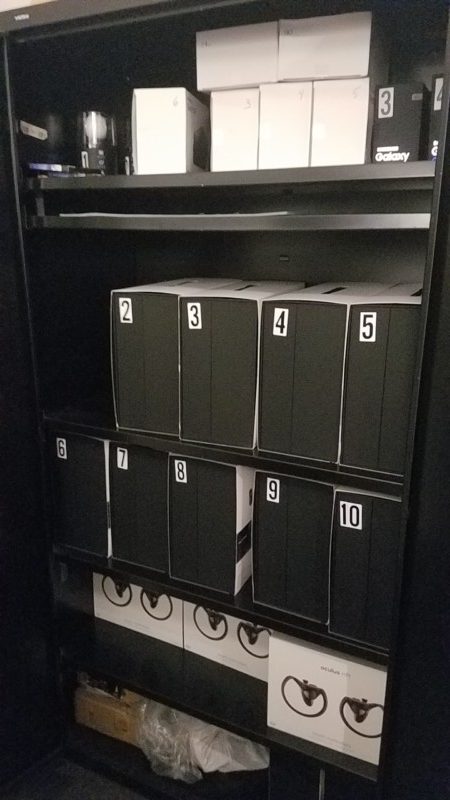 It’s a busy semester, but an exciting one.