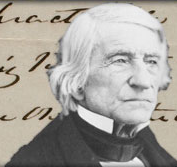 I have just returned from giving a lecture in the Dowse Institute in Cambridge, and shall have time for only a short letter. Much occupation before the Committee of the Legislature and several meetings have prevented my writing within the past week.

Last night, by special invitation, the Academy met at the house of President Quincy to mark the anniversary of his birthday, on which he entered on his ninetieth year. The meeting included almost every member. Several congratulatory and other speeches were made, and the venerable old man read in a very distinct voice quite a pertinent and touching reply to Dr. Bigelow’s address. Then followed Felton, and Mr. Savage was importuned for a word, which was characteristic, as usual. I was urged to speak, and did so.

Our Technological matter is still before the Committee. No opposition has appeared but that of the Secretary of the Board of Education, a newly appointed officer of little influence. I think we shall succeed, though movements of opposition, of which we know nothing, may defeat us. The interest excited by the Technological plan among the intelligent and liberal-minded is rapidly extending; only last night Charles G. Loring and Judge Washburn asked to be enrolled as members. John A. Lowell takes a lively interest in the matter, and I think will help it substantially.

I am sorry, my dear brother, that I can give no reliable good news in regard to political prospects. The seceding States – Florida, South Carolina, Georgia, Alabama, Louisiana and Mississippi – will endeavour to form a Southern Confederacy, and strive with all their power to carry the border States with them. The latter, especially Virginia, are anxious to remain in the Union, but their perverted ideas of the hostile purpose of the Republican Party and their pro-slavery prejudices make them urge conditions which the States cannot assent to without a total abandonment of principle. The Bell-Everetts and Democrats here, such as Curtis, Hillard, etc., are trying by Union meetings and other appliances to induce the great public in New England to give way, on the ground that the Union should be saved at whatever cost.

The fears of State Street and the prejudices of Beacon Street may have some effect, but the great mass of New England and, I think, of the free States in general, will refuse a compromise which claims national protection to slavery far beyond the extent of the present Constitution. I think, therefore, that unless Virginia and other border slave States moderate their most extravagant demands, the line of separation will be drawn for the present so as to place them with the seceders. Still, I have no belief that this would be their permanent place. Even now I think that if secession can be postponed in these States a few weeks, the inauguration of Lincoln, and the proofs of moderate counsels which he will at once give, will so assure them that they will be anxious to remain under the old Constitution. But what a demonstration has been given to the world in the last few months of the demoralizing and corrupting influences of slavery! Who could have imagined that individuals and communities, previously recognized as cultivated and honourable, should have shown themselves capable of such treason? …

Do not suppose from what I have written that we are despondent or very anxious. We believe that the free States can get on very comfortably by themselves should separation be necessary. In my next I hope to have better news to tell. General Scott will take care that the fire-eaters shall not interfere on the day of the inauguration.

God bless you, my dear Henry and Eliza. Love and a kiss to our dear little Edith. In haste, but as ever your devoted brother,

From the Life and Letters of William Barton Rogers

My name is William Barton Rogers. The reason you may already know my name is most likely related to my efforts (and success) in establishing and leading MIT during its early years. MIT was incorporated in April of 1861. A year later, at the first meeting of the Institute’s incorporators, I was fo…
Keep Reading