The same, but different...

I’d intended to write this post the first day of classes, but was swept up into the chaos of starting the school year, which has been a special and different type of hectic every year that I’ve begun classes here. This year it involved running across town to Harvard, where I’m taking a Chinese literature class, looking frantically for potential thesis advisors or a new UROP, and pre-semester cleaning of my new home, the DPhiE house (it looks wayyyyy better now!)

I was struck by how different my first day was, but also by how similar it felt to my first day as a freshman.

Freshman year, my first class was 18.02: Multivariable Calculus. I walked into 26-100, an enormous classroom, into a throng of students all seated before the array of blackboards, the backdrop of a stage where Professor Minicozzi often played the role of both a math professor and a comedian. The room is so large that he has to have a microphone. By the end of the lecture, I was excited (wow! College! Multivariable calculus!) and also terrified (there’s 800 million freshmen and they are all 800 million times smarter than I am….)

Senior year, my first class was 2.74: Bio-Inspired Robotics. I walked into 3-333, which is a conveniently alliterative small room. Scarily small. I’ve never been in an engineering class so small. Of course, this is also a grad class, which partly explained why. Professor Sangbae asks, “how many of you are graduate students?” and about 75% of the room raises their hands. By the end of the lecture, I was excited (wow! A graduate class! Being taught robotics by the same people that did the MIT Cheetah!) and also terrified (two-thirds of this class are graduate students, some of them working on their Ph.D, and I have to do the same work that they do… O__O”)

My emotions have been the same, excitement mixed with terror. MIT is terrific, in both senses of the word. But it was the similarities that made me realize how different my life is now, how different I am. The stakes have been raised dramatically. I didn’t expect senior year to feel like the same ‘level up’ that freshman year did, but it does (probably because all my classes are grad classes).

Freshman year, I was taking 18.02: Multivariable Calculus, 8.01: Physics Mechanics, 3.091: Solid-State Chemistry, 21F.076: Globalization, and 21F.181: Chinese Streamlined 1. That was 5 classes (not all were “full” classes of 12 credits) which was a lot. These classes are pretty self-explanatory, and to be completely honest as they’re mostly General Institute Requirements (GIRs) I wasn’t very passionate about them.

Senior year, I’m only taking three classes, but they all require a lot of time, effort, and commitment. 2.74: Bio-Inspired Robotics. 2.75: Medical Device Design. CHNSE166R: Dream of the Red Chamber (at Harvard).

Dream of the Red Chamber, or 红楼梦(Hong Lou Meng) is one of the four great classical Chinese novels. We are reading the original text, and this is the first time I’ve been this excited and this terrified in a humanities class. It’s essentially the equivalent of Hamlet, filled with words we don’t use anymore that are basically akin to “thou” and “wherefore art”, except I’m not even that fluent in modern Chinese. I’m scared for my life (and my grade) but also looking forward to reading my first-ever complete(ish) novel in Chinese (starting with this one might be a mistake….) Normally, the only classes that scare my pants off have been engineering classes, so I’m excited to be really challenged in a completely different way (excited to be scared?? This is what 3 years of MIT will do to you…)

2.74: Bio-Inspired Robotics is taught by Professor Sangbae Kim, who led the famous MIT Cheetah project. He expects to all leave lecture marveling at our own bodies. Nothing humans have ever built is even close to the compact, efficient, yet powerful abilities found in nature. So, in a can’t-beat-’em-join-’em attitude, 2.74 aims to teach how to take principles from nature and apply them to robotics. Definitely the coolest video we watched in class so far is this snake robot, built in the Hirose Lab in Tokyo. The earliest version was built in 1996!!

The part where it’s swimming (0:53) is the coolest!!
…and as students in this class, it’s our semester project to build something like that. Well ok, probably a lot simpler because we’re not researchers and we only have 3 months, but still!!!

2.75: Medical Device Design is taught by Professor Alex Slocum who is actually crazy, and I mean that in the best way possible. He wears hawaiian shirts everyday all the time everywhere. Just to make this clear to you, here are some fantastic Slocum quotes which I wrote down during lecture. (In my defense this was recorded during class anyway (I’m assuming for some MITx or OCW type thing) so it was already more or less public *cough*)

The scrap wood from the MIT Hobby Shop is put into burn boxes, a common practice. Except, these burn boxes are sent to Professor Slocum’s farm. To be burned. At his farm. He has some sheep there apparently.

We just ranked the projects we wanted to work on for 2.75–we’ll develop each project idea into a prototype by the end of the semester. The project I ranked #1 for 2.75 is a monocyte separation device to isolate white blood cells. Jargon aside, it’s essentially a piece of diagnostic equipment that will most help those with HIV/Aids, sepsis, or other immune deficiency oriented diseases. Making an improved, cheaper device will allow more people access to earlier diagnoses. Improving access is something close to my heart, so I was really sold on this project when the presenter said the goal was to make something accessible enough to be used in regions like Sub-saharan Africa, where access is lacking. It’s also likely going to be a complex prototype involving integrating several currently separate machines, which I thought would be closest to the type of work I want to do in the future (robotics!).

While I am excited, I know now (as an old, decrepit senior) that this is not all going to be roses and butterflies–this year is going to be stressful, but hopefully it will also be fun, and one thing that’s certain is that I will again grow and learn a lot.

And that’s a pretty good feeling to have. 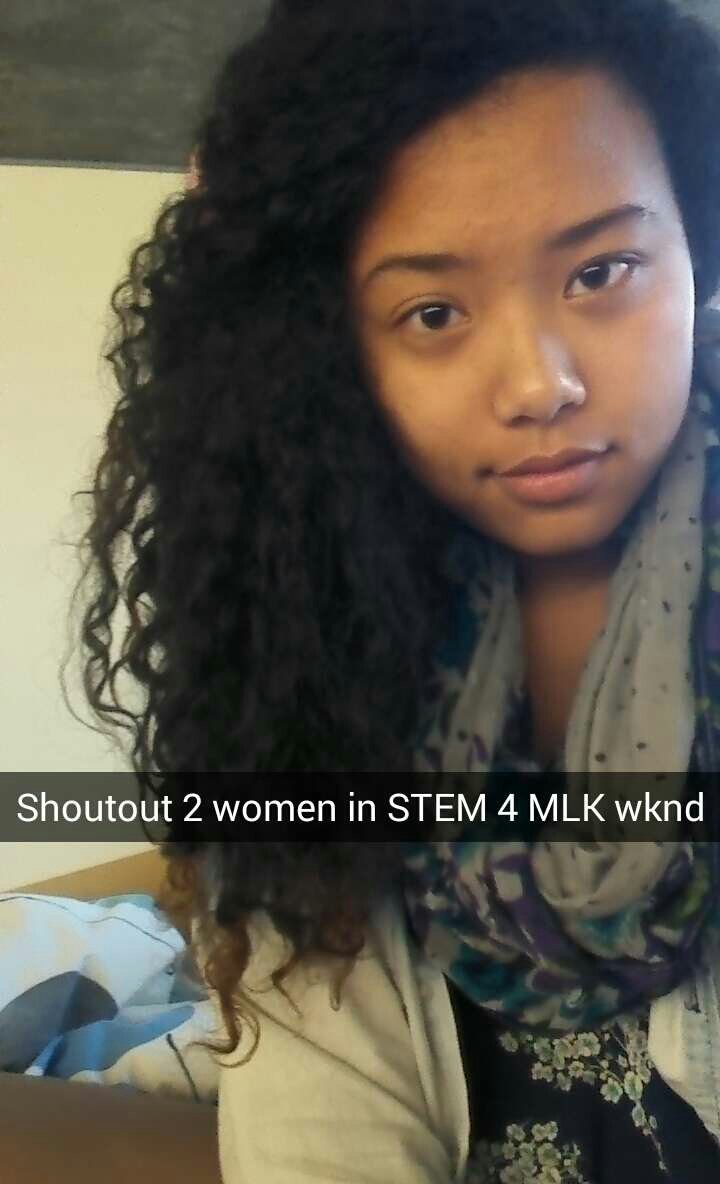 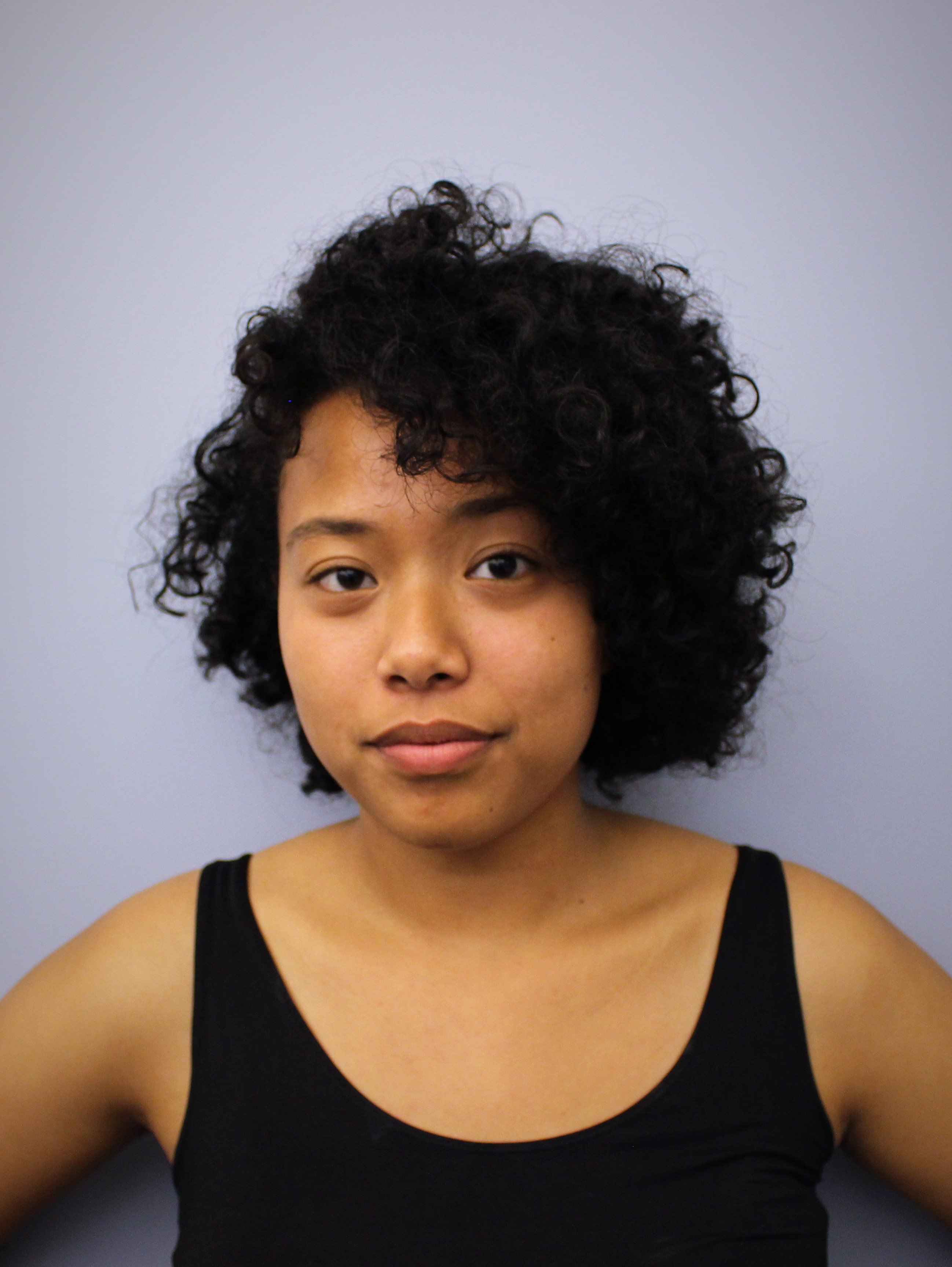 The photo my avatar is based on (a low-quality snapchat from freshman year) and a photo of me now (taken by Marilynn B. ’18)