You'll see why in a bit

I love going to the MIT Media Lab. Being part of the MAS Freshman program, I spend a lot of time there. It’s a research facility that specializes in projects that focus on interfaces, interactions, and communication between man and machine. And it looks like the USS Enterprise merged with the Men In Black Headquarters, except without aliens (for now). Normally, I would be there for my Fundamentals of Computational Media Design class (MAS.110) or for just getting “lost” in the many halls of the labs, looking at every project I can find. But today, I was there to attend the final presentation of the class Science Fiction to Science Fabrication (MAS.S65). In the classs, grad students would be exposed to various science fiction books and then create a final project based off an idea from any science fiction story they so wish (Hopefully no one ever makes Soylent Green). I took my seat as the presentation started.

I looked around the room to see who was presenting first. This caught my attention. 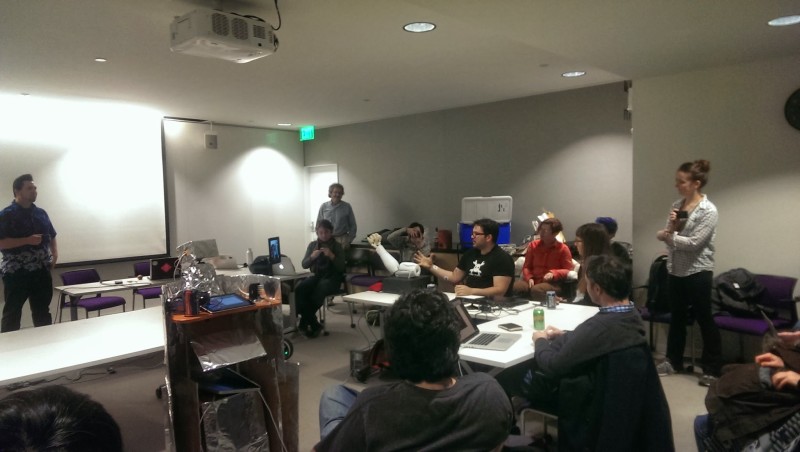 Good enough view? Not for me either. So I got a closer one. 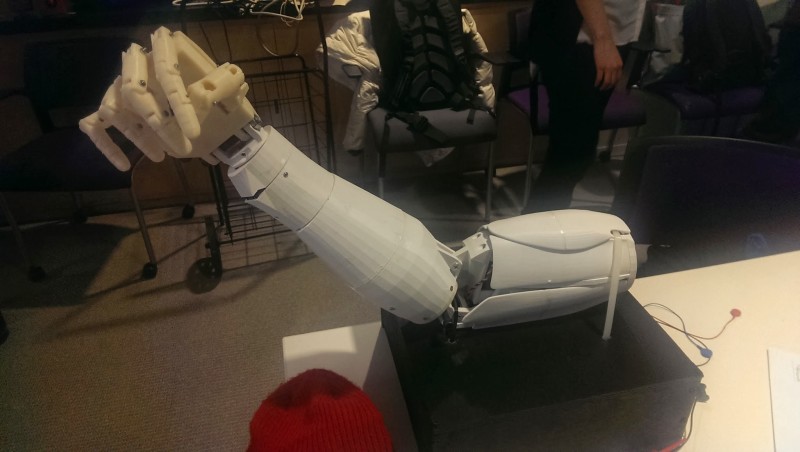 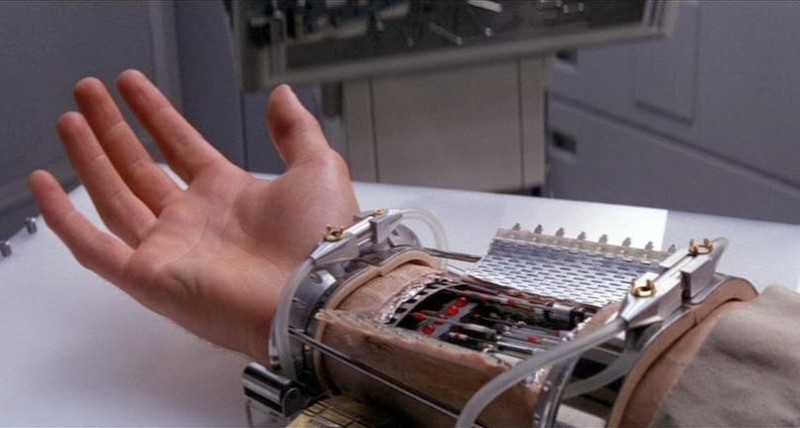 Ok, so maybe I’m getting a little overexcited, but I think that’s the point. I know robot arms aren’t the newest thing around but I’ve never seen one in person before and here was a project by student Guillermo Bernal where he nonchalantly made his robot arm mimic basic gestures triggered by bio-signals sent from his actual arm.

After my excitement calmed, down, the next project was up. This one was based off of the 1963 novel Cat’s Cradle, by Kurt Vonnegut. It involves a polymorph of water known as Ice-9. When it comes in contact with water below 45.8 °C, it acts as a seed crystal and freezes the entire body of water. Curious with the idea of Ice-9, Ermal Dreshaj and Sang-won Leigh began looking for a substance with similar properties and found sodium acetate, a food-grade compound that would stay a liquid at room temperature until it was agitated, thus solidifying the liquid. Using Rhinoceros 3D, they made molds of tools that could fit into glasses. Just imagine James Bond at a cocktail party, waiting for just the right moment to drop some sodium acetate into his drink to make any tool needs and then re-liquefy it to use again later. 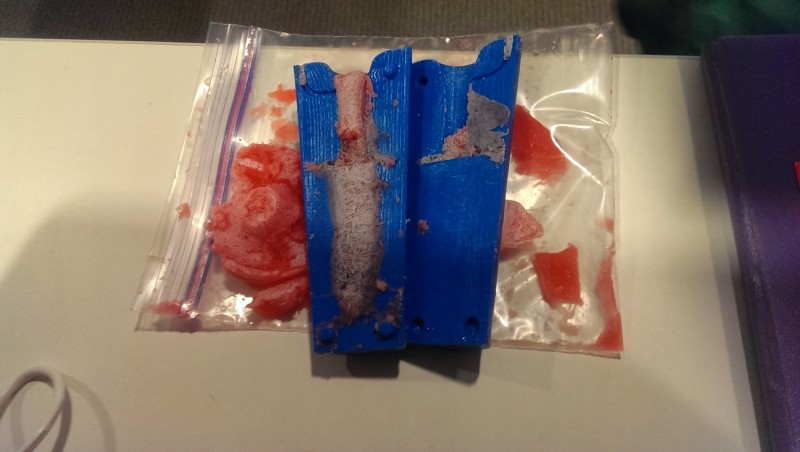 Not shaken nor stirred.

The projects kept on coming. Alexis Hope, Felix Heibeck, and Julie Legault presented “Sensory Fiction”, which uses lights, sounds, sensors, and even a wearable to create an “immersive reading experience”. The wearable gets hotter and the lights get brighter if the main character was at, say, a beach. It could also vibrate in a pattern similar to a heartbeat to simulate the character’s heartbeat in the story during intense or relaxing scenes. 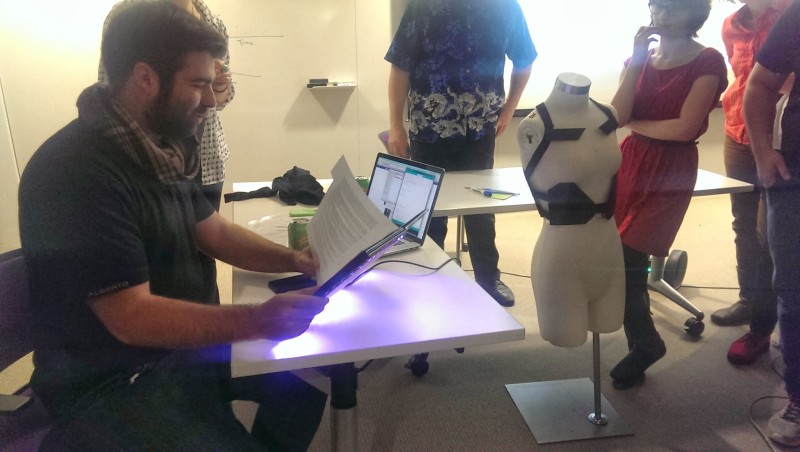 Just like those 4D movies where the chairs move and wind is blown in your face. Except this is with reading.

Another project was a visual representation of the MIT Media Lab (Building E-14) by Paloma Gonzalez. Kinects had been set up throughout the Media Lab to track movement. The data was collected onto a diagram map that reveals the most commonly taken paths and the areas where people stand the most, along with creating an awesome visual that puts Windows screen savers to shame. Using this data reveals how people move about inside a building and can potentially influence and optimize future floor plans and architectural designs. 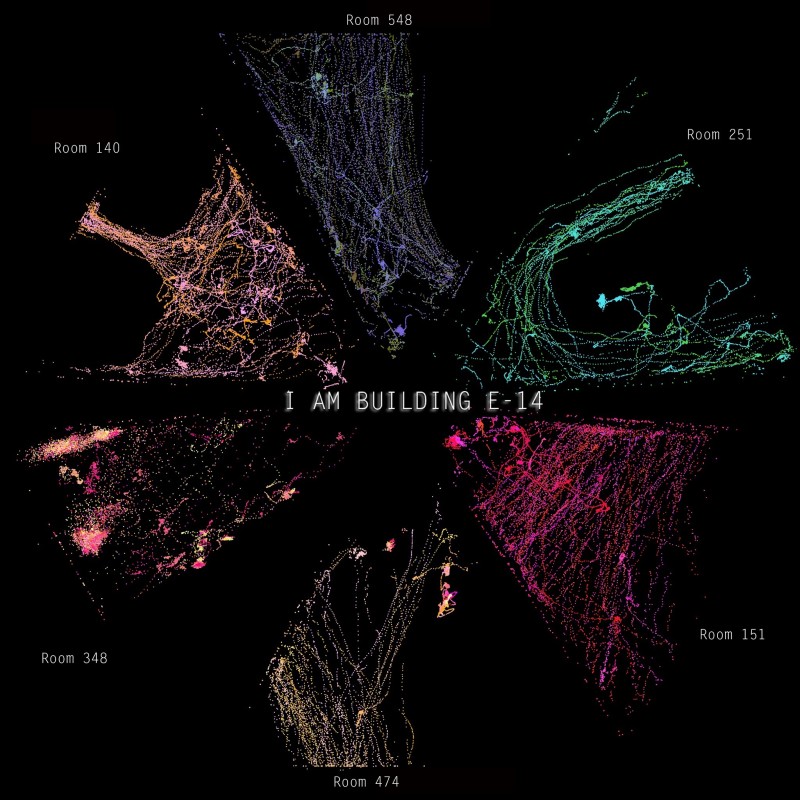 One of my favorite projects came from someone in the audience. I’m not sure of the details but I knew that she wanted to attend the presentation but she couldn’t because was currently in London. Yet she attended anyway. In this. 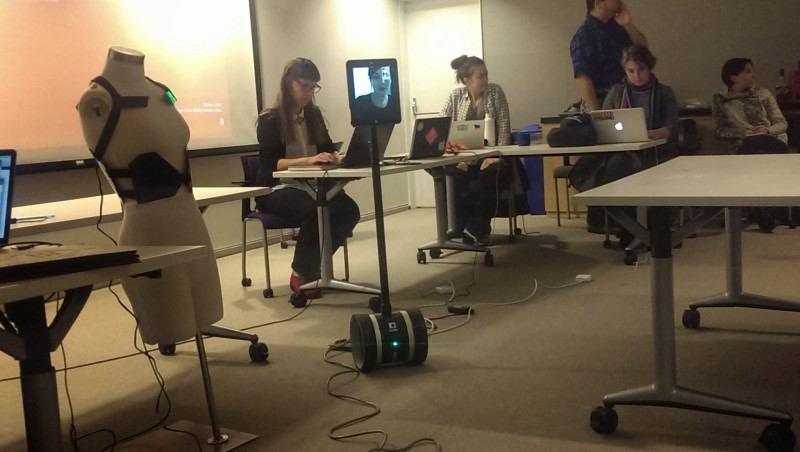 …this. I want to build this. I need an iPad, FaceTime, a remote controller, and a Segway. Hopefully I’m not drastically oversimplifying it.

Awesome presentations, awesome ideas, and a final thank you to Dan Novy and Sophia Brueckner, the two MIT Media Lab researchers that taught the class and showed the importance of science fiction in engineering the future.

The full list of projects can be found at scifi2scifab.media.mit.edu.

Another great read is Why Today’s Inventors Need to Read More Science Fiction, which is about this class and discusses the notion that science fiction is meant to show us what can go wrong so we can fix mistakes before we make them.