Greetings from India: D-Lab Students in the Field by OEL

D-Lab is an interdisciplinary program at MIT committed to working with people around the world to create and disseminate affordable technologies. This January, teams comprising a total of 35 students are working in Cambodia, Zambia, India, Ghana, Honduras, and Brazil.

Luke Plummer (MechE) ‘14, Sydney Beasley (Civil & Enviro) ‘14, and Jessica Ong ‘15 are blogging from Assam, India. The students of D-Lab’s Cycle Ventures class are working with the Rickshaw Bank, a project of the Center for Rural Development, an Indian NGO. Rickshaw Bank loans rickshaws on a micro-credit basis to drivers until they’ve paid off and own their own vehicle. In India, the Cycle Ventures students are looking to implement some of the projects which have come out of the course – rickshaw improvements that are simple and repeatable but do not add significant cost.

From Jess’s Entry: “Causing Fights at the Factory”
“As you know, Micaela and I are working on measuring the power it takes to pedal a rickshaw. Long story short, part of the project involves using a Vernier Lab Quest to measure the amplitude of a triangle wave and its derivative. We plugged in a hand dynamometer (which basically measures the force of a squeeze) to see how many data points the Lab Quest can record. This quickly turned into a competition among the factory workers to register the strongest grip on the sensor. After the Americans, Luke and Jeff, had soundly beat the workers’ numbers, the workers began to insult each other and argue, which turned into something of a good-natured brawl before workers eventually made their way back to their stations.” 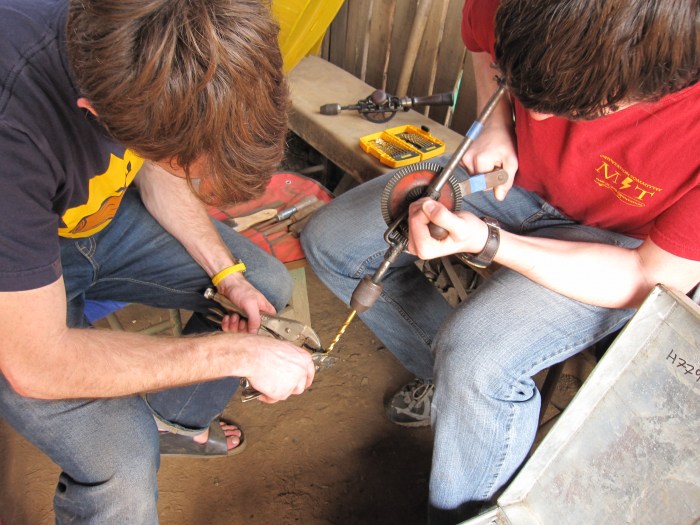 From Sydney’s Entry: “Indian Cuisine”
“India offers so many new and exciting things, one of the most important being its cuisine! (And for those of you who know me, it should be no surprise I’m blogging about food) A few dishes here are familiar, while others I never could have imagined. Some interesting things about Assam – it’s famous for its tea and it’s home to the hottest pepper in the world, the Bhut Jolokia chili pepper, known also as the Ghost Pepper. Luke and Jeff have been on the hunt for this pepper since day one (despite warnings from a local resident they might just end up in the hospital) In general, the food is much spicier than I’m used to, but I still think most of its delicious!” 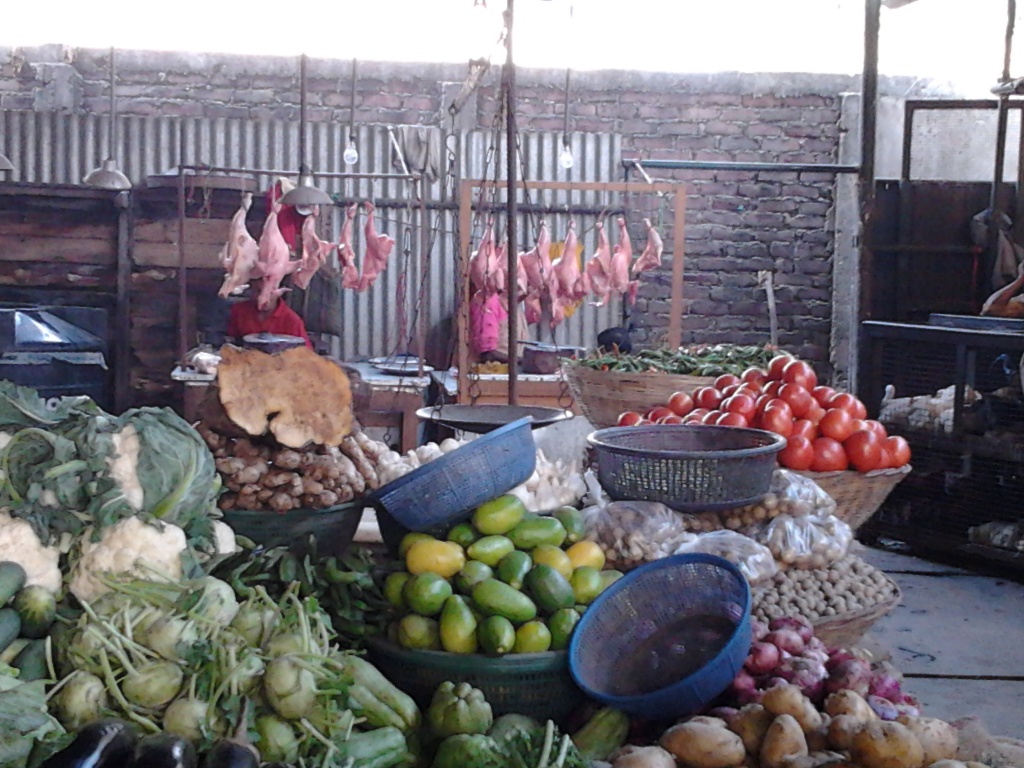 From Luke’s Entry: “Project Update!”
“We’ve been working hard since we arrived at the rickshaw bank factory, and all three projects are starting to look useful.

Suspension Fork:
After installing the fork prototype on an old rickshaw, the fork team
has tested and altered the design until it performs like a half-decent piece of modern suspension. The largely adjustable prototype they are working with allows them to find the exact dimensions and key changes for the final, simplified design that will be reproducible by the rickshaw factory. This also includes testing a variety of different springs made of different combinations of rubber discs cut from old car tires. Today they began actual test rides, but after numerous runs through an obstacle course of bricks and small ditches, they encountered a substantial design flaw when the shaft holding the spring discs buckled. Fortunately, Ali, a masterful factory worker with an amazing mechanical intuition, was able to straighten the 1/4 in mild steel shaft to near perfection with a hammer and his eye in a matter of minutes. The team built a new system for holding the spring and will resume testing tomorrow.

Frame Redesign:
After a week of measurement and calculation, the frame team ordered supplies to build a first draft frame! Starting tomorrow they will finally escape their pencils and paper and start welding. The goal was to incorporate a truss frame into the rear section of the frame to increase strength to weight efficiency over the current design at the rickshaw bank. Such a truss frame was designed by D-Lab students a few years ago, but dimensions generated by the computer aided drafting interfered with the drivetrain and deviated from the standard in some important dimensions for usability: the wheelbase and the shape of the passenger floor. The new design will incorporate this truss design with corrected dimensions to match the existing standards.

Power Meter:
The power meter team has battled a number of stressful bugs, defective chips, and lack of needle nose pliers due to Micaela’s airport security incident. They are currently getting the sum of 3 different waveforms instead of the expected 1 as force output data, but will otherwise have to write their own update because I don’t know anything else.” 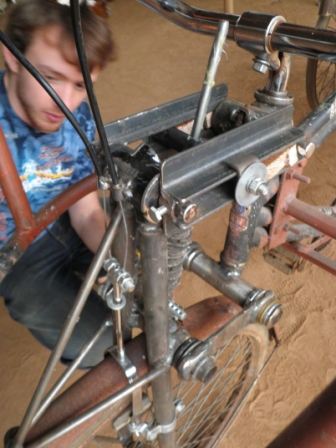 A look at the suspension fork Photo: Luke Plummer

2 responses to “Greetings from India: D-Lab Students in the Field”

Consisting of the MIT Edgerton Center, D-Lab, and the three freshman learning communities Concourse, Terrascope and Experimental Study Group (ESG), the Office of Experiential Learning (OEL) exposes students to hands-on educationalexperiences, both inside and outside of the classroom. Joined by a com…
Keep Reading