The following is a guest entry by Patrick L. ’17

Just before 9 pm on February 28th, the 18,239th and final piece was placed into the puzzle in private dining. In all of the reviews that I saw while doing research on this puzzle, nobody was able to finish in less than 8 months. It took Simmons 40 days and 5 hours.

I am incredibly grateful for the help and support that so many people provided in order to make this the success that it was. To most of you, this puzzle probably ranged somewhere from a pleasant distraction to a moderate disturbance, but to me, it was a reminder of why I had come to love Simmons so much over the last two and a half years.

About two months ago, I approached our outgoing and incoming presidents-Kate and Yuge-with a crazy idea: what if we ordered a 34,000 piece puzzle to leave out in Simmons for people to solve over IAP? If this were anywhere else, they probably would have chuckled at the joke that I had just made. But this is Simmons, so they knew that I was dead serious, and they responded with a level of excitement that I’ve come to expect during my time here. After an enthusiastic conversation about jigsaw puzzles and some negotiations over the size of the one that we would be getting, we had one picked out and ready to order.

The first day was a huge success. After an hour in which nobody showed up, followed by another hour in which my friends from Party Lounge were the only people around, people finally started showing up in the numbers that we had been hoping for. A group of six of us worked for most of the evening and didn’t call it quits until well into the night. We didn’t put in as many pieces as I had expected that day, but the ultimate takeaway was a good one: if a group of people that I had never met were willing to put hours of their day into working on this project, then there was no doubt in my mind that this was going to get done. 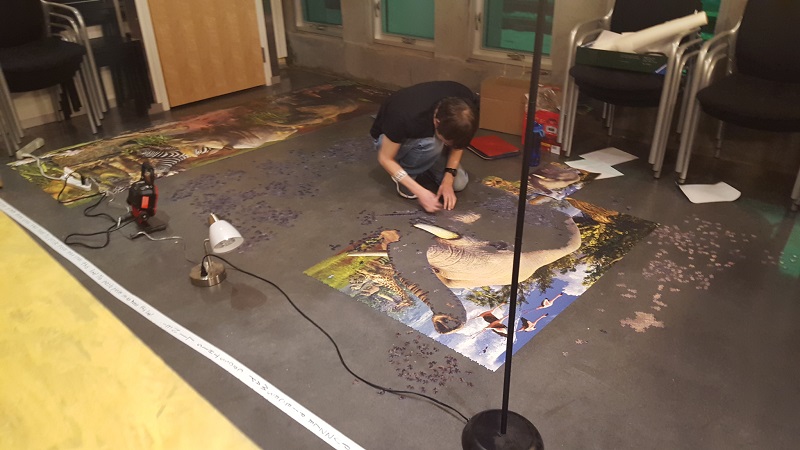 People’s level of interest was a truly amazing thing to see. Everyone from my friends, to most of the dining staff, to President Reif stopped by at one point or another to check up on our progress. After a while, I couldn’t have a conversation with anyone in the dorm without the puzzle inevitably coming up. I quickly lost count of the number of times that I had to tell people that there were 18,000 pieces or explain that we only had half of the edges because the puzzle came in four sections. Yet, it never got old, because I was amazed at how many people were willing to express their interest in a project that appeared so mundane.

Soon, people from throughout the Simmons community were doing whatever they could to make this a success. Nika made arrangements for us to be able to use dining, private dining, and late night throughout the time that we had the puzzle out. Josh ordered some Insomnia Cookies to get more people involved in the cause. Ellen donated a light and provided us with a great 7K display to generate support. Joseff took a time lapse of a substantial portion of the process and got photos of the end. House Government gave us a $500 budget to spend on food to support the cause. Residents from throughout the dorm provided us with lights, a magnifying glass, speakers, and a slew of other things to help make the process as successful and enjoyable as possible. And, of course, dozens of people managed to find time in their busy schedules to stop by, put in some pieces, and make the process go just a little bit better.

When we were in the process of putting in the final pieces earlier tonight, I took the time to look around at the group of people who were still working on this after almost 6 weeks. I saw one of the first friends I made when I got to MIT, a few people that I had gotten to know well over the past year or two, and several close friends that I hadn’t even met just two months ago. Only Simmons can do that well of a job of bringing people together.

So thank you everyone who helped to turn this crazy thought into a reality. I’m convinced that Simmons is one of the only places in the world that could successfully provide the manpower, the resources, and the general culture of optimism and enthusiasm needed to successfully pull something like this off. And for that, I will always be grateful. 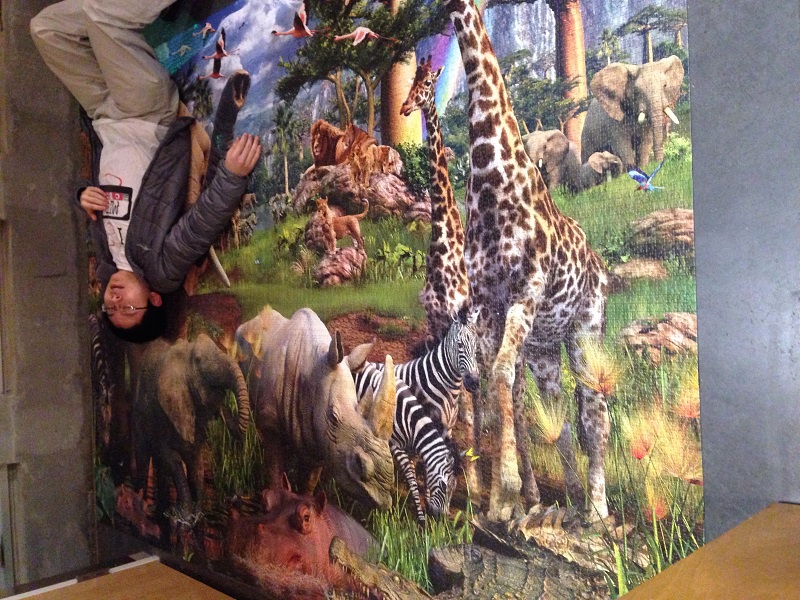