During the storms of May, the Charles rages toward the ocean while lightning snaps Boston in two. Most people had already run for their Back Bay brownstones to tea and scented candlelight. Yet some are always late. They sprint across the dark streets in soaked socks, rain tickling their tongues as they laugh at the sheer amount of water pouring from the sky.

I’d observe them from 23⁠01 room on the second floor of tEp, the cool independent living group located in Back Bay Boston where Isabella currently resides as they fly through Public Alleyway 427 like nightingales. Content with staying dry but wistful for adventure, I’d instead imagine the world through their eyes. Narrow street. Silver sheets of rain. Rat. Squishy soles. No time to stop. Enough time to smile.

Through moments like these, I’ve come to realize the back alley is my favorite side of the house.

Well, there’s only two to choose from, and the front isn’t too shabby either. Outside 32,⁠02 room on the third floor of tEp the Prudential rules its brownstone pawns alongside its deputy skyscrapers with a steely temper. Beneath them all, city people in their sparse urban streetwear sashay and jay walk and jog, leaving behind an echoing tune from their earbuds. They’re like birds of paradise to me, a Palo Altan indoctrinated into the cult of the Silicon Valley hoodie.

This side is beautiful, but it already knows that. Perhaps, then, I just favor the underdog. Yet, I still replay stories from the back side over and over again in a routine that might resemble love.

Nearly every day, I bike to and from campus down the alley. No bustling traffic, just the crackle of my wheels on asphalt. And when I go in the afternoon after a night of grinding on psets, the sun casts a glow around everything that is usually in shadow; I once saw an old man holding a bouquet of yellow flowers as he ambled past me, sporting a halo of sunlight and a smile. These daily, quiet moments from Boston and the bustling halls of the ‘tvte are some I cherish the most.

Most of my memories of the alley are made as an outside observer, however. From 23, I can see rats scurrying from dumpster to dumpster. There’s a different sort of ecosystem out there, one that runs on clandestine trash robberies and raccoons’ conspiracies. This nightlife reminds me of my childhood make-believe stories, where Redwall-esque rodents fought wars with sewing needles under the full moon. A more imaginative time in my life perhaps, one I associate with carefree hours devoted just to think. Now, I ponder how the lives of these rats, moths, and even the flight of the feather under the streetlamp are more complex than we can fathom. It fills me with curiosity, knowing there is so much to be explored. Can we truly model that moth flitting in the light or the dust settling on that old mattress down to the molecule?

My favorite view of the back is from the roof because it’s no longer just the alley anymore. You can see the sprawling strip of Boston between tEp and the Charles, all chimneyed red-and-gray roofs. The next stratum is the Charles itself, then Cambridge in its quiet glory. I never fail to focus on the Big Dome first—the blatant symbol of all the intellectual masochism and knowledge and hosedness that I’ve internalized in my two years here. It’s honed me into a cold, sharp blade, but is this what I want? Sometimes, those late nights and seemingly unsolvable pset problems fill me with doubt; I think, I’m not built for this. I’m not built for inventions, or science, or anything that’s hard. I just want to close my eyes. But looking at that dome, I recall the triumphs I’ve made solving those unsolvable problems, submitting my research paper as the sun rose over East Campus, or even just remembering how ripe the world is for discovering and letting that power me through everything else. Maybe the back side, and a certain Institute of Technology it houses, reflects the voice in the back of my mind telling me that things will work out in the end. 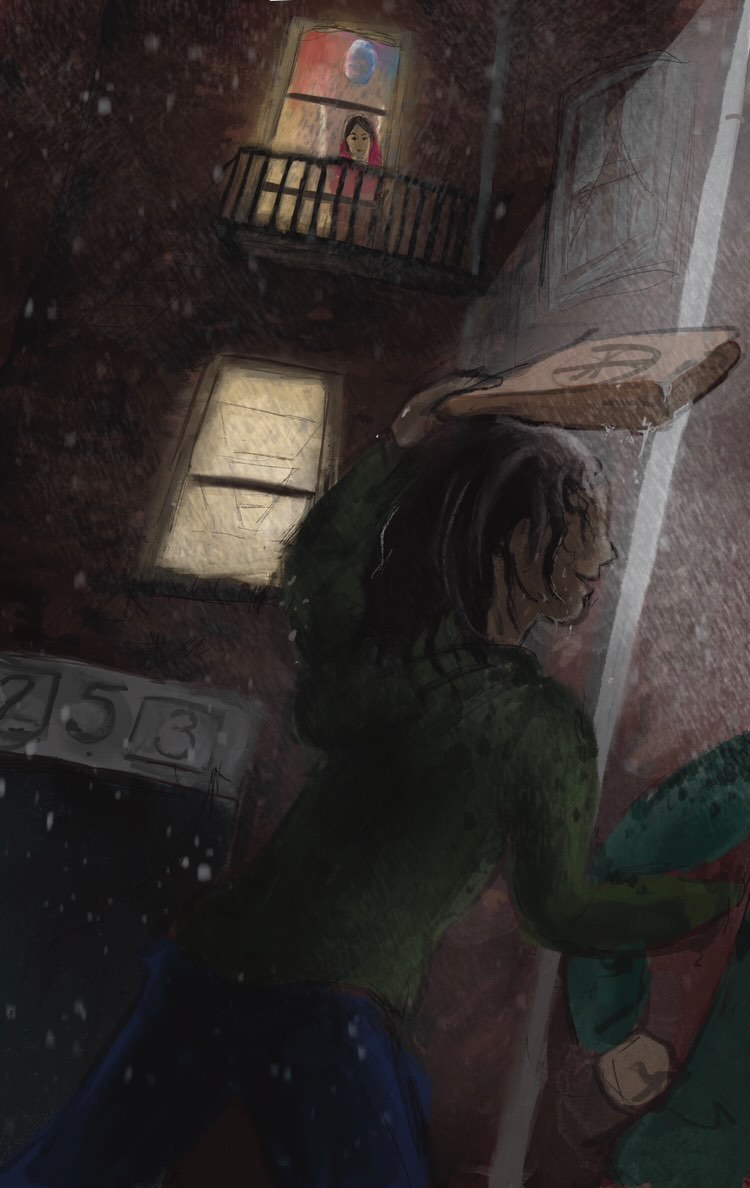 art by isabella!! ugh the lighting and composition are just exquisite