how i celebrated the coming apocalypse

Hello Internet! It’s been a while. I last blogged on EA Decision Day, 12/17/2011. But I actually wrote that post on the 16th, because on the morning of the 17th, when it went live, I was on a plane to Denver with my dad and two brothers for a few days of skiing at Breckenridge.

It was kinda nice: 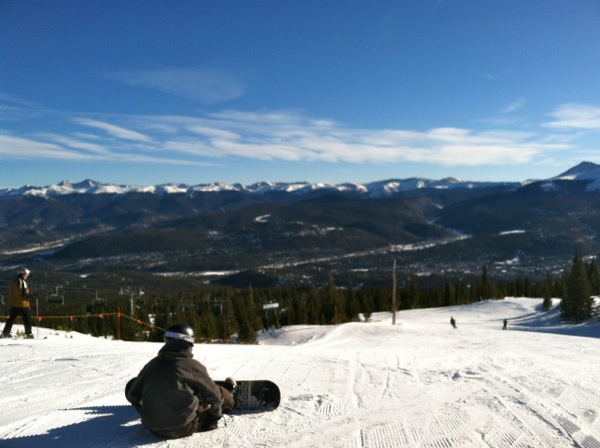 In fact you may have seen this movie starring us.

After returning from Colorado I went back up to New Hampshire to spend the holidays with my family.

As I’ve posted before, I come from a small town in the woods, a place where people generally agree that almost anything can be improved if it is shot out of a cannon and/or set on fire. 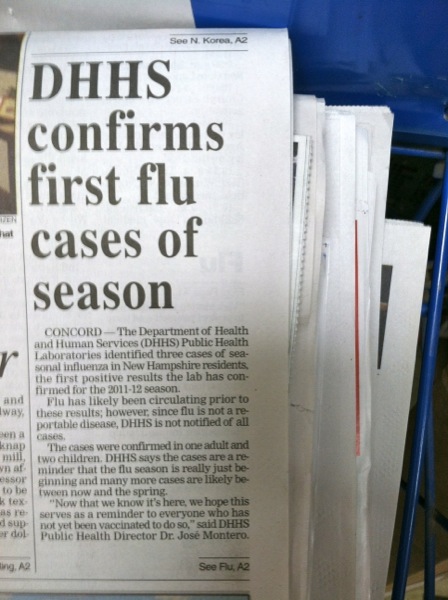 This year, my uncle, who hosts our annual New Years Eve party, and is known by local fire rangers for his 512 cubic foot brush pile blaze: 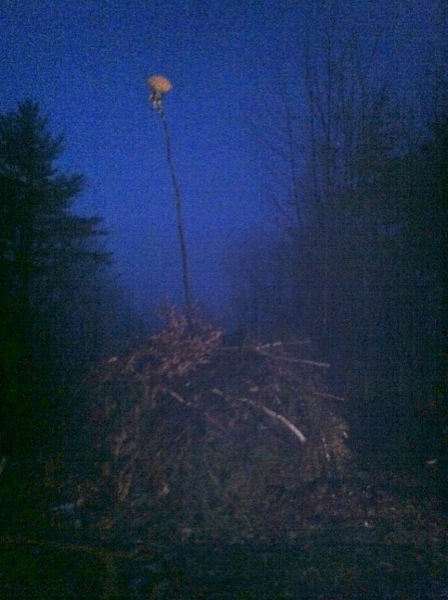 decided he wanted a little something extra.

See, last year I had brought the potato cannon a few friends of mine and I had made back in college. It was made out of schedule 40 PVC and would shoot a potato roughly an eighth of a mile with an extremely satisfying report: 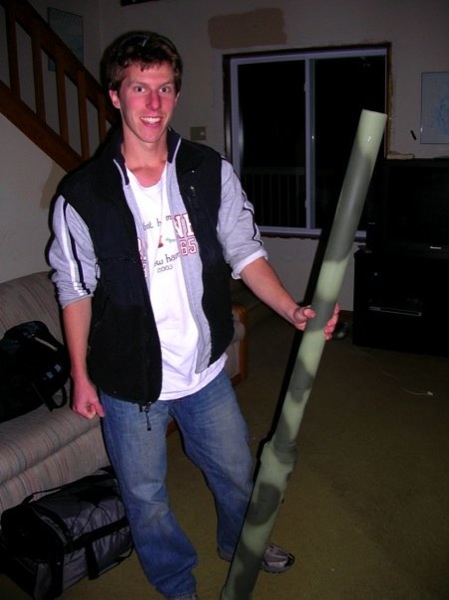 This year, my uncle Ken wanted to bring back the cannon, but with a firing range. In order to do that, though, we needed a safer, more accurate cannon, which could be handled by just about anyone, and which could reliably fire with a known and controlled rate of speed.

But I didn’t know how to make these, as my education in engineering potato cannons never progressed beyond the wildly unsafe and generally illegal combustion variety.

Enter Jack Queeney. Jack is an MIT freshman. He’s one of my academic advisees this year, and he builds potato cannons. Extremely epic potato cannons. 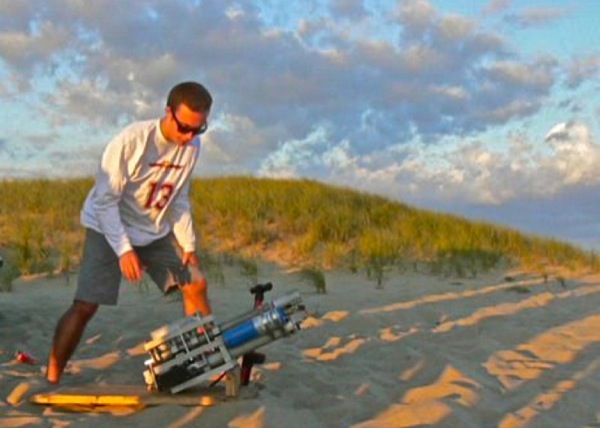 I told Jack about our plan, and he sent some helpful tips and schematics to my uncle and I. The key tip was to build a compressed air potato cannon, so that we could precisely control the pressure to make sure it stayed within a safe range and ejected the potatoes at a safe speed. Ken worked with glee over the coming weeks to assemble the cannon, test it for safety and reliability, and scavenge the town dump (the social center of some New Hampshire towns) for stuff for the firing range 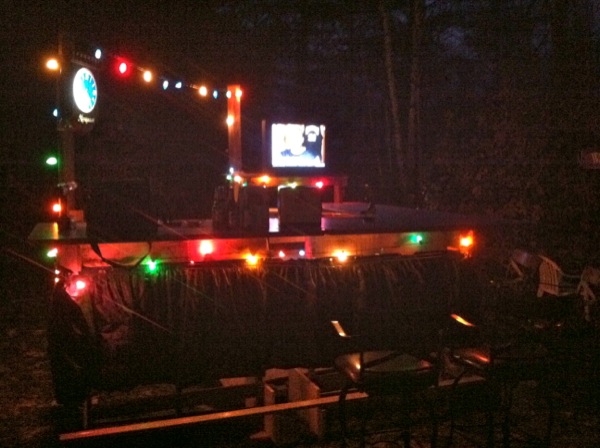 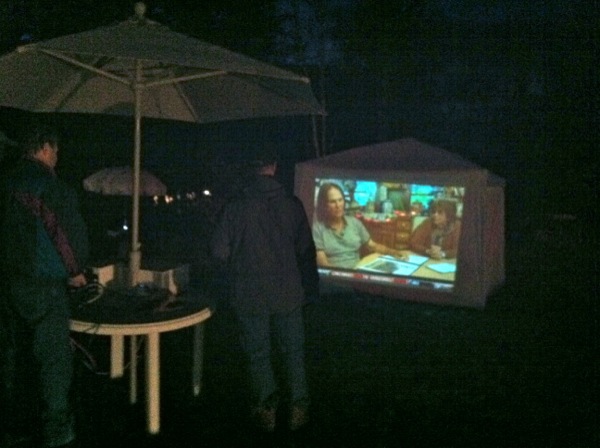 A projector with the Bruins game. 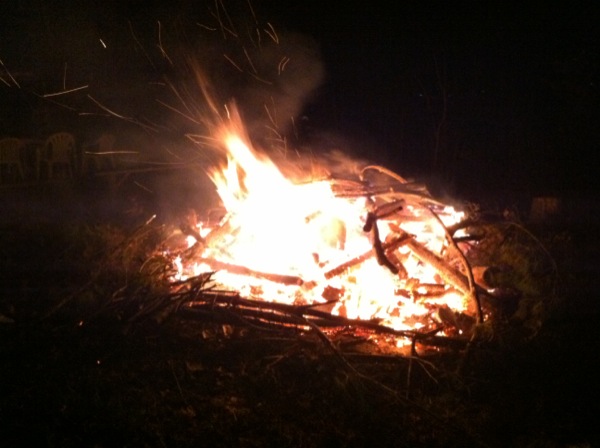 An enormous bonfire (those logs in there are actually trees, and I’m standing a good way back).

And of course, the main event: 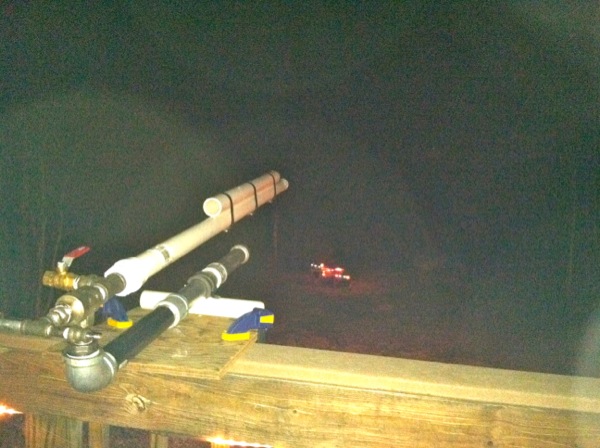 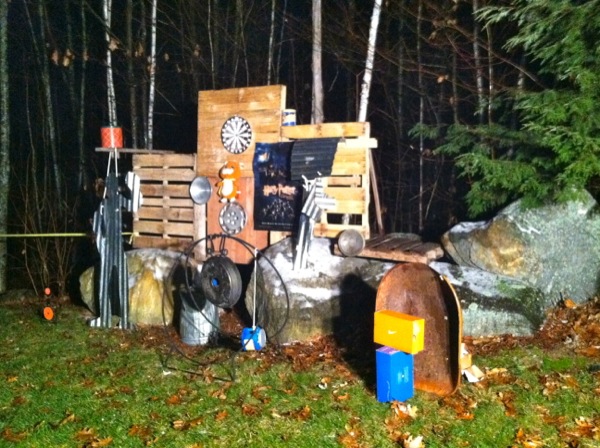 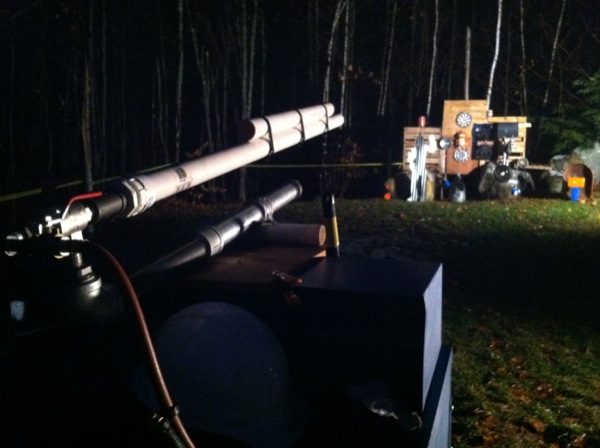 Here’s my dad taking the first shot, with a rundown of the safety features and design performed by Ken’s friend Chris:

When the world ends and the zombies come as the Mayans foretold, I’m heading straigth to Ken’s. Somehow I think he’ll be just fine. And I’ll have a place to watch the (zombie) Bruins.

I hope you all had a similarly excellent holiday season. I’m going to head home and finish unpacking. By the end of the week I’ll be reading the first round of Regular Action apps. I can’t wait!