I’m in my Uncle’s home in Virginia, typing the word ‘word’. And now ‘now’. And at this moment, ‘moment’. My throat predicted that truly awful joke well in advance, and is currently staging a protest in form of a soreness that has persisted over the last two hours. My room is a mess of files. One of them contains a lot of documents that I definitely wouldn’t wanna lose—my I-20 form, I-94 form, a lot of I-something forms, so many forms, a passport and a picture of my family that’s at least two years old. 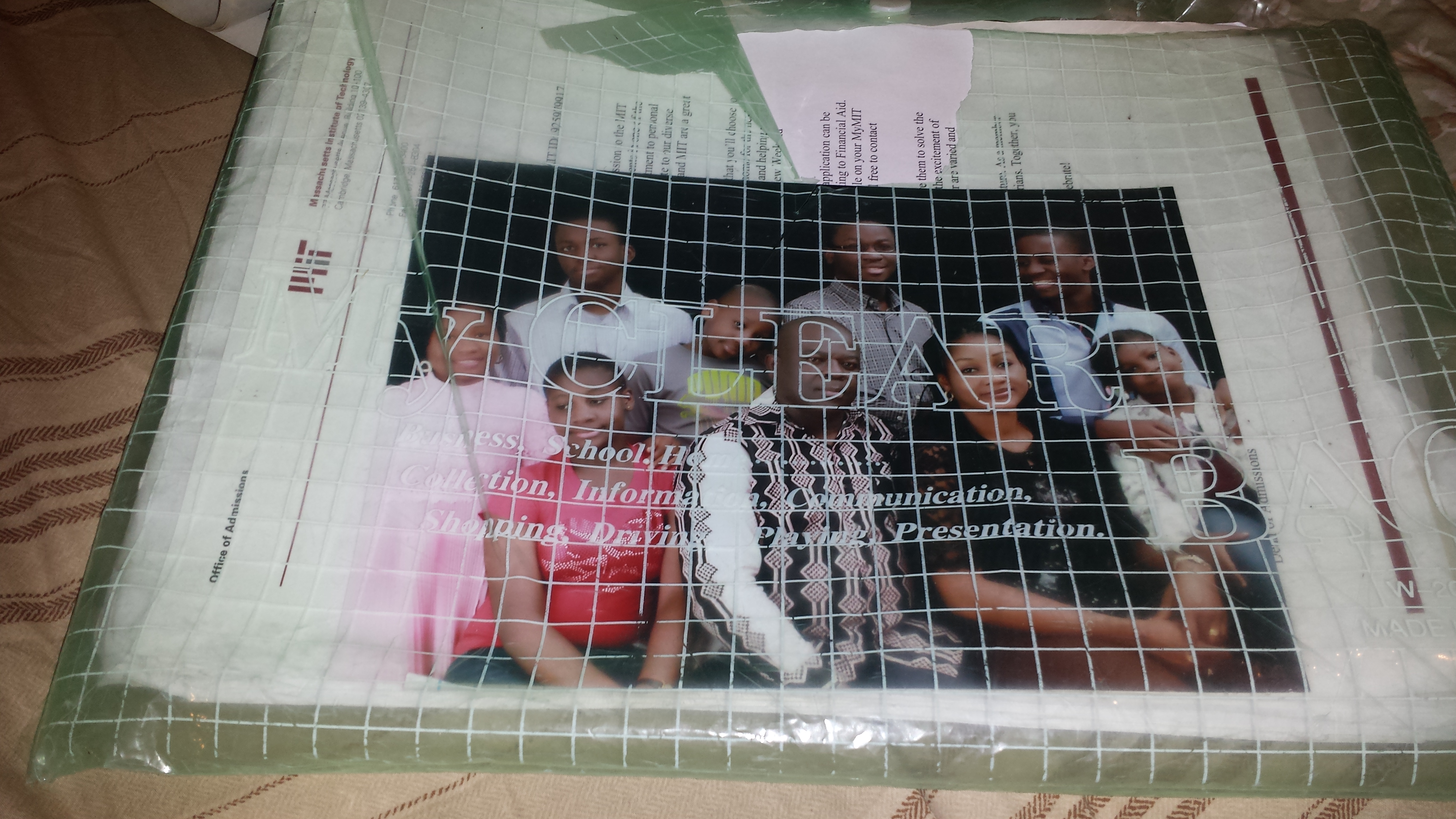 I have one book to my left—Stephen King’s Four Past Midnight—which I was finally able to read over the past week, and propped on my legs is Robert Galbraith’s novel, The Cuckoo’s Calling. Robert is of course J.K. Rowling, and the magic of her stories is still evident. Reading novels during the semester can be hard. Early into the semester, I made a resolution to start reading a novel, a resolution that lasted just about until the night before my next pset was due. Weirdly enough, it’s been easier getting myself to write a novel than read one. Which brings me to the next file splayed beside me, a blueprint of sorts of the next book I’m working on. 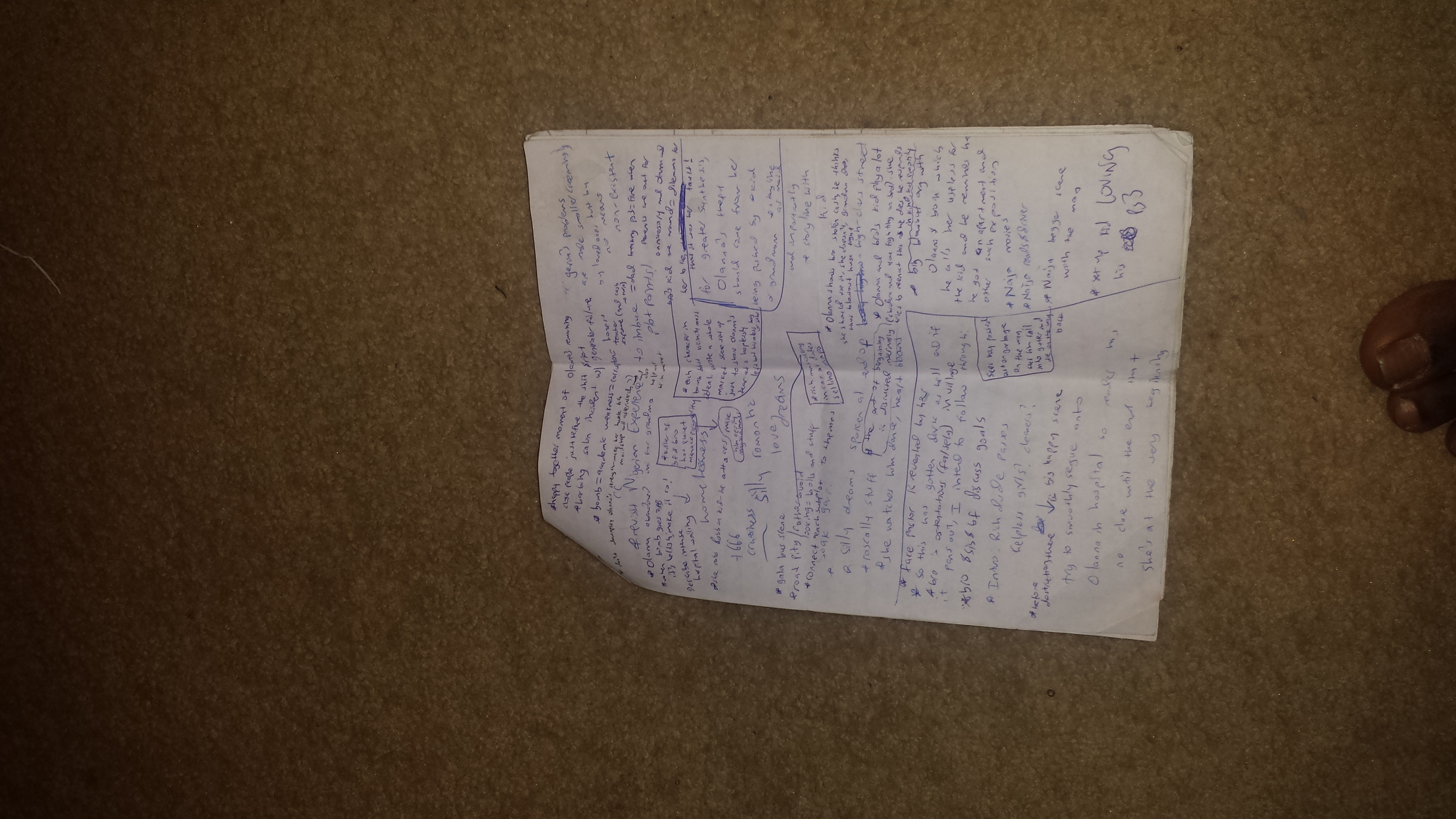 There are several pages like that, all stapled together—a kaleidoscope of half-bright insights and character revelations and important plot-points and the occasional talented 3D rendition of Batman, of which I have several spanning the last several months.. 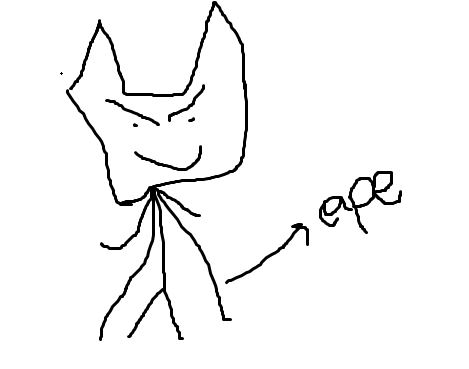 The above rendition was originally drawn for the awesome Aquil Fannis.

But I decided to take a break from everything, what with 2015 finally in the horizon, and delve a little into the past. Precisely a year ago, I wrote a blog about 2014 and had a list of resolutions. Oh man, this should suck, but let’s see the resolutions from last year…and um, see how many of them I actually kept. 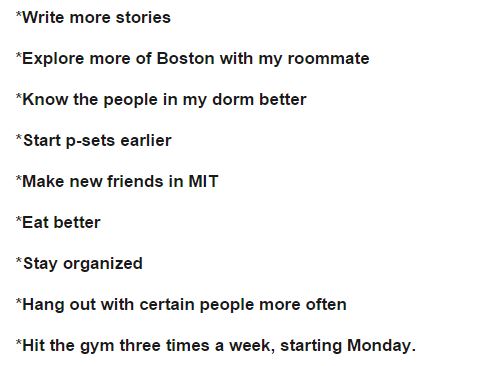 Yup! I definitely kept that.

Explore more of Boston with my roommate.

I suppose that happened in the first half of 2014, but the second half found me living in a single, and not frolicking about Boston, but just within the acre of class-dorm-frat existence that formed my Sophomore Fall MIT bubble. Damn you, foresight-deprived Vincent of 2014.

Know the people in my dorm better.

I did most of my psets this past semester in the Destiny Lounge of Random Hall, an abode for discussions that ranged in sophistication. Sometimes, we spoke with all the genius afforded to Youtube’s most cringeworthy comments. At other times, we were sophisticated Uptight-British-Gentleman-type shades of enlightened. Most times, we just talked about work and did work and watched a truly unholy amount of Netflix. But we were better off for doing it together, and I definitely got to know them better.

Yay! This actually happened. Well, except for that one 18.03 p-set one of my buds Jerome File and I started the night before, and paid dearly for. But mostly, I was on top of my problem sets. There was a funny incident, where one of the psets had been mislabeled, so that instead of Pset 4, it read Pest 4. I imagine many MIT students see no distinction.

This did happen, although I was more of a passive bystander in the process. I had 6.01 labs on a weekly basis, where we had partners every week, and one of my design lab partners is now one of my closest friends in MIT. And in labs, recitations, school events, there was always a potential new friend. It helps that practically everyone here is awesome.

Well I ate most of my meals either at Alpha Delta Phi or at the Maseeh Dining Hall. There was definitely more coleslaw on my tray, next to the globs of heart-attack shaped like chicken and bacon, so…yay?

Heh. One week, my room is the victim of a tornado. The next, it’s ready to welcome the Queen of England. Well, probably not, but I think if she saw my room in those fortunate times, she would say, “Close

I think I had a certain person in mind when I wrote this, but one year is a lot of time to hold on to the hope that certain friendships and relationships stay the same. It wasn’t quite the case. But a lot of good friendships stayed the same and got better this year. For instance, awkward freshman Vincent met awkward freshman James Deng 1.5 years ago. Today, that adorable jerk is still my awesome bud.

2014 was a charged year for the world. It was the year of ISIS and Bring Back Our Girls and The Ebola Outbreak. It was a year of racial tensions and deaths at the hand of Boko Haram. And so I’d like 2015 to be about something different. There’s a degree of arbitrariness to the numbers that demarcate and discretize the years—2013 from 2014 from 2015 and so on—whereas events, good and bad, intense and ordinary, happen in a continuum, independent of those numbers. Thus, it seems a little unreasonable to impose certain wishes on this year, as if the transition from the previous year to this one tapers off all the bad things and welcomes in all the good things.

Obviously not, but there are a lot of things that are in our power. A lot of things that hinge on our determination, our motivation, and if a new number can fill us—albeit and typically temporarily—with a renewed sense of goodness, then I welcome it with open arms.

For me, 2014 had its great moments—I landed a summer internship with Google, got two A+’s in classes I had struggled all semester with, made new friends, laughed a lot, wrote a lot—and its not-so-great moments. In fact, on a scale larger than myself, it felt like a year of bad news after bad news, each flying at our faces in a single unending line. I’d like to think that leaves a lot of happiness in life’s knapsack for 2015.

And so my resolution for this year is simply this: feel happy, feel fulfilled.