Not gonna call it a night just yet

During the summer, you get to do fun things you can’t pull off during the semester, like staying up all night because spontaneous.

After a long Saturday, my friends and I found ourselves chilling in the Music Room (the name of our TV room at Skullhouse) at 2 am watching Adventure Time followed by Bob’s Burgers, two shows which I’ve never seen before and had no idea what was going during either of them. One by one people called it a night, going upstairs to their rooms. I didn’t want to call it a night just yet. I got a groupchat message from Hugo ’17 asking if anyone was still awake. I replied “Yea! There’s tons of us down here, come down.” but there really only two of us, Steph ’17 and I. Hugo came down and we watched a few more minutes of TV before he suggested we go chill on the fifth floor. Skullhouse is five stories and from one of the fifth floor windows you could see the entire Cambridge skyline.

The night sky was breathtaking and relaxing. In the distance we saw an unusually large amount of smoke coming from behind one of the buildings. Not sure of what it was, I opened up Twitter and within seconds found out that a fire taking place on Allston St. Pictures and news of it were circulating all around Twitter. 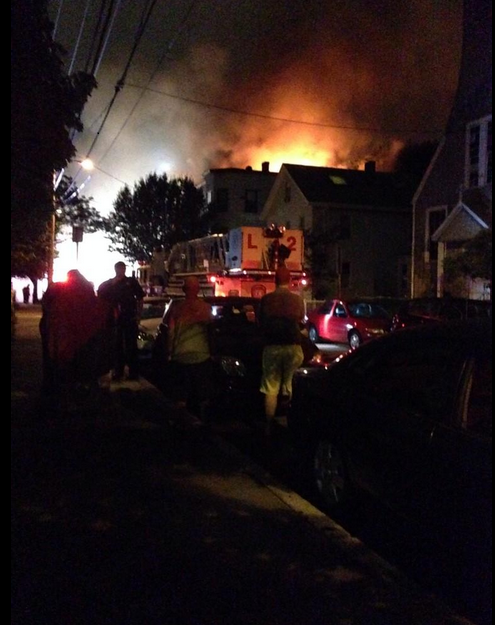 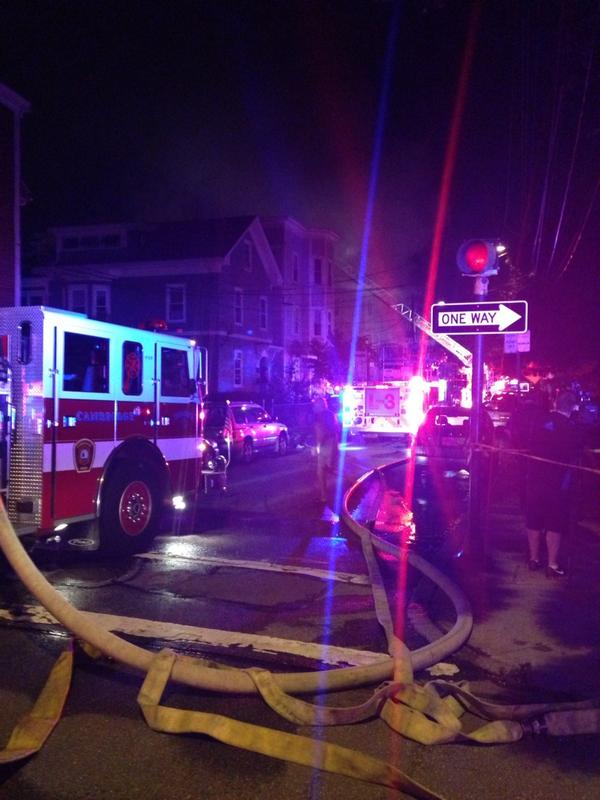 We talked endlessly until 5 am. Too tired to continue, we all finally went to our beds. Sort of. Back at my bed, I suddenly had enough energy to pull out my phone and browse Reddit for another hour.

Then I heard Hugo say “Hey Erick, you still awake?”

I got myself back out of bed. 6am. Sunrise was coming up. We left the house and walked down Beacon St, passing by the bridge. We thought of going see if the fire had been put out. We also thought of visiting this building we could see in the Cambridge skyline next to the Stata Center that we didn’t know. But instead, we found two lawn chairs on one of the docks on the Esplanade and sat there watching the sunrise while listening to Too Soaked To Break by Born Ruffians from Hugo’s exceptional playlist. 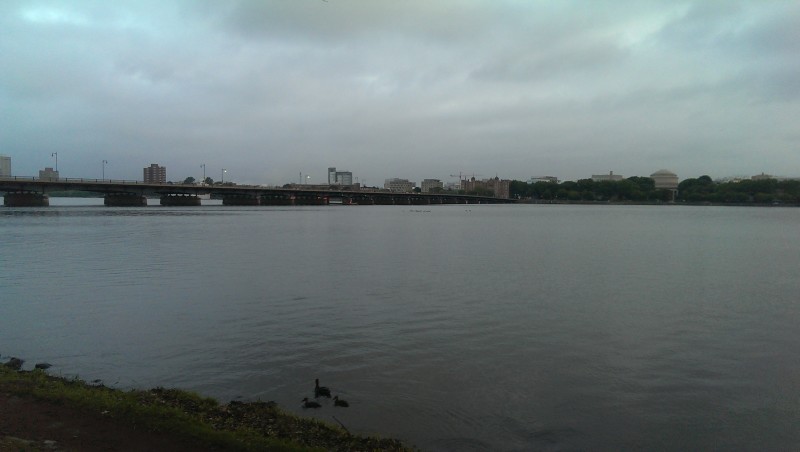 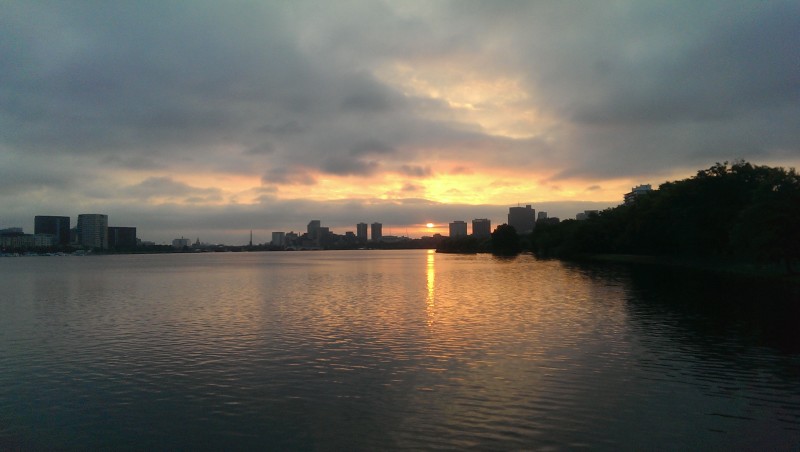 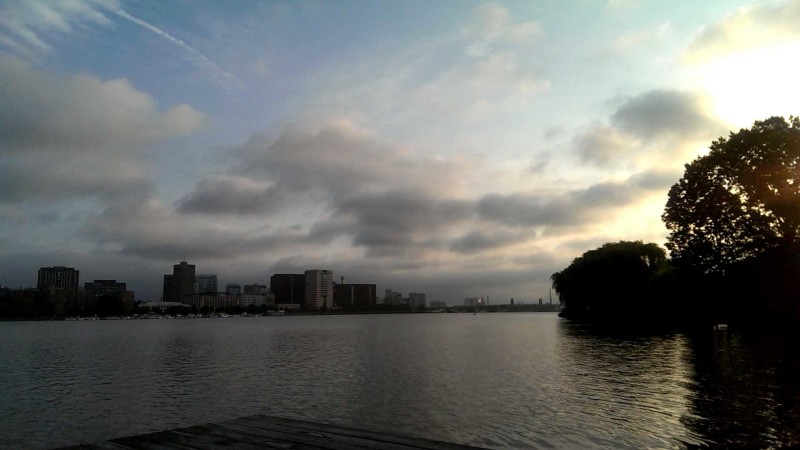 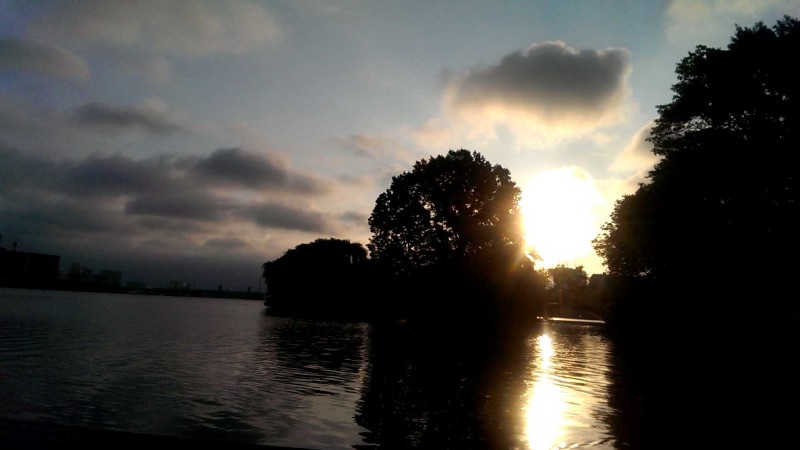 So sunrise happened and it was nearing 7 am. We were hungry and in the mood to try the new “Quesarito” from Taco Bell. But unfortunately, Boston hadn’t yet realized the economic profitablity in placing Taco Bells all around a city filled with broke college students who liked tacos. The closest one was in Northeastern University, and it wasn’t even open on Sundays. And it was 7 am, so most places weren’t open yet. But after searching around a bit more, we found out that the Bruegger’s Bagels on Beacon St had been open since 6 am. Burgers with bagels for buns it was. 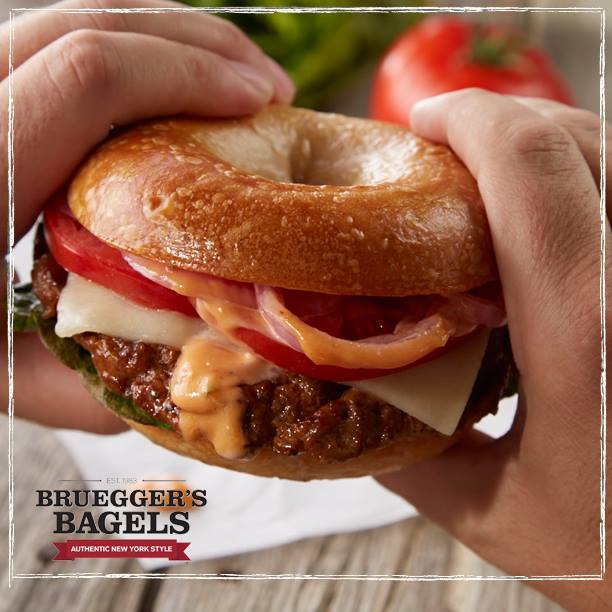 It sortof looked like this, but not really, cause y’know, advertising.

And snce I didn’t take a picture of the Bruegger’s Bagels storefront, here’s one from Google Maps.

We got back to the house at 8 am.The sun was up. Everyone else was waking up. It was time to call it a night. 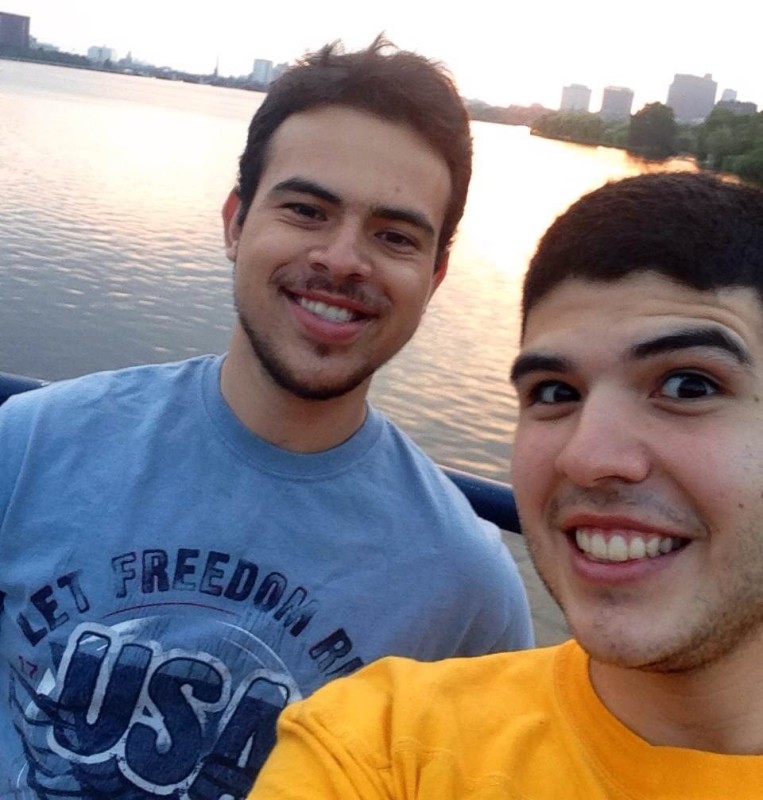 Ten out of ten, would do it again.