Home Away From Home by Natnael G. '15

Panoramic look at my room in Random Hall, let’s zoom into some of the more interesting parts! 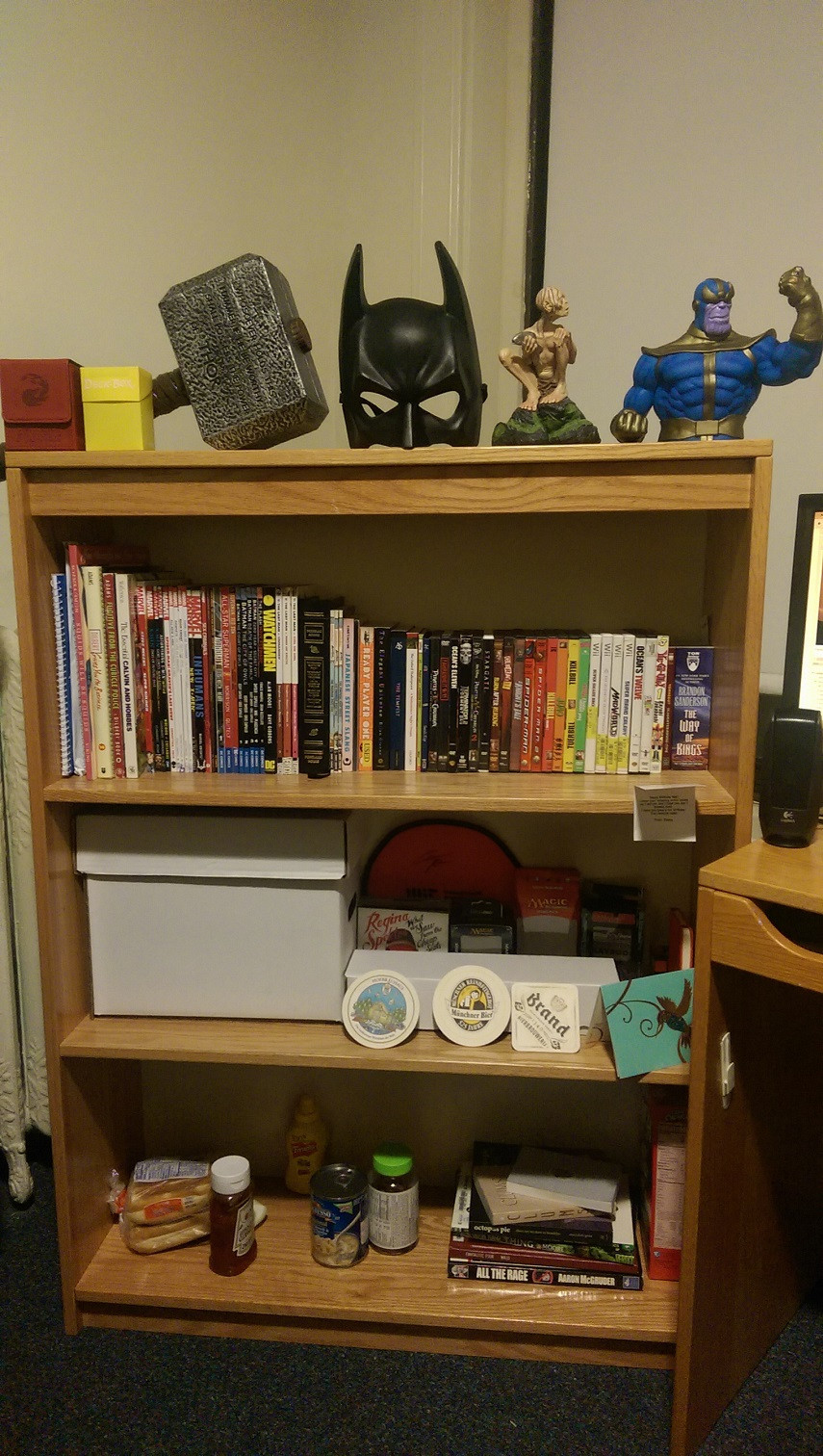 On top we have a couple of props from my favorite movies/comics.

The first shelf holds the crux of my media collection. It starts off with some classic newspaper comics, Calvin & Hobbes and Dilbert. From there it leads into the defining book of my childhood Squids will be Squids. From there we have a nice split of comics from the big two and independent distributors. Next we hit a series of novels that starts with The Hitchhiker’s Guide to the Galaxy, my favorite series of all time. Last is a series of DVDs (and the occassional Wii game) that I’ve always loved, from A Knight’s Tale to Terminator 2.

The second shelf has a pair of blank white cardboard boxes that hold individual comics and various CCG cards. In the back there are a couple of CDs that mean a lot to me (from Regina Spektor’s What We Saw From The Cheap Seats to Outkast’s Speakerboxxx/The Love Below) and a frisbee signed by the great Woodie Flowers! In front are a couple of coasters collected from my time in Munich. 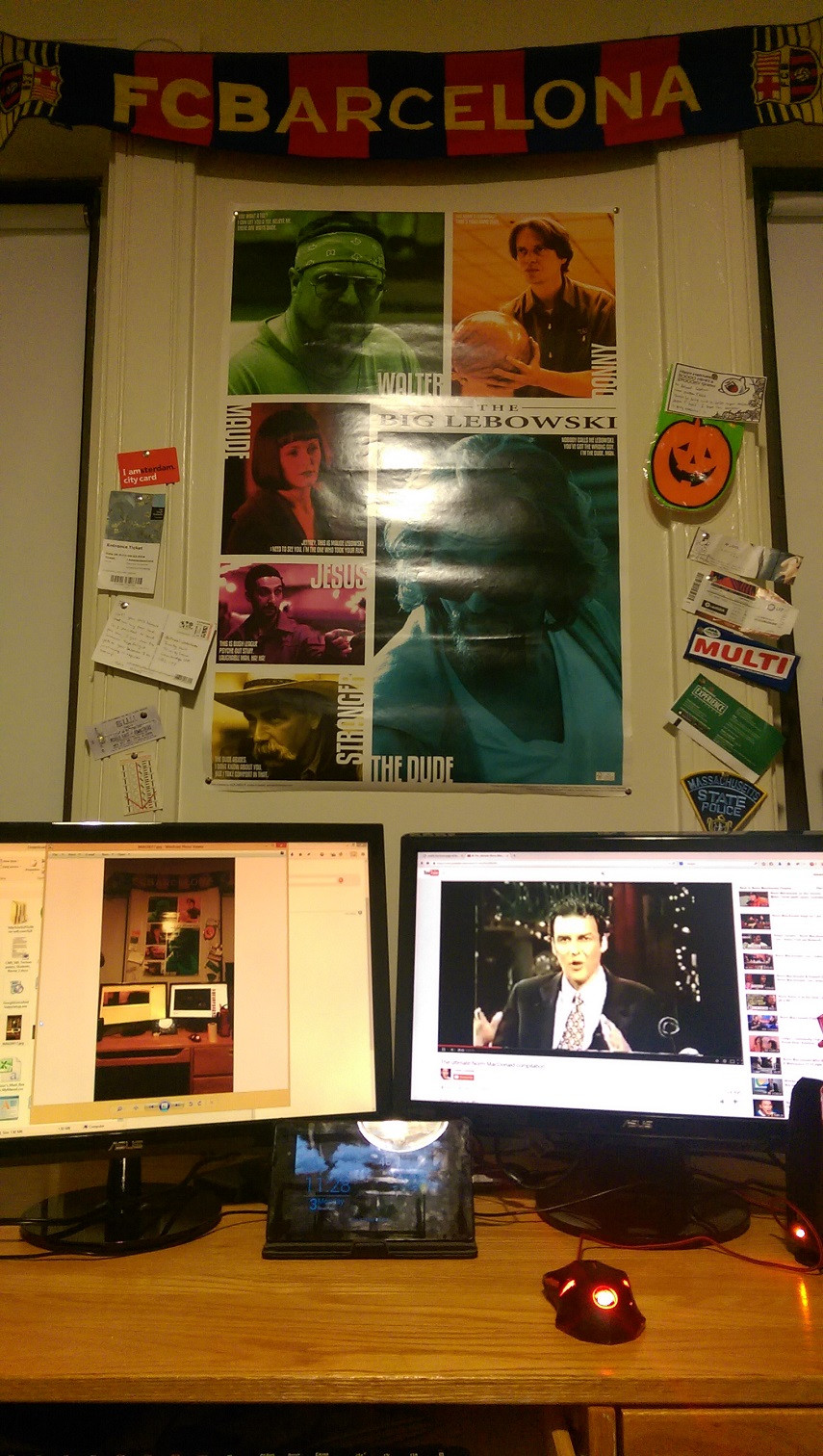 We start at the top with a scarf I picked up at a Barcelona football game followed by a poster I’ve had since sophomore year. It’s adorned with postcards and tickets on both sides from various concerts and museums. And finally we reach my pride and joy, the dual monitor battlestation that has been three years in the making. 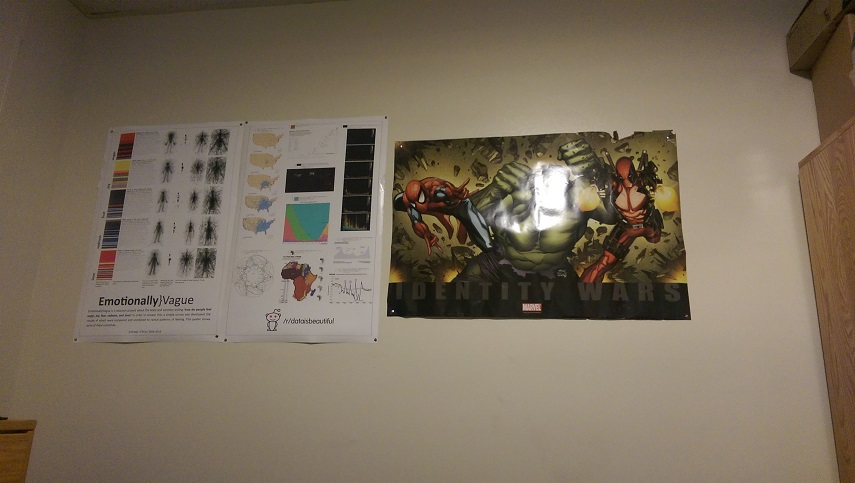 The final “interesting” wall has a group of posters. The two on the left are from an early Reddit Secret Santa gift exchange that I had a lot of fun participating in. I don’t remember where I got the third poster but hey, it has Spider-Man.