My brother’s not very impressed with my fashion sense. In his words, “Rona, you used to dress better in high school. Then you went to MIT.”

It’s true; I used to wake up at five a.m. even though school didn’t start until 8:15 because I needed nearly an hour to flat-iron my hair and apply makeup, and then I had to get to school early so I could get in extra math study time before first bell. I loved watching YouTube videos made by brand-sponsored twentysomethings who taught me how to layer my jackets and what shoes to wear for summer. And no, it wasn’t some peer-pressure thing, because I was deeply unpopular in high school. And no, it wasn’t some trying-to-charm-the-opposite-gender thing, because, again: deeply unpopular. The effort was a lot of fun, but it also started to feel mandatory.

Then I got to MIT and stopped caring. My first month here, I once woke up late and didn’t have time to get ready before class so I went without doing my hair or makeup…and it was fine. Everybody else was wearing career fair T-shirts! I was still confused during my chemistry lecture because what even is the difference between an alkane and an alkene! Nothing had changed.

My brother is six years younger than me, but he’s sometimes mistaken for the older sibling. This may be because he is seven inches taller or has 500+ connections on LinkedIn, but he says it’s because I dress like a kid, to which I say: do you see any children rocking this Crazy Rich Bayesian shirt from Scale? It’s one of my favorite career fair shirts, although I’m still mad that I didn’t think of the pun myself.

Anyways, so a week ago, we went to a clothing consignment shop. I learned many things about current teen fashion trends. For example, any baggy, ill-sized article of clothing is just “oversized.” My brother bought himself something he referred to as a “TikTok jacket.” I’m technically part of Gen Z but I’ve never felt like such a boomer. Or a millennial? Are millennials the ones that wear skinny jeans? 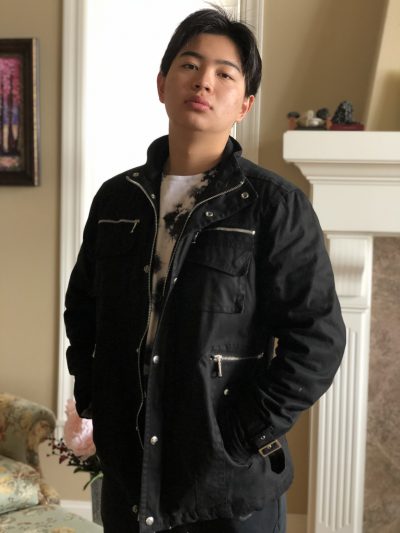 my brother in his tiktok jacket

So, my brother picked out a coat for me. It was beige, but like tasteful beige. It had a knotted belt and two rows of buttons. 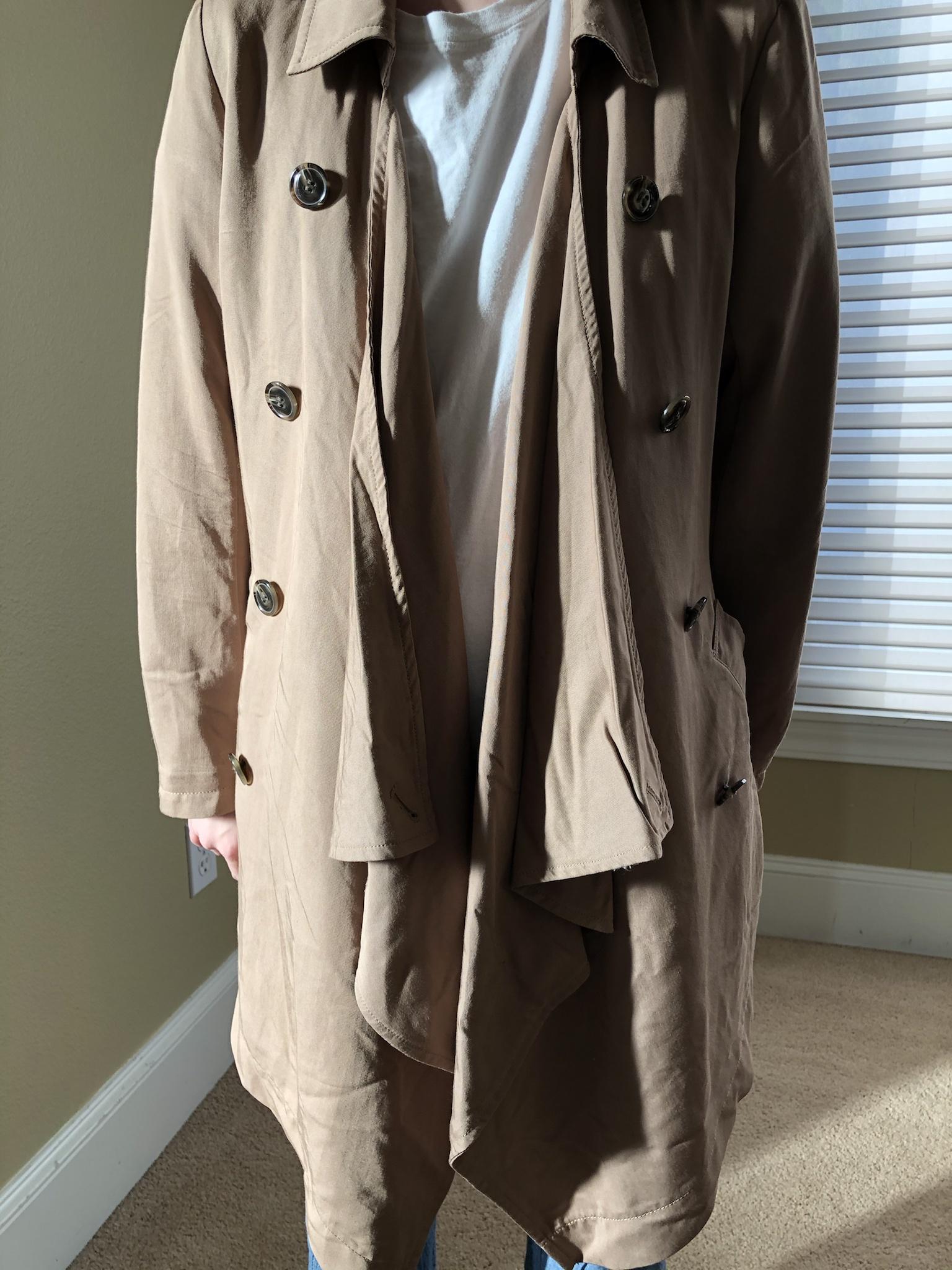 But I couldn’t figure out how to wear it! There were four button holes on one side, and only two on the other. After attempting many iterations, we consulted Google, which took a while because the tag from the shop said “nice clay” but the brand actually turned out to be “nice claup.” I made a Reddit post that got deleted by the moderators of r/femalefashionadvice.

Finally, I took to my tried-and-true method of crowdsourcing answers: emailing im-having-a-personal-problem, a mailing list for MIT students to get help with all sorts of conundrums. I sent along this gallery of images and asked everyone how they would button up this coat.

The responses came in!

“That’s called a “rather normal double-breasted coat”, you are only SUPPOSED to button about two of the buttons that remain visible after buttoning it. You may also choose to button it looks like two inward-facing buttons, that keeps the inner fabric from flapping around loosely. I believe it’s traditional to button the middle two of the four buttons. Some of the button holes may not even line up, indicating that the coat doesn’t fit and/or you are not supposed to button them.” – Zac F.

“Many trenches get a belt tied around the waist, and there looks to be so much material for the lapel that it might just be a waterfall trench with ornamental buttons. Did looking up the brand/label with “trench” yield any styling options?” – Helena W.

“Fashion is weird and a lot of times you aren’t supposed to button every button – it is more common for those buttons to be further down, but based on the jacket it seems like you should button the bottom three, and then play with the top button. I would say, since each side of the jacket seems to go across the entire body, that the top corner should fold down on the outside – this is pretty common in cross-body jackets, although this specific jacket i haven’t seen before. Most importantly, feel comfortable with w/e the style is your choose to wear it as! if you don’t feel like anything looks right, then this probably isn’t the jacket (maybe even jacket style) for you. You should either feel more comfortable or more confident when you put on the jacket.” – Theo B.

Unfortunately, none of these suggestions seemed quite right (although adding a zipper was definitely tempting). I ended up returning the coat. But I was very grateful to the MIT community for offering so many helpful responses. Someone even offered to FaceTime so they could advise me better.

When I first came to this school, I didn’t know how to ask for what I needed. It felt like I had to figure out everything on my own. But over the years, I’ve learned that nobody makes it through MIT by themselves. At least, I sure can’t, because I’m not an all-knowing powerful superbeing. I’m just a skinny-jeans-wearing zoomer who can’t button up her coat.