How do you convince MIT students to dress nicely? by Michael C. '16

as with most things in life, the secret involves free food 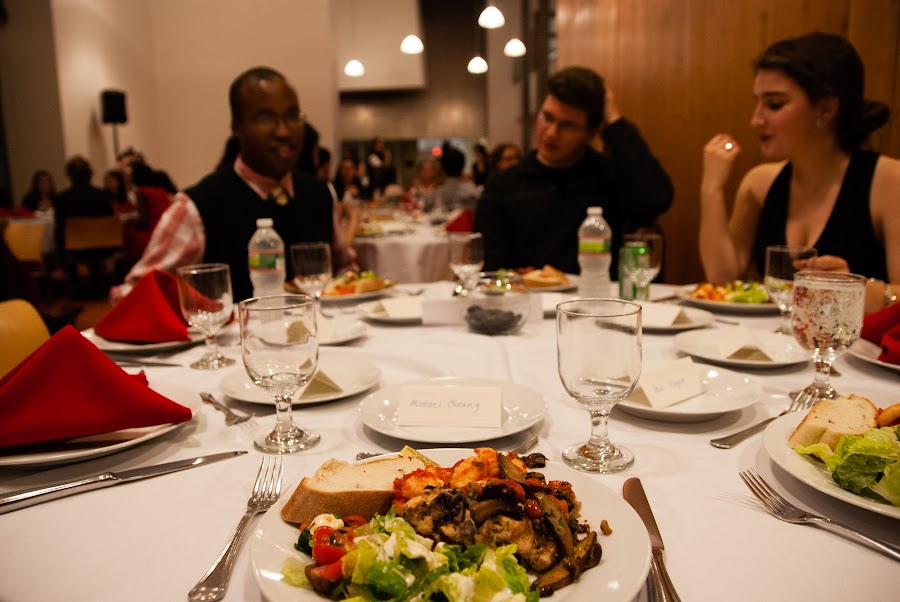 Before Charm School: [shouts across the room]  “Yo, you’ve got some stuff in your teeth.  That’s grody, dude!”

After Charm School: [whispers] Excuse me, you have something in your teeth.

As you may know, MIT students sometimes get a bad rap with regards to social interactions.  We’re stereotyped as awkward nerds with grody neckbeards who shower once a month.  Like most stereotypes, this is not wholly accurate.  For example, I shower at least twice a month.

…but like most stereotypes, it also contains a grain of truth.

It’s a good thing that we’ve got something called Charm School, a series of classes during IAP that aims to help members of the MIT community practice better etiquette.  And one of the most popular events is the annual Charm School Business Etiquette Dinner.

So popular, in fact, that I’m told there was a 50-person waitlist, and my initial request for a spot at the dinner got turned down.  At the last minute, though, I whipped out my blogger “media” credentials and managed to snag a spot: 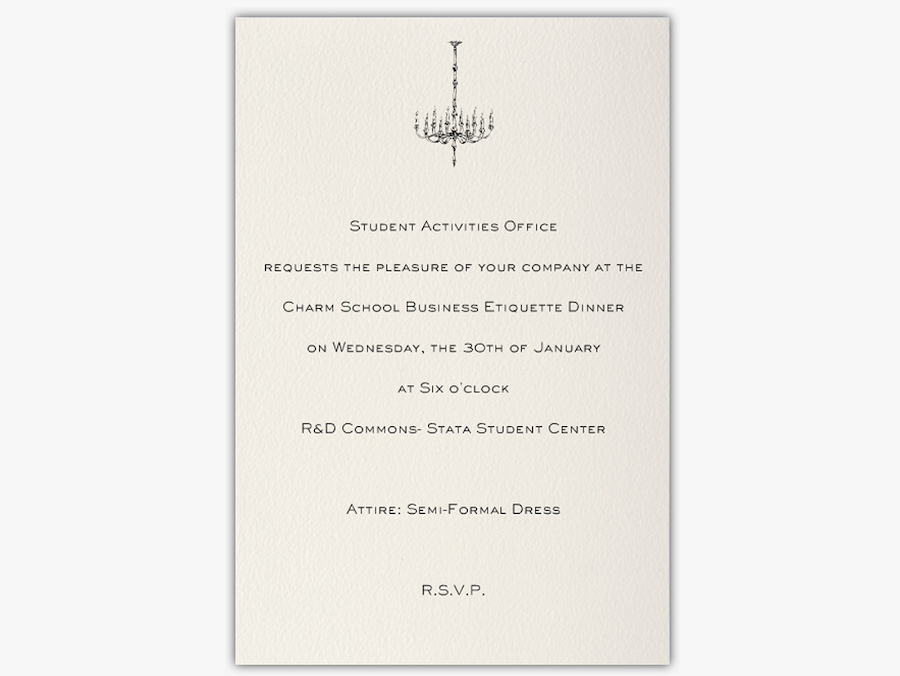 That’s the fanciest virtual invitation I’ve seen since I got a Pottermore account last April.

As it happened, I was far from the only member of the media there.  Arriving a few minutes early, I spotted a reporter from the Boston Globe: 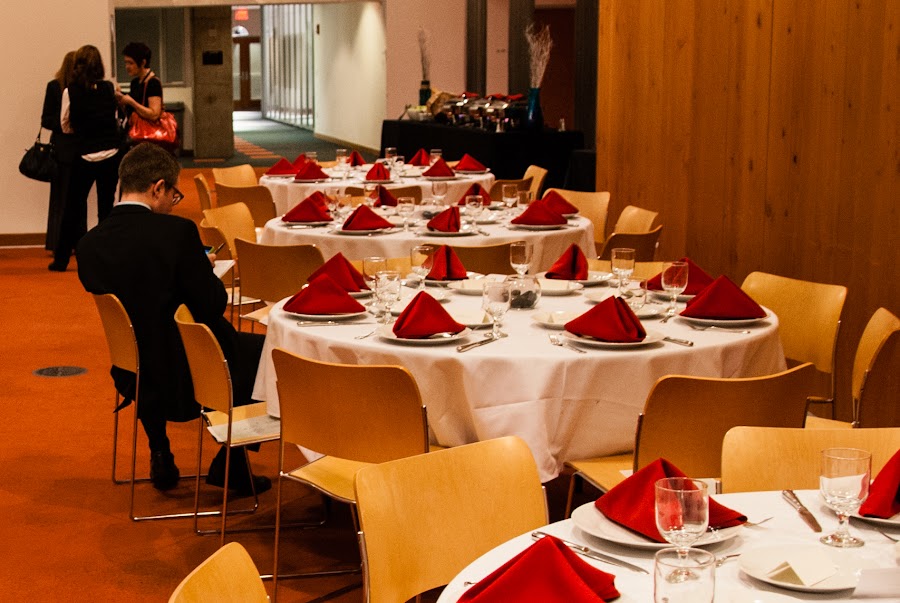 There were also a few photojournalists with big honkin’ telephoto lenses, which totally assauged my worries about carrying my own DSLR while wearing a suit and tie.  The guy next to me got photographed, so I’m crossing my fingers that I might be in a photo in the Globe.

The dinner was quite delicious, and throughout the meal there was a lady at the front who gave us tips on proper table manners.  For example: when you’re given a large napkin you should fold it in half before putting it on your lap; when drinking a glass of wine you should hold it by the stem (unless it’s red wine, in which case it’s probably acceptable to hold it by the bulb, although wine snobs might still disapprove); if you need to cough, turn away from the table and cough into a hankerchief or tissue, never into your napkin.

You might never have known that this fancy dinner with well-dressed and well-mannered ladies and gentlemen was being held at MIT, if not for the noises from the Stata Center ping pong table on the floor above.  Some things never change.

Today was just the first day of Charm School!  Friday’s the main event, with five straight hours of short lessons ranging from “How to ask for a date” to “At which point in a job interview can I ask about salary?”  Stay posted.

May your table manners be impeccable, 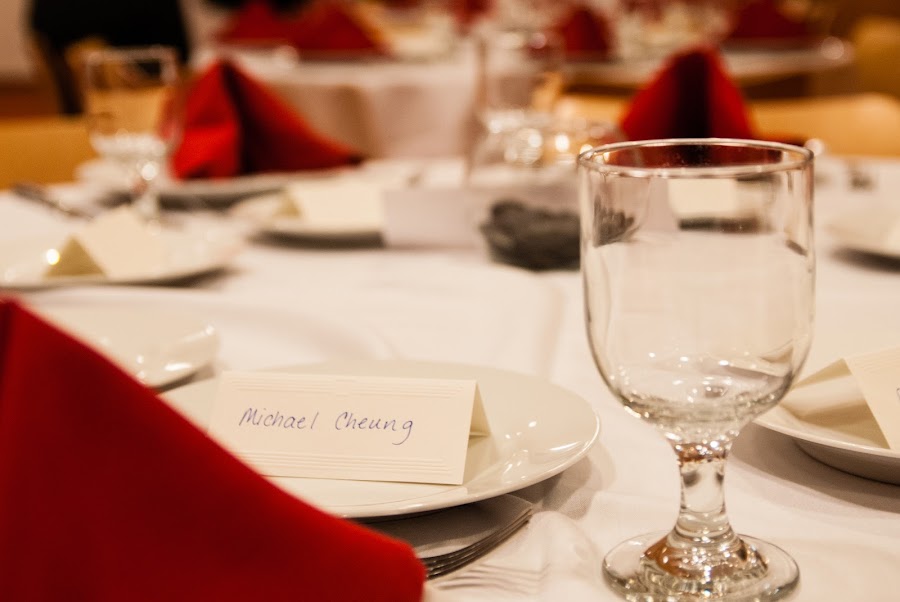