In the Realm of Giants by Sabrina M. '21

This past semester, I’ve been going through the grueling process that plagues all seniors at the end of their undergraduate career: getting my act together. Whether you’ve decided to try to find a job, or apply for graduate school, or go to an extended retreat in the mountains of Italy, you most likely have to submit some sort of documents trying to convince the people in charge that you’re not just great, but also necessary. For some, of course, this process is a little smoother—return offers from post-junior year summer internships can be handy, especially if you liked the place already. Unfortunately, like I’ve mentioned before, my summer internship was cancelled before it even started due to COVID-19, so that hope is effectively dashed. Now, I’m stuck in a limbo of trying to figure out what to do,⁠01 though i have some ideas and how to do it as graduation ticks closer and closer. Right now, I’ve decided to dip my toes into many different ponds and hope something sticks, whether it’s a graduate school for architecture or engineering, or maybe even writing, or a job at an engineering firm, or wherever else I can apply to with my sanity still intact. 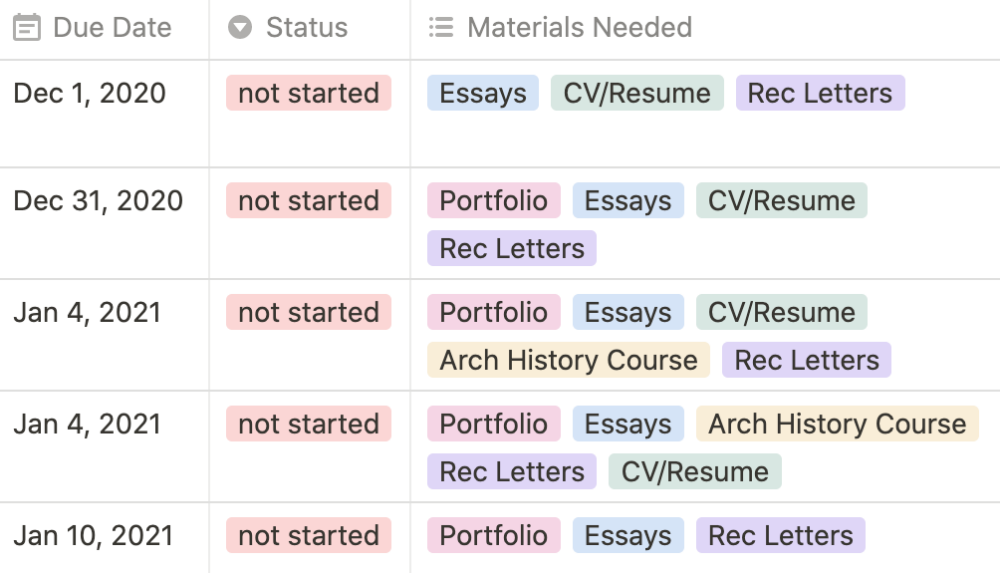 To some extent, this is stuff I’ve been doing for the last six years⁠02 and arguably, even before that. college apps feel so far away as I’ve tried searching for jobs, internships, or UROPs. And somehow, despite years of practice, I feel like I’ve only gotten worse at it. It feels strange, thinking that I went through something very similar already once in my life, around the first time I applied to colleges for undergrad,⁠03 something many of you are probably going through right now and I can’t trace the line of progress from point A to B. In some angles, it looks like an upwards slope, and I can see the experiences I’ve racked up, the projects that line my portfolio, and the world renowned professors who will vouch for me even when I feel I don’t deserve it. In others, I see a jumbled mess: have I really changed? Or has the road just gotten more muddled? In these, it’s hard to see the difference six years has made outside of, well, six years have passed. In the last angles, the ones I try not to look at too hard out of fear the lines will drag me down with them, I see a clear decline; I see a before, and I see an after, and it just makes me wish I could switch the two.

The person who applied to colleges her senior year of high school feels like a completely different person than the one I see now when I stand in front of a mirror. Of course, I’ve aged; I’m not seventeen anymore. My hair is shorter than it ever was then, and currently blonde, though it’s growing out. My glasses are bigger, my closet full of considerably less crewneck sweaters, and I no longer painstakingly apply winged eyeliner as part of my daily morning routine. Appearances aside, I know more about biology, more about sizing beams so they don’t break on a structure, more about what spices to put together in foods so I really enjoy them. I don’t flinch when people wave me over and, in a hushed voice, ask me if I’m gay, even if it comes off as prying.⁠04 though people ask me far less these days than they did then I speak with my insurance every six months to verify that yes, I’m still a technically jobless student, and yes, i can prove it and please don’t take my healthcare away right now. I’ve grown into myself and settled into a comfortable rhythm, one that is distinctly different from the one I lived in then, and in a lot of ways, I have improved at life, generally.

Still, when I spend hours agonizing over what work I’ll put in my portfolio without actually doing it, I find myself turning inwards and looking for that old version of myself who seemed to do it all correctly. Of course, I know that’s not true, but it’s hard not to see the rosy idealized vision when it was so long ago and all the real, daily struggle has been wiped away. She’s there like a spectre haunting the back of my mind, reminding me of the person that could do things effortlessly and successfully, filled with the kind of courage only a teenager could have. 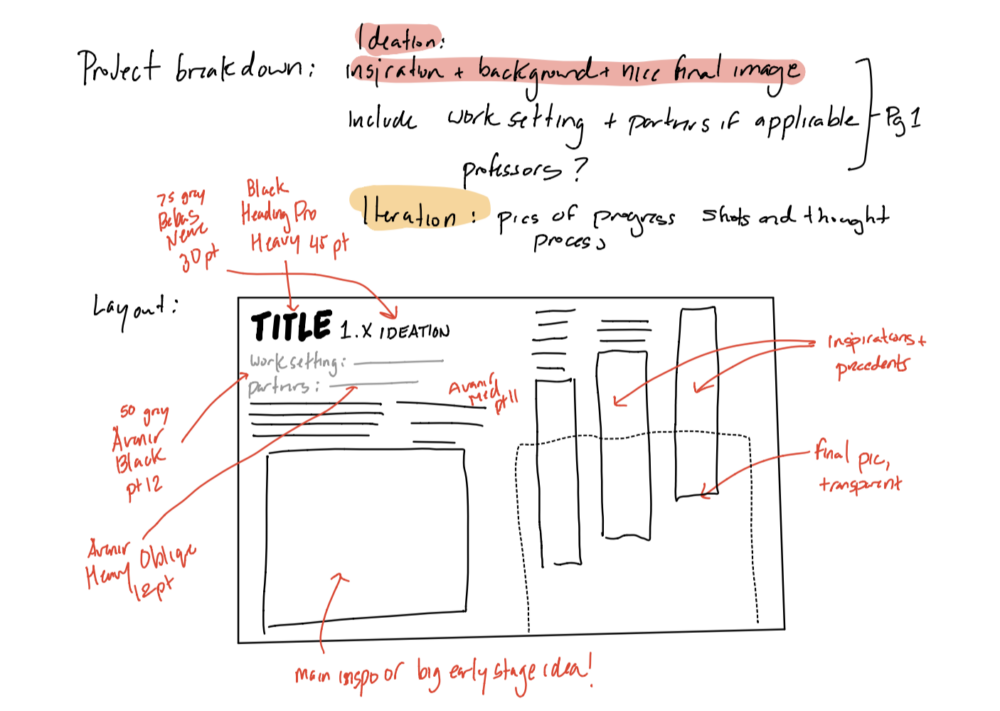 it doesn’t quite look like this but it’s something

Coming into MIT, I didn’t feel like an imposter, not in the way that plagues so many students here. Chalk it up to the big-fish-little-pond effect. That all faded pretty quickly my freshman year, every D or F on a test chipping away at the carefully curated confidence, four hours spent on a single problem breaking down my resolve, until I reached the point where I couldn’t even walk into a test without imagining the worst. MIT breaks you down, an upperclassman had told me then, but you rebuild yourself to be even better.

More and more over the years, I’ll catch myself saying things that might fit the description of imposter syndrome, though I’d still never call myself an imposter. In early February, I spoke to my therapist, telling him about my summer internship, and how my interviewer had congratulated me on my fall semester grades, and then offered me the job three days later. I’m worried I won’t know what I’m doing, I remember saying to my therapist. I just did well in the classes. They’re not the same.

Applying to things only makes this worse, when you’re tasked with the specific job of selling yourself, and when rejection is not just a possibility, but also a likely one. I spend hours agonizing over what work I’m putting in my portfolio, and what size font to use, asking myself: is this grey better at 50% or 25%? Do I move this image 1 pixel to the right? Does it even matter, when all I can envision are the reviewers taking a bored, cursory glance at the first page and tossing it aside, immediately removing me from the pool of applicants? Even in the pathways of imagination where I do make it far, I picture myself frozen in fear during an interview, whether it’s on Zoom, or on a phone call, or maybe even in person in the distant future. I can hear the voices, tinny and muted from the blood rushing to my imaginary head, asking me to perform, to prove myself, to do something, and I can’t even figure out how.

Over the last two months, I’ve been meeting with professors and graduate students to try to get some sense of the whole process and make it go as smoothly as possible. Applications are something done best with help, from people who’ve been there: either as applicants, or as the deciders. To some, I’ve shown my resume, to see if they can help me with things like rewording completed in a line to something more actionable. With others, I’ve flipped through folders of art I’ve made, my fingers sweaty as I scroll through picture after picture, trying to hide a tremble in my voice as I describe the projects. Recently, I’ve had to send the dreaded emails to ask professors for recommendation letters, silently hoping to get a positive response.

Each time, I have to bite my tongue to stop the words I’m sorry, or it’s so bad from coming out of my mouth before anyone else has had a chance to speak. In my emails asking for letters, I didn’t say, hey I think my portfolio sucks! but I did still say: It’s okay if you don’t remember me! when what it really means is I’m worried I’m not memorable, and I’m screwed because no one will want to write me a letter, and I’d rather be up front and self-inflict the blow before you do. One professor replied the same day, and told me she’d remembered my project immediately after reading my name in the email, even though it’s been more than three years and I had convinced myself otherwise.

Meeting with other students who’ve been where I am has done little to dissuade my fears, though I know their advice is invaluable. We’re creatures of comparison, even when we try not to be. When people, very kindly, show me their portfolios as a way to give me assistance, all I can think of are the millions of things mine isn’t, obsessing over small details like image sizes and the amount of text, or the quality of photos and the color coordination. I have to tell myself that I’m not them, and I shouldn’t try to be, but even that feels useless when they’re the ones exactly where I’m trying to be.

It’s hard to wrestle against the part of yourself that feels inadequate, like you’re a small, frail person walking amongst giants. You’re forced to ask yourself, in a way that feels honest but not overly self hating: do I really belong here? Is this where I want to be? And the truth is, I don’t even know. Maybe I’m really not cut out for graduate school, or for a design job at some fancy firm, or writing, or an engineering career. I’m really trying though, to at least let the rest of the world decide that, instead of falling on my sword before the fight’s even begun.

I’m not perfect at it either, but I do try. I force myself to send the emails anyway, introducing myself kindly and without as much self depreciation I can muster, and let myself feel unworthy after I’ve already finished the job. I swallow the words—the oh it’s not that good’s and the i’m really not’s when given a genuine compliment, words that feel comforting even when they’re not—before they come out, and painstakingly wait for the other person to finish the silence after I give my spiels. I think it’s worth it, even when it feels unnatural. There is a value to faking it until you make it, so it’s something I’ll keep doing through gritted teeth and clenched fists.

MIT certainly broke me down, but it’s hard to know when the rebuilding will be done,⁠05 these things are never done, really. but i think 90% of the way would be nice because my only frame of reference is the before and the broken. The before is gone, in the past, and I can’t reasonably expect to return to square one. Like I mentioned before, sometimes it’s honestly just in the angle I look at it. On some days, I see the progress, and it all feels tangible and deserved and mine. Other days, well… that’s what this post is for.