The Infinite Corridor at MIT is the pulsing spine of central campus. As the artery which connects most of the main academic and administrative buildings, it’s probably the only place that everyone on campus visits at least once every day.

Because it’s MIT, the Infinite is also a site of random tomfoolery. For example, MITHenge, which, according to Wikipedia, is when:

On several days each year, the sun sets in alignment with the Infinite Corridor and shines along its entire length. This is known as “MIThenge”, a reference to Stonehenge’s alignment with the sun (although the type of alignment bears a closer relationship with that of Newgrange and Maeshowe in that the sunlight passes through the mass of the buildings rather than through the standing stones of Stonehenge).

organized, and voiced, by Snively.

But the Infinite is also the site of other activities, which, in that MIT way, manage to be serious and silly at the same time.

For example, today is the annual Quarter Mile fundraiser. 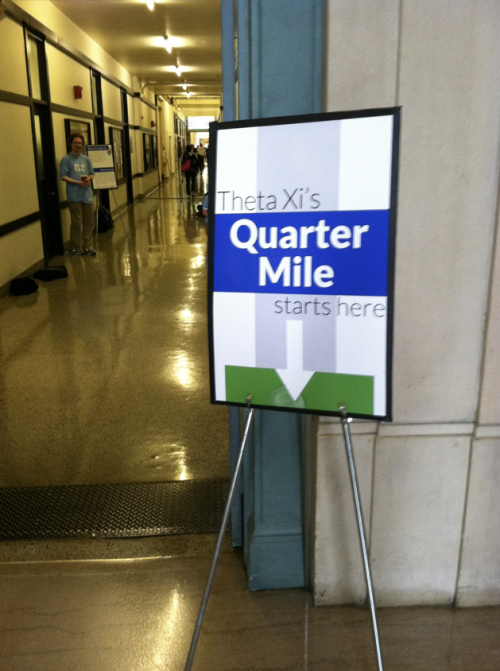 The Quarter Mile is the annual fundraiser of the MIT chapter of Theta Xi. 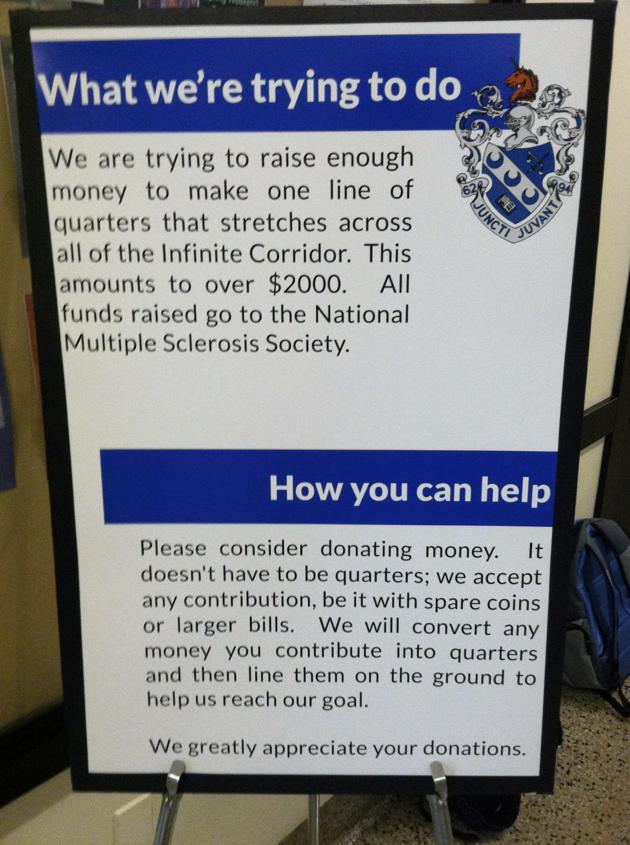 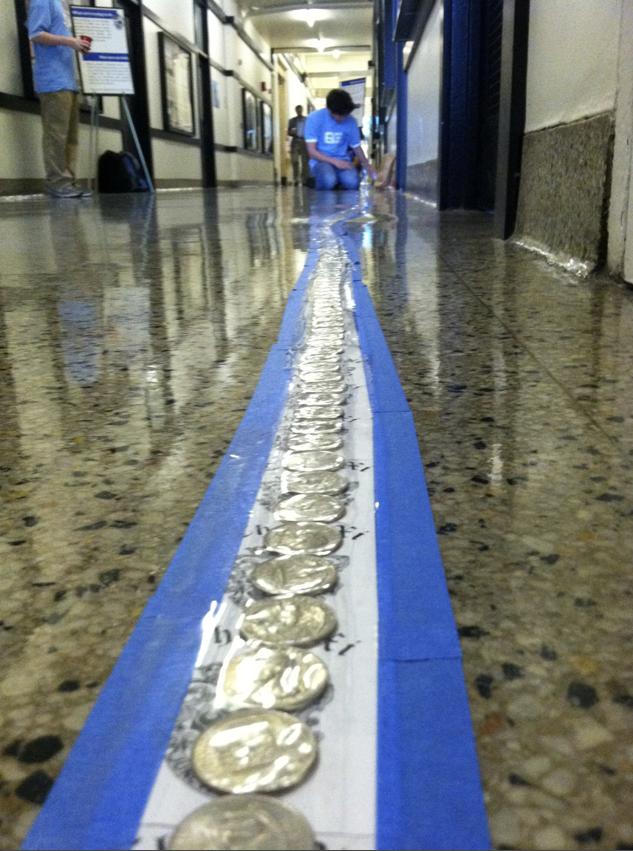 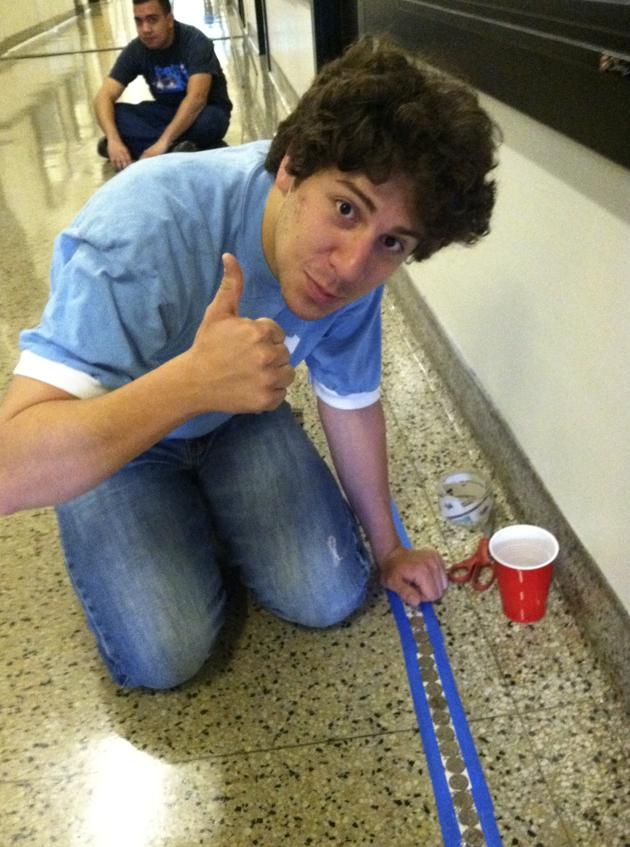 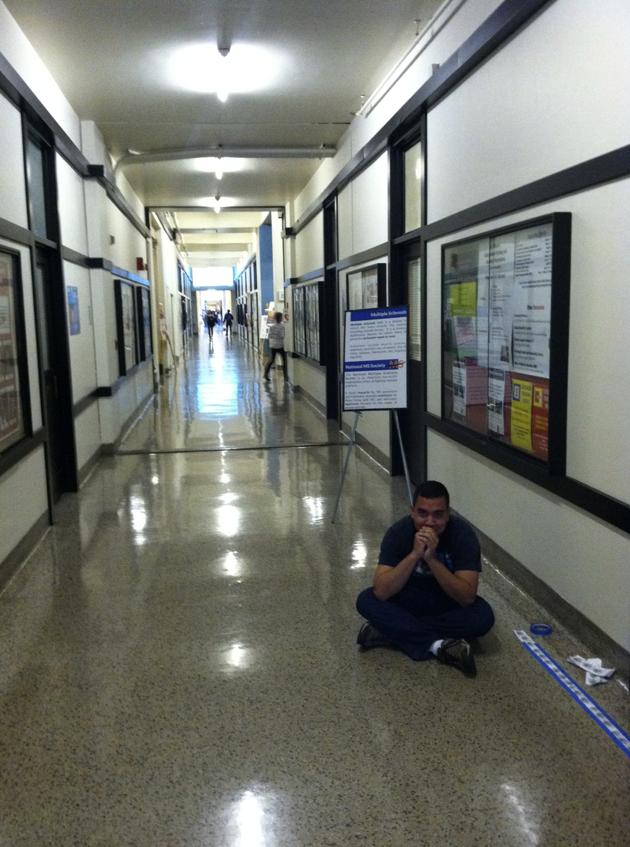 Still a LOOOOOONG way to go!
I gave the brothers a dollar. Did you know that at the MIT Federal Credit Union they can turn a dollar bill into four quarters? Truly, we live in the future. A future where some of the world’s best and brightest students spend three consecutive days taping coins to the world’s longest hallway.

Example n+1 of why MIT is such a special, strangely awesome place.