Given that tomorrow is pi(e) day, a celebration of irrational numbers and their homonymous dessert counterparts, let’s do a little thought experiment.

Let’s imagine that one day, a pang of hunger strikes you as though the goddess Limos had inflicted a terrible curse upon you. Well, maybe not THAT bad. This craving is just strong enough to make you go off in search of a bakery for a well-deserved snack.

As you’re wandering through town, you happen across a little corner shop that looks (and smells) promising. You push open the door and smile as you hear the familiar jingle of a little golden bell. And then you see the dessert case; instead of just the typical two-shelved glass box, this case was filled to the brim with pastries—cookies, cakes, tarts, crème brûlée. Any sort of savory treat that you could ever dream up was in this case, but one item immediately catches your attention. The pie. 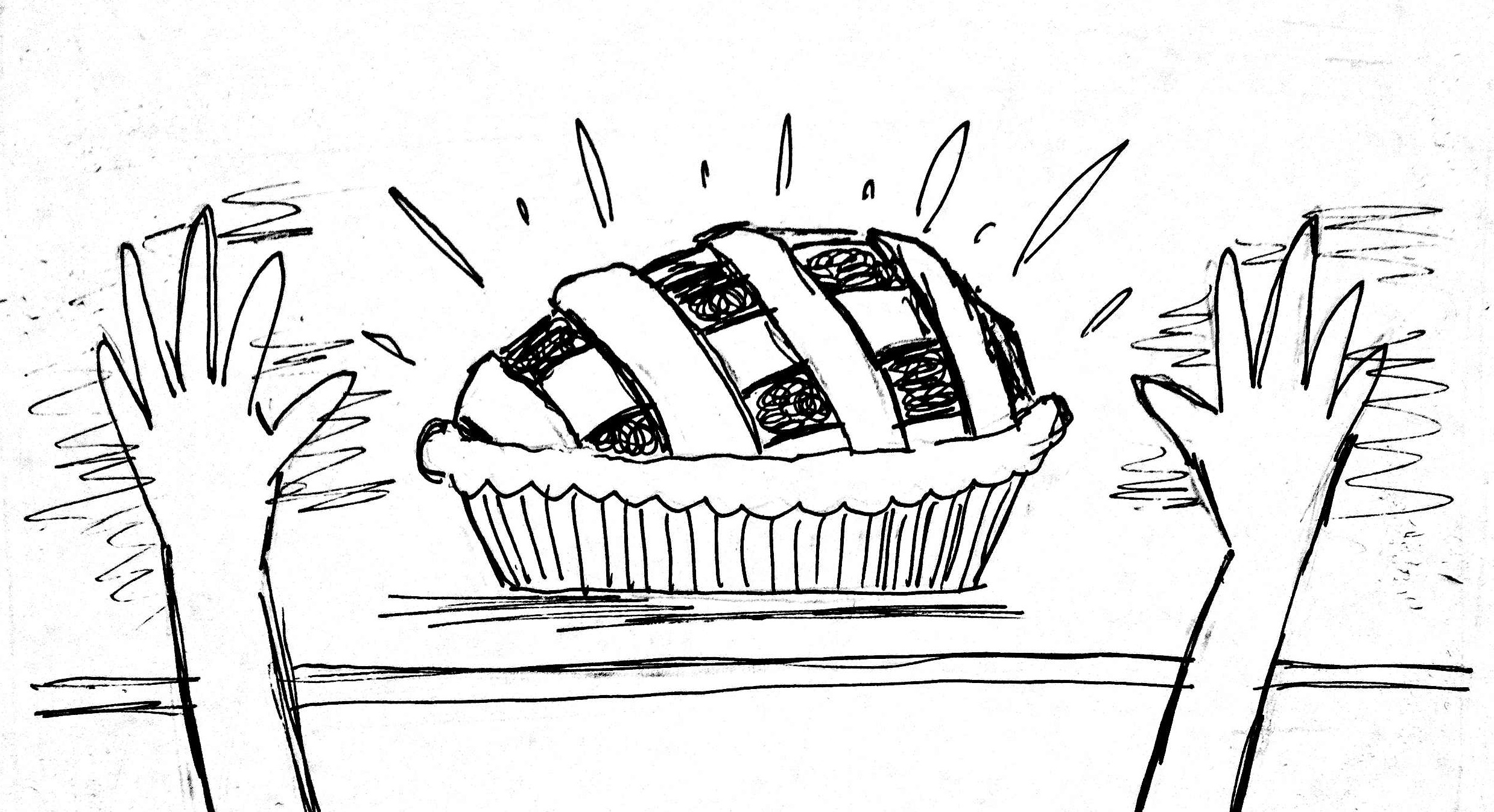 This particular pie looks like it belongs in Plato’s theory of Forms; it exudes the very essence of what it means to be a pie, and all pies are merely shadows of its perfect image. And you know that this will most definitely satisfy your hankering for something sweet.

However, for such a quaint little bakery, there’s a huge crowd of people bustling about—each one trying to catch the attention of the frazzled shopkeeper to put in their order. And it turns out, from the snippets of conversation that you catch from the chaotic rumble of crowd noise, that you’re not the only one eyeing that perfect pie. 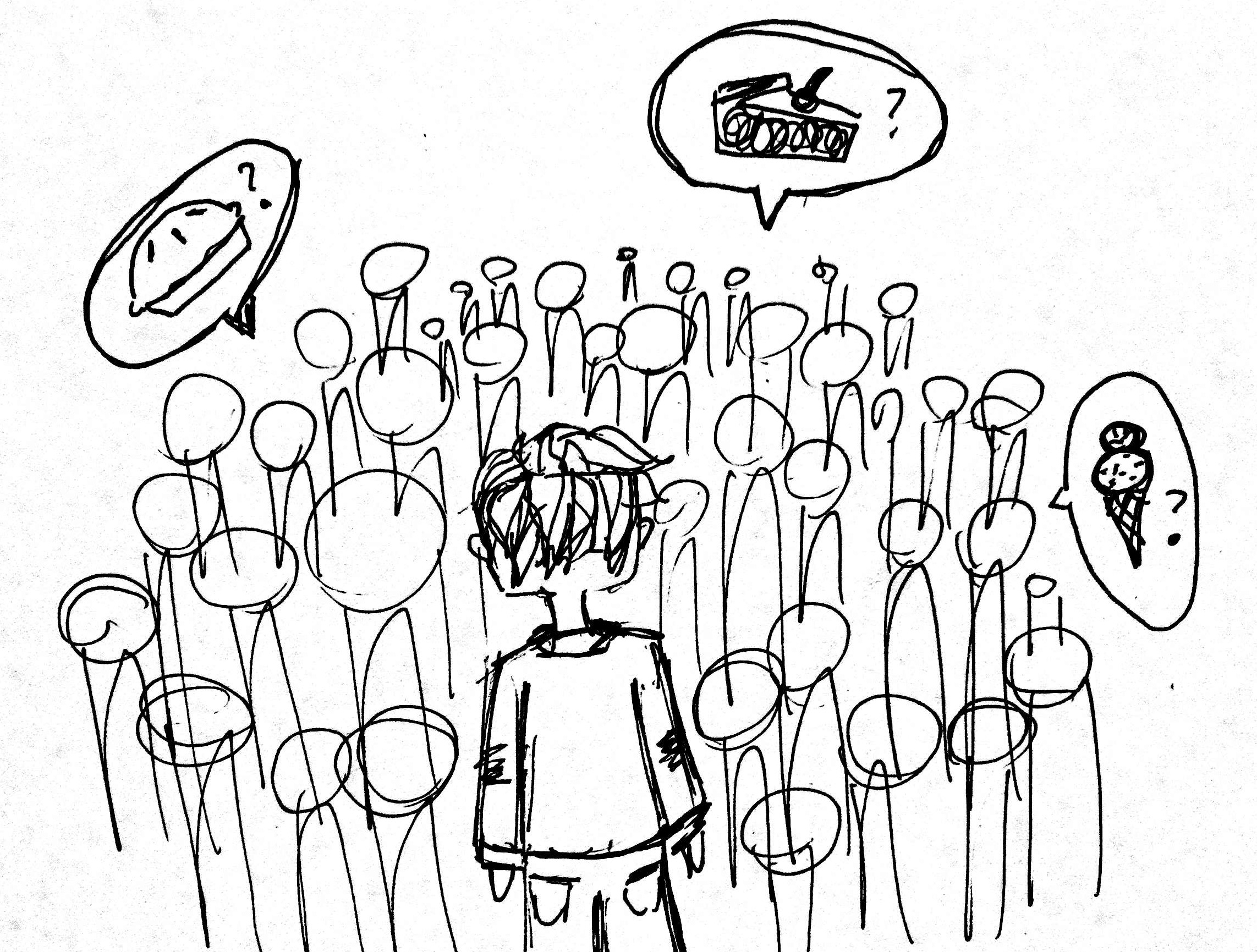 And with the sheer amount of people there, you realize that some people are going to end up getting a slice of that beautiful pie and taste sweet victory (in this thought experiment, victory = the flavor of your choosing), while others will have to watch the pie run out and be stuck in dessert-limbo, not knowing whether to order something else or hope that there’s just one more slice tucked behind a soufflé.

Not everyone who gets their dream slice of pie will treat it the same. Some gulp it down as fast as possible, enjoying the flavor for a second and moving on to other things. Others attack it with gusto and bite off more than they can chew, before they realize they have to slow down to savor the delicious taste. Some get sick of the pie halfway through and need to take a deep breath before finishing their piece, and a few even decide that they don’t want the pie and hand it off to someone else in line. 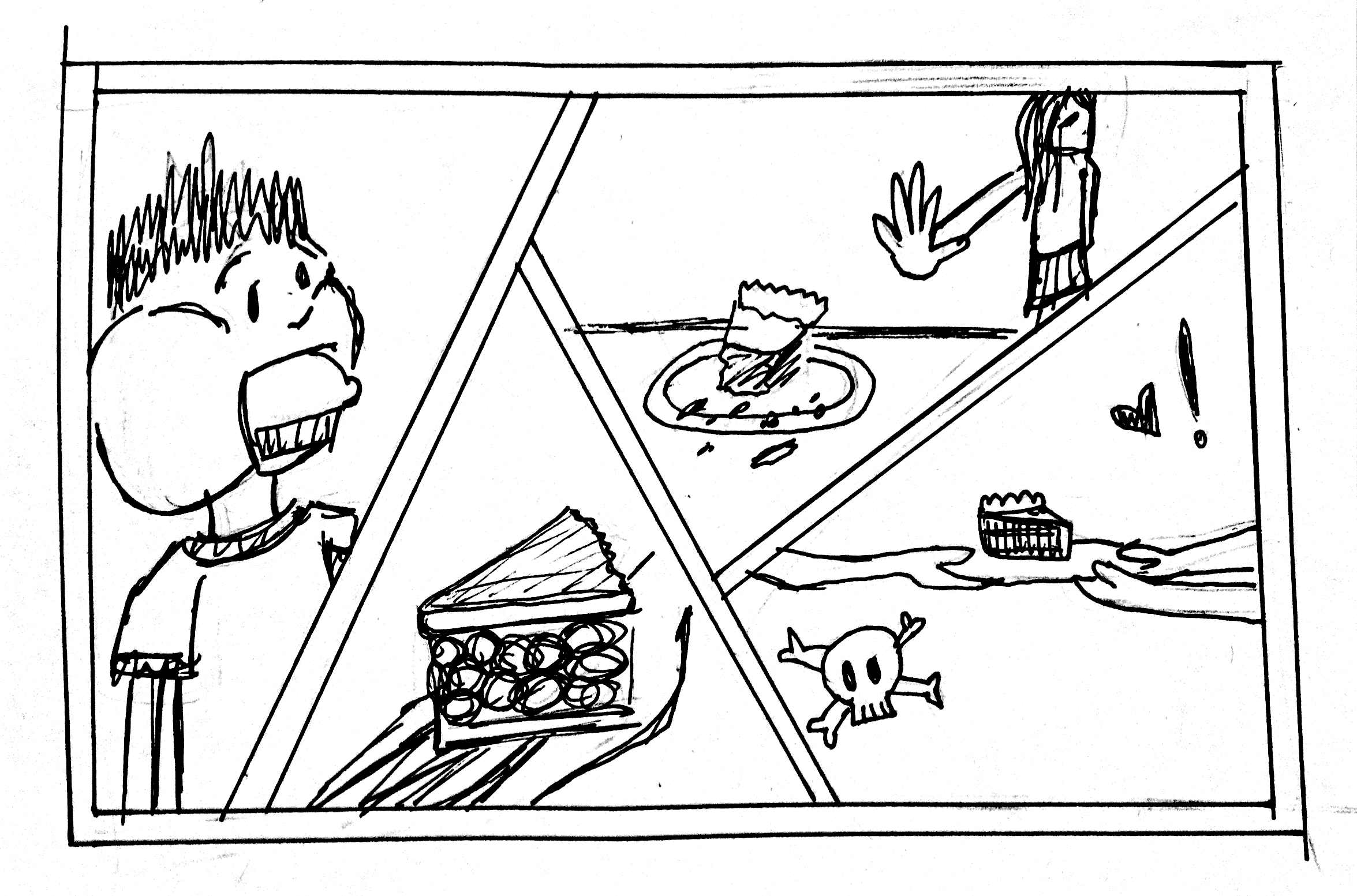 In this moment, all of the hopes overflowing from your heart and mind are geared towards obtaining a slice of this pie. It seems as though you’ve been dreaming of pie for days, and this dessert is the only thing that could ever satisfy your cravings. But you get so discouraged just by looking at the people around you, all equally hungry, living equally complicated and interesting and wonderful lives.

As much as you desire that pie, as close as you are to tasting it, you must reassure yourself that the world will not end if you don’t get a slice. Even though it would feel like a crushing defeat with the waves of hunger washing over your crumpled form (perhaps a minor exaggeration), not getting a slice of the perfect pie doesn’t mean that you’re any less deserving of it or of any dessert. You just had a lot of competition from equally ravenous people. 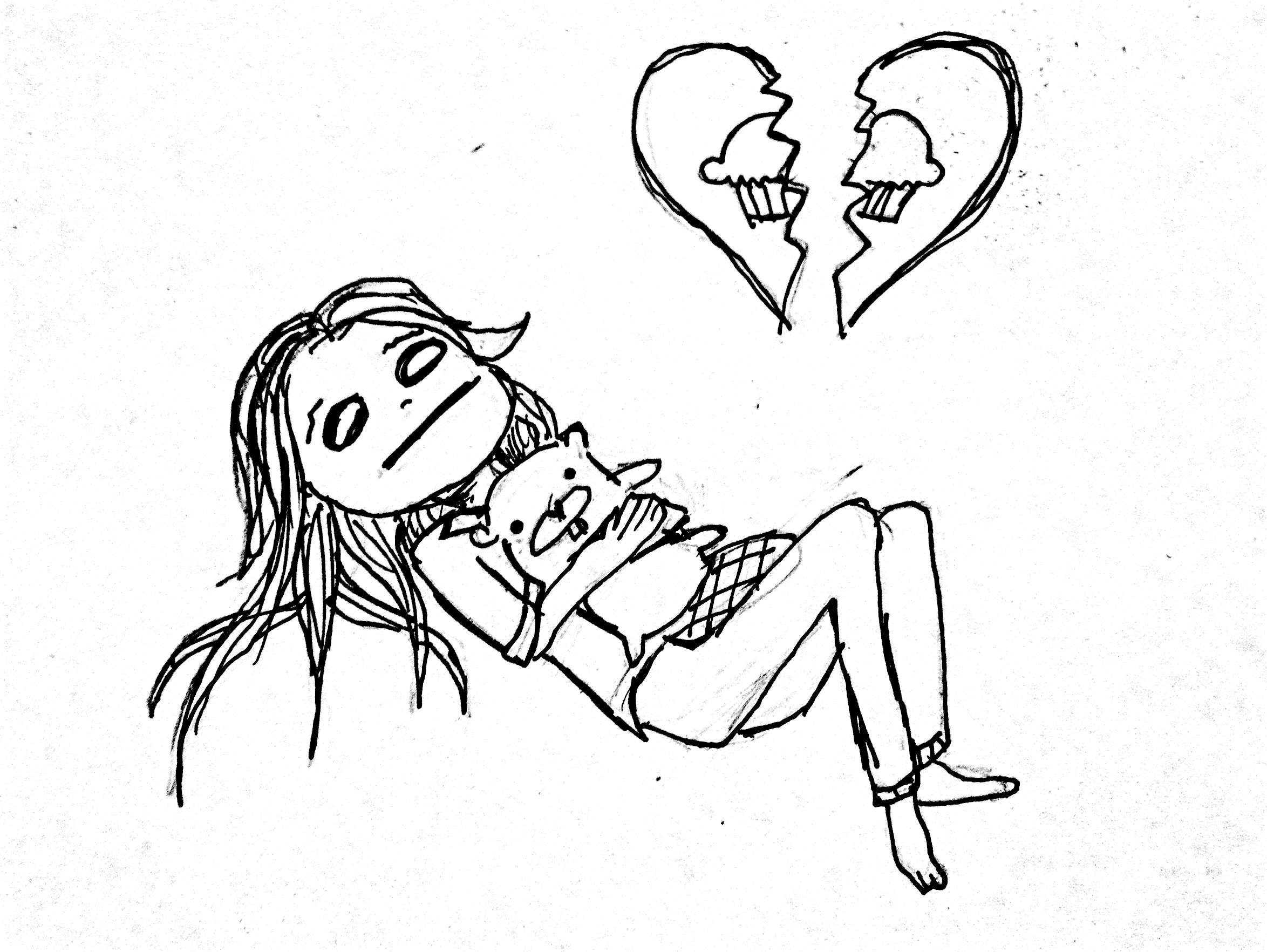 If you don’t get a slice, you may be at a loss for a moment. As soon as you turned your laser-focus on that pie, you forgot that all other desserts existed. Or you may deny that any dessert could taste even remotely close to the hypothetical flavor of that sweet, sweet pie.

But eventually, you’ll gather your wits, take another good thorough look at the dessert case, and try a different treat. Perhaps you’ll still have a pang of regret now and then that you couldn’t try a morsel of that pie, but maybe you’ll find that you’re more of a cinnamon roll person anyway. 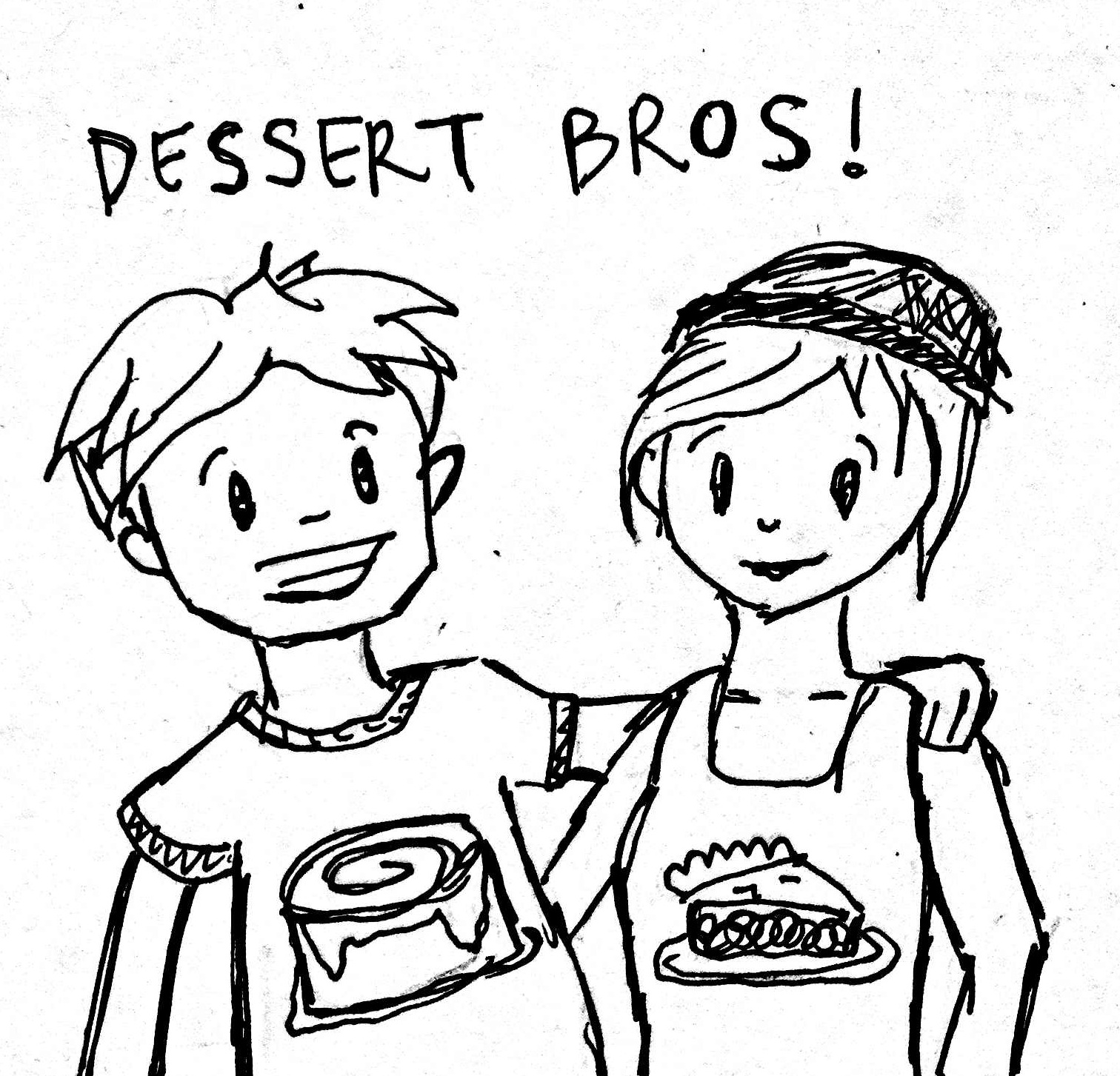 UAG
(in which Ceri attempts to make a terrible bio joke)

How’s that for a thought experiment? Hungry for some pie? (My victory/curl up into a puddle underneath a blanket/anytime flavor is mixed berry.)

Maybe you got something else out of that story too? Eh. Don’t think too much about it. Go chill, grab a snack, watch some Pushing Daisies, or a video of your favorite technical college admissions blogger crew being assaulted with food. Zone out and play with a website (or try one of these other ones), read something that inspires you, or thank someone who always cheers you up.