Language is a funny thing. It's so natural and as kids we pick it up quite readily from those around us. And now, while it is more difficult, you can still learn an entirely new way to think, to communicate, to ponder. It's quite incredible really.

Coming from the US, I had it easy overall. Growing up I spoke English from birth, and the few foreign words I learned were more novelties than anything else. But now, here I am, experiencing what it's like to live some place else, some place with a new language. 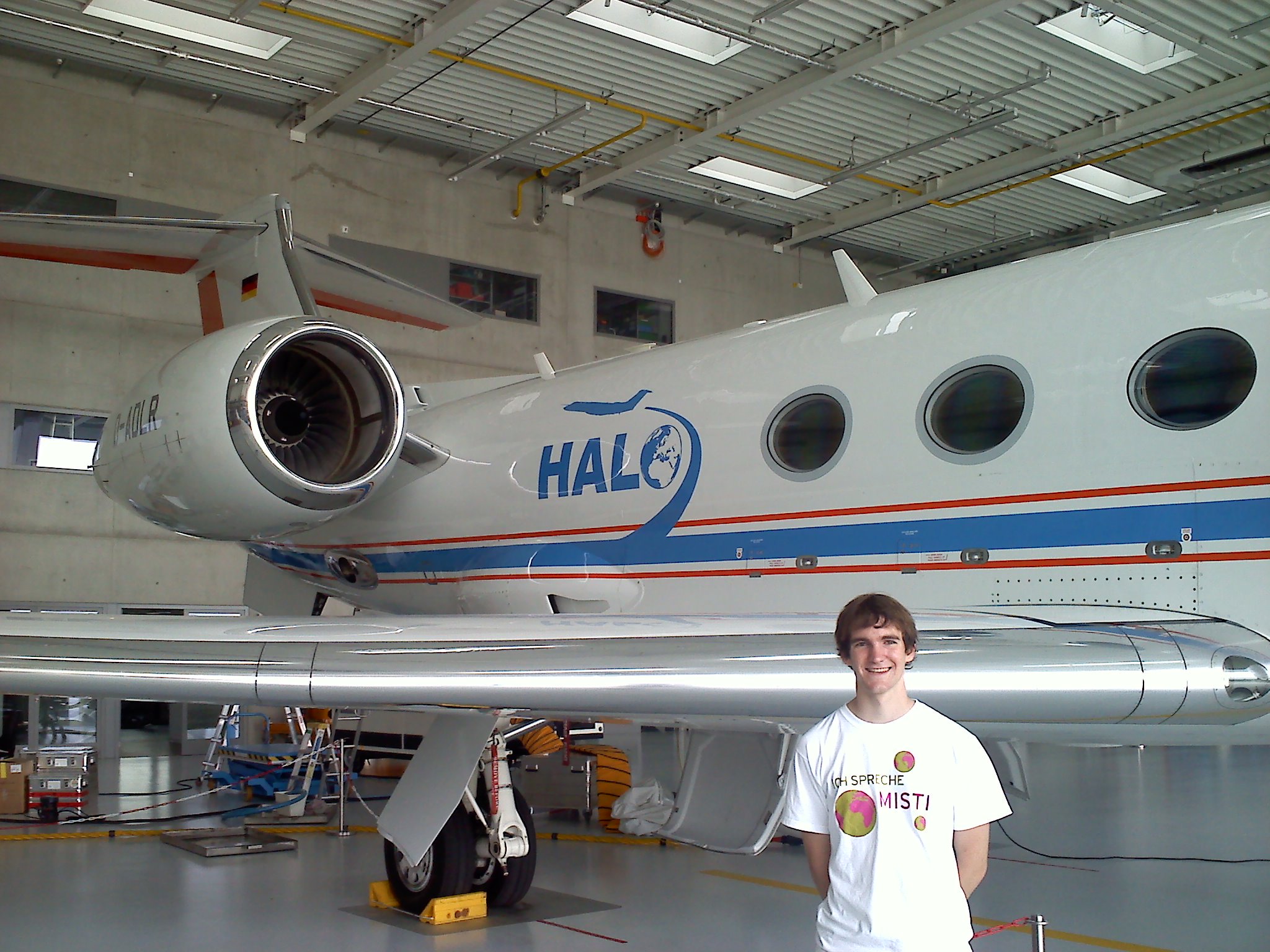 It's difficult. I'm envious of those who are fluent in both — those who simply upon hearing my accent switch seamlessly into English. But also, those people are incredibly interesting in how they interact, particularly in the lab. Unsurprisingly, Germans speak to each other in German. But there are foreigners here too, a decent fraction. And our institute often works with foreign research institutes. I'm reading a thesis of a friend; he could have written in English quite easily. It would have been deemed "better," more "advantageous" for being recognized. But the decision to write in German wasn't based on what would be the easiest (German) or what others thought would be "best" for one's career. Instead, the decision was made from a sort of nostalgia — writing in the language of his land, his people, writing in a language that he enjoyed but felt was slowly being squeezed out.

Germany is no tiny country in science. German isn't a tiny dialect spoken by only 10 people. But still there is this nostalgia, a feeling that something would be lost if everyone just used 1 language, even just for scientific publications, even when a common language would be more efficient.

Which brings up the question: what actually would be lost? Why might it be better to have this linguistic diversity? And to answer that, I'll expand the topic to cultural diversities, and some thoughts I have lingering from the spring.

Watching "Human Planet" (similar to the "Blue Planet" except the main characters are humans instead of the oceans) my friend brought up a quote related to the series. It went along the lines of: the reason that it's important that we recognize and celebrate these different peoples, these different lives, is because it reminds us that we are able to live a different way. That life is not constrained to the way it currently is in our neighborhood, in our culture, in our land. It's important to remember that there are other ways to live.

Language is tied to that. Staying aware of linguistic diversity also means keeping in mind the totally different lifestyles which humans can and have held. Language affects the way we live, not by setting hard limitations (as suggested in "1984" but rather in guiding what we tend to think about most often. As an example, you probably don't pay as much attention to the differences between light + dark blue as the typical native Russian speaker, not because their eyes are better, but because they don't recognize the two as the same color. Through language you are trained to classify and give order to the world in different ways, and then your mind learns to subconsciously process it's surroundings. (If you're interested, Through the Language Glass" is quite good).

So what does that mean? Does it mean that some languages naturally tend to help you think "more scientifically." Probably not, at least to a significant degree. Sure, not having a counting scheme might make it difficult (the Pirahã people being most popularized by the media). But I think overall, the message lies more in the decision to write in German in the first place.

By choosing to write in German, a message was most certainly sent. This scientist found the linguistic diversity of the german-speaking world, and indirectly the cultural diversity of the entire world to be of greater value than scientific expediency. An intimate aspect of his thesis became, indirectly, that there is more to science than just utility. There is diversity, there is language, there is culture intricately interwoven.

This post was first published on Gedanken in Germany: http://gedankeningermany.blogspot.de/