Instead of writing only about student life, I’m gonna try to write about some cool places on campus too. If you have any particular places or things you’d like to know more about (or see photos of, if you’re unable to visit MIT), leave a comment at the end of the entry, k?

According to the film Meet the Parents, geniuses choose the color green. In addition to geniuses, green carpeting, green couches, and green chairs, the Lewis Music Library has a phenomenal collection of resources to educate and entertain the MIT community. (Hrm, that intro was pretty weak sauce. The library’s awesome, though, so don’t hate it just because my hook sucked.) 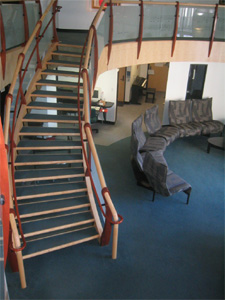 The library’s spacious layout ensures no one will feel claustrophobic while inside. 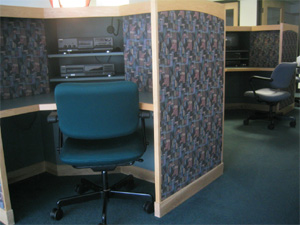 When you go up the stairs, you’ll find 30 custom-build listening stations. They contain CD players, cassette decks, turntables, VCRs, laser disc players, and DVD players. No, you can’t reserve this floor for your senior prom. 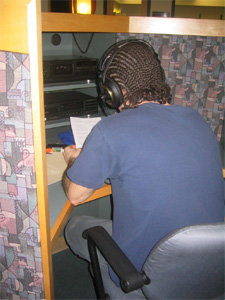 Stefano ’06, a physics major, listens to a classical recording and reads information about its composer. Listening to Schumann probably assuages the pain of full-body checking, which might be one reason why this varsity lacrosse player is so calm. He tried to reserve the room for a Super Bowl party, but no such luck. (Since I took this picture, Stefano has taken out his braids and has a mad fro. It looks really hot, but I don’t think the headphones would fit over it, so it’s a good thing they were in braids for the photo.) 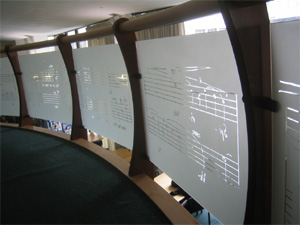 Each of the 19 glass panels on the library’s mezzanine displays a measure of a Canon composed by John Harbison, who wrote the song specifically for the library. Side note: Harbison won the Pulitzer Prize for Music in 1987, and just happens to be an Institute Professor at MIT. 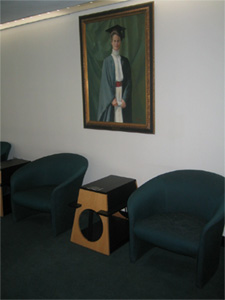 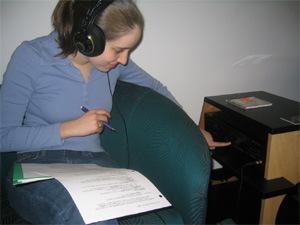 Susanna ’05 changes tracks on a CD for a music class. Notice the expression on her face; the Lewis Music Library sure does make the world a better place. 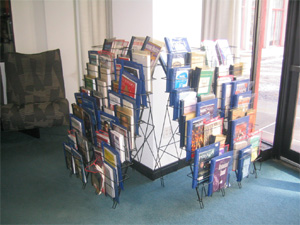 The library subscribes to approximately 75 print journals and keeps the most recent copies of each out for browsing. In addition to these print journals, the library also provides access to 75 electronic journals. 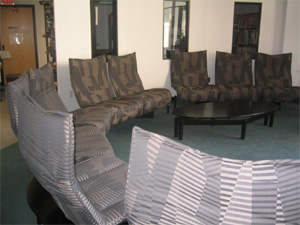 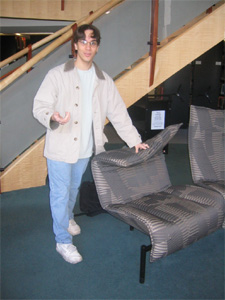 …they bend! No wonder everyone here is so chill while studying. (Wow, gotta love the vintage Sam photo) 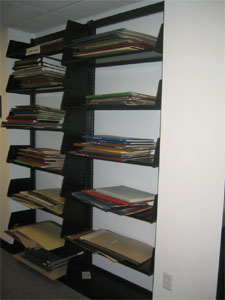 Here are some oversize scores, from larger-than-life composers. 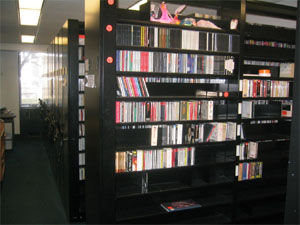 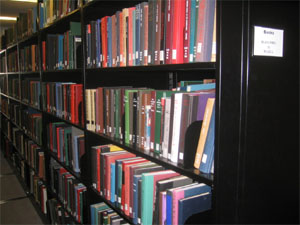 That is a ton of books. 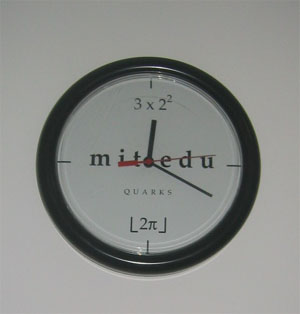 Since keeping good time is an important part of being a successful musician, we’ve got to post this picture of the library’s clock. Gotta love MIT. 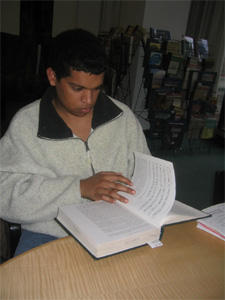 And now, what you’ve all been waiting for, a music major ! Peter ’05 intently studies a textbook. 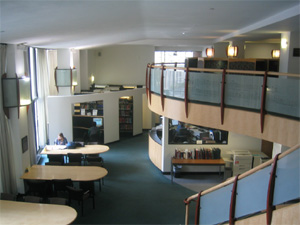 Isn’t the library a wonderful place?