mind, and hand, and heart

On Friday, June 5th, the Class of 2015 graduated from the Massachusetts Institute of Technology at the 149th commencement ceremony in the Institute’s history. At and by way of the ceremony, 1,054 undergraduates and 1,719 graduate students became MIT alumni, an association that now includes ~131,000 living alumni all across the world.

We are very, very proud of them.

The commencement address was delivered by Megan Smith ’86 SM ’88, the Chief Technology Officer of the United States. Before becoming the CTO of the USA, Megan worked at Google, where she oversaw Google[x] and Google.org, and as an early employee and eventual CEO of PlanetOut, an LGBT media organization. As an MIT undergraduate, Smith was a member of the student team that built a solar car and drove it across the Australian outback in the first Cross-Continental Solar Car race. “One of the very most important things in our school’s history is something that’s not in the motto [of mind and hand],” Smith told graduates: “it’s heart. What I mean by heart is not just love and kindness. I mean wonder and discovery, it’s openness, it’s inclusivity, creativity, passion, obsession, service.”

On the morning of commencement, I too addressed something to the Class of 2015 as well, with a post on the wall of the class Facebook group, which has been active since they were admitted in December 2010. I am going to repost it as I wrote it: raw, and unedited, and entirely from the heart:

but it wasn’t all that long ago that you were all bumbling around in this group like a bunch of puppies, all small and excitable and if truth be told somewhat unpleasant smelling and not yet potty trained but nonetheless probably worth it to welcome into our home.

you all were the second class that i helped admit but the first one where i was really involved or had any idea what was going on or what this place was and what you would all one day mean to it (and to me). and over the past few years, including a period of time where i myself enrolled as a student and become acutely aware of the dual meaning of IHTFP, you all came to mean more than i can say. i graduated in summer 2013, and it probably took me until fall 2014 before i started feeling ‘like myself’ again; until i had decompressed enough from the experience that i could really synthesize who i had been and what the Institute had made me into a unified person i could recognize in the mirror.

as i grad student, when i was at my lowest, i sat down with one of my former advisees and apologized for admitting him. i said that he could have gone anywhere else and he would have been happier and i felt guilty i helped make the case why he ought to come to MIT. and he politely told me i was a condescending idiot and that he *could* have gone to plenty of other places, but he chose here because he wanted to be broken down and rebuilt, and sometimes it sucked, but that’s what was happening. and that’s when i realized that all of you (whether or not you are graduating today, and no matter what is happening next) are more wonderful, capable, intelligent, enduring people than i had ever fully apprehended or appreciated.

i wrote this to the students in cms.400 this past spring, but it really holds true for all of you:

“MIT is a hard place, made all the harder for the resonant, omnipresent, pounding self-consciousness of how hard it is. This semester more than most. At MIT in general, and this semester specifically, you have all been through an experience that has marked you deeply, even as you endured it.

The etymology of the word ‘endure’ traces to a 1382 English translation of Acts 19:9: “Summe weren endurid, or maad hard.” But the word has two distinct meanings: to be made callous and indifferent, or to become sturdy, robust, strengthened. As a grad student (and in the immediate afterward), I struggled, not always successfully, to resist the pull of the former in favor of the latter. Whether you graduate in a few weeks, or in a few years, I hope that you can do that too.”

i don’t sleep with my grad rat on. one reason is so that, when i get up every morning, and get ready to go out into the world, the small ritual of slipping it on reminds me to be my best person: the most intelligent, rigorous, enduring, yes, but also the most humane, the most empathetic, the person most worthy of the privileges and obligations that a place like MIT confers and also a place like MIT needs. because the rest of the world is in desperate need of people who are all of those things: intelligent *and* kind, hardworking *and* humane, capable *and* considerate, etc. the ring is not necessary for this kind of reflection, of course, but i have personally found it a useful shibboleth. when you go to turn your rat around today, please, take a moment, just a moment, to think about how you will make the world suck a little less when you’re out there in it. because that’s really all any of us can do on a day to day basis: try to make the world suck a little less.

in the amber spyglass, will and lyra are told:

“And if you help everyone else in your worlds to do that, by helping them to learn and understand about themselves and each other and the way everything works, and by showing them how to be kind instead of cruel, and patient instead of hasty, and cheerful instead of surly, and above all how to keep their minds open and free and curious…” then tldr the world will be ultimately OK, or as OK as it can be, and this is what you can do. and this isn’t mawkish or or maudlin or sentimental because it is so painfully and incredibly true.

i am going to go now, because i am working your commencement, and it would probably be a good idea to put on pants. i will see many of you there. but please know that i am more grateful than i can say for having the chance to know yow, and more hopeful for the world that you are all about to enter.

I will miss the Class of 2015 dreadfully. So it goes. But MIT has had them for long enough. Now they belong to the world. 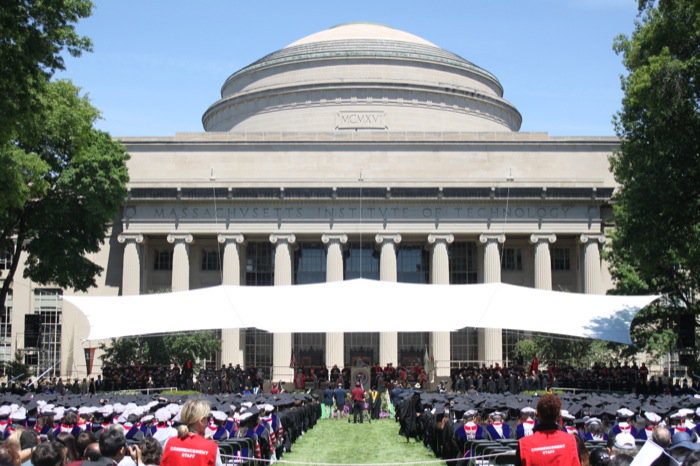 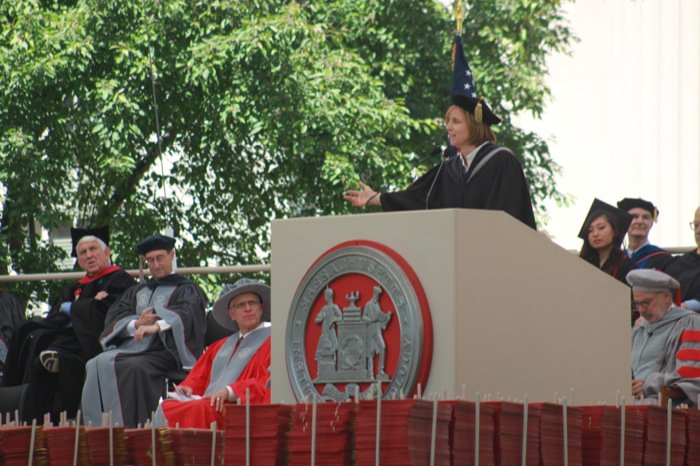 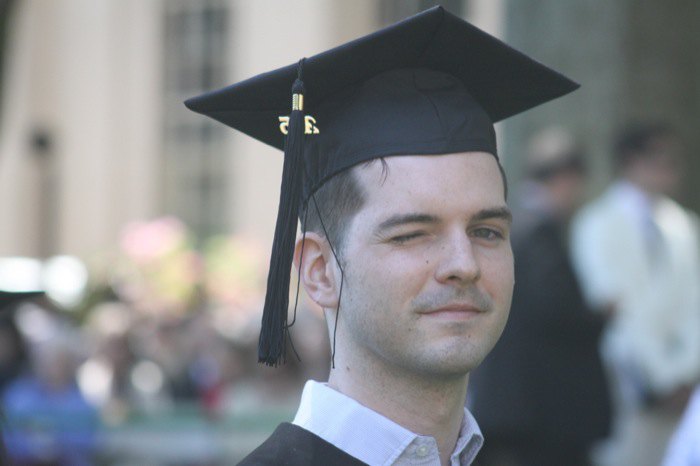 Blogger Chris M. (originally ’12, but graduated ’15 after taking some time off to start his company) 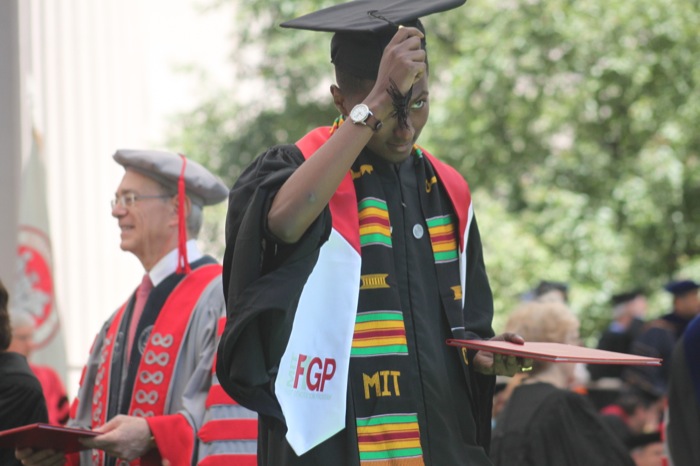 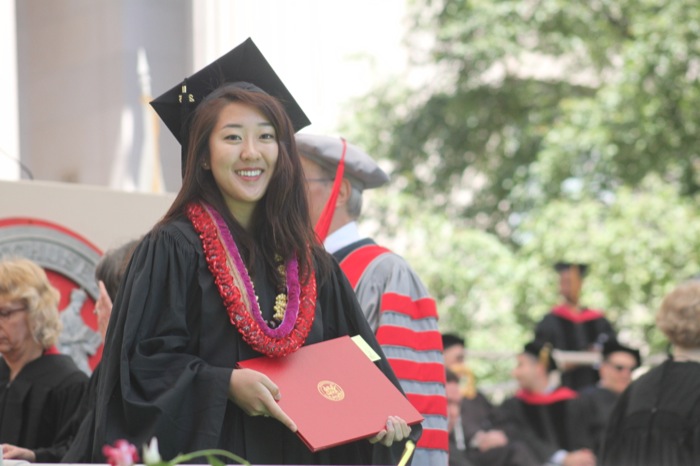 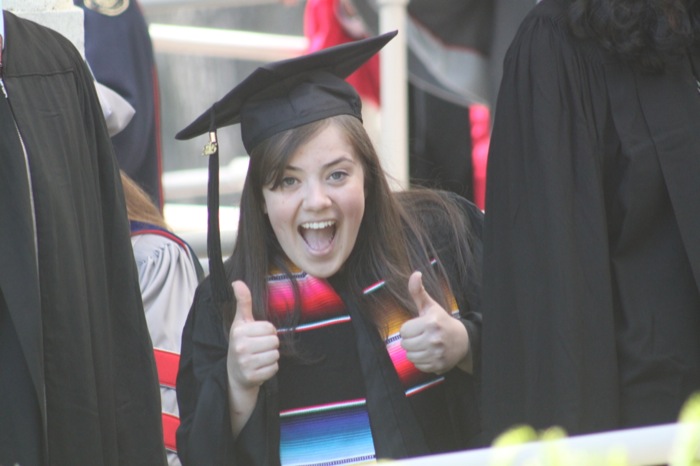 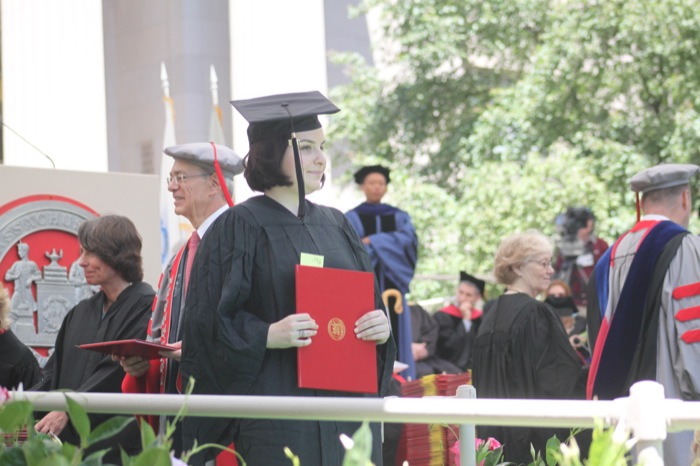 Blogger Chelsea R. (originally ’14, but took some time off on medical leave for mental health) 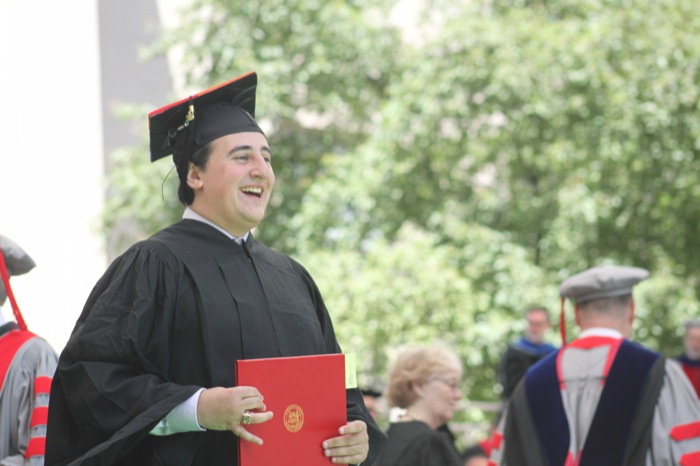 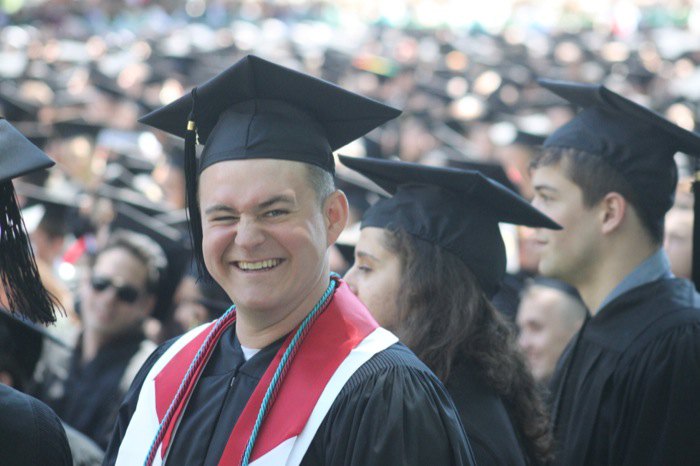 Zach B. ’15, former student of mine and first generation graduate 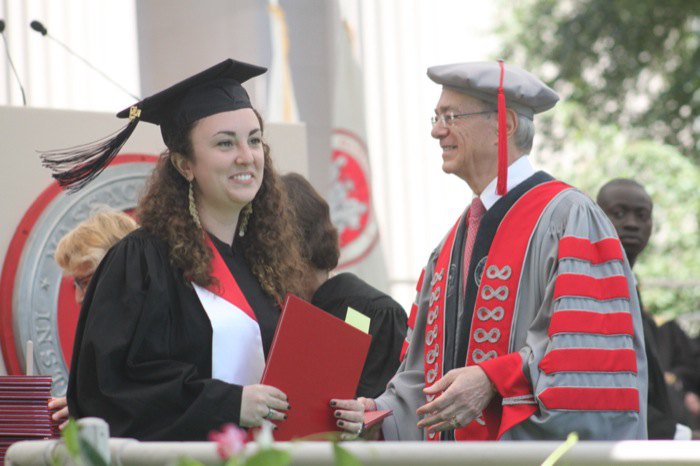 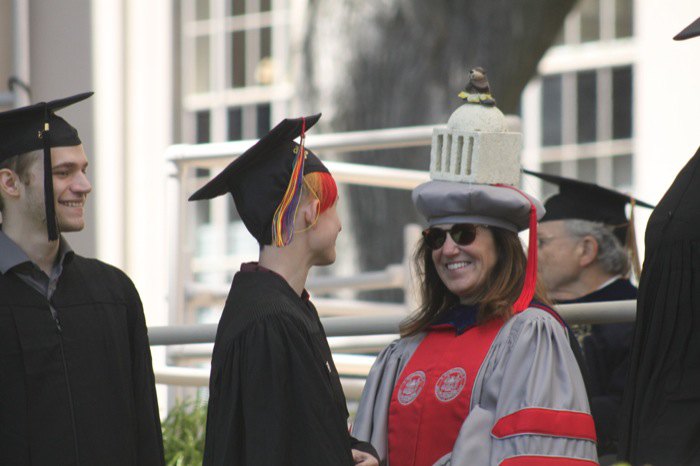 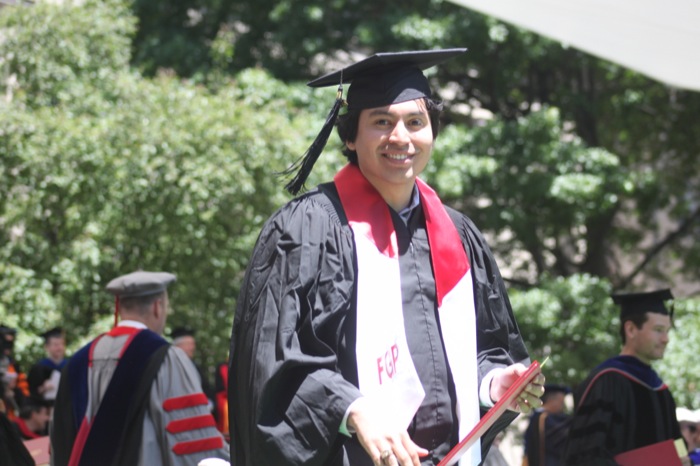 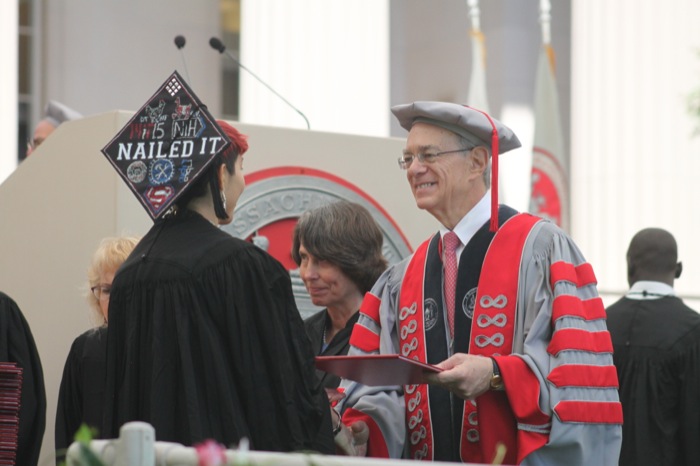 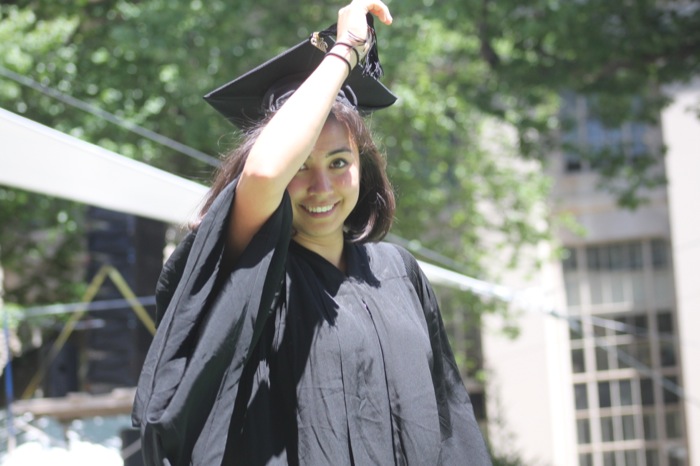 Hannah W. ’15, former student of mine and singer in the MIT Chorallaries 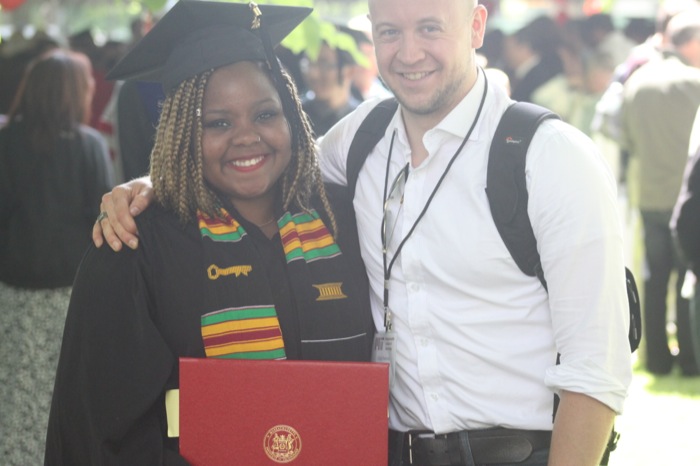 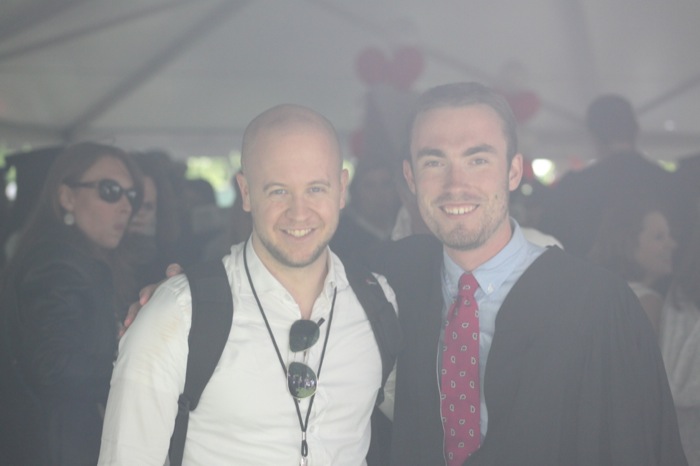 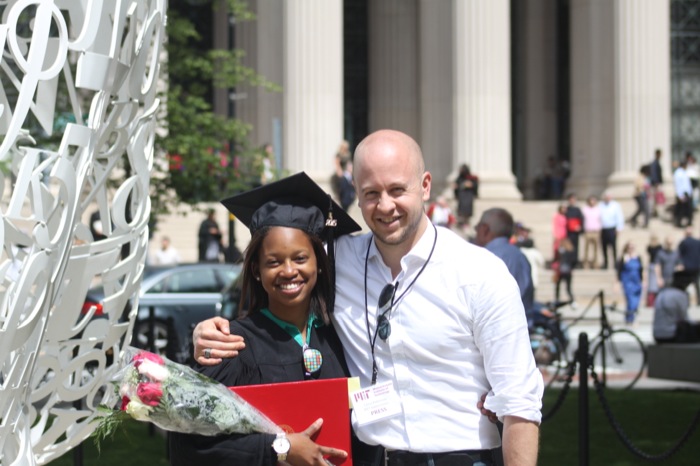 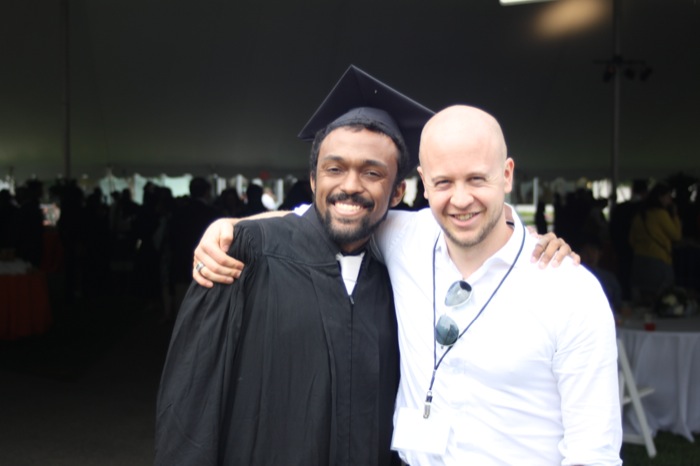 David S. ’15, former student of mine and semiprofessional troll, on the Internet and also IRL 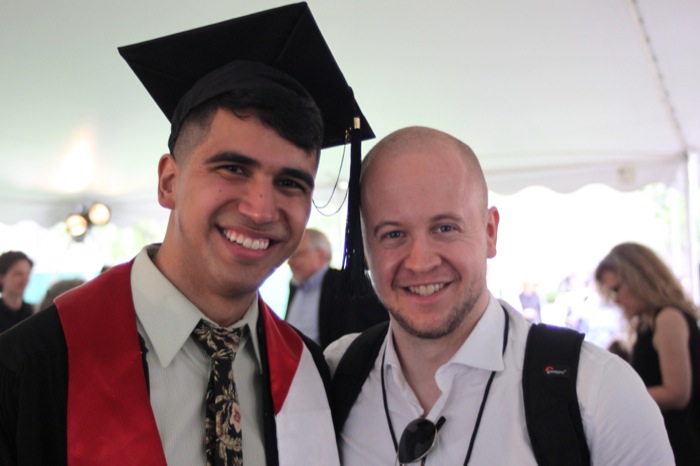 Royal M. ’15, first generation graduate; I read his application back in 2010 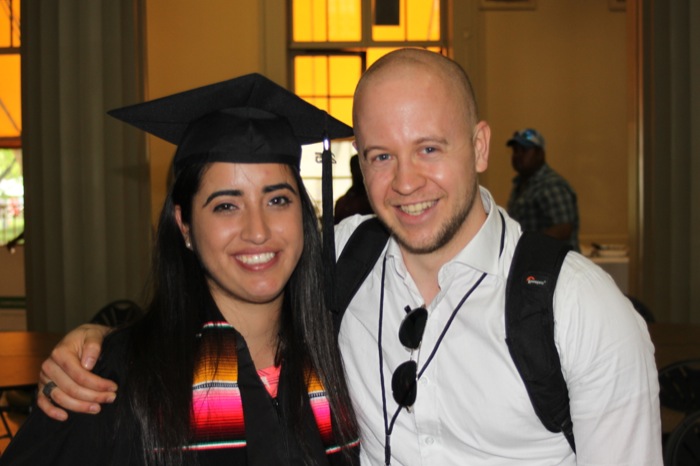 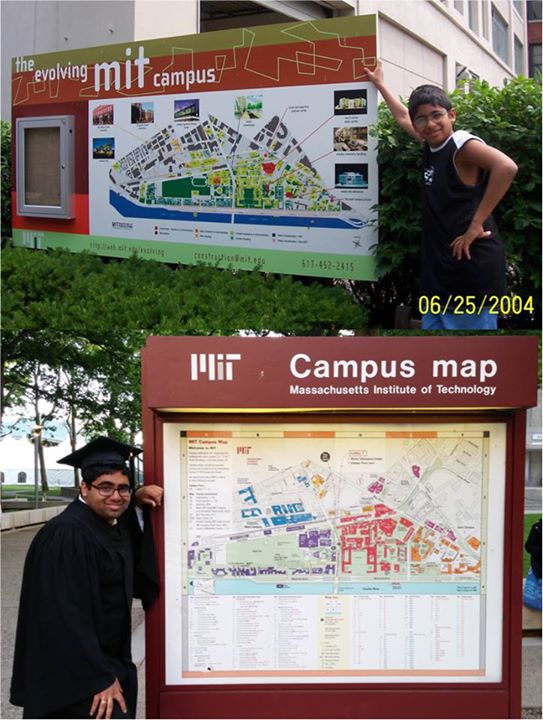 Ryan A. ’15, former student of mine who yesterday made his childhood dream of graduating from MIT come true