ft. my cat and my new apple pencil

Back in July, when the Institvte first accidentally leaked their plans for the fall, most people reading the FAQ immediately scrolled to big-ticket items like “who gets to live on-campus next year?”,”how much will tuition be?”, and “will we get grades in the fall?”.  Many of us had spent months pondering and debating every possible answer to these questions, based on nuggets gleaned from meetings with MIT administrators, the UA’s Instagram posts, and whisper networks. We were thrilled to finally have some real information. However, some intrepid students, rather than skipping to the good stuff, painstakingly close-read the entire document, and found a few unexpected tidbits: 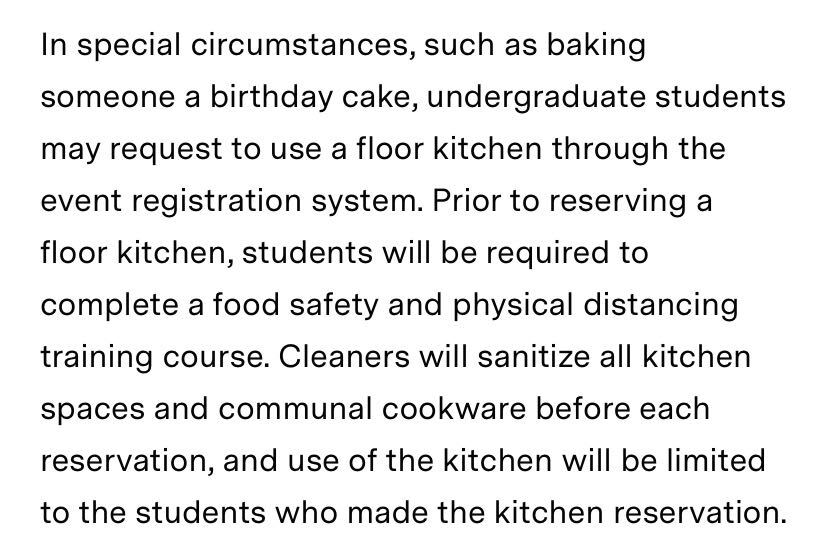 my podmate Aidan turned 22 this week and we had our grad ra get him a cake from costco instead. you know, like normal people

one question remains: what will they do with the 6000 ipads once the loan expires and everyone has to give them back to mit?

Yes, you read that correctly: MIT announced that students in the dorms would be able to bake birthday cakes in a simple 3-step process involving two safety trainings, a registration system, and a kitchen deep-clean by the janitorial staff. Also, they announced intentions to ship a cellular-enabled iPad and Apple Pencil to every undergrad and every grad TA who wanted one. Many students were baffled by the generosity of the iPad plan⁠01 especially given the lack of generosity of some other parts of the plan, like financial aid and also confused about how it would work logistically. Memes ensued. 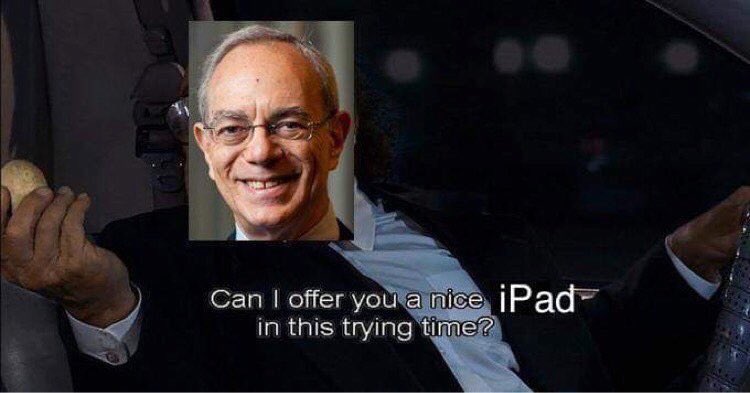 i don’t know who made this, but thank you, and thank you to my friend Eren for sharing it with me

I actually already had an iPad, so I was excited for my friends, but didn’t think I would personally get one. Then, I learned that “cellular-enabled” meant unlimited data and 50 GB/month without any throttling. My parents’ wifi generally goes out for a few minutes at least once a day, so I was intrigued by the data plan, to say the least. Soon, I learned that the MIT iPads were basically the newest, most expensive models, and at least 3x the cost of my still-pretty-good iPad. Also, I’m not one to turn down free stuff.

So, it was a no-brainer — I signed up for an iPad. I decided to transfer my data from my personal iPad to the MIT iPad, and then factory reset and lend my personal iPad to my mom for the school year while I used the nicer MIT-provided iPad. Every day in August, I checked my parents’ front porch for a package from IS&T. No dice.

Still iPad-less, I flew back to Boston and moved into Simmons. I was disappointed that my plan to lend my mom my iPad hadn’t worked, but I vowed to make the most of the experience; I decided to kickstart my career as an influencer by making unboxing videos for the iPad and the Apple Pencil. There were just two problems: I did not yet have anything to unbox, and I have never seen an unboxing video and thus had no idea how to make one.

Now, I had something to unbox, and I wouldn’t let my lack of experience stop me from vlogging the experience.

This is the part of the post where I would embed the iPad unboxing video. There was just one problem: I doxxed myself so thoroughly and completely in the video, displaying my full name and address in almost every frame, that I can never post it publicly on the Internet. Due to my lack of unboxing-video know-how, I didn’t have the foresight to remove the address labels beforehand, and once the iPad was out of the box, so to speak, I couldn’t turn back the clock and film the video over again.

However, the story wasn’t over. I received the Apple Pencil a few days later, and I was able to film myself unboxing it. It was quarantine week, so I had to hold my phone in one hand and open the box with the other. I still doxxed myself a little bit, but I was able to edit out that part of the video, replacing it with a picture of Sunspot, one of my family’s cats.⁠03 I honestly think this is more enjoyable than watching my disembodied hand flailing around anyway

So, if you’ve ever wanted to watch an unboxing-video-turned-accidental-ASMR filmed and edited by someone who has never seen an unboxing video, and who was filming and opening the box at the same time, you’re in luck. Enjoy.