chucking pumpkins off the highest building in cambridge. that's an exclamation mark, not a factorial.

What do MIT students do on a Saturday night?

Well, if it’s the Saturday before Halloween – they watch hundreds of pumpkins get tossed off the highest building in Cambridge!

Or, more accurately, they do that at midnight.  At 8 pm, they go around and beg for candy from dorm desk workers: 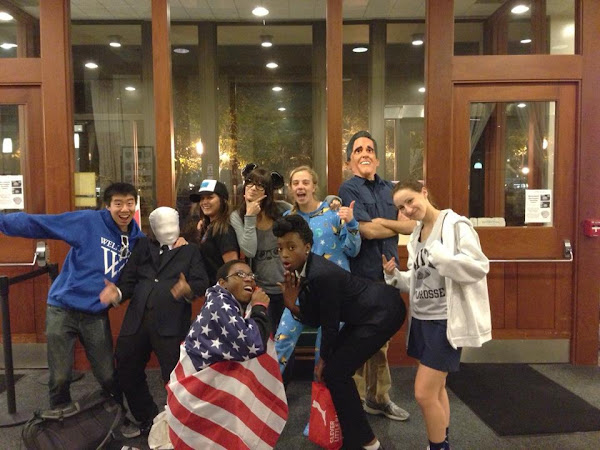 (I was supposed to be a Wellesley girl.  No, I was not prepared for this)

But after stuffing our pockets full of Snickers, Crunches, and enough chocolate in general to sink a small ship, midnight did indeed roll around.  And so we trudged, stomachs full of chocolate and minds full of guilt, over to the east side of campus, and stood in a semicircle under the Green Building (fun fact #1: it’s the tallest building in Cambridge.  fun fact #2: there will always be at least one light on in the Green Building, because it is full of grad students and grad students do not sleep.  Rumor has it that the day that all the lights in the Green Building are off will be the day of the apocalypse) 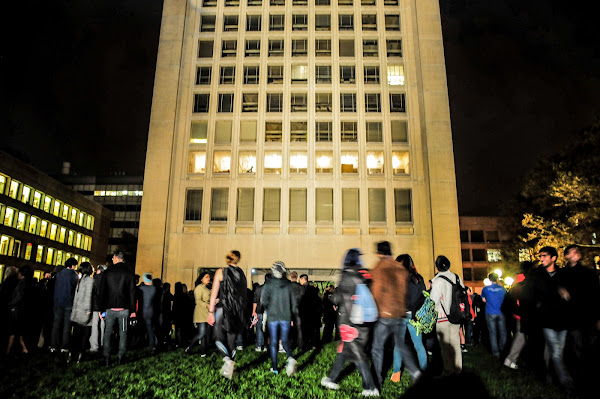 Some background: every October, 1W (the smallest hall in East Campus) throws lots of pumpkins off the 295-feet high roof of the Green Building.  Why?  Because of tradition.  Or because of reasons.  Whatever.  You can’t really have a holiday at MIT without someone throwing something off a high building.

A few balloons floated down.  First West, you trolls. 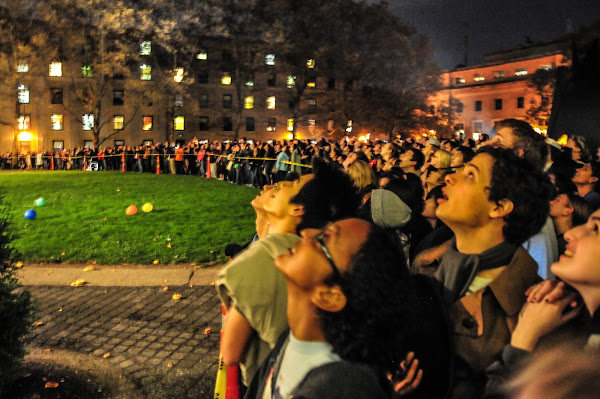 But the pumpkins did come, and come fast they did.  The pumpkins hit the ground at such a high velocity that they basically exploded into puffs of smoke.  Within a few minutes, the floor below the Green Building was literally covered in pumpkin matter. 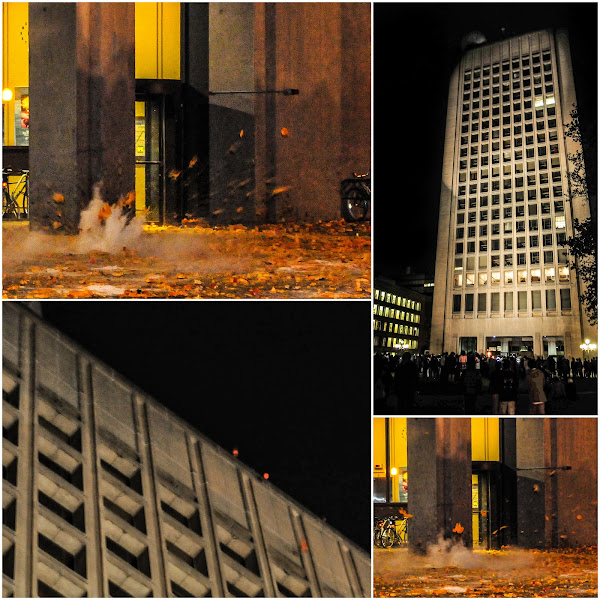 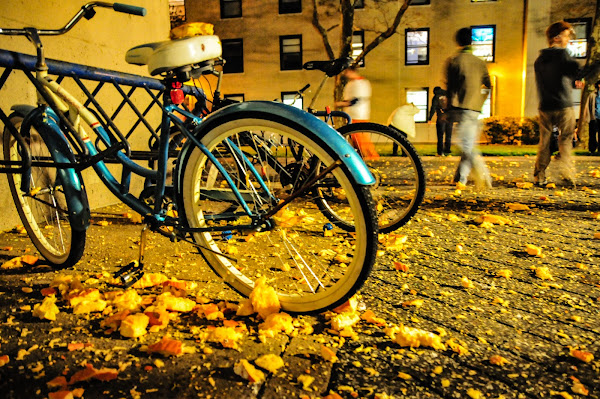 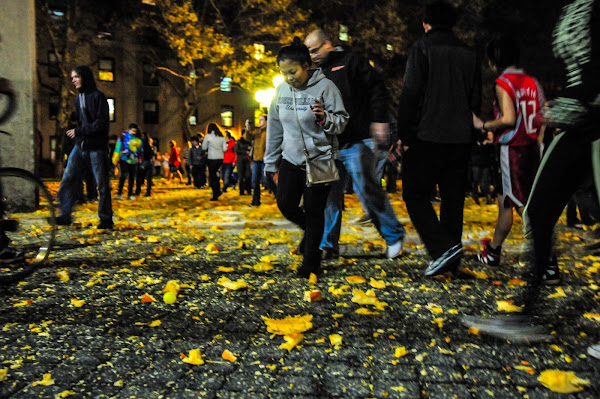 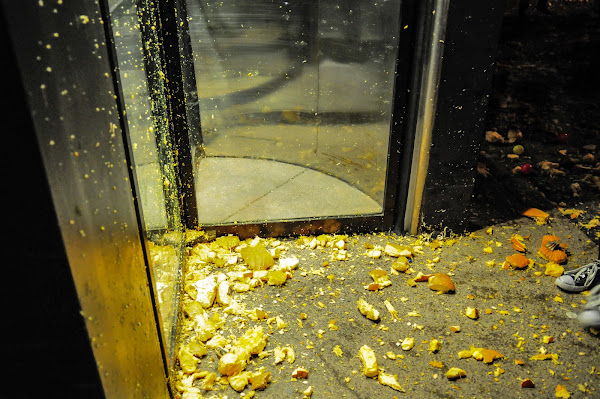 Happy Halloween, good luck on your EA applications, and as a wise man once said, watch out for exploding pumpkins!