We are what we celebrate

As many of you know I am a FIRST Robotics nut and Kool-Aid drinking member of the Kult of Kamen.

One of the (many) things Dean Kamen has said that has always resonated with me is that “we are what we celebrate.” Celebrity is fundamentally heroic; even our most tragic celebrity narratives (#winning) still construct the archetypes we pattern ourselves after. This is an issue I’ve written about before in other venues on the subject of gridiron football – amidst a growing body of evidence that football causes traumatic brain injury, the NFL continues to sell photos of “big hits” and stupid sportswriters continue to laud players who play through injury. What we celebrate, and whom we praise as heroes, becomes what we want to become.

Dean’s point was that we spend too much time celebrating athletes, musicians, and movie stars and not enough time celebrating technologists and engineers. I agree with him. And I agree especially in the case of women. I’ve posted blog entries before about women at MIT, because we have great women here studying in fields – especially STEM – in which women have been historically underrepresented.

Why have women been underrepresented? Well, there are many reasons, reasons too complex to discuss in a PhD dissertation, let alone a blog post. But one of them is best summed up by this SMBC cartoon:

And another, related reason is that public role models for women have rarely been scientists and engineers. This isn’t to say that there haven’t been terrific women in STEM – just that, as with Rosalind Franklin, they often haven’t been as recognized as they should have been. They haven’t been celebrated.

As one blogger pointed out, look at any magazine rack and you can see what popular culture celebrates in women: 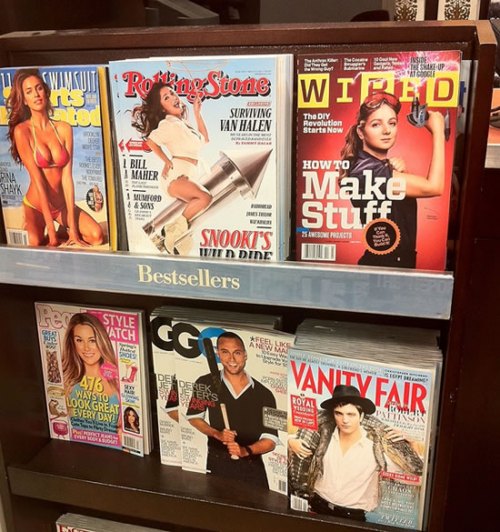 Wait, hang on…what’s that on the cover of WIRED? 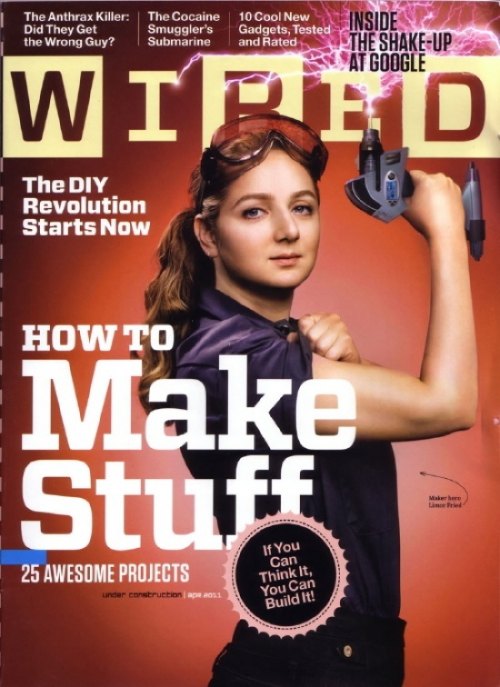 Ladyada owns. She’s credited by many with being responsible for driving the arduino revolution. She also runs her own business, creates elaborate engineering tutorials and epic electronics projects.

And oh yeah, she got her undergraduate and graduate degrees in electrical engineering and computer science from MIT, with a totally kickass thesis project on Social Defense Mechanisms:

In contemporary Western society, electronic devices are becoming so prevalent that many people find themselves surrounded by technologies they find frustrating or annoying. The electronics industry has little incentive to address this complaint; I designed two counter-technologies to help people defend their personal space from unwanted electronic intrusion. Both devices were designed and prototyped with reference to the culture-jamming “Design Noir” philosophy. The first is a pair of glasses that darken whenever a television is in view. The second is low- power RF jammer capable of preventing cell phones or similarly intrusive wireless devices from operating within a user’s personal space. By building functional prototypes that reflect equal consideration of technical and social issues, I identify three attributes of Noir products: Personal empowerment, participation in a critical discourse, and subversion.

Congrats, Ladyada, for being on the cover of WIRED. You own. And, more importantly, you give me cause to believe that perhaps we are celebrating the right things. For the first time in a long time, Dean’s axiom is itself cause for celebration.