a week of connecting incoming freshmen with MIT startup founders

FPOPs are freshman pre-orientation programs, where you get to come to MIT a week early and learn about a specific aspect of MIT while getting to know the other freshmen in your program. Most (all?) departments have one, from Discover Nuclear Science & Engineering to Discover Mechanical Engineering to even programs like Freshman Leadership Program or Freshman Arts Program. If only there was an FPOP for entrepreneurship…

So there I was, messaging a few friends about things and in one conversation we start talking about venture capital firms, which are companies that invest money in startups in the hopes of greater returns. I mention how I really want to do part-time work for a VC firm this fall and he offers to email intro me to one that he knows. In that email though, he also asked the VC if he was available for a luncheon for incoming MIT freshmen on Thursday. Intrigued, I asked my friend what the luncheon was for and he told me “the Discover Entrepreneurship and Leadership Program”.

So there is an FPOP for entrepreneurship!

I thought to myself, “I just spent this past semester getting to know pretty much every single one of the groups on that list! I have to be involved.”

I emailed the students in charge of the DEAL program, and they graciously let me tag along and help out. I helped them set up some tours and get judges, and generally just mentored the freshmen with any questions they had. It was a great experience. 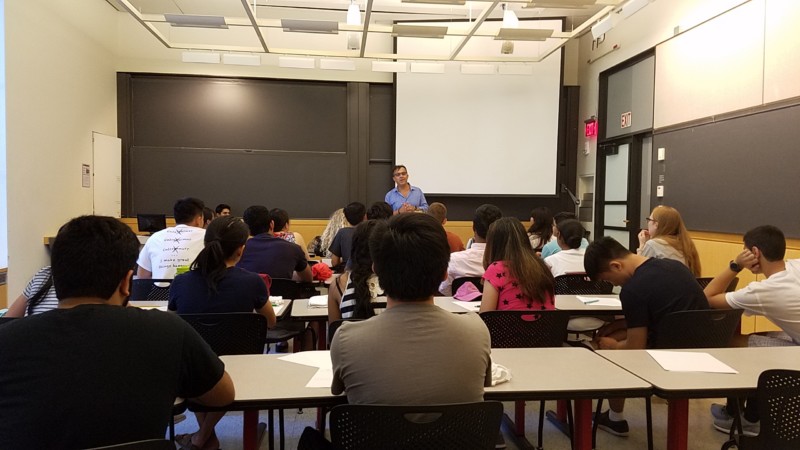 Towards the start of the program, we had venture capitalist Philippe Schwartz give a talk on growing companies while living in Israel, Europe, Asia, and the US. He is now a partner for Square Peg Capital in Boston, and he gave the freshmen a run-down of interesting industries and opportunities in the upcoming years.

We also had Krishna Gupta from Romulus Capital come in and speak. Krishna went to MIT as undergrad (dual major in materials science and management) and he actually started Romulus while in school. He spoke on currently popular technologies like artificial intelligence and virtual reality, and he quoted Amara’s law: “We tend to overestimate the effect of a technology in the short run and underestimate the effect in the long run.”

My favorite story from him was when he told us about his friend who started Levant Power. They would sit in the student center, chatting about Levant, and his friend was really worried that they would go bankrupt. But they eventually developed one of the most advanced forms of active suspension technology and went on to receive offers from major car companies. To think that these two amazing companies where started over conversations at a food court where I eat my lunch every day is incredible. 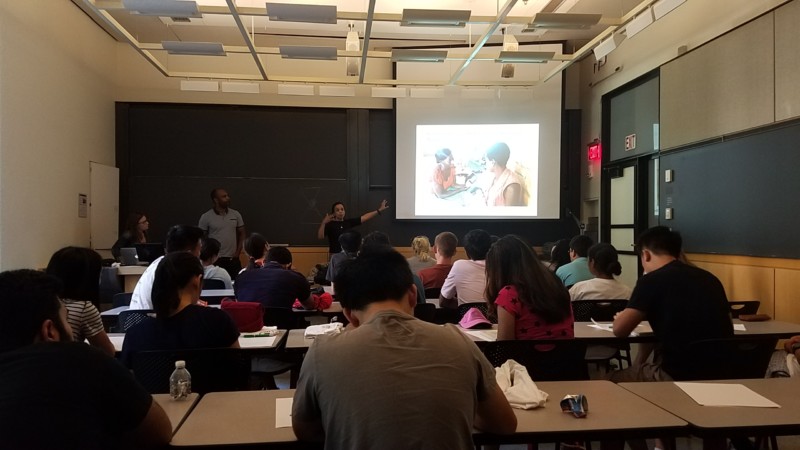 We listened to the MIT startup mDoc, a digital health company that focuses on Sub-Saharan Africa. Digital health is the convergence of programming, research and technology to craft more effective healthcare. mDoc uses mobile and web platforms to bring better care to terminally ill and fight off chronic diseases. Co-founder and CEO Laura go a degree in mechanical engineering at MIT and later a Masters in Public Health from Emory University and her MD and MBA from Yale, while her co-founder Imo Etuk went to Temple University for electrical engineering and got an MBA from NYU Stern. That’s a lot of degrees between the two of them, and these guys know what they’re doing. 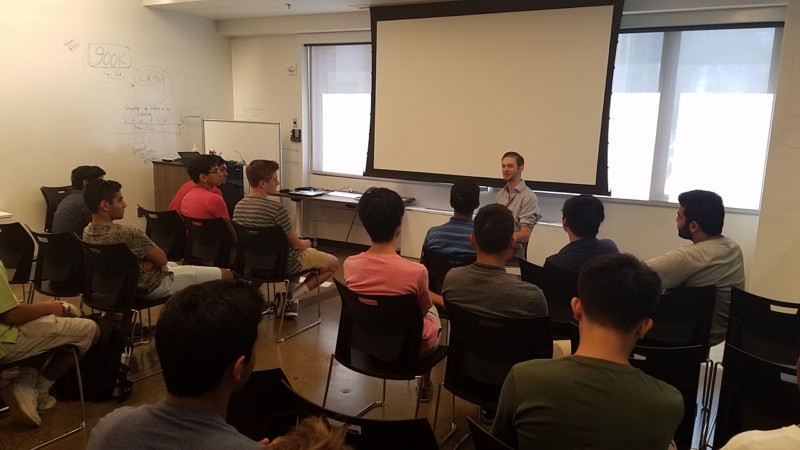 At the Martin Trust Center, entrepreneur-in-residence Nick Meyer gave a talk on the balancing MIT life with starting a company. Having started and exited six companies himself, Nick is no stranger to startups. His first company was started in high school and was an online game called Kings of Chaos that attracted over 10 million page views a day and hundreds of thousands of daily players. He even told us about how he used to sit in the back of the lecture hall at one of his MIT classes and could see at least three people playing his game. He told the incoming class about the entrepreneurship resources available to students today and how they are exponentially so much more than were available even just ten years earlier when he was at MIT.

On Thursday we went to the Cambridge Innovation Center and Venture Cafe, two more co-working spaces. We took a tour around CIC and then listened Rony Sellam, CEO of InsideTracker. InsideTracker pulls the results from your recent blood tests and analyzes your specific key biochemical and physiological markers. After a while it gains an understanding of how your body actually responds to different foods. For example, some people absorb certain nutrients better than others and some function optimally with lower levels. InsideTracker creates a personalized plan to help you optimize your health based on your own body instead of the “one diet fits all” model. 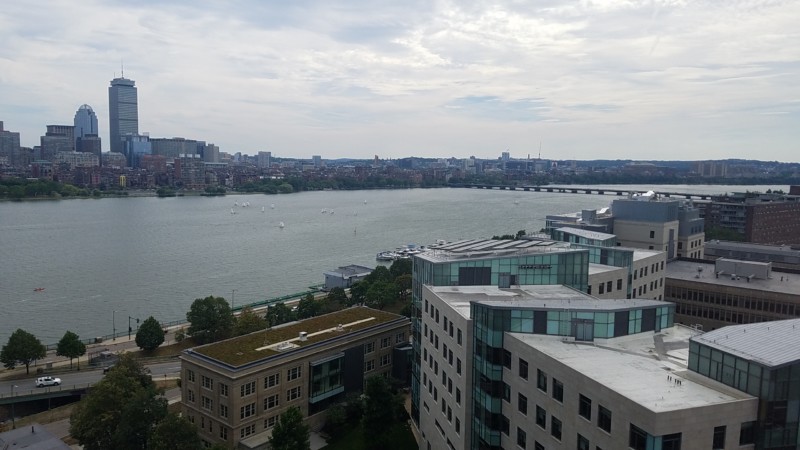 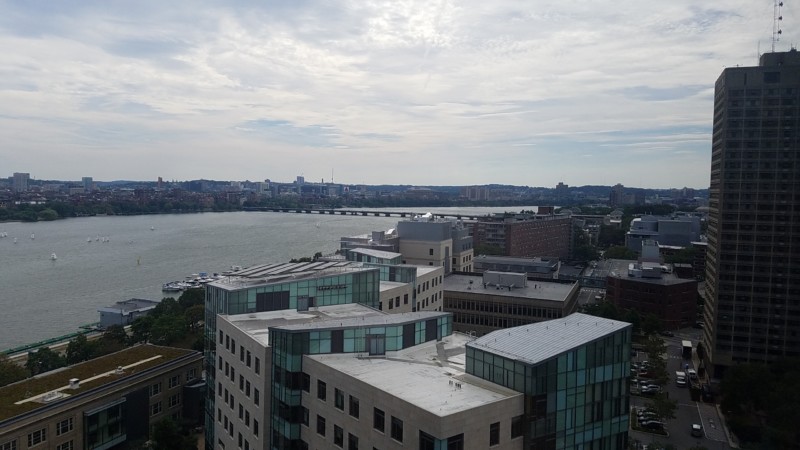 The view was also really nice. 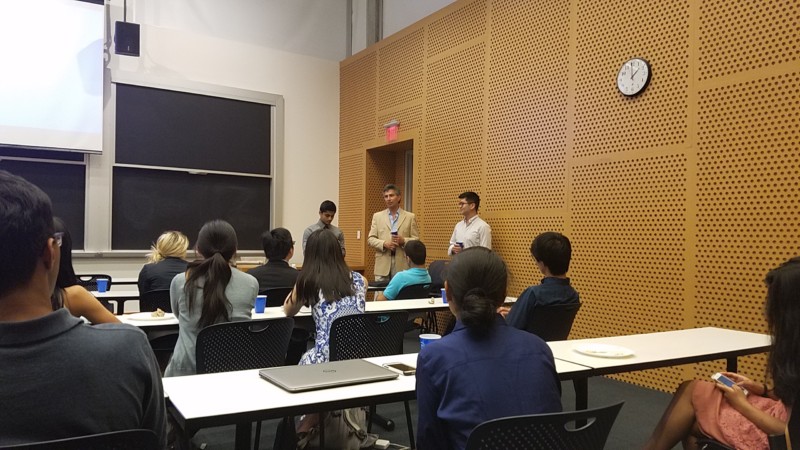 On the last day (today) were the final presentations, as the freshmen were hard at work over the course of the week building out business plans for new technologies. Our two judges were Rafael Lazo and Brian Truong. Rafael got his masters at MIT in engineering management and is now the founder of Worcester Fluids Technology in central Massachusetts. His company studies different fluids technology (like oil lubrication, water cooling, hydraulics) and conducts research to design more efficient processes for those systems. Brian is a Harvard 2015 grad and founded HelloToken, a service that replaces website ads with surveys, letting you “pay with data” as an alternative to the popular ad service and subscription models of monetization. Just this year he also won a Thiel Fellowship. 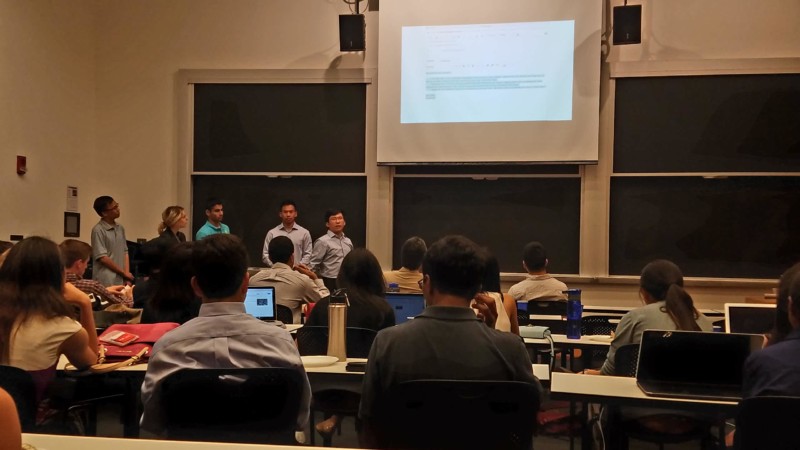 The final projects were a page-to-braille scanner, a solar-powered phone charger built into backpack, an app reduces the headache it takes to find parking, a fitness app that creates personalized workouts, and a service that could intelligently improve emails not only in grammar and spelling but in content.

So many mouthfuls of accomplishments amongst all of the amazing DEAL students and guests. I learned so much from everyone myself, I can’t imagine what it must have been like for the freshmen. Thanks to the staff for putting this together and the students for being great. Excited for next year’s. 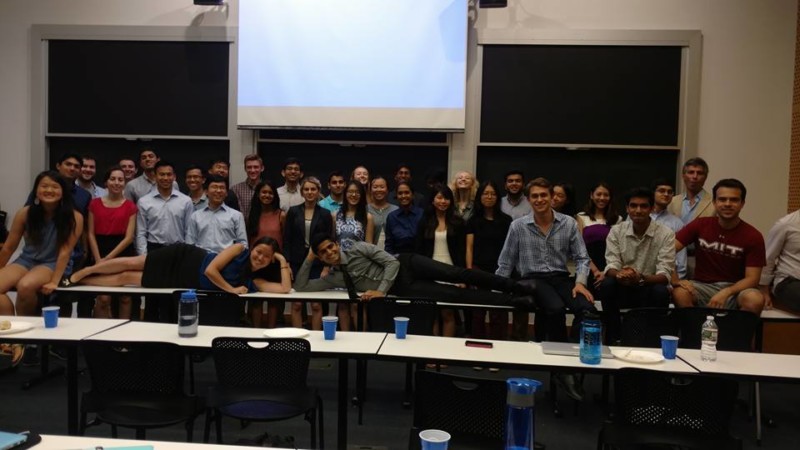