I love cities, and I’ve lived in cities all my life. I grew up in Manila, lived three years in Boston, and am now spending the summer in San Francisco.

Well, I lived in Manila, as much as I’ve lived in Boston and San Francisco: not at all. My hometown is Valenzuela, an hour long commute from Manila; MIT is in Cambridge, a forty minute walk to downtown Boston; and right now I’m in Mountain View, an hour long drive from SF. 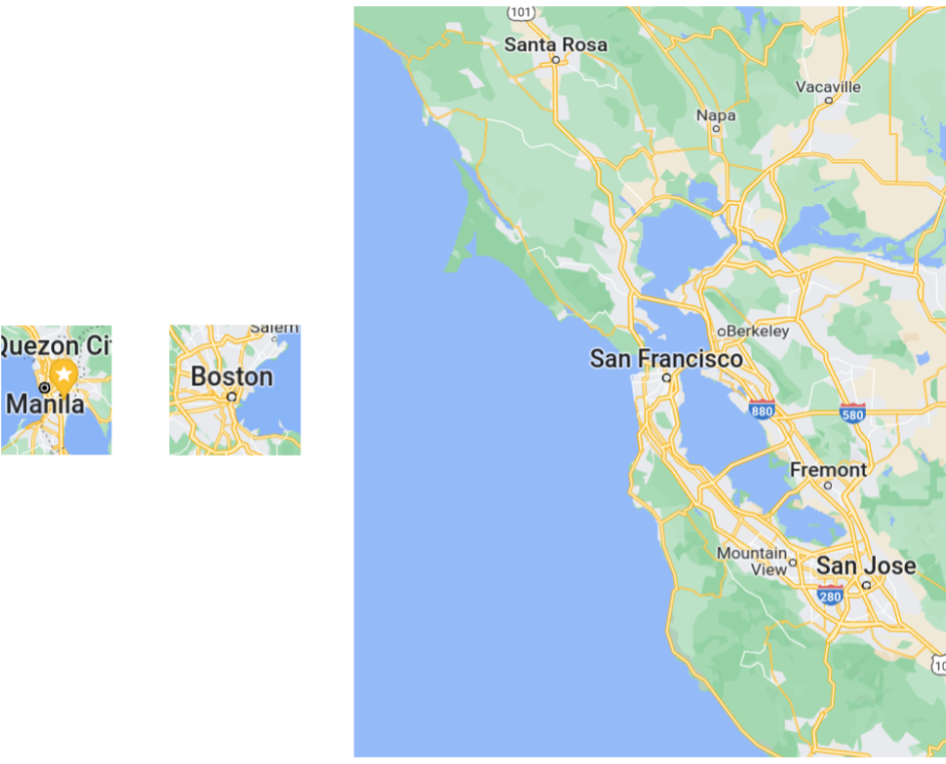 The Bay Area is huge, which makes certain things hard, like commuting. Metro Manila’s public transportation isn’t great, but it’s serviceable. Among the trains, jeeps, buses, and tricycles, it was always possible to get from point A to point B in an hour on average. The delay’s not due to waiting or a lack of options, but due to traffic, so owning a car doesn’t make it any faster. In Boston, anywhere I’d ever wanted to go, I’d gotten to in at worst an hour; most of the time, less than twenty minutes. The MBTA is that good.

But the Bay? Oh, public transportation exists. The Caltrain exists, so does BART, and a dozen other privately-owned transit companies service the rest. Yet the timing’s always inconvenient. The headway’s on the scale of half-hours or hours. If your destination isn’t in downtown someplace, you’d probably have to walk for half an hour. I have a friend who’s also living in Mountain View for the summer, and his place is a thirty-minute walk away. And the fastest way to commute there is a thirty-minute walk.

It feels impossible to reliably commute without either living and working near transit stations and planning meticulous schedules, or having a car. I don’t know how to drive, I hate riding in cars, and I hate ride apps, but time and again it seems like the most reasonable option to get places.

The size of the Bay Area also means that things are far from each other. For example, a friend was recommending me square dance clubs that were “nearby”, and I said that none of them seemed nearby.

“Who said it wasn’t near? I guess it depends on what you mean by near,” they said.

“Well, my standard for near is Boston near,” I replied.

“Oh,” they said. “Then nothing in the Bay Area is near anything else.”

Consider another example. Earlier this spring, I was looking for housing in the Bay for my internship this summer. I rang up some friends and said I’d be living in the Bay, but in my infinite naivete I insisted I’d be living in San Francisco. It took a while before I realized that SF was not at all near Menlo Park, where my office would be. If it was Boston, I could’ve said “Boston” and it would’ve been fine.

Finally, consider the distance between Harvard and MIT. It’s a thirty-minute walk, or a fifteen-minute bus ride. Or MIT and Boston University, or MIT and Northeastern, or MIT and Boston College; these were all at most half-hour commutes. But Stanford, Berkeley, Cal State, SJSU? They’re all at least an hour away from each other. 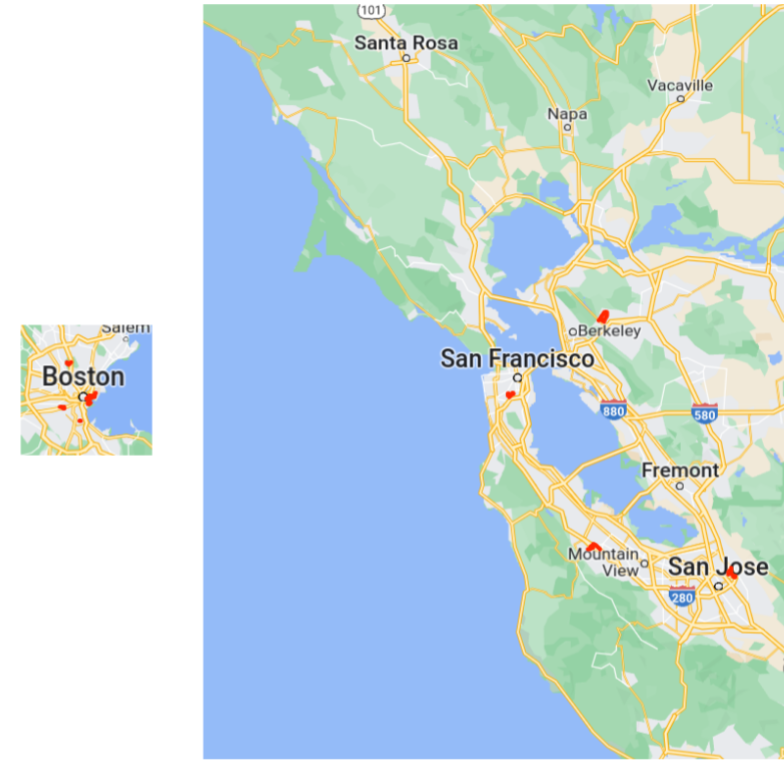 the mentioned universities are highlighted in red

Another thing that’s startled me is how expensive everything is. Case in point: rent. It was challenging to find a place to stay at that wasn’t in the middle of nowhere, or way overbudget. My roommates and I settled for an Airbnb in the middle of a suburb; I’d have wanted to stay closer to the office, or at least closer to a Caltrain station, but there weren’t any good options.

Rent is expensive, sure, but so is everything else. The place feels richer in subtle ways. The Caltrain costs $3.20 one-way, compared to the T, which costs $2.40. A cheese quesadilla costs $6.00 at Taco Bell, of all places. This sliver of a cheesecake, no wider than two fingers, cost $4.50! 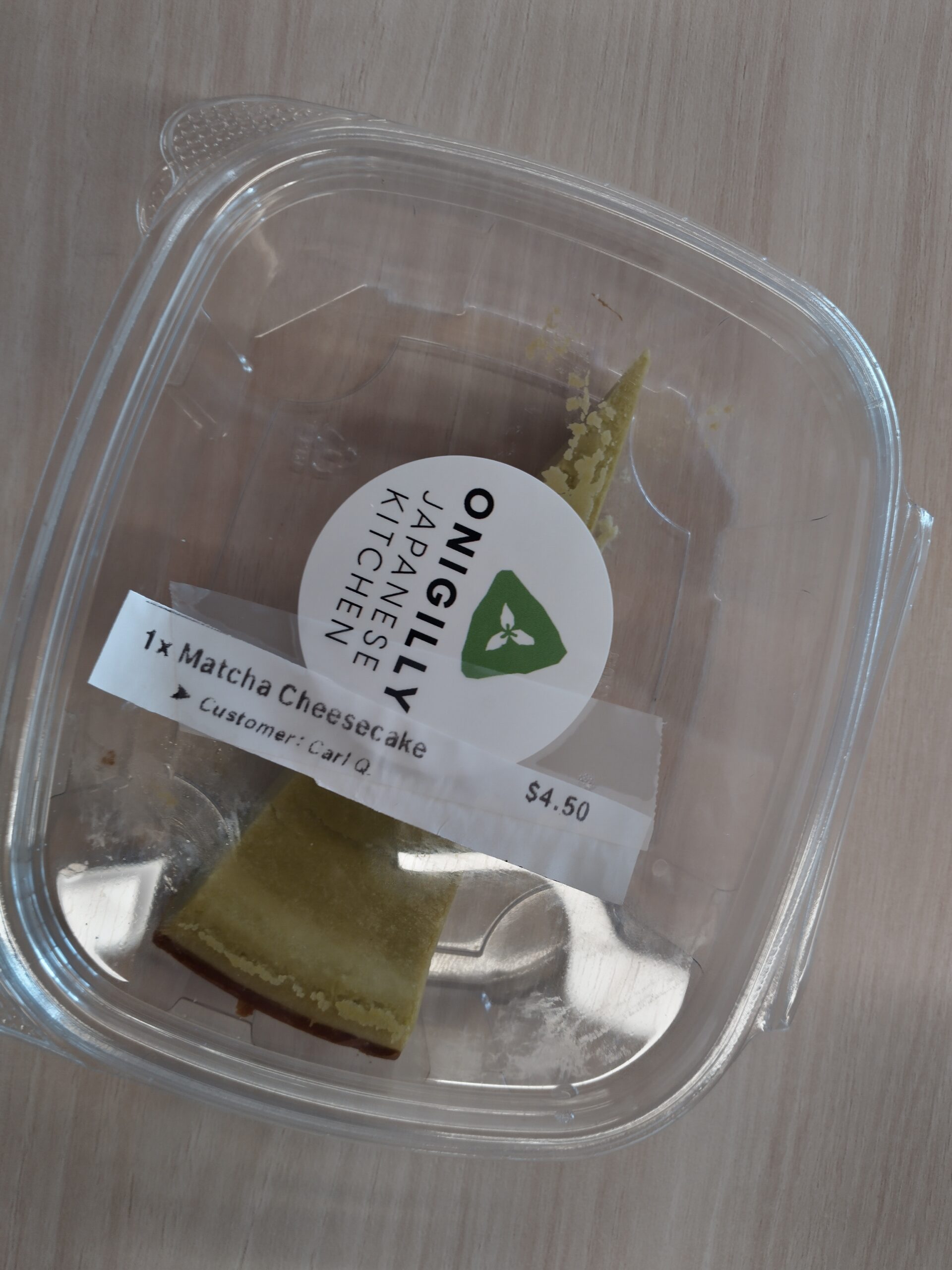 it was good cheesecake though

It’s not all worse, though. The weather here is immaculate. Look at this week’s forecast, compared to Cambridge or Manila. I’ve worn nothing but shirts all week, and that doesn’t seem like it’ll change any time soon.

I also some work outside. On my laptop. And it’s not miserable and cold. Sometimes, in the middle of work, I go out and take a walk to think about a tricky part of the codebase, and it helps clear my mind. Also, last Thursday, the interns for our company had a picnic. A picnic! On actual grass! In a Menlo Park park! Can you believe that? Hell, I still can’t.

The place is beautiful, at times. If you ignore the empty highways, there’s flowers and trees and leaves on the ground. Sunsets linger past dinnertime, and I can tolerate being outside for long enough to watch them. 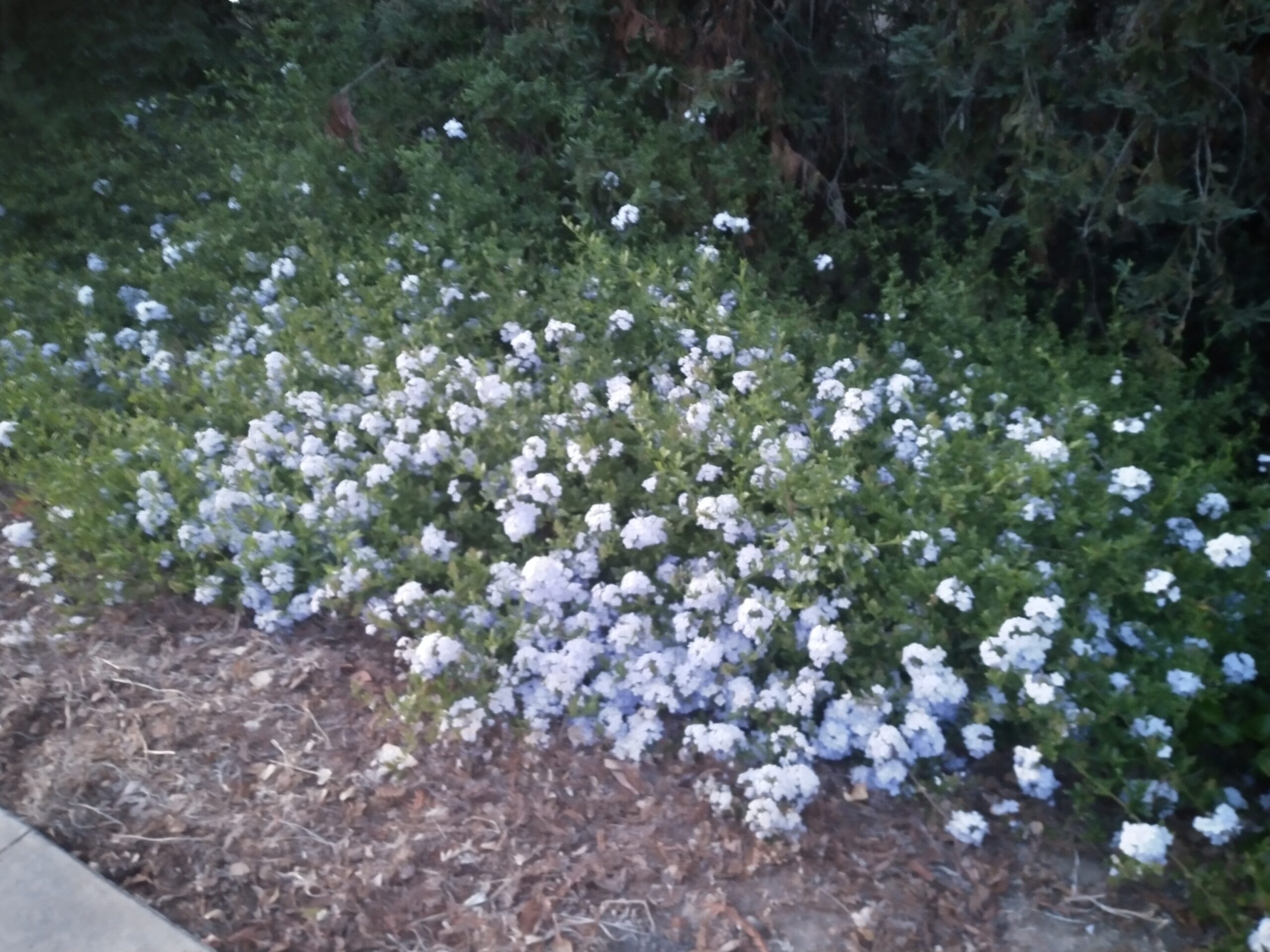 i saw these while taking a walk the other day

Some things are neither better, nor worse, but different, like living in a suburb. Well, it’s worse in some ways; I miss the activity of a city, of having everywhere I’d ever want to go be a few minutes away. But it’s quiet out here, and the nights get dark. It feels like a break, which is nice in some ways. If I had to pick between living in a city or living in a suburb for the rest of my life, I’d probably pick a city, but for now, a suburb is nice.

Part of why I wanted to do this internship was to experience the world outside MIT. And it’s different, yes! But if I step back and blur my eyes a bit, it almost feels like it’s the same people with different names. Does that mean the world, at large, is more like MIT than I thought it’d be? Or does that mean the MIT bubble is larger than MIT?

It’s probably both, but in ways I’ll only learn about as I go.