until a few weeks ago, i’d never had a college spring break (spreak, as some may say). in my freshman year, i was kicked off campus a few weeks before spreak due to the pandemic, and i’ve had no opportunities for week-long vacations with my friends ever since. but, from March 18 to March 27th, i got to experience spreak in all its glory! it was absolutely incredible.

this year, there were a few locations in consideration for my group of friends:⁠01 all junior, sophomore, and freshmen bombers (members of burton third) Miami, Puerto Rico, Spain/Portugal, and San Diego. my passport had expired, so Europe was off the table for me, and others agreed that COVID restrictions were too capricious for us commit to going there. I wanted to go to the music festival Ultra, but I didn’t like EDM enough to warrant going for several days. also, Miami didn’t seem super appealing since it’s *the* spring break location and would be crowded with way too many rowdy college students.

Puerto Rico seemed like our best bet; it’s a great location, not super far, and flights weren’t very expensive. as a plus, hundreds of other MIT students were planning on going there. however, a lot of people in my group started talking about San Diego as an option since we would be staying in someone’s house there for free. enough people defected to San Diego that I joined them—I decided that going to California with a ton of people would be better than going to a better location with just a few people. we bought tickets a month before spring break started, and that was that in terms of planning.

spring break officially began on the 18th, but it emotionally started for me on Wednesday the 16th, which was the night of a Tame Impala concert in TD Garden. a lot of MIT people went, and it was one of the best concert experiences of my life, second only to the Tame Impala set i saw during a music festival last fall. Tame Impala is one of my favorite artists, so being able to jump up and down screaming his songs at the top of my lungs alongside some of my closest friends was amazing. 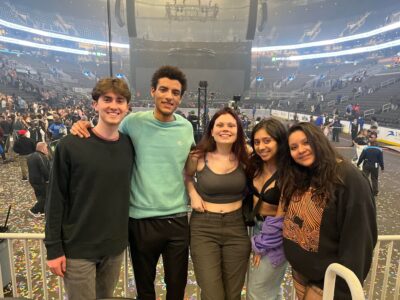 with the homies @ TD garden

the next day, I went to a Burton 1/Burton 3rd/Burton 4/Zeta Psi⁠02 burton conner communities, as you might imagine. burton 3rd is where i lived before the dorm was closed down, and it continues to be my primary living group despite not...living with everyone in it mixer at Zeta Psi. it was a super fun night—it was great seeing all the ’22s who used to live in Burton Conner, along with the new members of their communities who will be moving in with me in fall. I stayed at ZP until 4 am, which was an interesting decision considering that I had a flight the next morning.

on Friday, I woke up and immediately ubered to the airport with two people in my group who also live in East Campus. we traveled from 11 am to 8 pm, which sucked, but hitting the beach right after we arrived was fantastic. 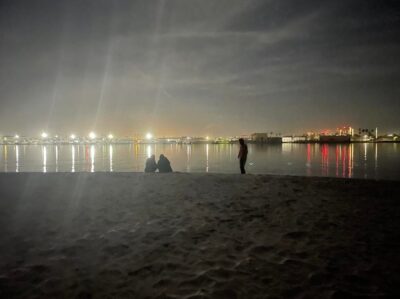 a beach in coronado

we were staying at a house on Coronado Island, so we had to either ferry or Uber across the (very beautiful) bridge to get to the mainland. obviously, we weren’t about to ferry to the club, which meant we spent a shit ton of money on Ubers. oops! the bridge view made it super worth it, though.

there were 13 people in our group, and with three bedrooms, two air mattresses, and many couches, we made the sleeping arrangements work. hanging out with so many of my close friends in close quarters reminded me of the floor trip we take to Maine each November, except that California is far prettier and warmer… 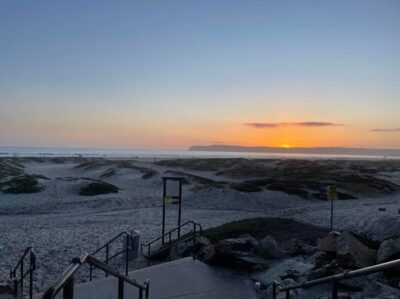 we mostly spent our time going to the beach, visiting nice cafes and restaurants for brunch or dinner, and exploring Coronado and the city. we ambled through Little Italy and Gaslamp, checked out the nightlife in Hillcrest (on multiple occasions), and took day trips to places like La Jolla and Ocean Beach. La Jolla was super dope, especially the tide pools and the ocean-view hiking trails. it’s such an idyllic place!! 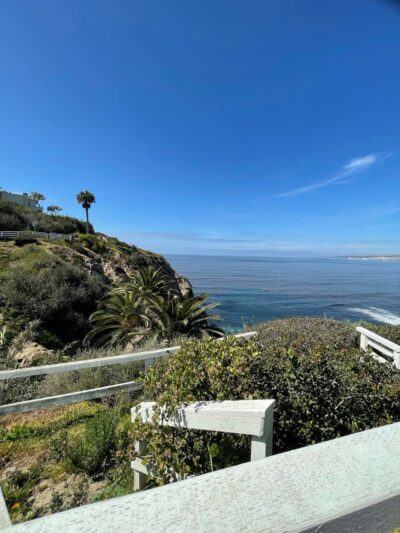 another day, we visited Balboa Park, which is one of the most interesting places I’ve been in recent memory. the architecture is beautiful and the museums are so cool!! it also has a Japanese friendship garden that’s absolutely stunning. 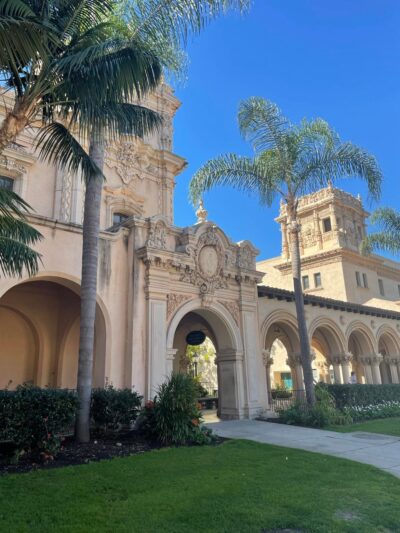 we also went to Belmont Park, a cute little amusement park. it was strange to finally be able to visit an amusement park with my friends when Six Flags isn’t too far from us. given, the Class of 2023 is going to Six Flags later this month, but it took a class council coordinating an entire trip for us to make it happen.

the last couple of days, we hung out on a friend of a friend’s yacht and went sailing. I almost lost my bucket hat in the ocean, but thanks to my friend’s incredible sailing skills, we were able to rescue it. I haven’t taken sailing as a PE class while at MIT because I never took the boat test,⁠03 you have to tread water for 10 minutes after swimming 4 laps and i was simply too lazy but this experience made me want to learn how to sail… 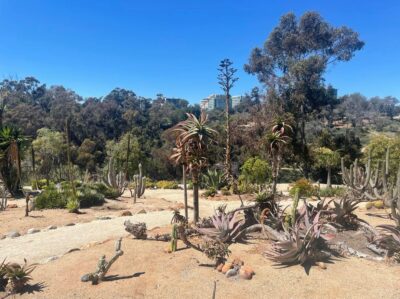 as you might expect, the week went by in a flash, and we were flying back to Boston to be greeted by 19 degree weather! it was humiliating to be subjected to rainy, cloudy Cambridge after a blissful week in Cali. ah, well.

all in all, my break was phenomenal. now that the semester is getting intense, I can’t help looking back and wishing I was still in San Diego. I may have lost two spring break opportunities, but I have one more of them, and I fully intend to make the most of it :’)