No, he can't predict the outcome of your admissions decision. Probably.

I am what one might call a “professional blogger”, or what a liberal arts graduate might call an artiste, or what reality might call “an unemployed college freshman.”  And the best part of being a prufesssional riter – besides the multi-dozen dollar salary, and the luxurious corner office dorm room, and the stubborn ExpressionEngine blogging platform with which I am currently wrestling – is the freedom to work in my underpants.

But despite the fact that I am totally in denial about blogging not being a real job, some people are professional bloggers.  And famed statistician Nate Silver is one of them.

Nate Silver needs no introduction, unless of course you’ve never heard of him before, in which case I’ll attempt to do him justice in a few lines.  He is:

But it’s not just that FiveThirtyEight was so accurate; after all, other models during the election also did very well, within 2-3 points of Silver’s.  It’s that throughout his whole career, from baseball to Washington, he has stood strong in the face of not just criticism but also increasingly ridiculous homophobic attacks (he is gay).  It’s that one unassuming man and his mathematical model predicting a 90.1% chance of an Obama victory beat the entire established political news media that clung to its storyline of the race being a “tossup.”  And by beating them in such an emphatic way, it wasn’t just a triumph for Nate Silver; it was a public victory for scientific rationalism in a world that could use a lot more of it.

Oh, and he might be a witch [source: IsNateSilverAWitch.com]

All of this is a very long-winded way to say that Nate Silver is as close to a rock star as you can get in the world of statistics and politics, and he visited MIT today, and it was awesome.  It was also packed.  There were so many people that not only was the auditorium filled, but the overflow room where people watched the livestream of the event was also standing room only.

Someone noted that more people showed up for this political statistician than for a movie star a few months ago.  Which, as my friend Isaac quipped, is totally MIT.

Luckily, I was able to snag a seat near the front, right behind the “real” press.

Some of my favorite lines of the night:

Also, I noticed that Nate likes to wave his arms a lot.  Either that, or he was casting a witch spell on the audience: 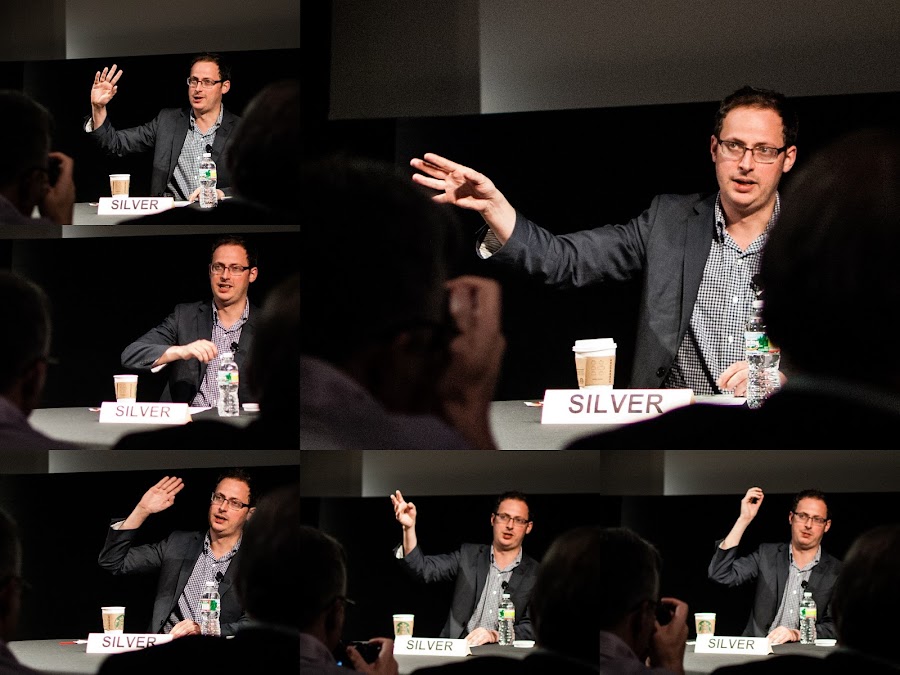 So, the main takeaways from the event: 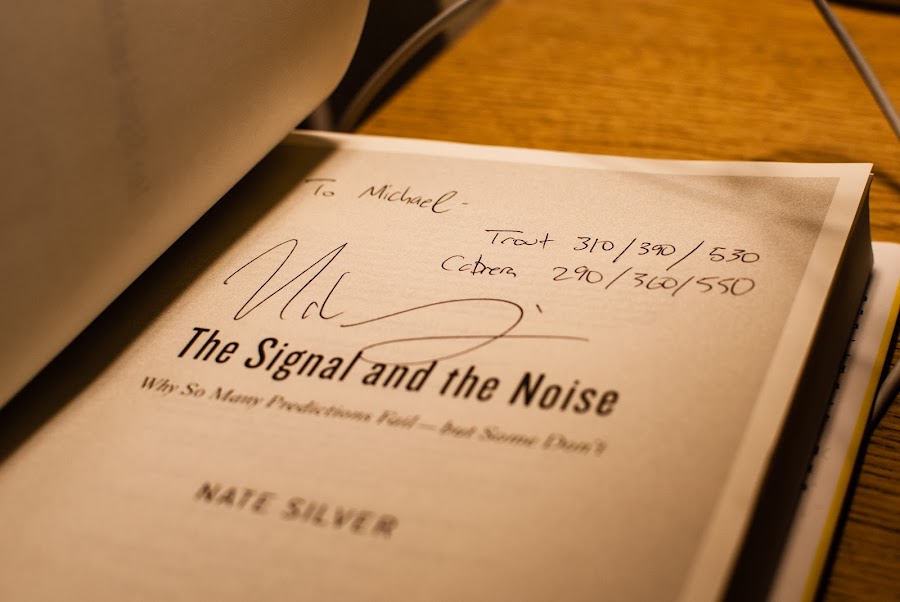 To all the applicants awaiting decisions: May the odds be ever in your favor, if Nate Silver says they are.