i recently listened to the soundtrack of next to normal, this 2008 musical about a mother who struggles with bipolar disorder. one of the more interesting songs, at least to me, is who’s crazy/my psychopharmacologist and i.

so i speak for myself, and i only do want to speak for myself, when i say that my experience has been positive. i guess i lucked out, in a sense, when i have a somewhat good experience talking to my counselor. i first mentioned this in a blog post a couple months back, but yeah, i’ve been talking to the same guy, and it’s been going okay i guess.

i get that it’s meant to be humorous, but this verse does strike me. counseling is weird, in some sense, in that it’s a professional relationship, yet we talk about things that aren’t what i usually associate with professional. it’s different from opening up your problems to a friend, say. sometimes that difference is comforting, but sometimes it does weird me out.

these past few weeks a lot of our check-ins have been shorter, by nature. there’s less talk about my “deepest secrets”, and it’s been more object-level. more how are you doing this past week? how is your next week going to be? are you being productive, are you on top of your classes? do you still feel anxious about things? how often have you been thinking about suicide? are the thoughts any more intense? do you feel like you’re getting closer to act upon those thoughts?

and it feels like i’m saying the same things. i’m doing okay. a bit worse than last week. a bit better than last week. i’m on top of my classwork, but i feel like i’m not learning anything. i’ve been thinking about suicide about the same a little more a little less often. no, i don’t notice any pattern in when the thoughts come. when i wake up, before i go to sleep, in between tasks, while doing homework, when i’m about to open a conversation with someone, after i go to the bathroom, when i’m lining up to get food from the dining hall,

no, i don’t feel like i’m getting any closer to act upon these thoughts. it’s not that living in the same room all day is anything new to me, because during my gap year, many of my days have also been like this. waking up, getting food, sitting in front of my laptop for the whole day, getting food, going to sleep. it’s just that i haven’t interacted with as much people face to face. as childish as it sounds, i haven’t gotten a hug in so long now, and it’s getting to me.

[DIANA, spoken]
I’m nauseous and I’m constipated, completely lost my appetite and gained six pounds, which, you know, is just not fair.

i started taking bupropion, a common brand of which is wellbutrin, late last january. which means i’ve been taking it for a little more than three months now.

i got lucky, again. the thing about antidepressants is that i’d read about these stories online, with people going through two or three or four of them before finally settling on one that’s okay. for me, bupropion is turning out to be okay.

my psychiatrist and i have been adjusting the dose ever upward these past three months. at first, i was getting randomly tired in the early afternoon, so i got prescribed a sustained release version of bupropion, whatever that means. and then i didn’t really notice any other side effects, while the suicidal thoughts were still there, so we adjusted upward.

i’m only recently beginning to notice that i’ve had less appetite than usual. i want to blame the baker food, but i feel like that’s just not it; i noticed this happening two weeks ago, when i was already eating from baker dining. and of course, as in the song, it’s accompanied by weight gain. “which, you know, is just not fair.”

here’s another thing i want to talk about. one of the thoughts that came to me, around the time i started taking it, was what if i get better?

it’s interesting. i feel like having these random bouts of suicidal thoughts, and having these bursts of feeling anxious or depressed for weeks at a time, i feel like it’s become a part of me. and although i’m trying not to define myself by my negative emotions, there’s just something weird about the thought of a cj who wasn’t plagued by these problems.

what if i don’t want to feel better? what if i like feeling bad so i can keep getting all of this attention? these thoughts have always felt like they kept me grounded, in a sense, so what if i overshoot, what if i adjust too much in the wrong direction?

these past few weeks have felt so weird. it feels as if i’m interacting with the world through thick glass. i feel like i’ve just stopped caring about my classes, that i don’t find as much joy in the things i used to find joy in, that talking to my friends just doesn’t feel the same any more, that this quarantine is finally, finally wearing down on me—

is the point to make me feel normal? what does normal even mean, if for so long, my normal has been having these suicidal thoughts, of feeling this depression?

the weather’s beginning to be nice enough to take longer walks, so the other day i went on a walk to harvard. the streets felt so, so empty. so many signs taped to the windows of each business, so many different ways to say the same thing. we’re open for take out. please stay six feet apart when lining up to enter the shop. we’re closed, we don’t know when we’ll be open. 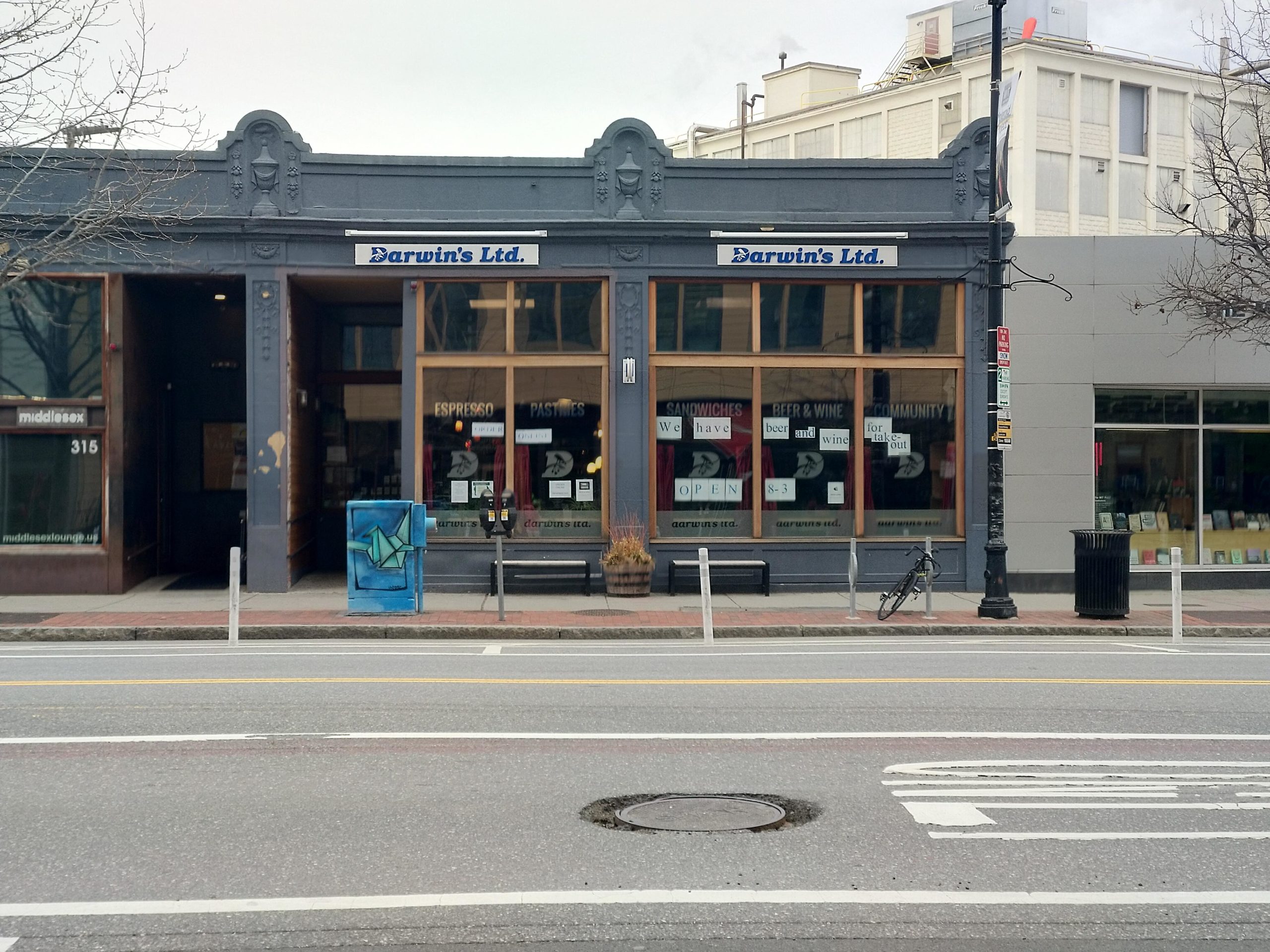 i met with a friend in harvard who was also quarantined in cambridge. we ate dinner together, and talked for two hours, about the quarantine, how our classes are going, how things have changed with online education, about summer. when i left, i said goodbye, and he said that he hoped to see me in the fall. that hopefully, the fall would be normal.

god, what i’d give for everything to go back to normal.