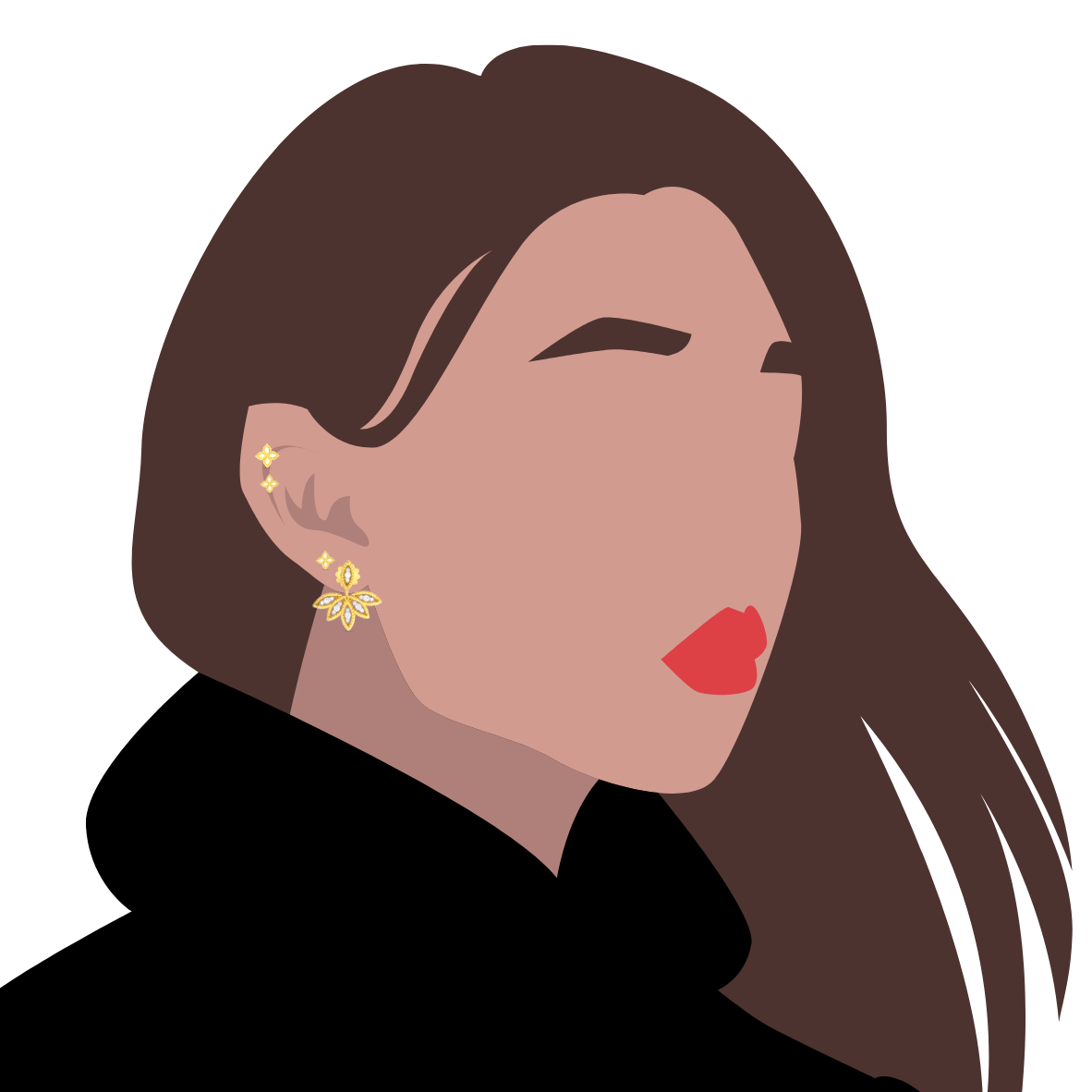 i’ve got four piercings on my right ear, and two on my left

This past fall, just days after arriving on campus, a bunch of freshman girls in my dorm went and got piercings together. Their excitement and joy reminded me of my own experience getting piercings my freshman year.

To me, piercings are a rite of passage. Aside from being super cute, my piercings are a symbol of my individuality. They’re a celebration the independence I gained from going to college and getting my first paid (on-campus) job. They’re also the beginning of when I began applying “ask for forgiveness, not permission” to more of my interactions with my parents.

I’ve been to three piercing studios around MIT. Here are my experiences from each of them:

Chameleon is a body art studio located in Harvard Square. I went to Chameleon back in January 2019, bundled up in a coat, scarf, and winter hat. My friend Priscilla L. ’20 went with me. We were planning to walk there, but it was incredibly cold (the weather archives tell me the average daily temperature was 6.5 degrees Fahrenheit), so we ended up taking an Uber.

Before coming to MIT, I already had standard lobe piercings. For a while, I had wanted to get more piercings, but faced disapproval from my parents. I bided my time, knowing that I could get as many piercings as I wanted once I went to college. All I would need is ID showing that I’m over 18 and some money to pay for the procedure and jewelry.

Once at MIT, I did some research about where to get pierced, what types of piercings I wanted, and how much it would cost. At most places, it seemed like the piercings I wanted would cost me about $150 dollars. I spent the fall working my first paid on-campus job, which let me save up some money. By January, it was go time!

Priscilla and I went to Chameleon on a special day when walk-ins were allowed (normally you’d need to make an appointment). We showed our IDs, filled out some paperwork, and waited for around 20 minutes. We were assigned a super chill piercer named Owen. He allowed Priscilla and I to be in the piercing room together, which was really comforting.

I got a second lobe piercing (on both ears) and a helix piercing (on my right ear). Priscilla got an industrial piercing, which I thought looked incredibly cool. Owen and the other employees at Chameleon were impressively kind and educational. Chameleon is my favorite of the three body art shops I’ve visited, by far.

After getting the piercings, Priscilla and I bundled up again to go back into the January cold. I wore my hat lopsided, keeping my right ear away from the fabric to avoid the new jewelry from catching and getting stuck. I was too excited about finally getting more piercings to care about how silly I looked.

I was only successful at keeping my piercings a secret for about two weeks. My mom saw them when I FaceTimed her and forgot to cover my ears. She’s come around now, but at the time she was pretty mad. I was extra pleased; the parental disapproval honestly kind of added to the whole experience.

Stingray is located in Allston, down and across the river from MIT.

I went to Stingray with Priscilla in June 2019. To get there, we took the Green Line from our summer housing at tEp in Back Bay.

When I arrived, I intended to just ask for a simple “jewelry replacement” for the helix piercing I got at Chameleon. Ordinarily, this would mean that the piercers would swap out the original piece in the piercing for something else, which can be hard to do by yourself for piercings not on the earlobe. However, the piercers inspected my ear and recommended I give the piercing a few more weeks to heal before doing a jewelry replacement.

I then spontaneously decided to get a second helix piercing, just below the first one. Priscilla got three lobe piercings on the same ear she got her industrial. It looks so good.

I did not have a positive experience at Stingray. Unlike at Chameleon, Priscilla and I had to go into the piercing room separately (this wasn’t that bad, but made it less fun). The actual piercing hurt tremendously and it bled for about an hour after the procedure (these are not necessarily Stingray’s fault). To make things worse, the piercing stayed inflamed for about two weeks. I went to Chameleon for them to take a look at it and they informed me that Stingray had used a larger-than-standard sized piece of jewelry in my ear. This was easily resolved by swapping to a smaller piece, but I still felt blindsided. Someone later told me it is a sort of rite of passage in Boston to get a piercing messed up at Stingray (oof!).

Lucky’s has several locations in Massachusetts, one of which is in Central Square, just a quick walk from MIT.

I went to Lucky’s twice last August, once to look at their selection of jewelry and again to get a jewelry replacement for my helix piercing.

The people at Lucky’s were super nice and helpful. I had a lot of different questions about the jewelry they had, which they patiently and clearly explained. Moreover, they always allow for walk-ins, which was great since I could just walk over from the Media Lab (where I was UROPing) during my lunch break.

Lucky’s also had a much larger variety of jewelry than any of the other spots I visited. At Chameleon, to get the same earring I got at Lucky’s, I would need to place an order and wait a few weeks for it to arrive. At Lucky’s, the longest part of the wait was standing in line to pay. I found the exact piece I was hoping for!