and how MIT was involved 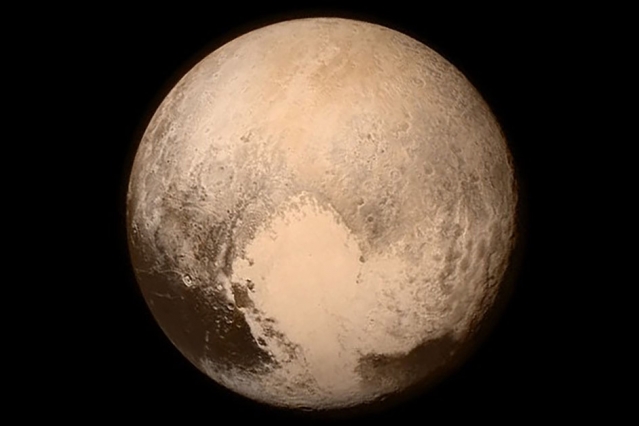 On Jan 19, 2006, the New Horizons team at NASA launched a space probe to the Kuiper Belt. Nine and half years and 3 billion miles later, it has reached its destination and made its closest approach to Pluto. It sent back a preliminary photo of Pluto, much crisper than the 1996 Hubble photo. Right now the probe is facing towards Pluto to collect data. Once it’s finished, it will turn back to the Earth and begin transmit it.

“Just the inspiration of that human spirit of exploration the insatiable curiosity we have as a species I hope that gets into the minds and hearts of every kid around the world,”  said Binzel, according to an article in CBS Boston. 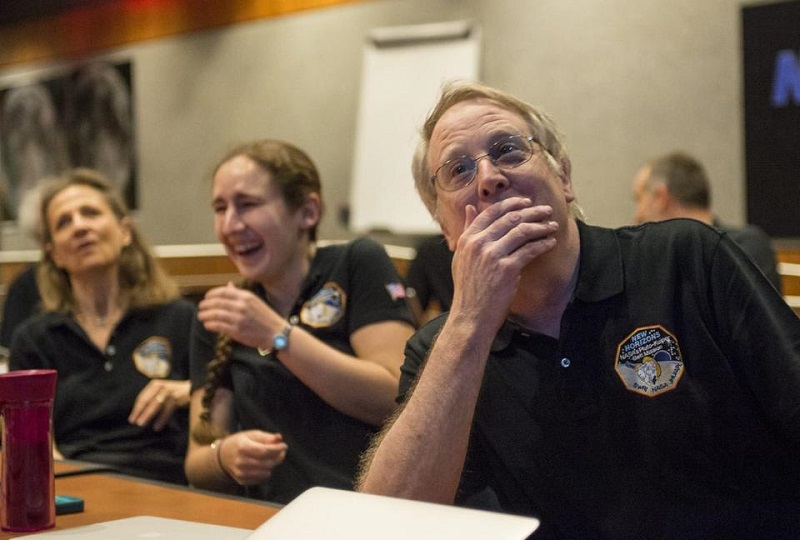 But Richard Binzel isn’t the only MIT affiliate working with New Horizons. In fact, MIT has had a long history with Pluto:

Professor Jim Elliot – MIT EAPS (Earth, Atmospheric, and Planetary Sciences) professor. Pioneer of the stellar occultation technique that led to the discovery of Uranus’ rings, as well as Pluto’s atmosphere by his steam including Leslie Young.

Professor Richard Binzel – MIT EAPS professor. Co-investigator on the New Horizons Team and expert on near-Earth asteroids. Among other things, Binzel invented the Torino Scale, a method for categorizing the danger levels of near-Earth objects like asteroids. He was also on the committee that developed the proposal on whether Pluto should be considered as a planet.

Michael Person ’94, SM’01, PhD ’06 – Research scientist aboard SOFIA (Stratospheric Observatory For Infrared Astronomy), a high-altitude NASA plane that went over New Zealand on June 29 to catch the stellar occultation of of Pluto passing directly between Earth and a distant star. The way Pluto blocked the starlight gave hints as to its atmospheric composition.

Amanda Bosh ’86, PhD ’94 – MIT Lecturer, part of a team in Arizona that triangulated the planetary and stellar positions at the same time as Person.

Eliot Young ScD ’92 – MIT grad student studying planetary sciences in the late 1980s. Worked with Professor Jim Elliot and Ted Dunham to build instruments for airborne missions, including ones to study Pluto. Then worked to map out the dark and light areas of Pluto by measuring how Pluto’s face dimmed as sections of it eclipsed with Charon – a property called albedo – between 1985 and 1995 when Pluto and Charon where regularly eclipsing each other.

Leslie Young PhD ’94 – Deputy project scientist on the New Horizons mission. She’s been studying Pluto since the 80’s, helping to discover Pluto’s atmosphere as an undergrad at Harvard. Her MIT team, led by Jim Elliot, used stellar occultations to deduce properties about Pluto. In measuring how much the light dims during an eclipse, Leslie’s team more closely estimated Pluto’s size. And in noting whether the light dims suddenly or slowly, Leslie’s team deduced that Pluto did have an atmosphere. Her first job out of college was programming for Jim Elliot at MIT. She then did her doctoral thesis on Pluto with Elliot as her adviser. Now works for the Southwest Research Institute (SwRI).

“When Leslie and Eliot Young were growing up in Newton, Massachusetts, family life revolved around their father, Larry Young, a legendary researcher at the Massachusetts Institute of Technology (MIT) in Cambridge. Young specializes in the biological effects of weightlessness, and he trained to fly on the space shuttle although he never went into orbit.” – Read more about Leslie and Eliot in Planetary science: The Pluto siblings | Nature

Cathy Olkin ’88, PhD ’96 – Another of New Horizon’s deputy project scientists. Was part of Jim Elliot’s MIT group a few years after Leslie. She also worked on observing occultations and has chased Pluto’s shadows across Pacific islands and New Zealand, as they require very time-crucial measurements.

Amanda Zangari PhD ’13 – Postdoctoral Researcher at Southwest Research Institute (SwRI) working with NASA’s New Horizons Mission. She has a blog called Postcards from Pluto where she shares all the different tasks from her job. She studied astrophysics at Wellesley College and then went on to graduate school at MIT, graduating with a PhD in Planetary Science.

Alissa Earle – Current MIT graduate student pursuing her doctorate in planetary sciences, working for New Horizons. She graduated undergrad in ’13 with a physics and math major from Sienna College. She appears in the New Horizons photo above next to Binzel.

But why is all this important though? It’s just a rock, right? Well, no, we can’t even be too sure what it is yet. It’s in the Kuiper belt, in the far reaches of our solar system. And the Kuiper belt could be home to many strange things we have no idea about. Pluto isn’t one of our terrestrial planets like Venus or Earth nor is it a gas giant like Jupiter or Saturn. It, along with the possibly millions of other cosmic bodies whirling around in the Kuiper belt, are another thing entirely. And now we have crystal clear photos to figure it out.

The last time a space probe visited a new world for the first time was when Voyager 2 shot photos of Neptune during its flyby in 1989. And now, in 2015, the initial survey of all the known planets, starting when NASA’s Mariner 4 flew by Mars and captured its first images fifty years ago, has been completed.

We should feel proud we will soon know much more about Pluto that may surprise us. Textbooks will change, but our movies and fiction books might too. When Mars was heavily surveyed, Martian films became popular. The same may go for Pluto.

In the realm of politics, things may be different too. America is now the first and only country to have surveyed all the major known bodies in our solar system. NASA continues to demonstrate American ingenuity and capability.

Sadly it seems exploring a new major territory outside of the solar system is very unlikely with our lifetime, so enjoy this moment. It may be the last of its kind.

What did you think of the flyby?