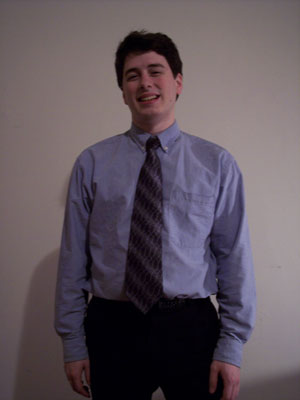 I worked with Amy and a student today in my subcommittee, and we had great group dynamics. For lunch, I ate at the brand new Steam Cafe, a very yummy new dining option! I might also add that the two bearded admissions officers, Ben and Stu, were paired on the same subcommittee today.

In other news, while we were in committee yesterday, the MIT faculty formally approved MIT’s undergraduate major in Biological Engineering:

The Massachusetts Institute of Technology faculty yesterday approved a new course of study for undergraduates, in biological engineering, the first entirely new curriculum established at the Institute in 29 years.

Read the full story at http://web.mit.edu/newsoffice/2005/major.html, or yesterday’s corresponding Boston Globe article here. Also, it was slashdotted, that discussion is here (thanks Phil).