Some really cool things are happening in Boston

I got my first taste of MIT even before orientation, when I showed up to the Freshman Pre-Orientation Program called Discover History and Literature in Boston (thank goodness there’s an acronym for that: DHLB FPOP. Wait, I think I need an acronym for that acronym!). That’s a lot of letters for saying that a group of us pre-frosh got to go tour some really neat historical sites in Boston.

I signed up for this FPOP because I love the American Revolution. I find it so inspiring that the colonists had the gumption and self-reliance to strike out as their own independent country, and, in the process, to create a pretty awesome place for themselves. 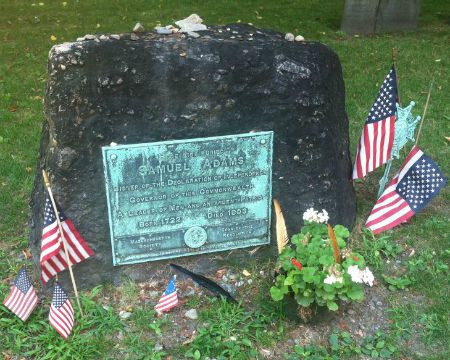 I’m standing on top of Sam Adams!!! I feel like I’m meeting a celebrity!!!

On the FPOP, we got to visit the graves of many Founding Fathers, town halls where revolutionary meetings took place, and the first battleground at Concord (plus a lot of other really cool places). But the fun didn’t stop there.

Right after my FPOP ended, orientation started, which meant the official beginning of the period known as REX. That stands for Residential Exploration, but it should really stand for Rambunctious Exhibition because it pretty much entails every dorm trying to show off its culture in the most exciting, unusual way possible. Imagine all the initiative and cleverness that MIT students usually direct towards psets and solving world problems, applied instead to having the most fun in the most creative way possible. Yeah, it was pretty awesome. 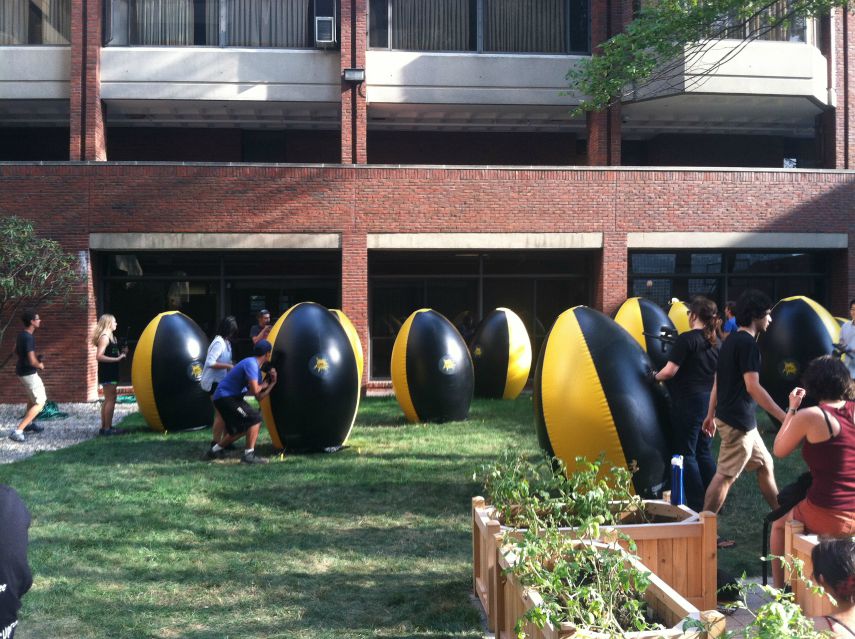 People were constructing amusement parks in their dorms left and right. 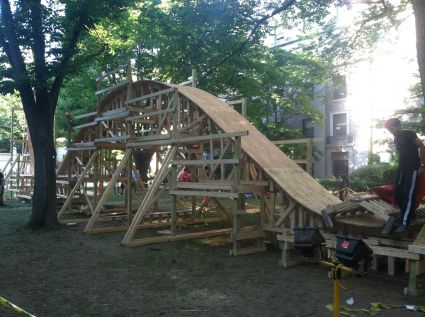 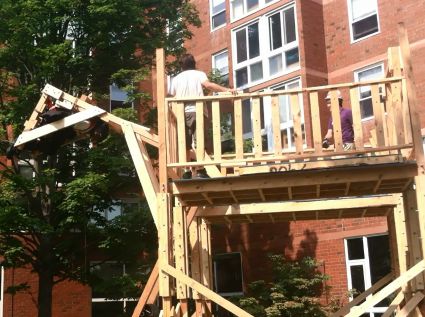 The annual East Campus Roller Coaster and the Big Flipper at Next House.

There was a giant room full of plastic balls in Simmons. (Wait, that’s not actually part of REX, that’s just there all the time. 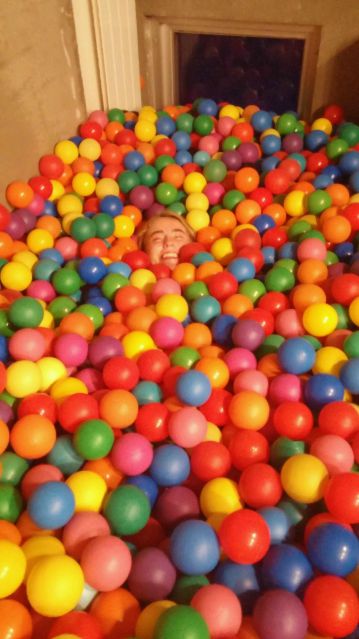 Over the course of REX, I attended a marshmallow war, toilet-paper dodgeball, inverse curling (played with a block of ice and some mops), a silly-string face-off, a truffle-making workshop, a dance where people were actually dancing(!) and, of course, the campus-wide water fight. There was enough free food being offered to meet the caloric intake of every student on campus. Plus, there were a zillion other events that I’m still sad I didn’t get to go to (liguid nitrogen truffles? How did I miss that?!). I challenge you to read through even a page of this REX schedule without scratching your head or grinning.

I think it’s safe to say that orientation at MIT is not something that would, or could, happen at any other university.

For instance, the United States was built on the principle that the citizens are virtuous and responsible enough to govern themselves. A similar implicit confidence is placed in the students at MIT. This school is set up to enable and encourage the natural innovation and intelligence of its members—not to restrict or confine them. For instance, when people asked me during orientation what my major was, I could have answered with any one of our 24+ courses, because as an admitted student I’m allowed to choose whatever path of study I want—no caveats. While choosing my schedule, I learned that freshman year is the only year that there’s a cap on how many classes I can take. Then, I sat for some Advanced Standing Exams after finding out that, as long as you prove you know the material somehow, MIT is willing to give you complete credit for certain intro classes you’ve never taken so that you can proceed with more interesting advanced courses in your major instead (sweet!). People here are essentially given a blank check to take advantage of any of the opportunities offered to the fullest of their capacity. MIT may set the bar high, but it’s never going to solder the bar down so low that you hit your head against the ceiling.

I thought this excerpt from Chris’s post about applying to be an admissions blogger pretty much sums up the attitude at MIT:

“The mission of the blogs is to allow our bloggers to express to the world what being a student at MIT is like. You should interpret this mandate expansively…you should feel reasonably free to write about things you do, think, and experience while you are here…MIT operates by setting a very high standard of admission to the academic enterprise and then offering those who clear the bar substantial creative autonomy to independently pursue whatever they think is interesting and worthwhile.”

That’s because there is an understanding that the students themselves are an invaluable resource, and that the more we are allowed to realize our abilities, the more vibrant and productive a place MIT becomes. Here, undergrads—like the members of the early American colonies—have the initiative, freedom, and motivation to do great things with the power they’ve been given. People at MIT do things that kids at others schools don’t (and aren’t allowed to) do—like paint murals on their dorm room walls or build a carnival ride on their lawn. (Or, come to think of it, represent the school on a public admissions blog almost before they’ve attended a class…) They plan, almost on their own, some of the most defining events of the school year, like REX and CPW. Not to mention the incredible things they end up doing with the education they get from MIT.

As a result, the people here—like the founding colonists—have created a place unlike anywhere else. Here, to a unique extent, students have the freedom and the motivation to make the most of their abilities. The result is a colorful, challenging, innovating environment where college students really are hosting their own perpetual revolution. 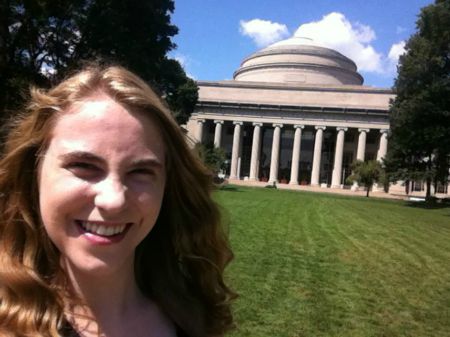