Ringing in the second half of MIT by Anelise N. '19

After two years of waiting, we finally got our class rings! 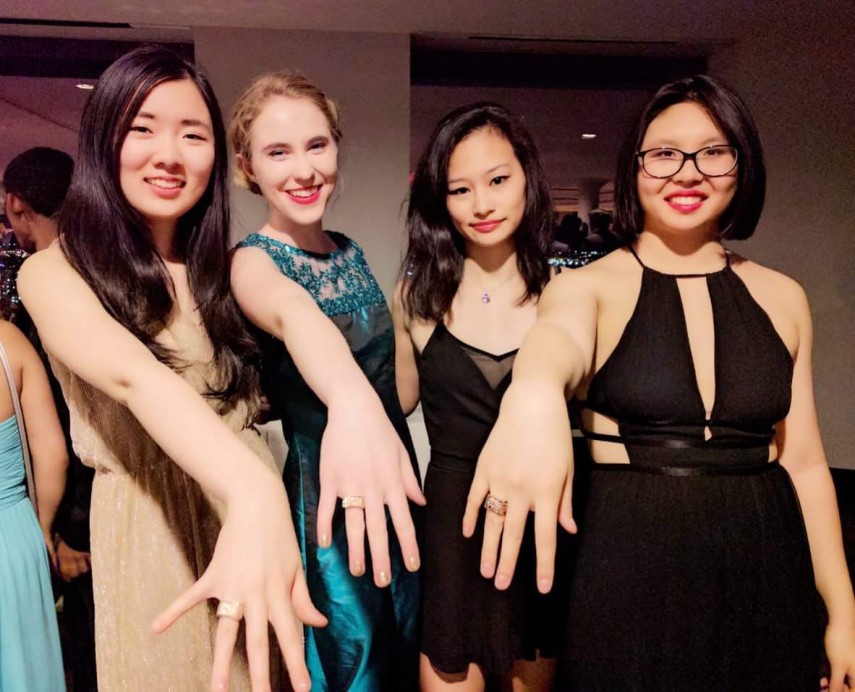 The brass rat isn’t just any class token–it’s one of the most recognizable rings out there. It’s a pop culture icon. It’s a beacon of kinship between alumni. It’s an enduring symbol of class pride and school spirit. And right now for MIT’s sophomores, it’s a reminder that we’re already halfway through our time here…a realization that is at the same time frightening, humbling, and empowering.

This Tuesday, the Class of 2019 got together to celebrate the time we’ve spent together so far, and to toast the next two years of our MIT journey.

This year, ring delivery was held at the State Room on the 33rd floor of a Boston skyscraper. 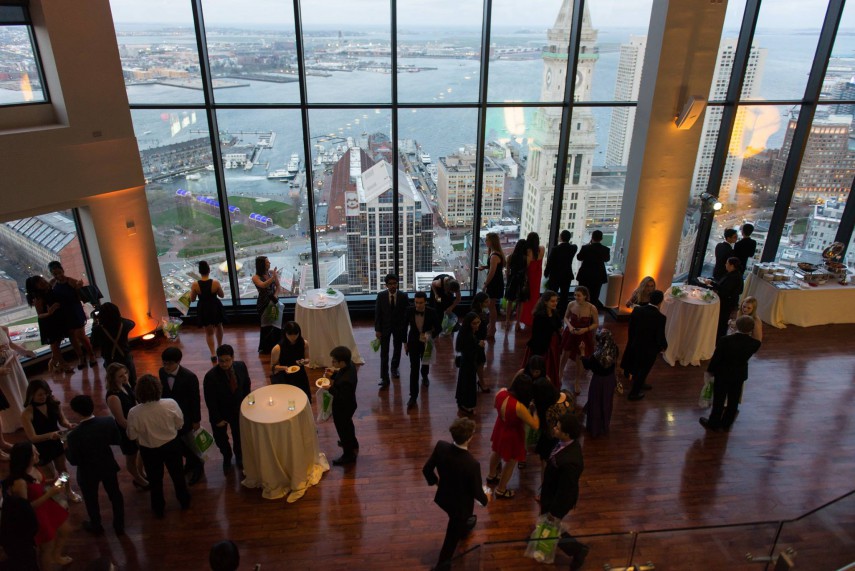 There was food, photo booths, a beautiful view, and, most importantly: 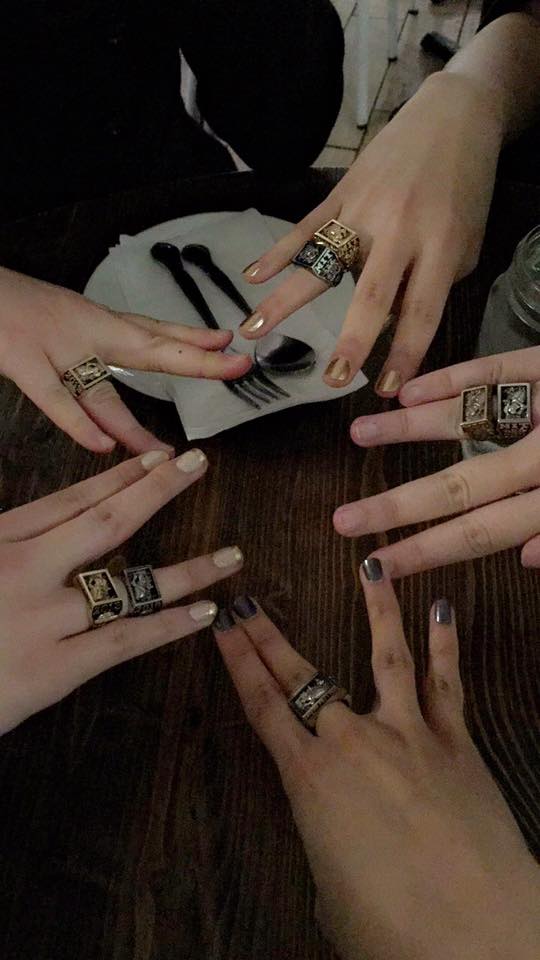 Each year, the Brass Rat has a slightly different design that reflects some of the unique aspects of that year’s class. The year’s design is debuted at Ring Premier, a festive celebration where the whole sophomore class dresses up in everything from onesies to coordinated Hawaiian print and packs into MIT’s biggest auditorium to see the design. 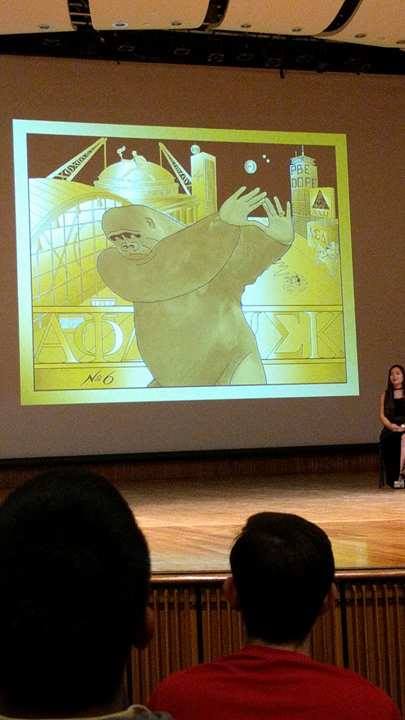 Every year, Ring Comm, the group of students in charge of designing the brass rat, also design a “joke ring” that’s presented before the grand reveal. Some students, including me, don’t know that this is a tradition, and enter a mild panic for five minutes. This year’s joke ring replaced the traditional beaver with an image of Harambe dabbing. 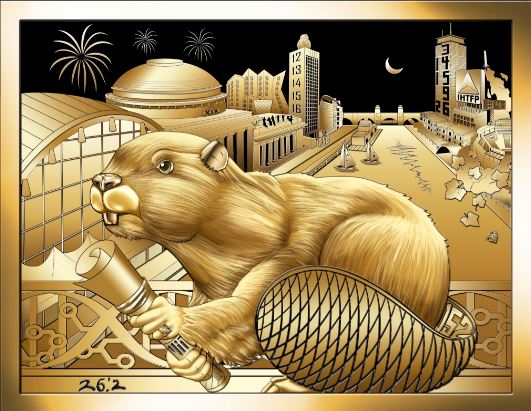 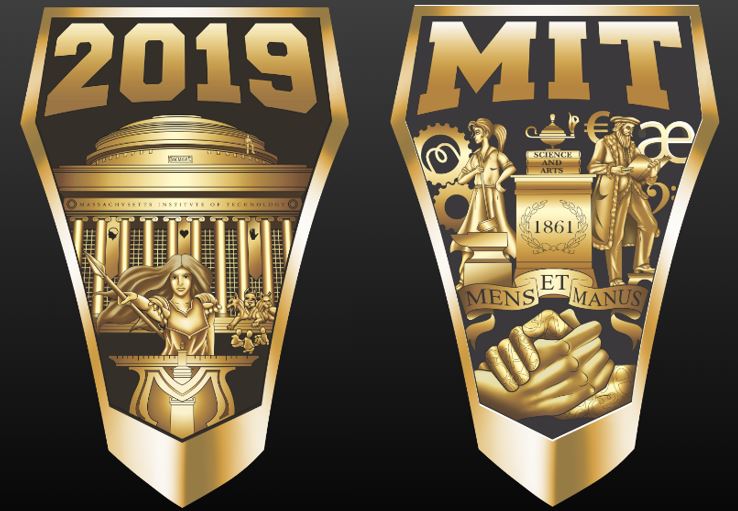 And the designs on both sides

Some of the unique details of the 2019 ring include the euro symbol in the background behind the figures of Mens et Manus (above right), representing the Nobel Prize win of MIT Professor Bengt Holmstrom for economics, as well as Brexit; the image of a student locking hands with the Alchemist (above right at the bottom) as a symbol of both collaboration and administrative tension at MIT; fireworks in the Bostonian sky, commemorating the celebration of MIT’s 150th anniversary of moving to Boston (top of the ring); and, as must be mentioned, a ripple in the Charles River in the form of a gravitational wave.

(There were several moments during Ring Premier that illicited a giant cheer from the crowd, the likes of which you might hear elsewhere at a college football game. One was when the figure of Mens was introduced as a woman. The other was when the graviational wave was unveiled. I’m really proud of my school.)

A full illustration and description of the ring’s design can be found at the Brass Rat 2019 website–go take a look at it! It’s really interesting and Ring Comm did a really good job.

Naturally, the wait between ring premier and ring delivery was excruciating…but finally, after two months of ogling over upperclassmen’s rings the event came around. 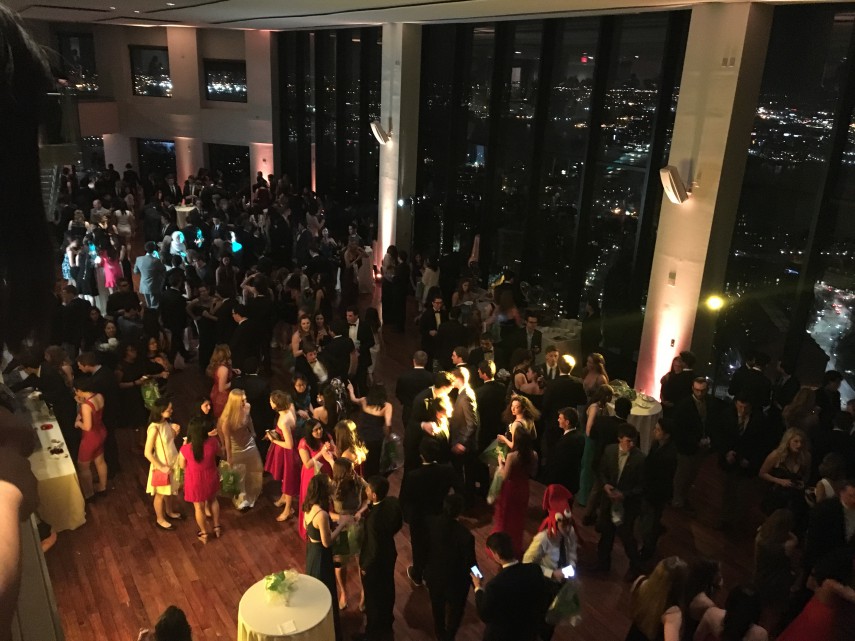 Finally, we can call ourselves “offical MIT students”!

Ring delivery is such a milestone for underclassmen that I decided to make my own dress to wear to the ceremony. 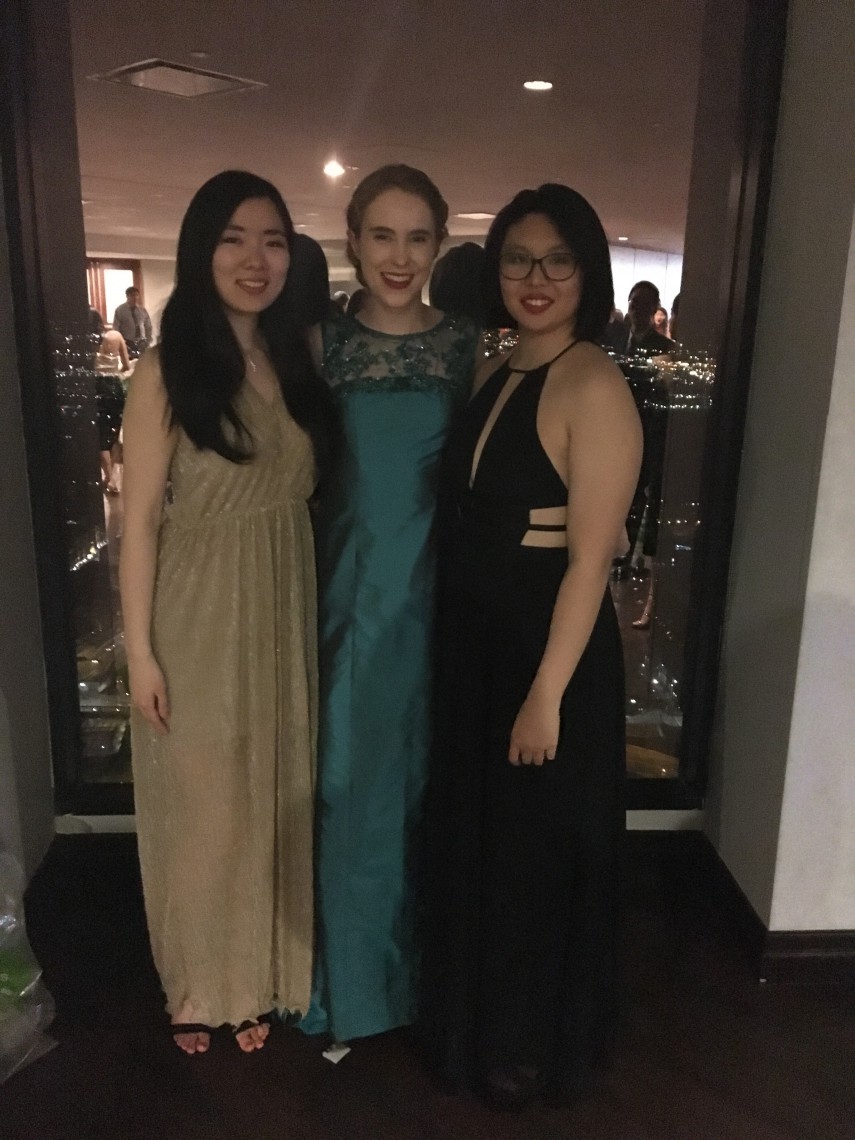 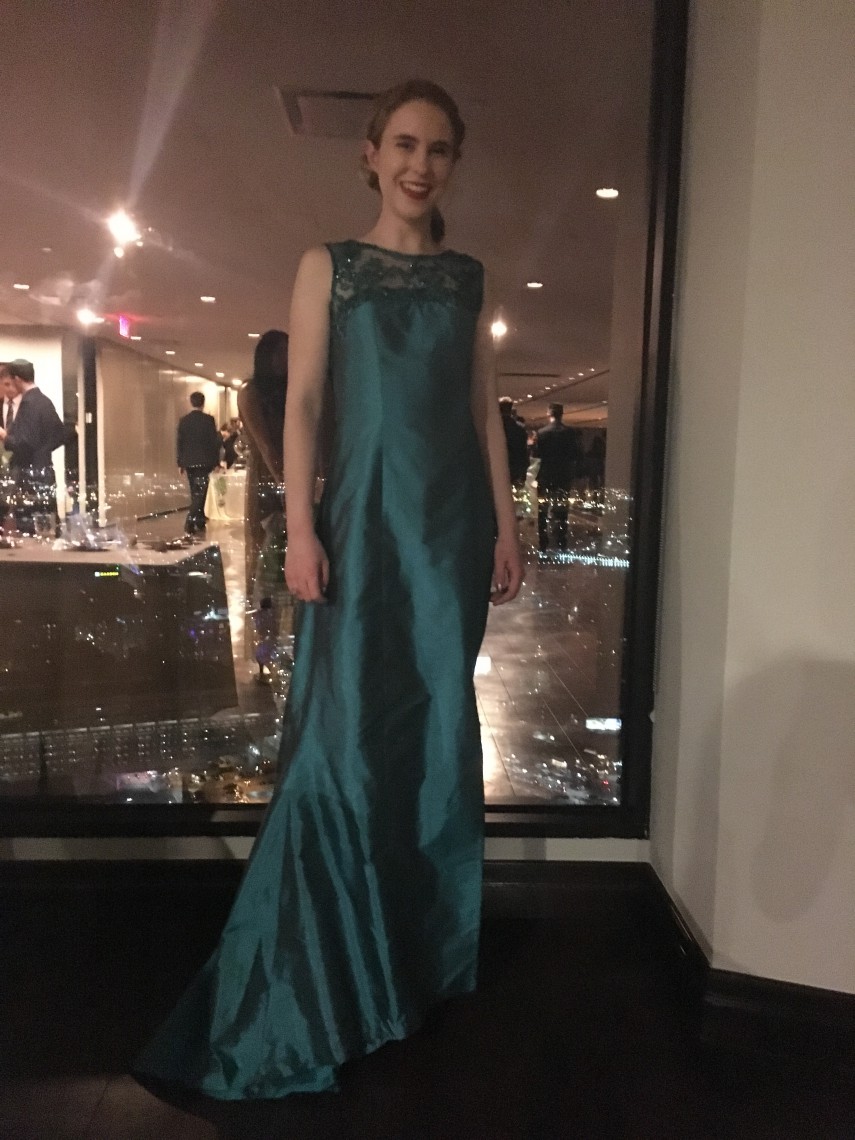 Making it took almost all of spring break, but it was totally worth it. If you’re interested, check out my personal blog for a sewing post about how I made my dress! 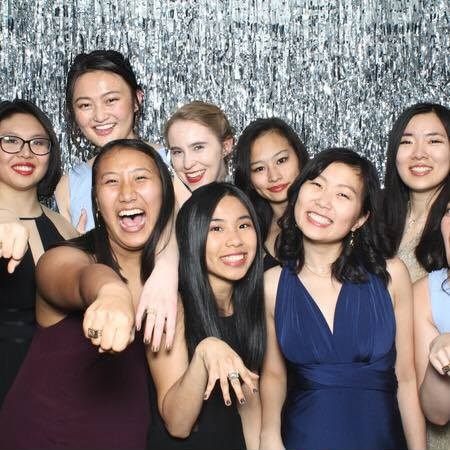 The rat is a symbol of accomplishment and a rite of passage. It’s a reward for getting through two, sometimes grueling years of one of the toughest schools in the U.S., and a reminder to take a second and recognize the things that make it worthwhile.

And I’ll be happy to wear it for the next two years, and for a long while after that. 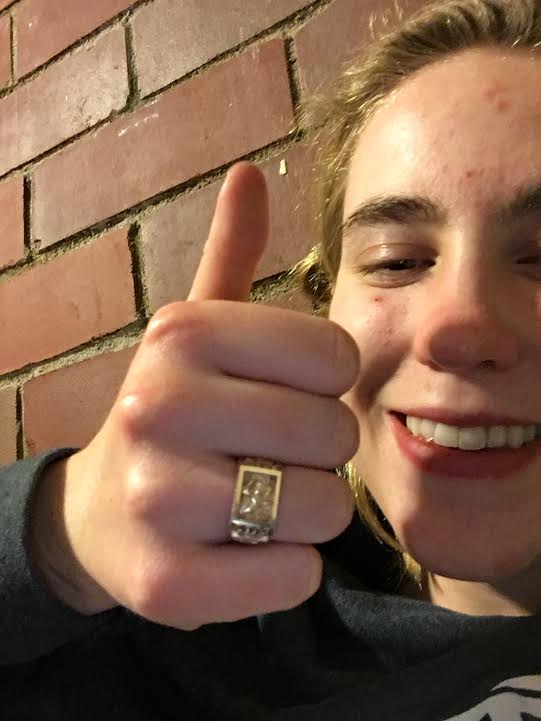 If you want to see more pictures of the event, check out the Facebook page!