The heavyweight men near the Museum of Science. PC: Igor Belakovskiy ’02.

Hi! I’m a rising senior studying Mechanical Engineering, and one of the most awesome experiences of my life has been rowing for MIT. I had never rowed before college, but I fell in love with the sport and can’t imagine my MIT years without it. I am sharing my story with you because I think a lot of you might be like me and would feel the same about crew. Before I tell you all about it, check out this short video of the heavyweight men so you can see what the sport is like:

Growing up, I never thought I’d become a college rower. I was a swimmer in high school who had become tired of staring at the bottom of a swimming pool, but I wanted to continue my involvement in sports at MIT. I felt it was important to stay in shape and to keep my mind off school for some time each day. The first time I thought of taking up rowing was as a pre-frosh, at the CPW of 2012. My host was a rower on the men’s lightweight team (there are varsity heavyweight/openweight and lightweight crew teams for men and women) and he introduced me to the sport. I watched one of his races on the Charles River that weekend, and admired the eight rowers in each boat who rowed in sync as they balanced narrow shells through stiff winds. It looked graceful, but I knew from my conversation with my CPW host that the athletes were enduring grueling self-imposed pain. Sounded like my kind of sport. 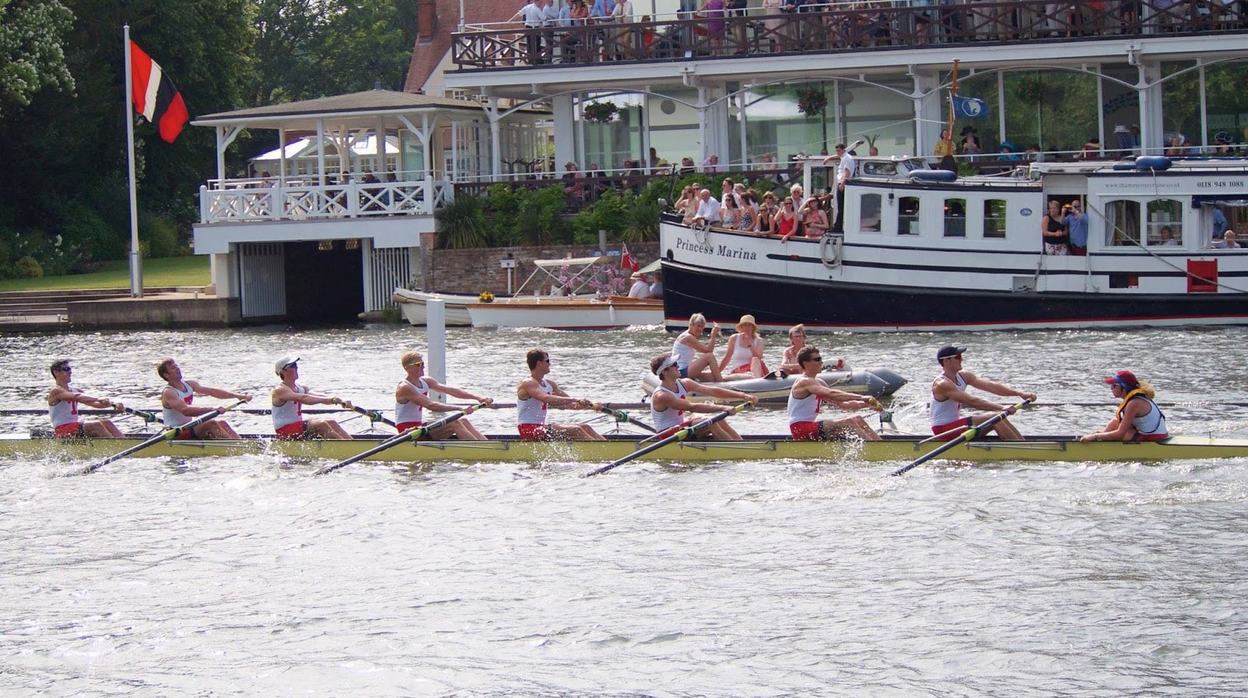 The lightweight men got to go to England this summer to compete at the Henley Royal Regatta.

That Fall, at the first day of practice, a bunch of novices crowded around a bench swing on the boathouse dock. That would be our meeting spot with Evan, the assistant coach for the men’s heavyweight team and the man who would teach us the basics of the sport. After a few days of “erging” (an ergometer is essentially a rowing treadmill) and rowing in the boathouse’s indoor tank, we were given the green light to take a boat out on the water. Once we started to get the hang of it, it was a ton of fun! Rowing shells move a lot faster than I had expected. That first day on the river we rowed up to Harvard and back. It was really cool to see different parts of Boston and Cambridge from the water. 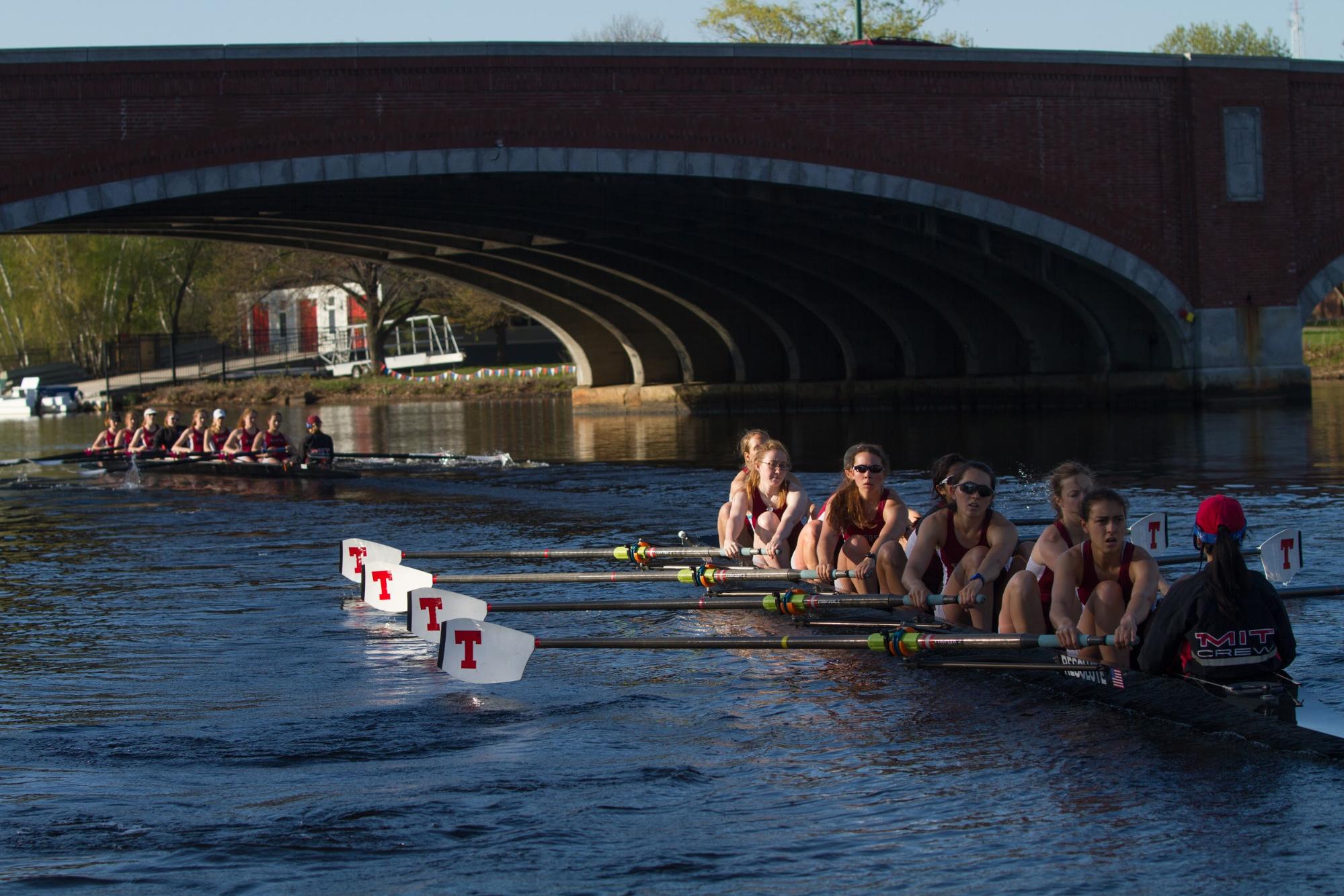 As the leaves started to fall, lining the river with red and gold, we had progressed enough to start practicing with the varsity squad. The upperclassmen taught me all about rowing and rocket science (about half of them were Aero/Astro Engineering majors). They became some of my closest friends and mentors.

Being in a boat together forms strong connections between people. Everyone has a single common goal (to make a boat go fast), and that requires a lot of self-sacrifice and a will to work as a unit. To not buy into that is to diminish the effectiveness of your teammates. I’ve found it’s a lot easier to put in my best effort every day, even when school is tough, if I remind myself that the effort is helping people that I care about succeed. 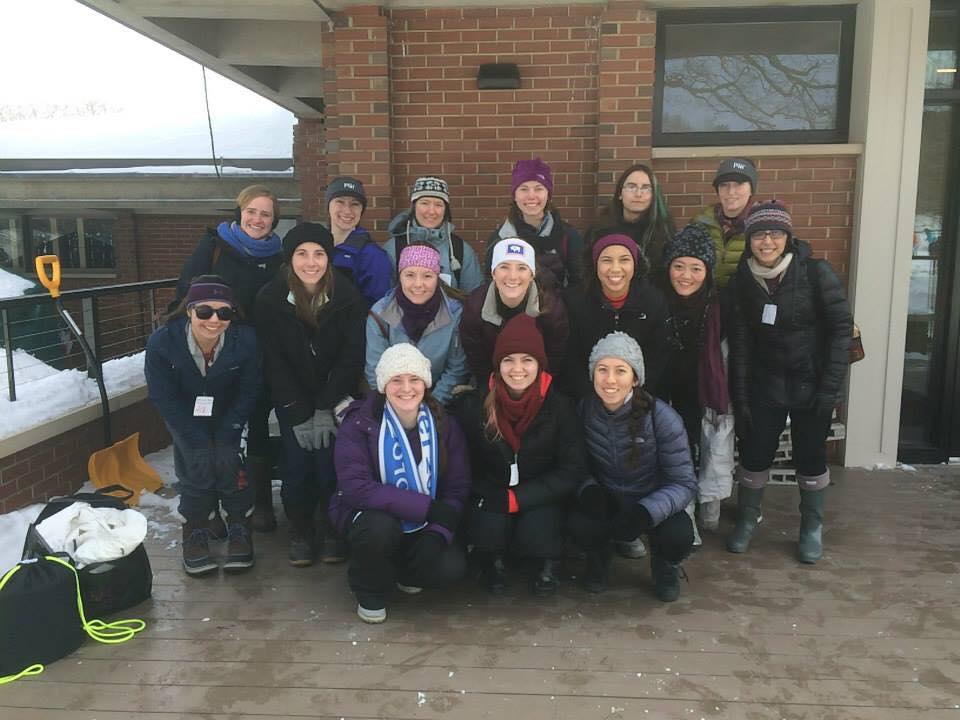 The lightweight women after a cross-country ski workout. When Boston got 110 inches of snow last winter, they figured they should put it to good use.

Being on the team has some cool perks. Every year we take a winter break trip to Cocoa Beach, FL, where we spend ten days away from snow covered Boston. Rowing is the total focus of the trip. We practice twice a day and spend the rest of the time recovering (namely napping on the beach, watching the occasional rocket launch off Cape Canaveral, or eating piles of ribs and wings at our favorite BBQ place). It’s great to spend time with the team away from our school commitments. 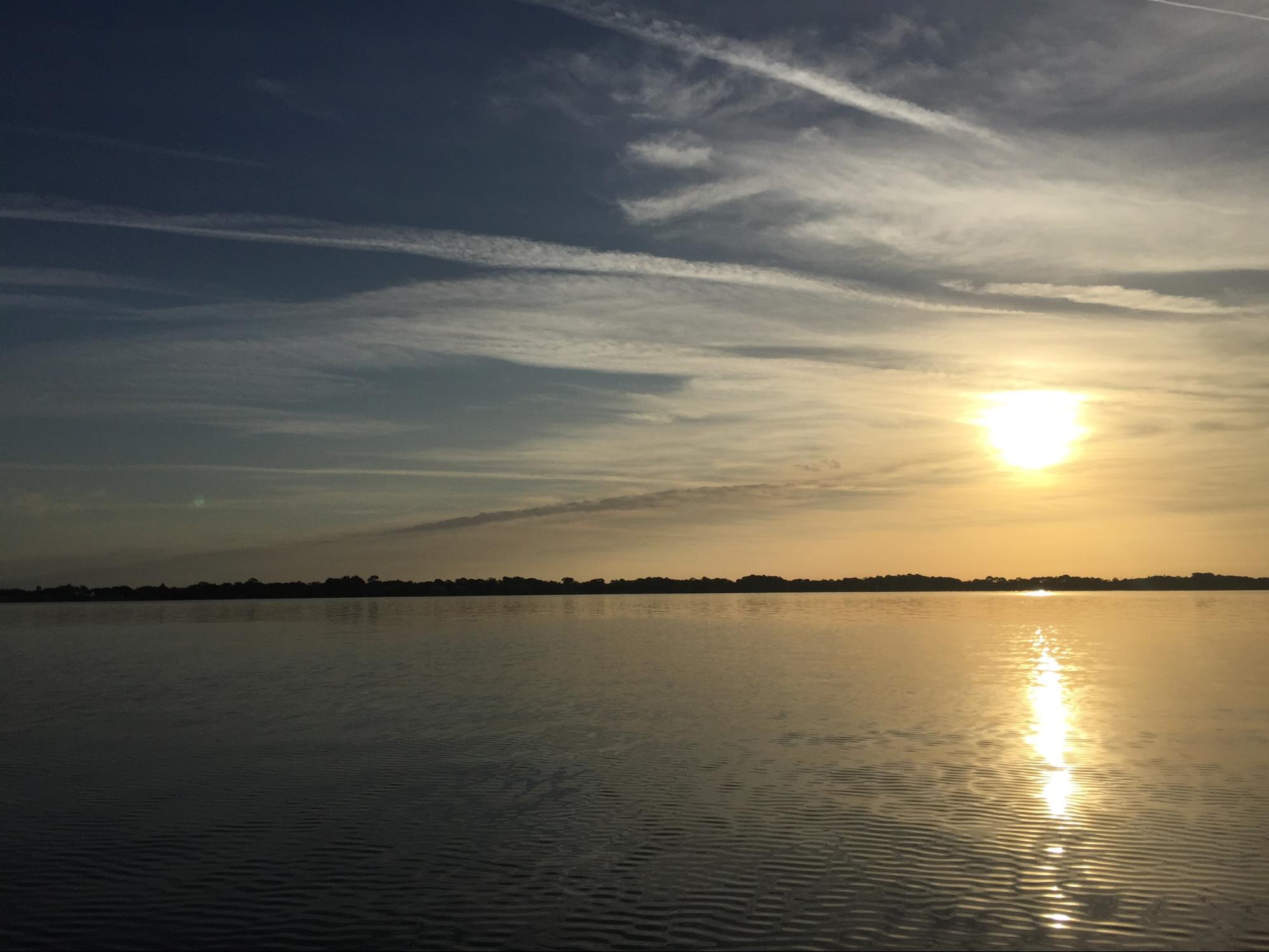 One of the awesome things about rowing is that it is one of the few sports that you can pick up in college and be successful on a national or even international level (if you work hard enough). It’s more important in rowing to be gritty, perseverant and coachable than to be naturally talented. This season, all four MIT crew squads had athletes in their top boat who had learned to row at MIT, a successful Division I program.

So if you’re someone who enjoys hard work and being outside every day, you should consider rowing. We’d be glad to have you on the team!

If you’re interested in walking onto the team for the 2015-2016 season, feel free to get in touch with our assistant coach, Kayleigh Durm, at [email protected] for more info.