here’s the thing about improv companies. the thing they do most often isn’t putting on shows, but rehearsing. a few years ago i found some improv companies online, and i looked at the pictures and read a bunch of reviews, and i ended up falling in love with a few of them. then i found out that none of them had any shows soon. 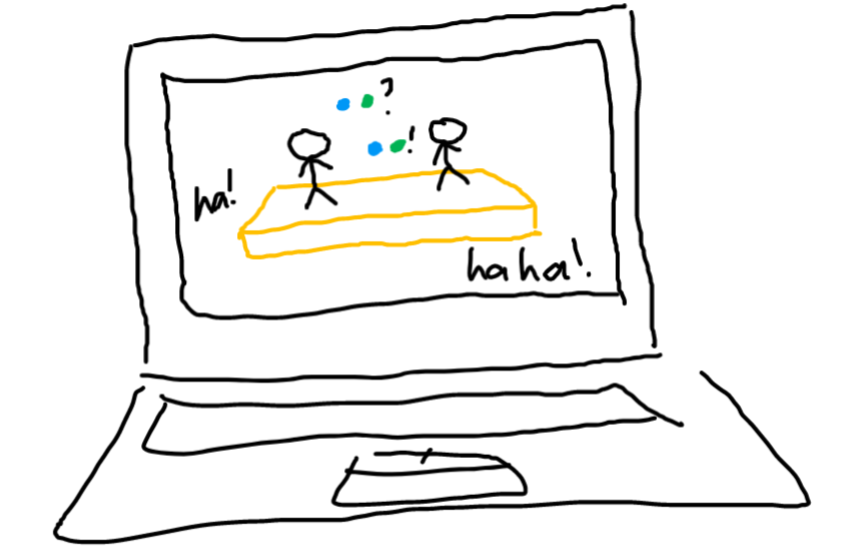 and improv sounded fun. at the time, i’ve never actually seen an improv show in person, just read about it. i mean, sure, i went to acting school for four years, but i’ve never actually done anything. still, i heard from all of my friends that doing improv was a lot of fun, so i tried auditioning for a few groups myself. most of the process consisted of taking a video of myself doing some scenes, and then sending it to this mysterious council of evaluators. 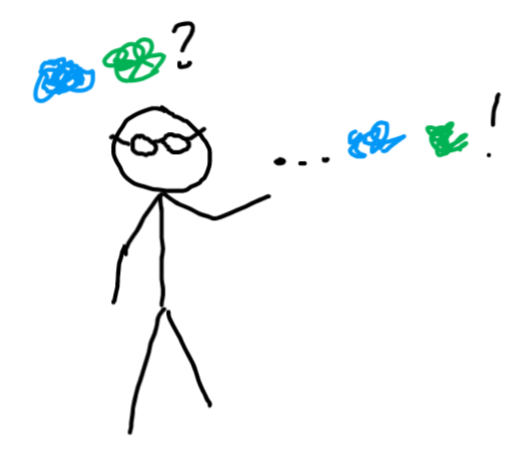 magically enough, i got a few callbacks, despite being a complete amateur. i had to do a live performance in front of retired cast members. the first few were kinda scary, but i got more comfortable with practice. 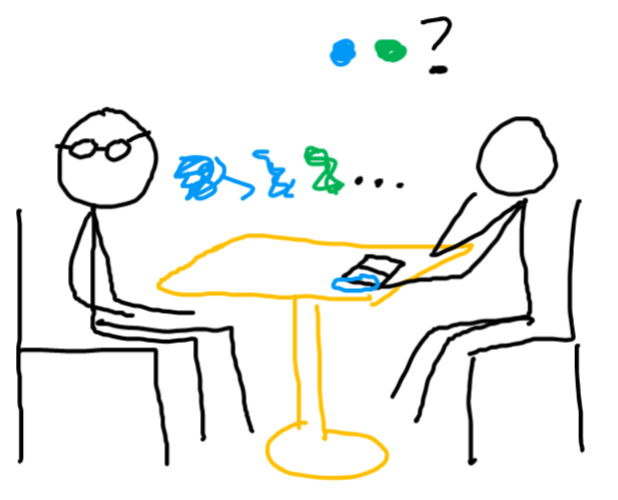 after months of waiting, i learned that i got the role. in fact, i was lucky enough to get multiple roles, from different companies. unfortunately, i could only really perform with one of the companies, so i had to pick.

one of the companies invited me to watch one of their performances. so i went there, and i watched a special showing with a bunch of other potential new actors. and they put on a great show! there were lots of different groups of performers, all making different kinds of jokes, all performing different kinds of scenes. it was every single bit as good as i expected it to be, from looking at the pictures and reading the reviews. 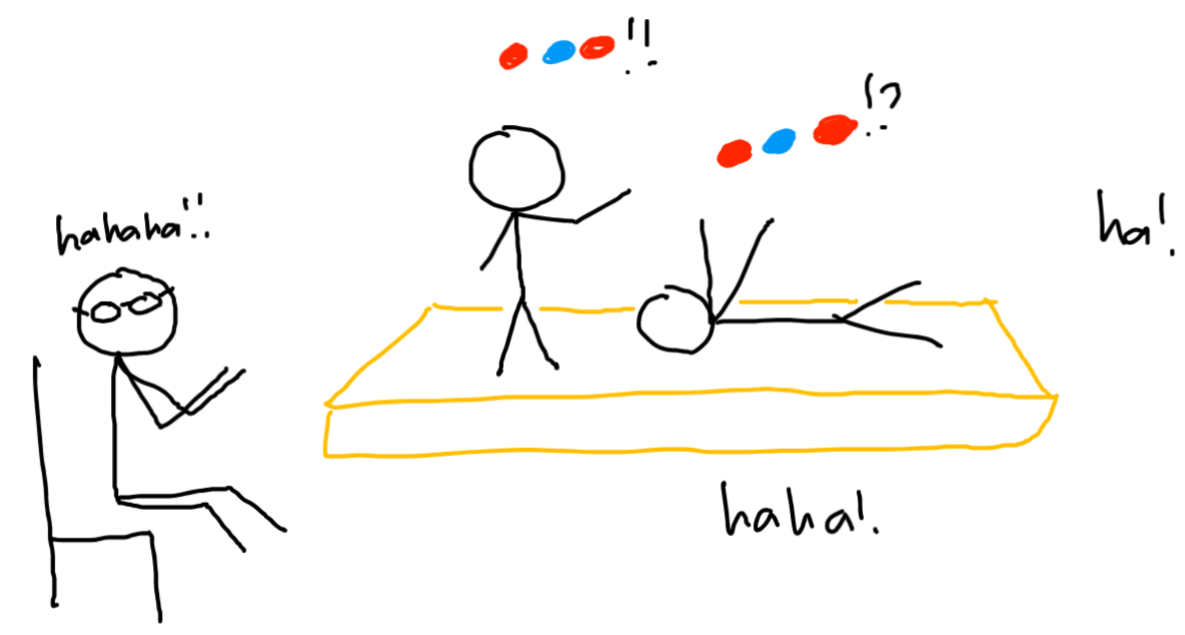 so i decided to accept one of the roles. i hear from my friends that different improv companies do really different things, but like i said earlier, the thing that they do most is rehearsal. my first few rehearsals were with a bunch of other new actors. i got to meet a few people. i was pretty awkward at first. 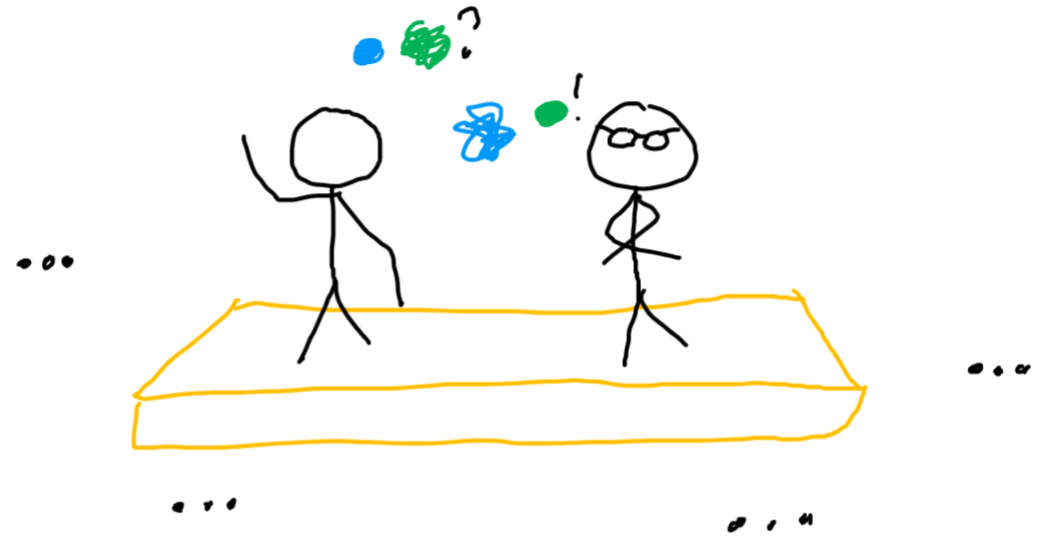 for the rest of the rehearsals, we were all mixed together, regardless of experience. i got to work with new actors, but i also worked with lots of experienced ones too. every rehearsal, though i’d work with many different people, there’d always be one scene where i perform with the same group of actors. 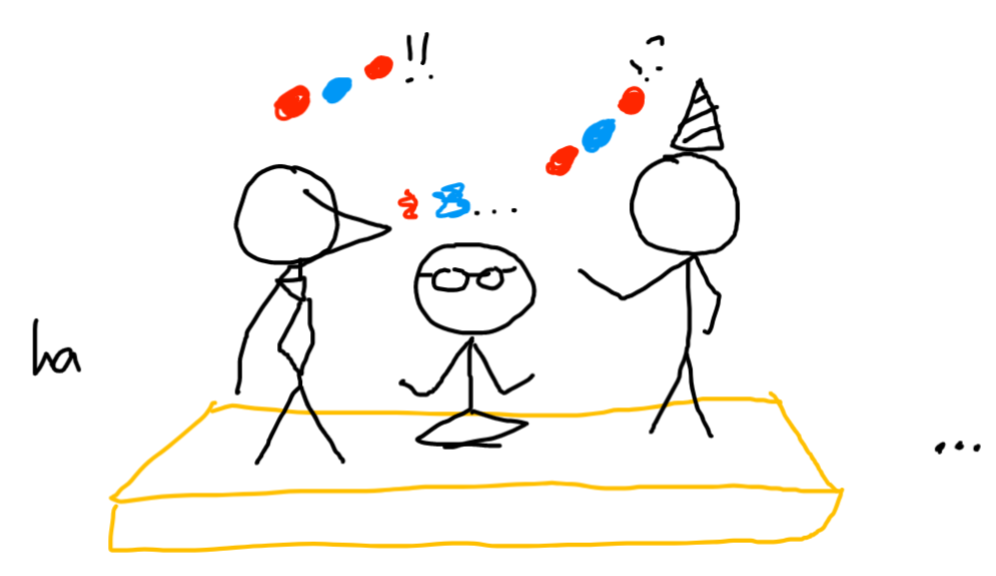 and we’d do all kinds of scenes. sometimes we’d be brilliant scientists, on the verge of a great discovery, right before something goes wrong. sometimes we’d be working nine-to-five and complaining about how hard it is to land a decent job. and sometimes we’d even be explorers in an unfamiliar land, scouting the territory and making our mark.

in the beginning, i didn’t work with these people very well. i’d mess up my presence during scenes, fail to use my body properly, not come up with good ideas. i struggled working with the people in my group. 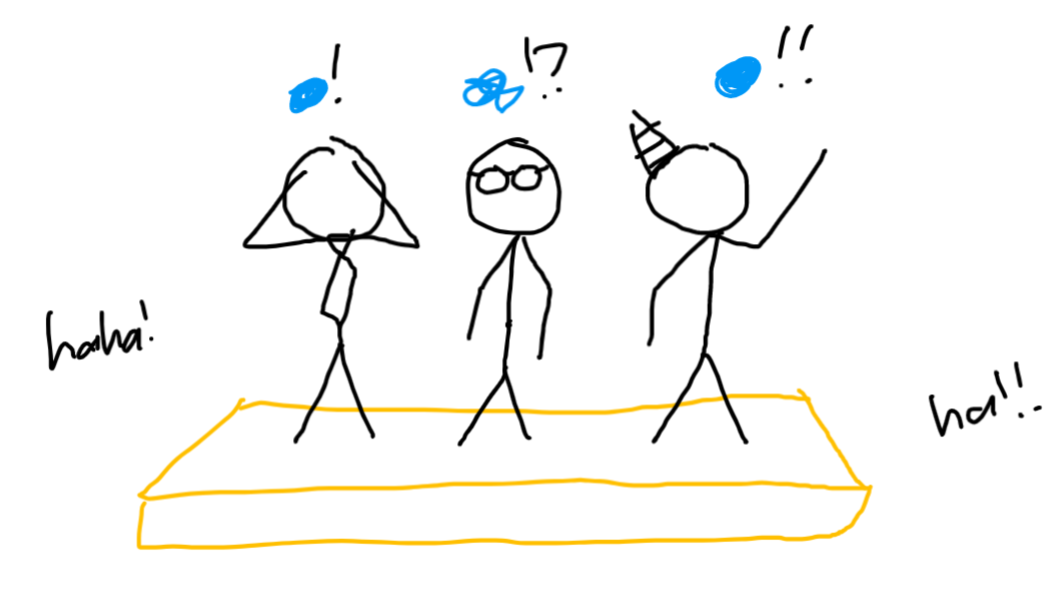 like many things, it got better with practice. i learned from performing, and i learned from watching too. sure each scene’s new, but i learned to repeat and build upon the scenes that i’ve watched. and people liked it.

with time, i learned about the kinds of things that people in my group did, and i did them too. it feels weird thinking about how so much of what i’m doing came from just watching others, but it is what it is. soon enough, i fell in love with my group, and i enjoyed every single moment we spent acting together. 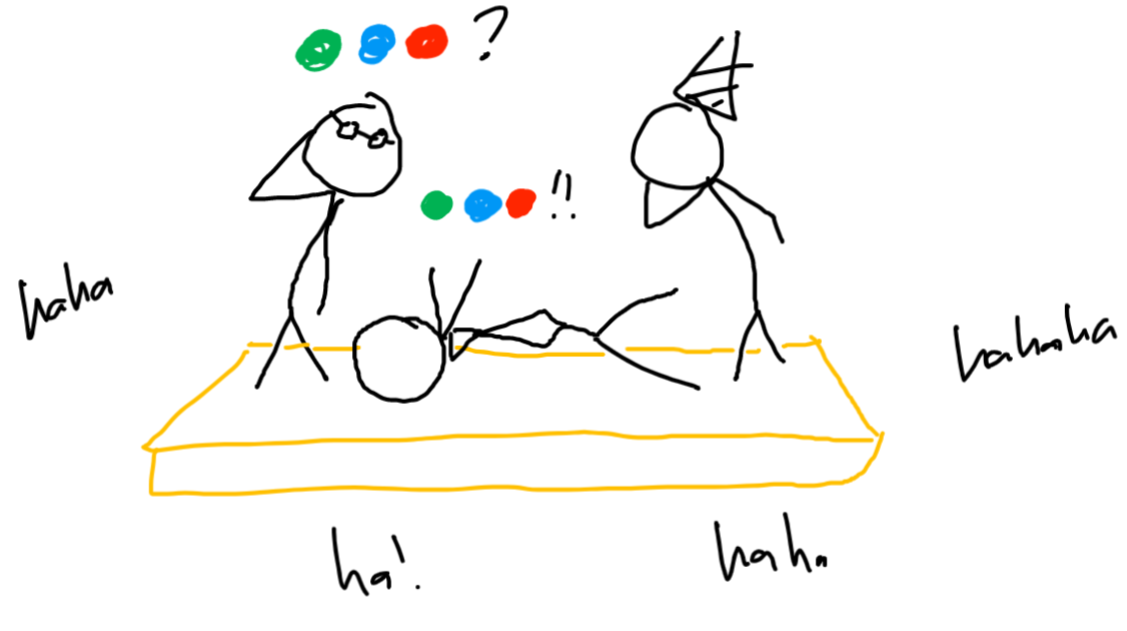 a few months after i joined, we were supposed to put on our annual big show, where we invite prospective actors from all over to come watch us do scenes. i was really excited to do it, but unfortunately, this heavy, huge red ball fell out of the sky and occupied the stage, and we weren’t able to get it out. 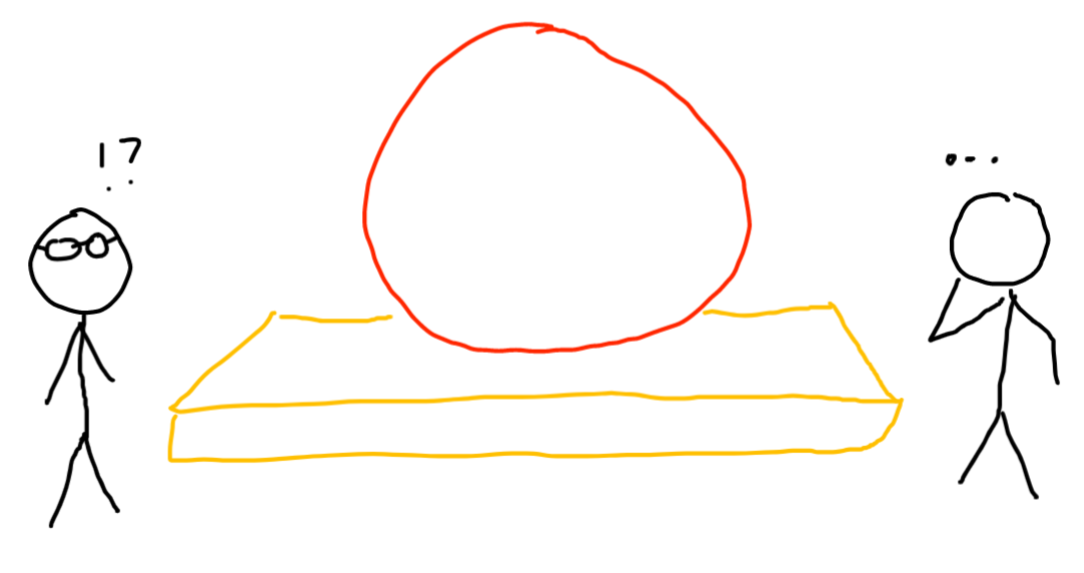 so our annual big show consisted of us sitting with the audience.

it was weird at first, not being able to perform for them on stage. we kind of just spent our time talking about what we would’ve done. definitely not as exciting, especially when you’re hearing the punchline rather than see it acted out. but it turns out theaters all over the world had a huge red ball on stage, so it was kind of the situation we were all stuck in.

our improv company recruited a new batch of actors, despite the existence of the huge red ball. and now we were kind of stuck. how were we going to rehearse scenes without a stage to perform in? how were they going to learn about all of our company’s quirks?

well, what choice did we have? we talked.

we told them stories. it’s not like acting, as we’ve learned when we put on our annual big “show”. it’s not the real thing. none of us were pretending that it was. all of this in the hopes that when the huge red ball was finally removed, they’d be familiar enough with our group to work well with us.

they’ve figured out a way to get rid of the huge red ball, and soon, i hear, they’ll do it. we’ll finally be able to do rehearsals and start acting on stage again. and i’m kinda tense, to be honest. is it all going to be just awkward? will we be able to pull off all our usual scenes well? 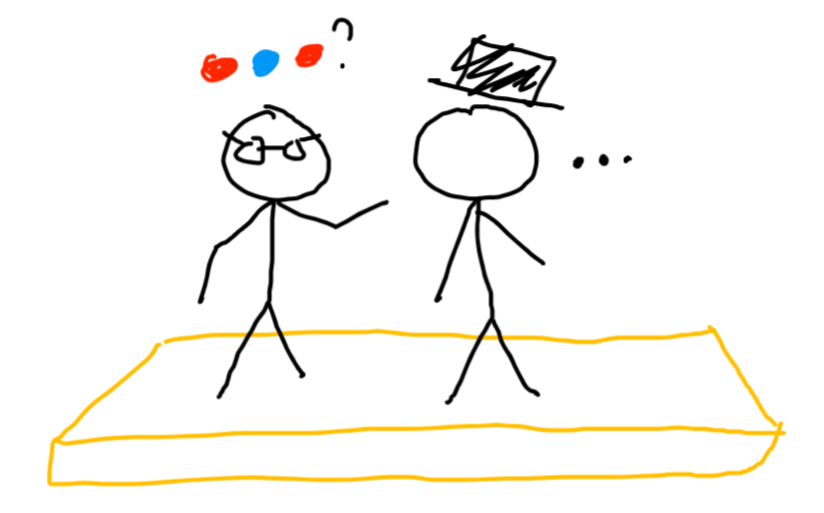 maybe this fear is unfounded. we’ve lived years and years with people just learning things from watching other people act. maybe i’m worrying too much stories not being “the real thing”. is there a real thing in the first place? am i so worried that they do things differently, when surely we’ve been doing things differently, compared to the actors who came before us? 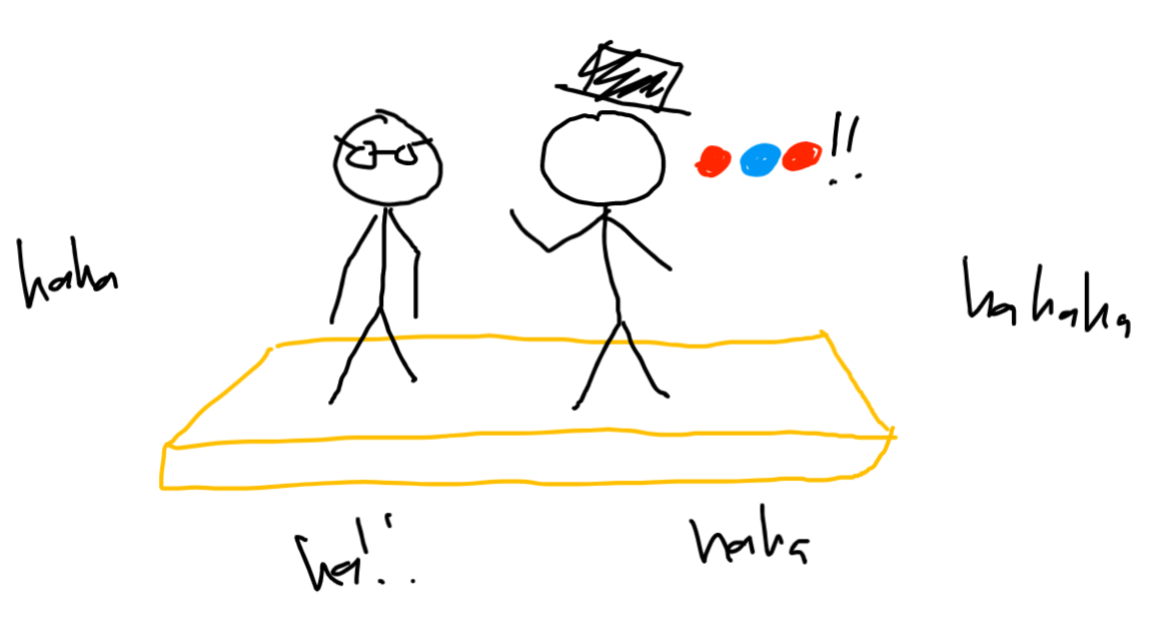