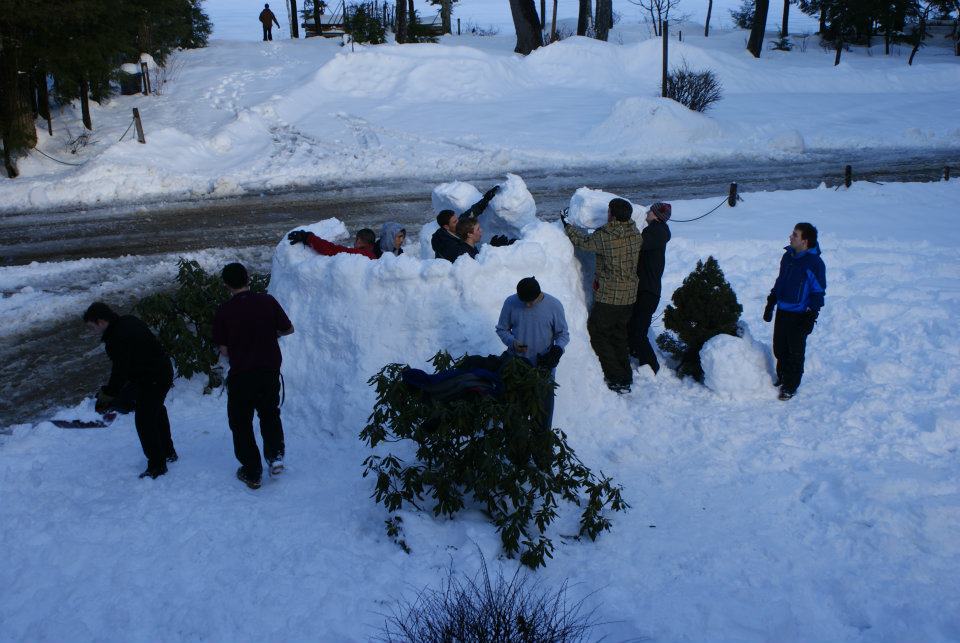 Brothers of MIT Sigma Chi retreat to Maine from Thursday -> Sunday. Here’s (most of) what happened

As I was assembling this blog post, my roommate Mike ’13 and I did a quick calculation. Approximating the igloo we built as a half sphere with an inner radius of 7 feet and an outer radius of 8 feet, we found that almost 13 cubic meters of snow were used in the construction.

If the density of snow is about 1/5th that of water (which we conjectured based solely on a quick internet query and are not 100% sure about), then the igloo weighs about 2,500 kilograms, or well over 5,000 pounds. Now who said MIT kids never hit the gym?

Please comment below if you think we’re dead wrong on the calculation, or if you have any ideas for how to approximate better. Now that the math is out of the way, let’s move on to the pictures… 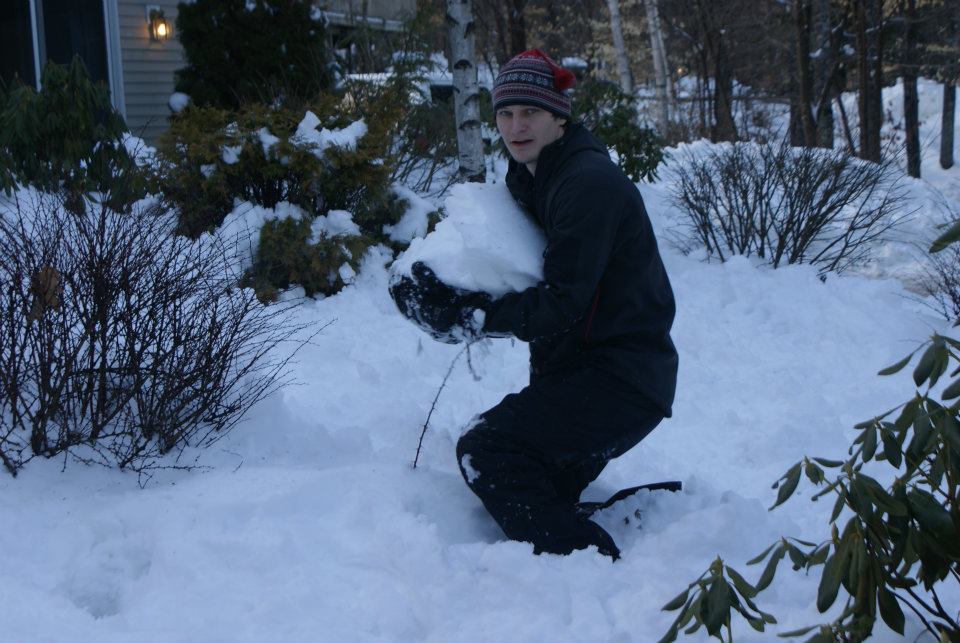 John ’11 gets serious with the snow 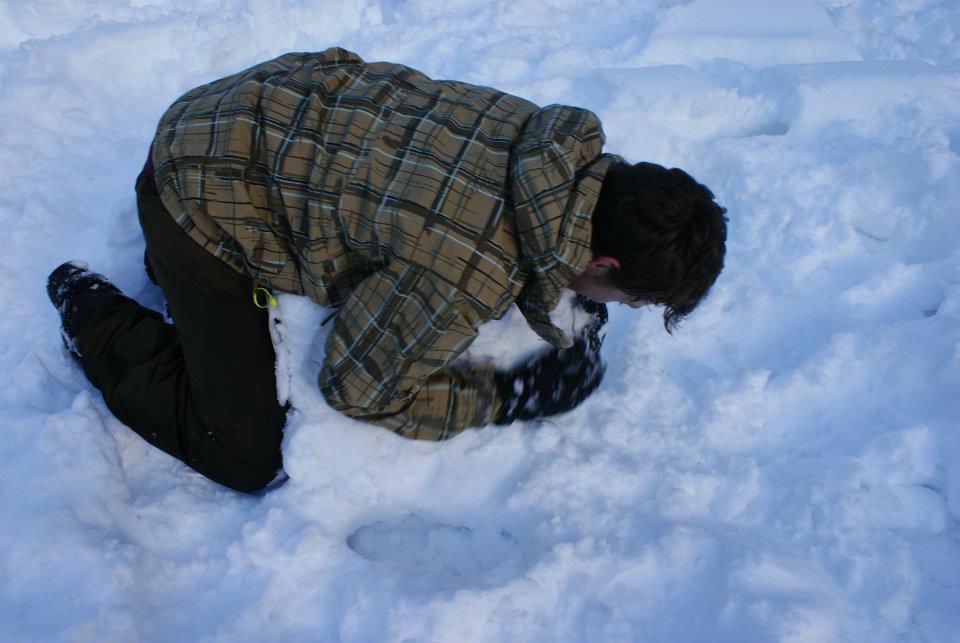 Scott ’12 jumps on what he thought was a grenade 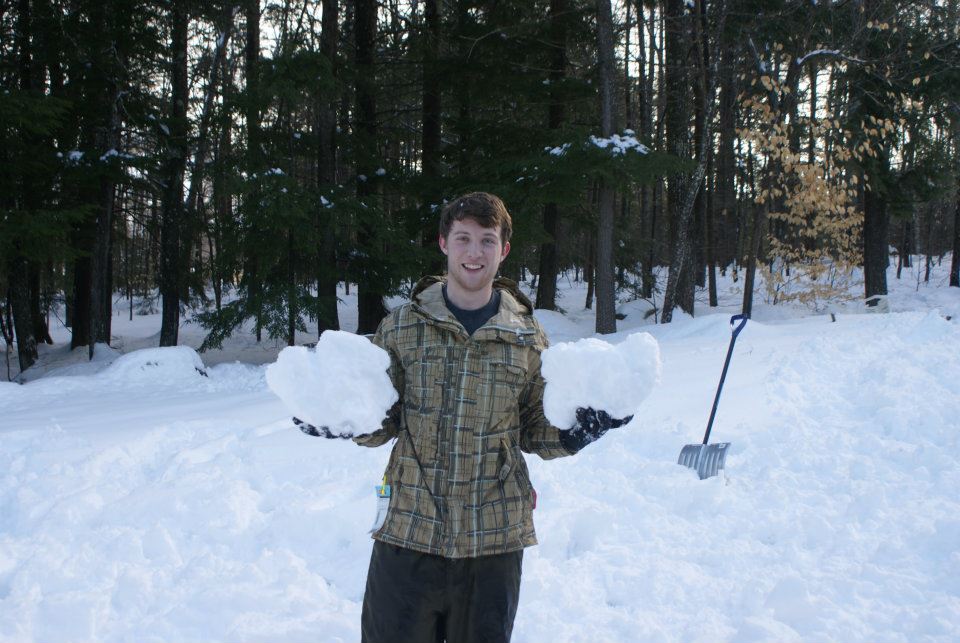 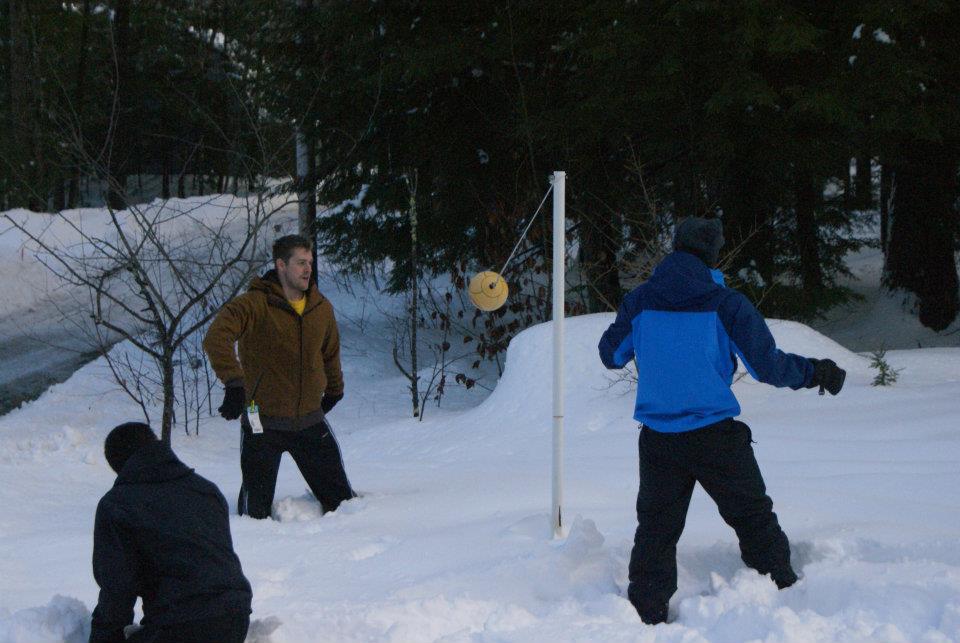 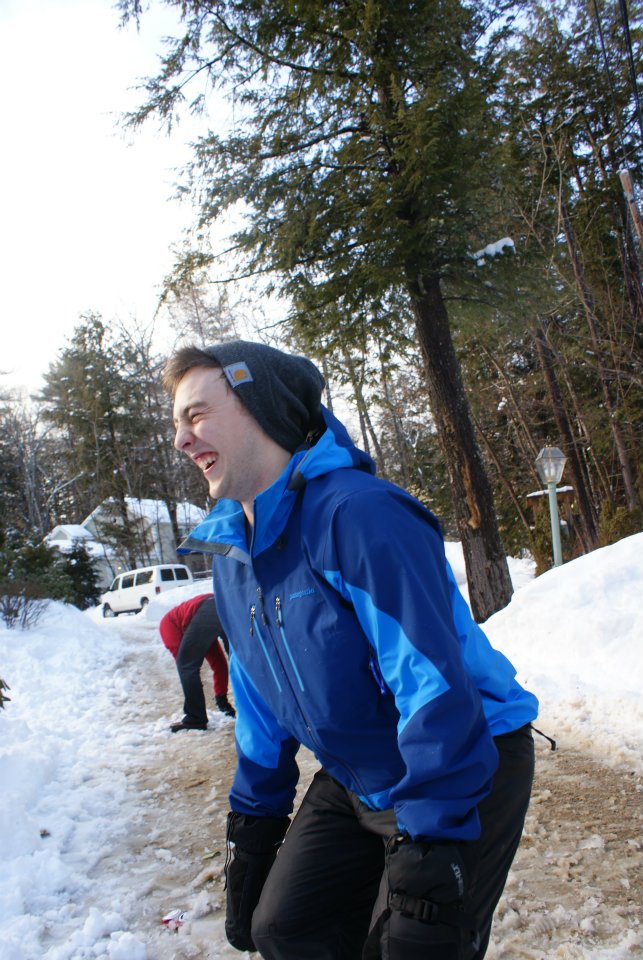 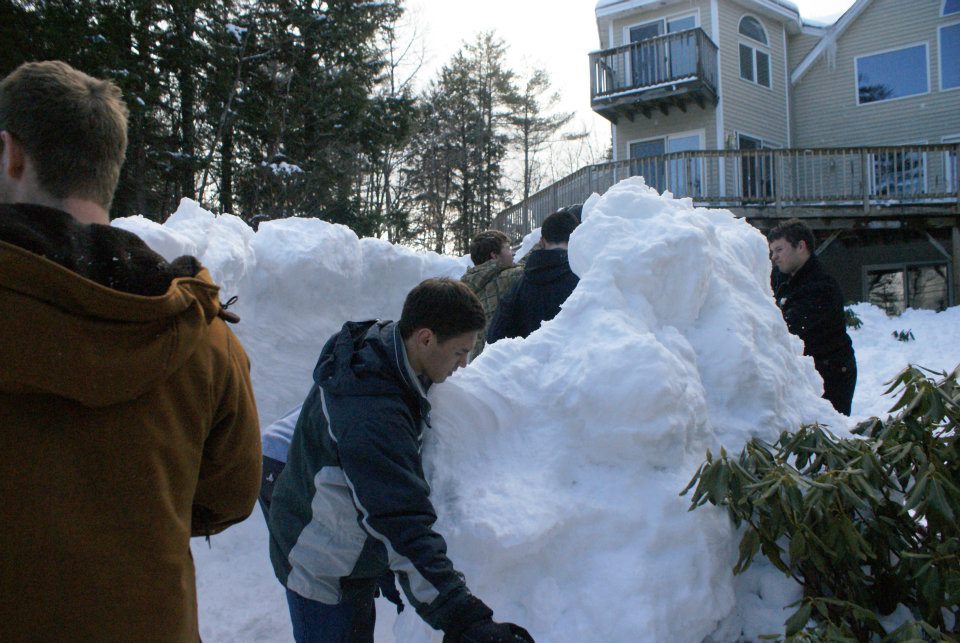 Jordan ’12 tries to become one with the igloo 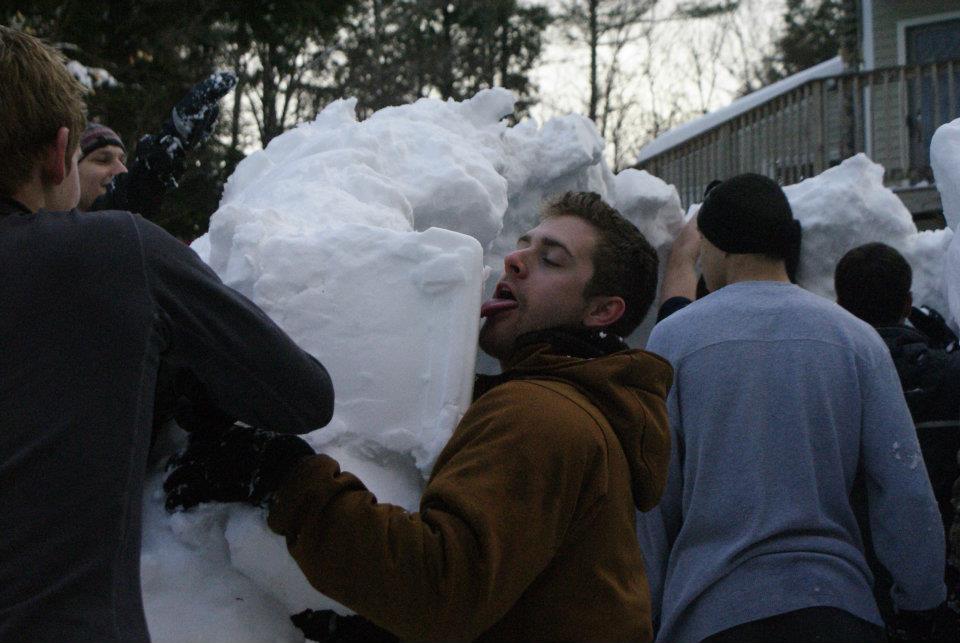 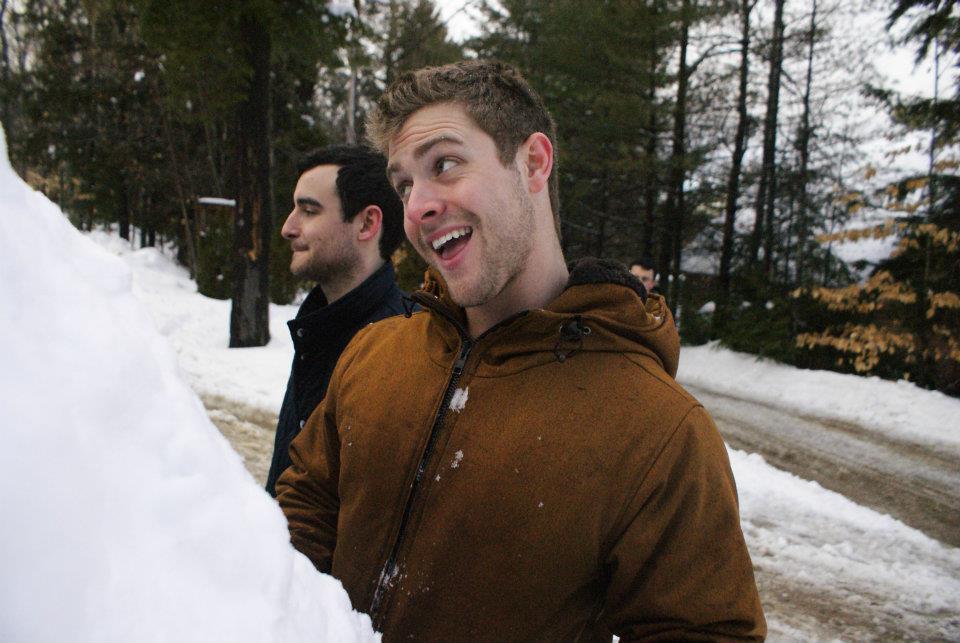 …and is successful. Steve is stoked for his pending relationship 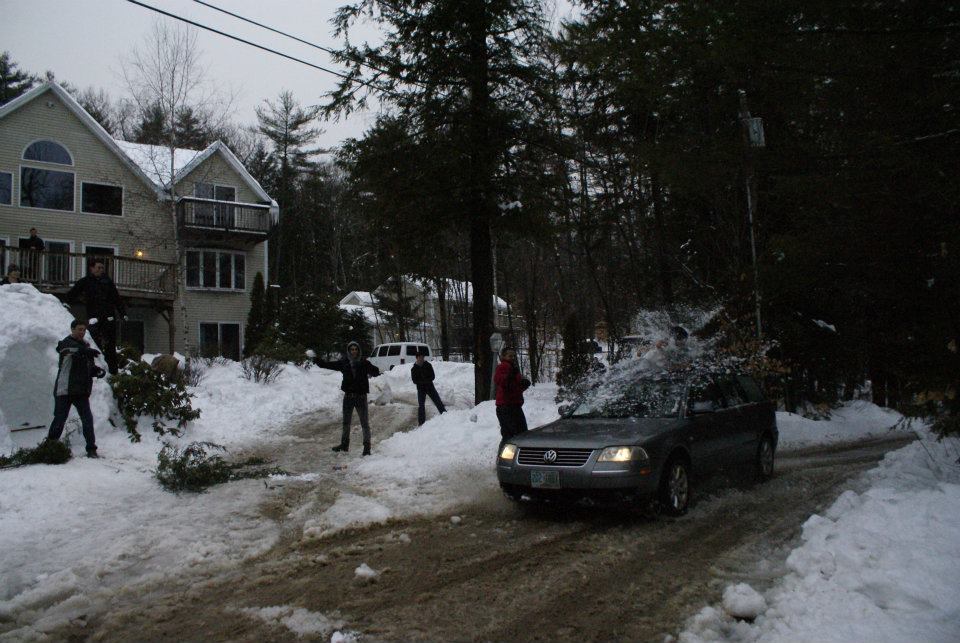 Brothers greet the late-comers with a barrage of snowballs. Many athletes arrived late due to practice schedules 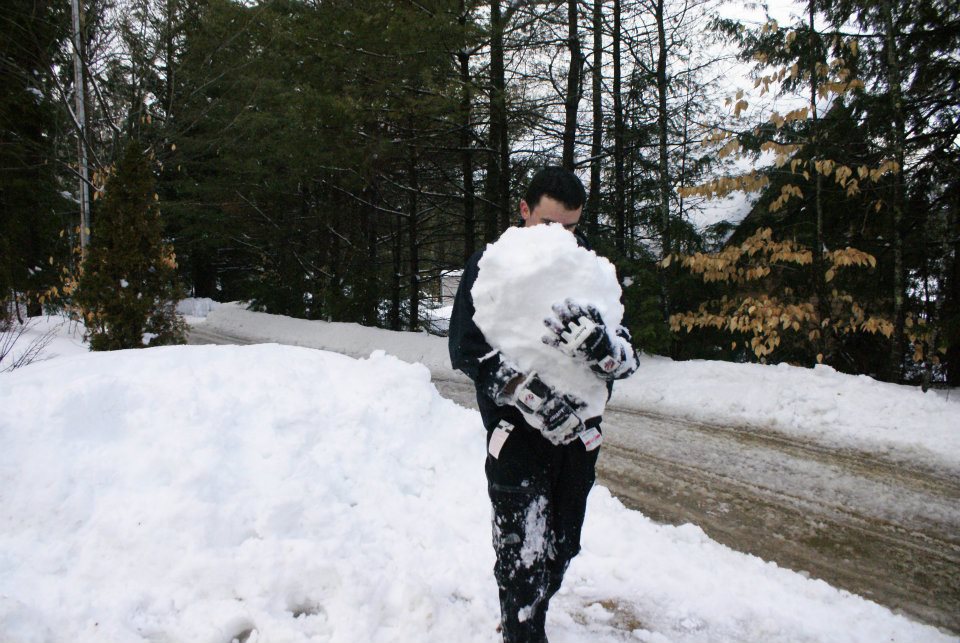 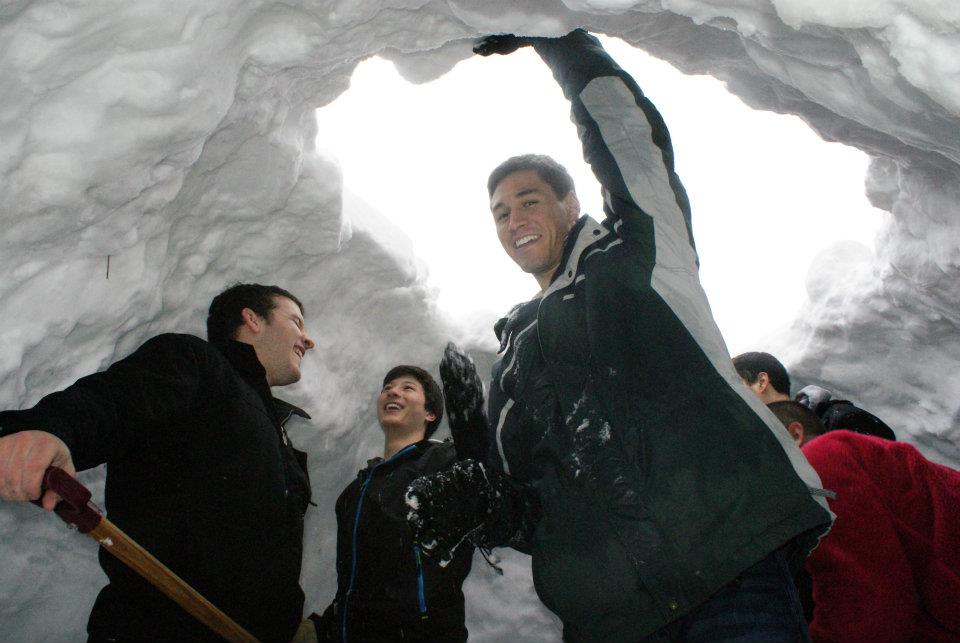 Brothers begin to congregate inside as the structure nears completion 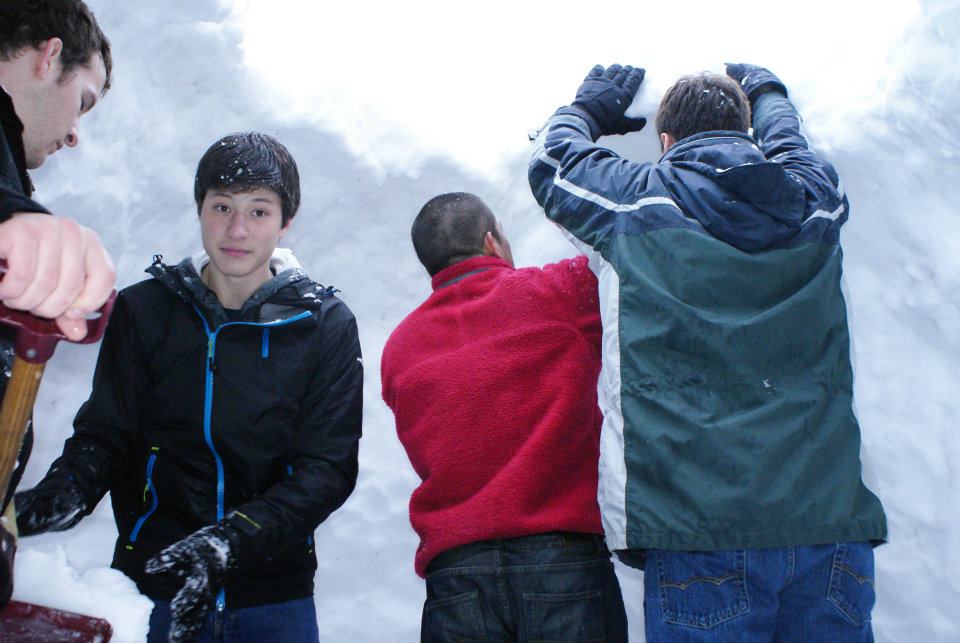 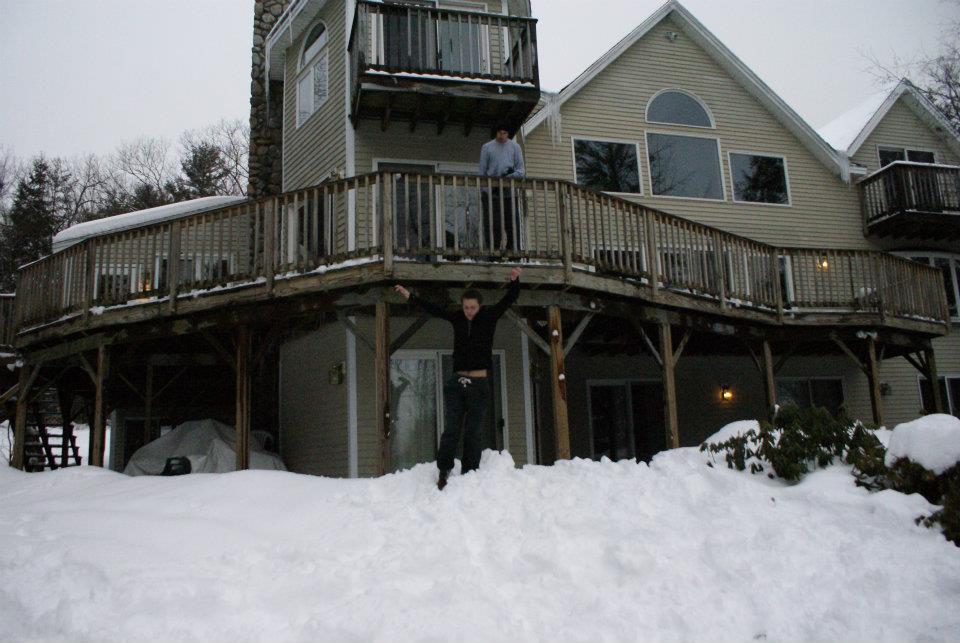 Austin ’15 jumps off the balcony. The 2nd floor balcony. TFM 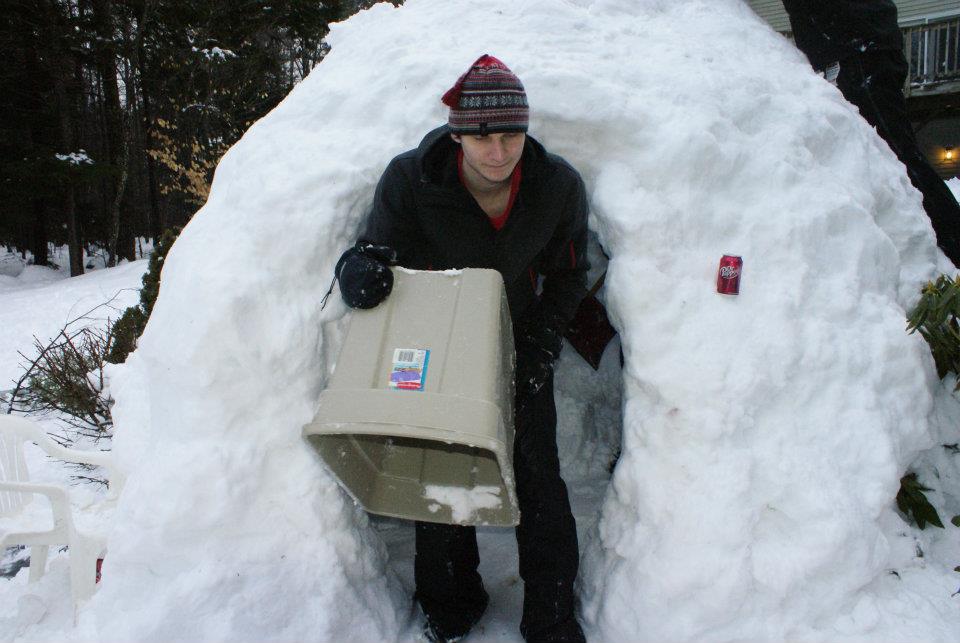 Frozen and feeble after a long day of labor, John ’11 emerges from his icy creation 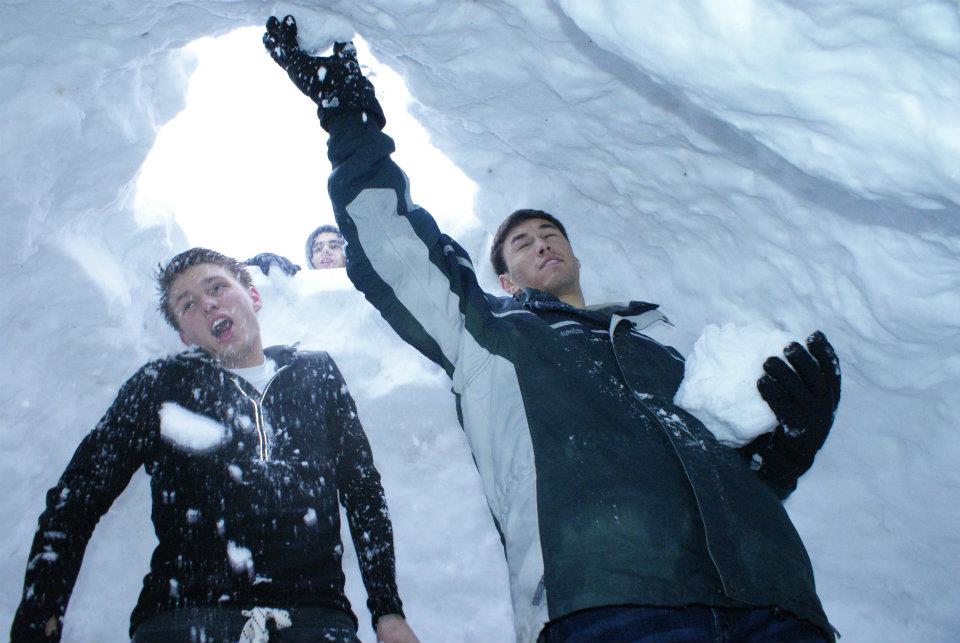 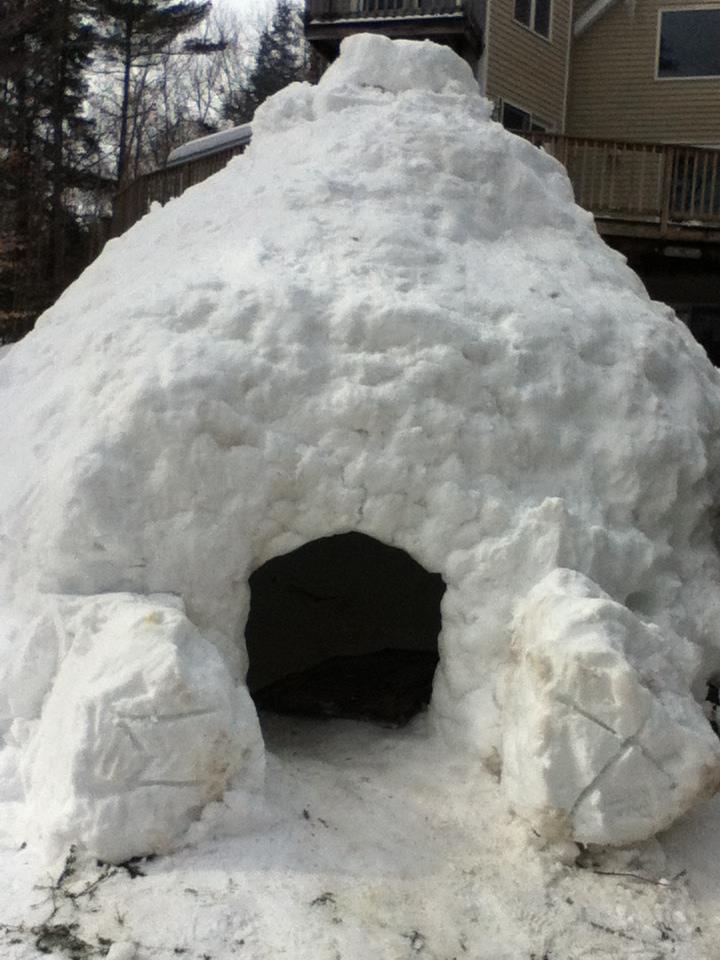 To be honest, not much studying took place last weekend. But sometimes that’s just what we need as we challenge ourselves through college. A weekend with just the boys, away from the noises, lights and concrete of Boston. We shared a renewed sense of brotherhood and friendship while forging great memories that will endure far beyond the knowledge obtained in much of our curriculum.

Remember that part in Ironman where Tony Stark builds a bullet-proof exoskeleton decked out with flamethrowers, rocket launchers and full propulsion? I applied to MIT on the heels of watching that. I wanted to master the rapid in-cave prototyping skills that Stark displayed, and I figured that earni…
Keep Reading