and learning to speak up

I don’t know if your school does this, but MIT asks its students at the end of each semester to fill out course evaluations. Professors do make adjustments based on student evaluations, but sometimes I wonder if I’m giving feedback or just sending my opinions into a black box.

We did something similar in GEL last year: At the end of the fall semester, each of the GEL students evaluated one another based on leadership and performance within a group.

Now I understand how professors feel. I couldn’t believe how such a diverse group of students had one, clear piece of advice for me: speak up! At least half of the comments said something like “your ideas are valuable, but you tend to keep quiet during meetings.”

So before the spring semester started, I heard there was an opening for a section leader position in a weekly Engineering Leadership Lab (ELL). Section leaders are the three students in their second year of GEL (“GEL 2’s”) in charge of one of the three ELL sections. I kind of think of myself as the Teaching Assistant (“TA,” in MIT-ese) for the 1:00-3:00 section. I meet with the staff and fellow GEL 2 student officers, and make sure my section is ready for the upcoming ELL.

One other little detail about becoming a section leader was that I was responsible for helping to plan the Student-Run ELL.

I’ve mentioned these lessons before. Once a semester, the GEL staff let the GEL 2 students take the reins and design a brand-new ELL. It’s fun because we get to think outside of the box and try things we haven’t done in ELLs before.

This semester was no exception. About three weeks out, the GEL 2 students started brainstorming the kinds of things we’d like to see happen in “our” ELL: bigger groups, greater time pressure, new leadership; this time, we were breaking all the rules.

Here’s what we came up with (keep in mind that I’m condensing about 2-3 weeks of work, meetings, and emails into a tight abstract). 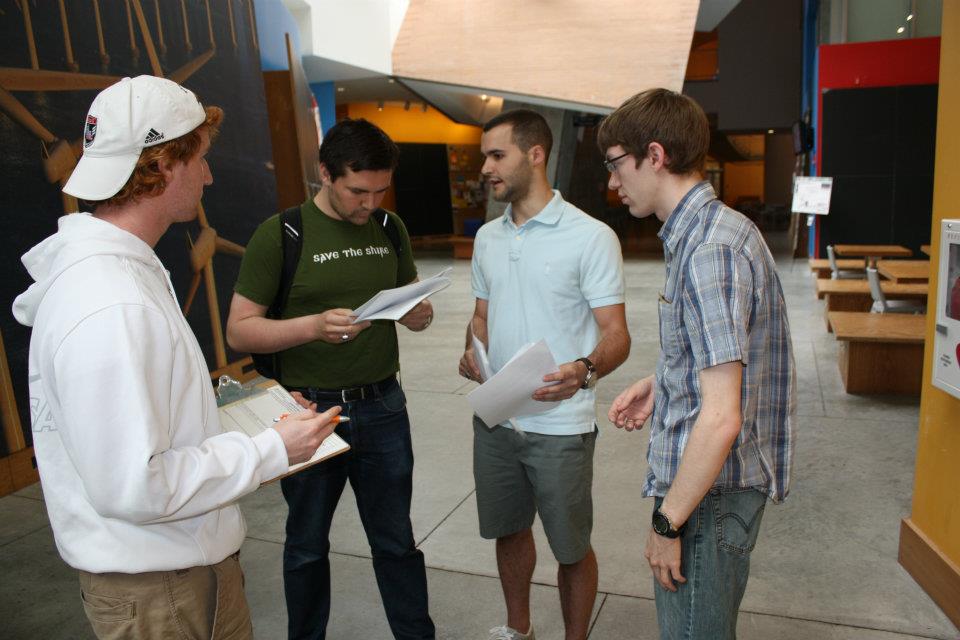 The volunteer learned that he or she was to role-play as the Director of FEMA in an earthquake emergency simulation. In less than 10 minutes, the Director was told to organize his or her classmates into a shelter team, an evacuation team, and a Public Relations team. The Director was to achieve certain tasks while minimizing the number of lives lost in the catastrophe. Every five minutes, there would be 1.2 million deaths in the simulation. 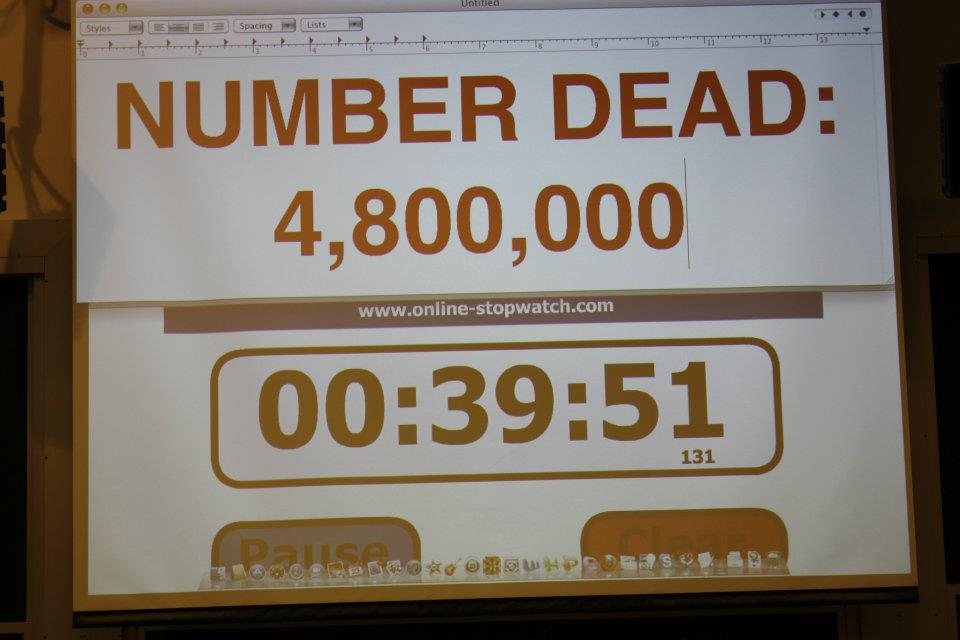 The volunteer then returned to the classroom, and the clock started ticking.

The shelter team was in charge of designing a rescue shelter under budget. They could choose the sturdiest structures possible, but those cost more money and thus fewer people would be saved. Meanwhile, the evacuation team had to come up with the safest means of transporting the simulated earthquake “survivors”. The FEMA Director had a budget of $250 million, which had to be split between the shelter and evacuation team, so there would need to be some negotiation to ensure both teams got enough money to do what they needed to do. 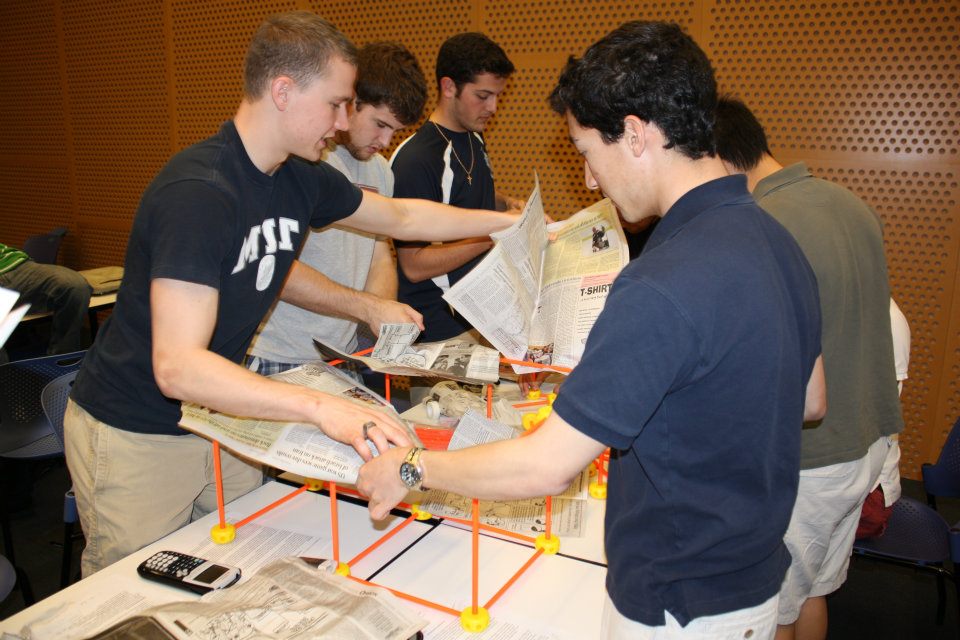 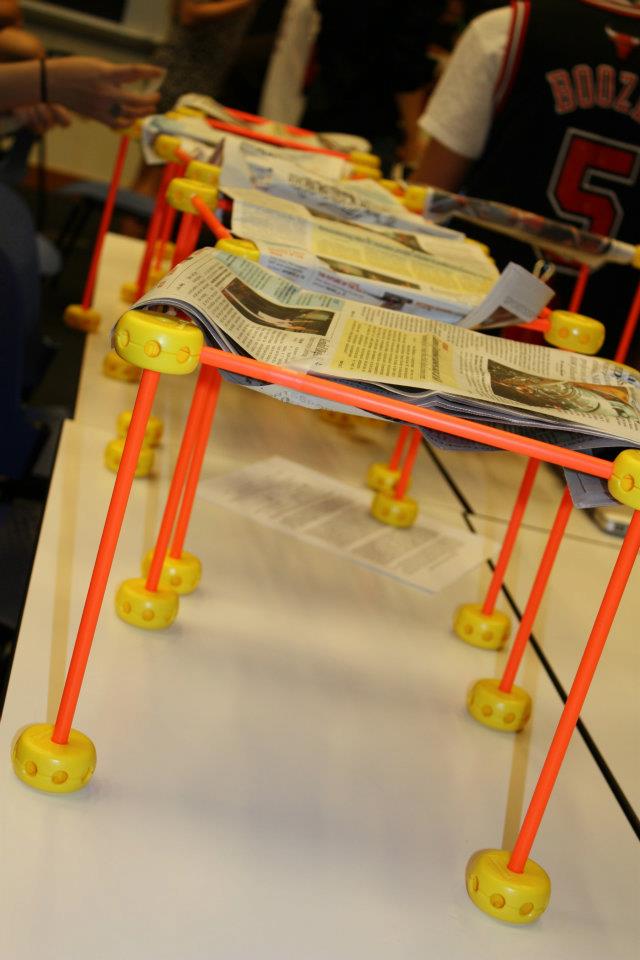 Meanwhile, the Public Relations team had to prepare short presentations for the President of the United States and the Director of UNICEF to keep them informed of the situation and the plan. If they did a good job, they could earn more funding from the government. If not, well, nothing happened.

Well, designing this lab was a marathon. We wanted to make it as complex as possible for the GEL’s without making it too difficult for us to monitor what was going on during the simulation. We wanted to test a number of leadership capabilities in this simulation, and if the activity got in the way of the underlying lesson, then our planning efforts (sometimes lasting past 2am in the week leading up to the lab) would have been fruitless. To be honest, there were several times where we wondered if we had bitten off more than we could chew.

So, just like last semester, we did a “dress rehearsal” at our weekly GEL 2 staff meeting to identify any kinks in the design. With 48 hours before the lab, it was all coming together.

At 1:00 on Friday, it was my turn to lead the simulation. Under the direction of FEMA Director Marisa ’13, the ELL seemed to be going as planned, but it took a little longer than expected for the budget to be divided between the shelter and evacuation teams.

Halfway through the exercise, I stopped the clock and gave the section time to reflect on the activity so far. This is something we’ve never done before in an ELL, but it seemed to be a valuable pause in the action. I know I’m sometimes less likely to point out flaws in a system while there’s work to be done; this way, the break forced the teams to think about how they were doing things as opposed to what they were actually doing.

We identified a few miscommunications between teams and revisited how each team was using the leadership capabilities of the day just to drive the point home. The next 30 minutes went pretty smoothly, and from talking with teams afterwards, they identified strengths and weaknesses in their section as a whole and in Marisa’s leadership style.

For me, though, the best part was all the feedback I got after the ELL. All the little curveballs made this ELL stressful, but interesting, according to a couple of my GEL friends. Plus, I was finally getting more comfortable with speaking up and sharing ideas!

There are few things at MIT that make me happier than a week of sleep deprivation with great results. There may even be a chance that this ELL is incorporated into the regular curriculum of future ELLs; if any of the future GEL 2’s leading that ELL happen to see this, I can only hope they have as much fun with it as I did!

FYI, more pictures are available on the GEL facebook!