as the snowflakes fall, they remind me of home

It snowed for the first time this school year yesterday! Originally, in the forecast, there was very little actual snow expected, but when I got up in the morning, a decent amount had fallen:⁠01 over the course of the day, around 3-4 inches/7.5-10 centimeters of snow fell. according to <a href="https://boston.cbslocal.com/2020/10/30/october-snow-storm-boston-records/">this article</a>, "never in Boston’s long and storied weather history (since 1872) has Boston had more than 1.1” of snow in an October storm or for that matter in the entire month…until Friday," to which I say, "weak sauce" 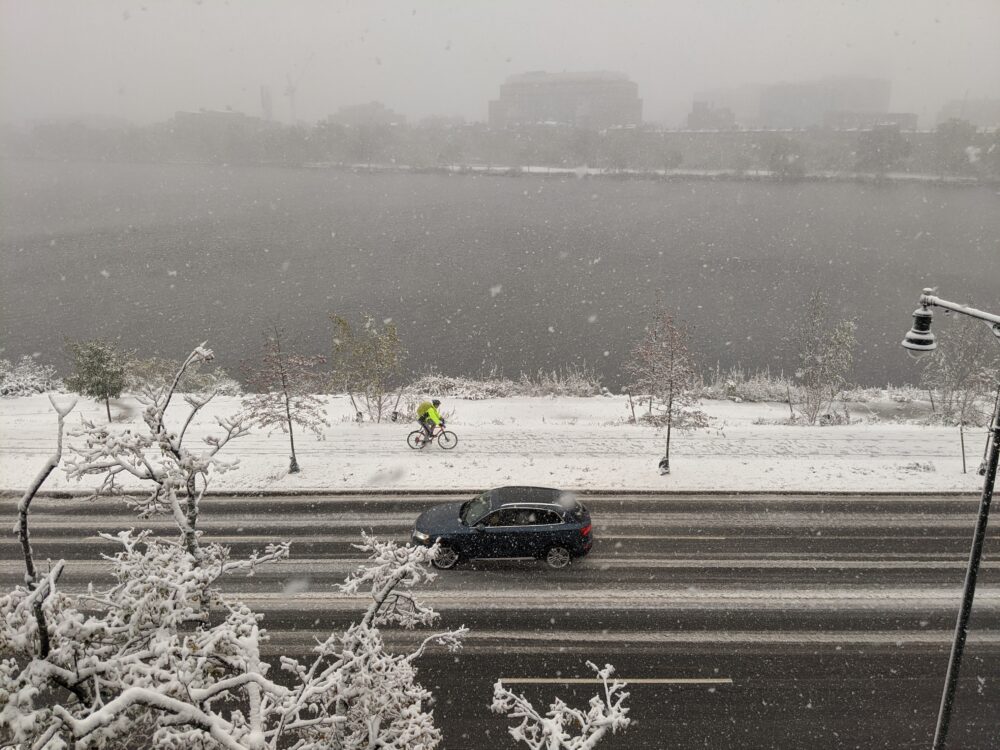 Snow has always been one of my favorite forms of precipitation. Nothing beats the feeling of being curled up inside with a blanket while, outside the window, snowflakes drift down to the ground. I think part of it is that these memories are almost always tied to the aspirational idea of a snow day;⁠02 MIT has a reputation for being stingy with snow days, so it is usually mostly aspirational the anxious refreshing of the weather forecast the night before, and, when the call or text finally comes, the relief and joy in knowing that the day ahead of you has suddenly cleared.

At home,⁠03 in sOuTh dAkOtA the snow starts in early October⁠04 earliest snows in 2018 and 2020 were in September and ends in April.⁠05 similarly, there have been May storms in 2015 and 2019 During the winter, it never rains, and, between storms, the skies stay clear and the temperature returns to one which is normal for the season. Each storm brings at least 1-2 inches,⁠06 2-5 cm but many bring more, all the way up to around a foot or so, maximum. 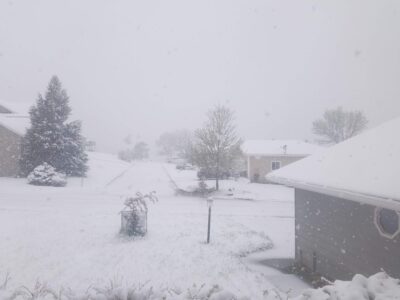 Boston is nothing like that. I remember freshman fall, when I kept waiting and waiting for the snow to come. October passed without a hint of snow. We’d had plenty of gray skies and cold, wet rain,⁠07 very lukewarm take, but cold rain is absolutely worse than snow but no snow. At the same time, I was feeling a little lost, a little out of place. The two weren’t entirely related—I was also trying to find my place on campus, in many ways—but the lack of snow was disorienting. It felt a little like my sense of time was malfunctioning, and as the weeks dragged by into November, the mismatch became a kind of malaise, an uncomfortable feeling that lay under many of my other emotions at the time.

The first day of snow finally came during Thanksgiving Break. It was December 1st, and I was visiting the Museum of Fine Arts⁠08 incidentally, admission is free for MIT students with a friend when the snow started. As we exited the museum to see a thin layer of snow built up on the ground, I felt this sort of intense kind of joy. Finally, it had arrived. 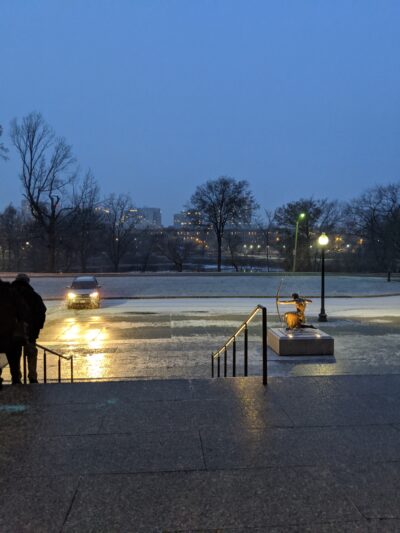 I was almost dancing on our walk back to the bus stop that would take us back up to MIT. My friend was, rightfully, a little confused, but as the snow fell I finally felt at home again, with all the memories of building snowmen and drinking hot chocolate and feeling alive in spite of the freezing cold. Things were still slightly different, of course—the snow here is much more wet, and walking through the snow is much worse than driving through it—but the snow’s presence was enough to bring me some well-needed peace of mind.

This year, the snow has come at a much more reasonable time.⁠09 although still slightly late, by my standards I am still, however, unreasonably ecstatic;⁠10 to the chagrin of <em>some people</em> yesterday, I headed to campus just to take photos:⁠11 secretly, the admissions blogs are just my version of instagram

someone built a smol snowman!
obligatory dome photo
the boston skyline is just barely visible through the fog
more snowmen (this time, on a railing!)
and a sunset to cap off the snowy day

It’s a difficult time right now, in a lot of different ways, but sometimes it’s the little details, those small things grounded in the concrete, as my writing professor says, that can make one’s day in spite of it all. The snow is back! What joy.