So we’re actually *identical* twins by Danny and Allan G. '20

which is surprising to absolutely ... no one

If anyone reading this remembers this post from Elizabeth introducing the last last cohort of bloggers, and if you remember reading it when she just posted it, our little intro blurb actually said “Danny and Allan G. ‘20 are identical twins ….”

At the time, and up until about 1 week ago, we thought Elizabeth was wrong. Because for our whole lives, our mom told us that her doctor said that we were fraternal twins.

So, we emailed Elizabeth, and she changed the little blurb appropriately! 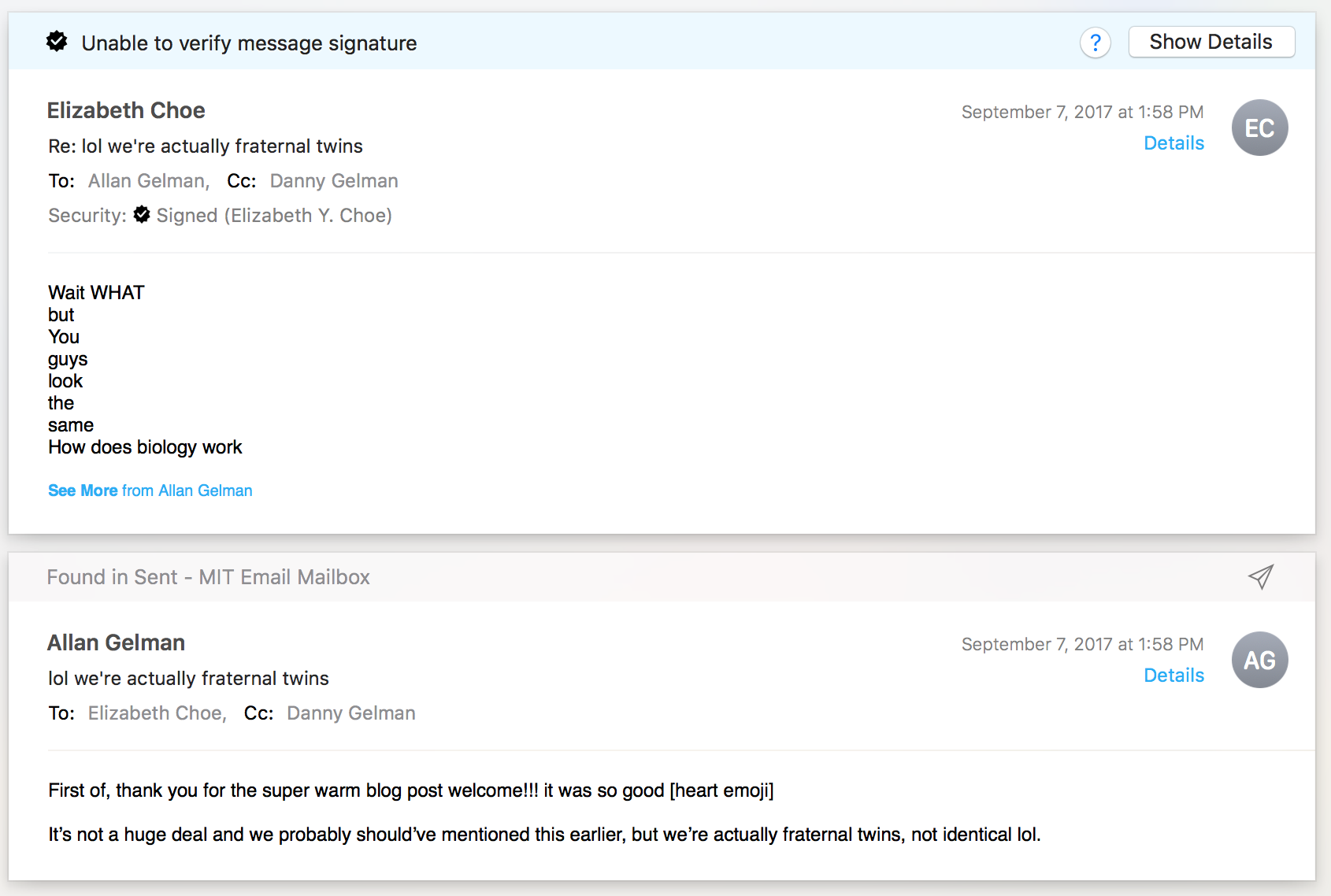 And then she sent this to the blogger group chat, and our nicknames in the chat are still the rectangle and the oval.

But what has changed, is that we learned that Elizabeth’s “mistake” was actually not a mistake! We are in fact identical twins.

Over winter break we ordered ourselves 23andMe kits, and we got the results back just this past week. And to our surprise (and probably most people’s lack thereof) this was the result: 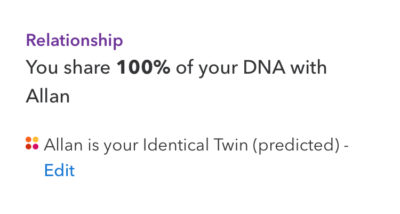 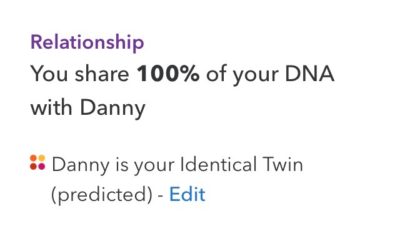 This really surprised us and our mom when we told her because her doctor told her, with confidence, as soon as we were born that we had two placentas, making us fraternal. We did some more research and discovered that identical twins actually can have two separate placentas and that it is not that uncommon for doctors to misclassify twins.

According to a study:

They found that 191 couples — 14.7 percent — were misinformed about their babies, with 179 parents of identical twins mistakenly told that their twins were fraternal and 12 parents of fraternal twins told they were identical.

Here is a diagram to sum up the relationship between placentas and zygosity (identical vs. fraternal). 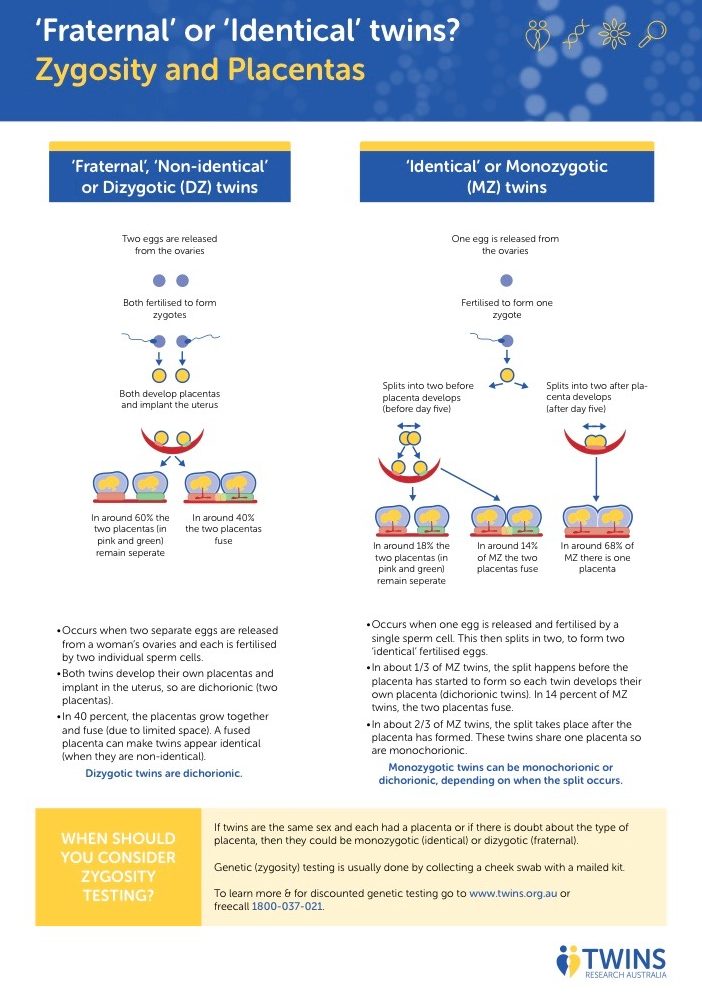 So, based on this diagram, the only definite predication a doctor can give about zygosity of same-sex twins based on the number of placentas, is in the right-most case on the diagram — placenta sharing monozygotic (identical) twins, which happens to comprise of ⅔  of identical twins.

Otherwise, same-sex non-placenta sharing twins (like us!), could be either-or, fraternal or identical, and the only way to know for certain is with a DNA test. If the DNA test comes back showing that the twins share as much DNA as siblings do, around 50%, then they are fraternal. And if it shows that they share 100% of their DNA (like us!), then they are identical.

And so, here we are, revealing what is to everyone (except to us lol), as Petey put it, “the least surprising find.”