The Case of the Considerate Robbers by Alexa J. '20

and other winter adventures

It was the dead of winter in the smoggy capital city of Chile, encircled by the Andes mountains’ snow-capped peaks on one side and the vast Pacific Ocean on the other. Tucked into little apartments and host families and plagued nightly by the severe lack of central heating, about thirty MIT students tried to better their Spanish, interned at local companies, and wondered why they chose to go to the Southern Hemisphere during their summer. 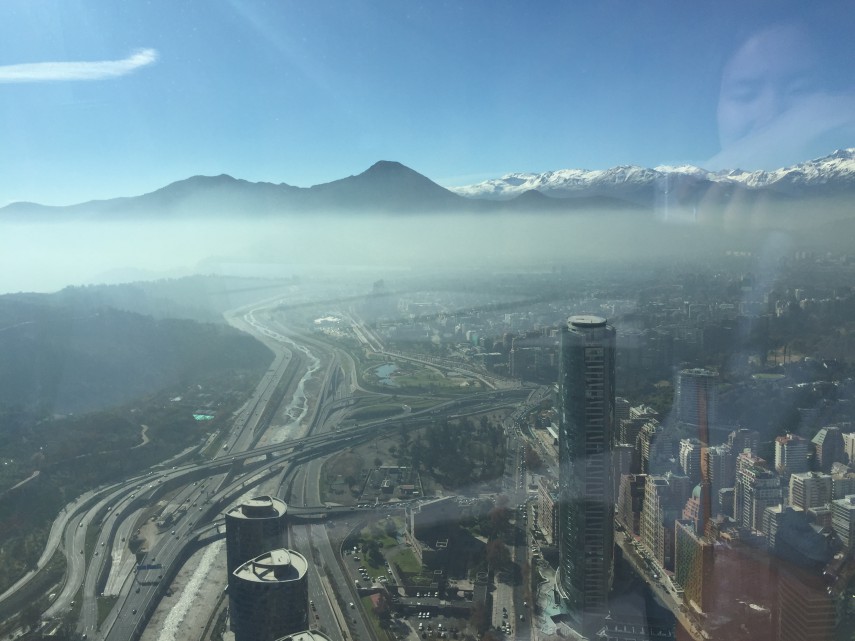 Look at all that smog yum!

They soon settled into the monotonous routine of a 9 to 6 (or sometimes 8 to 7) work schedule, almost missing the fast pace of studies. Students also grew accustomed to the kisses on the right cheek when greeting and leaving a room and learned to like completos italianos (hot dogs with tomato, mayonnaise, and avocado) and the traditional empanadas, stuffed with meat, egg, and a singular olive. Common Chilean idioms, like “Qué fome” and “¿Cachai?”, slang that Spanish speakers anywhere else in the world would fail to understand, found their way into speech. On a particularly warm weekend, about twenty of the students booked a tour to the nearby gorge Cajón del Maipo, a pristine, tourist-filled reservoir that promised a breathtaking view of the Andes and a brief respite from the gray smoke spewing from Santiago’s factories. They trekked down the icy path into a reservoir filled with glassy aquamarine water, ran up the snow covered slopes with glee as if they had not just survived a brutal Boston winter, and took a plethora of group pictures and selfies. 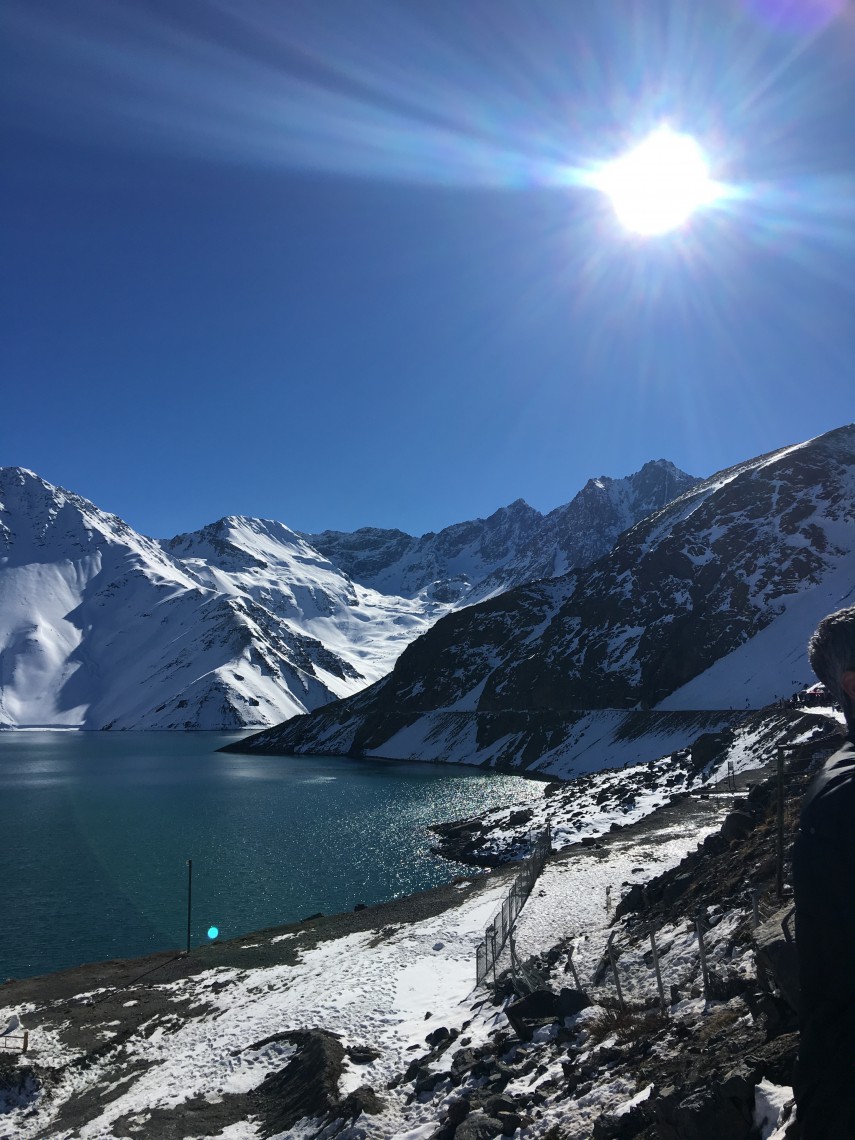 Fingers frostbitten and stomachs starving, the students were herded back into the van and driven to a peaceful, secluded riverside to enjoy a nice picnic of wine and a surprisingly delicious combination of cream cheese, soy sauce, sesame seeds, and pico de gallo on bread. After lounging around for a while, they piled back into the car but quickly realized something was amiss.

“Has anyone seen my jacket?” Someone called from the back.

“I’m missing my DSLR camera!” called another. The claims began to roll in. In total, four name brand jackets, about $100 in cash, an iPhone, a set of keys tagged with the apartment address, and a DSLR camera were gone. It was an incredibly smooth and strangely considerate operation. Passports, IDs, and backpacks were on the whole untouched, but the pockets of jackets and purses were thoroughly searched. There was no sign of entry on windows or doors, although the tour guides insisted that they had definitely secured the van before retreating to the picnic. All in all, it was a tragic end to a magical day, but a car karaoke session helped ease the worries. There was nothing much we could do, except fill out a routine police report and speculate about the potential involvement of the tour guides. So unfortunately, case not closed.

Other than my lost jacket, exploring the city and working with the people there have gone smoothly and wonderfully. I got my first taste of working on code and projects that could be used in production at a startup focused on improving communication between local governments and their constituents, a worthy cause in today’s political climate. I met MIT people I might never have bumped into otherwise and wandered into churro cafes and circus conventions, all on MISTI’s dime. 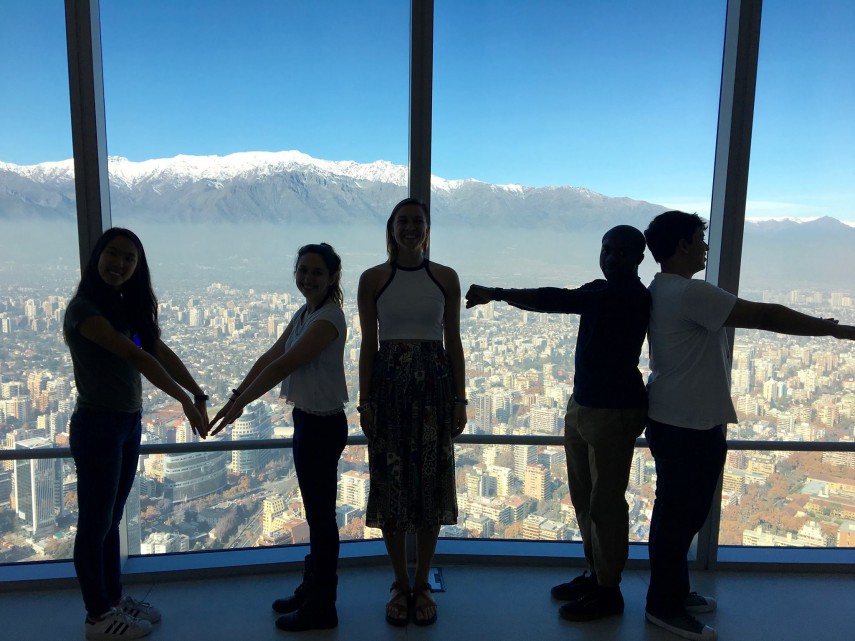 In case you don’t know what MISTI is, the MIT International Science and Technology Initiatives funds students’ internships and research positions abroad by giving them a stipend for accommodations, food, and a bit of travel! They have incredibly dedicated, industrious program managers, who fundraise, connect with sponsors, and place students in over 25 countries all over the world. Most companies and labs would love to have an MIT intern working with them, and all the people I’ve met on my trip have been so welcoming and eager to both teach me and learn from me. People are often surprised that students as young as us are already travelling the world and interning, and honestly, when I stop to think about it, I’m pretty amazed to be given these opportunities as well. It’s just one of the many things that make me so grateful for the trust and confidence MIT puts in our abilities to affect change, not only in our own communities, but also all over the world. Up next, adventures in Lima, so stay tuned! 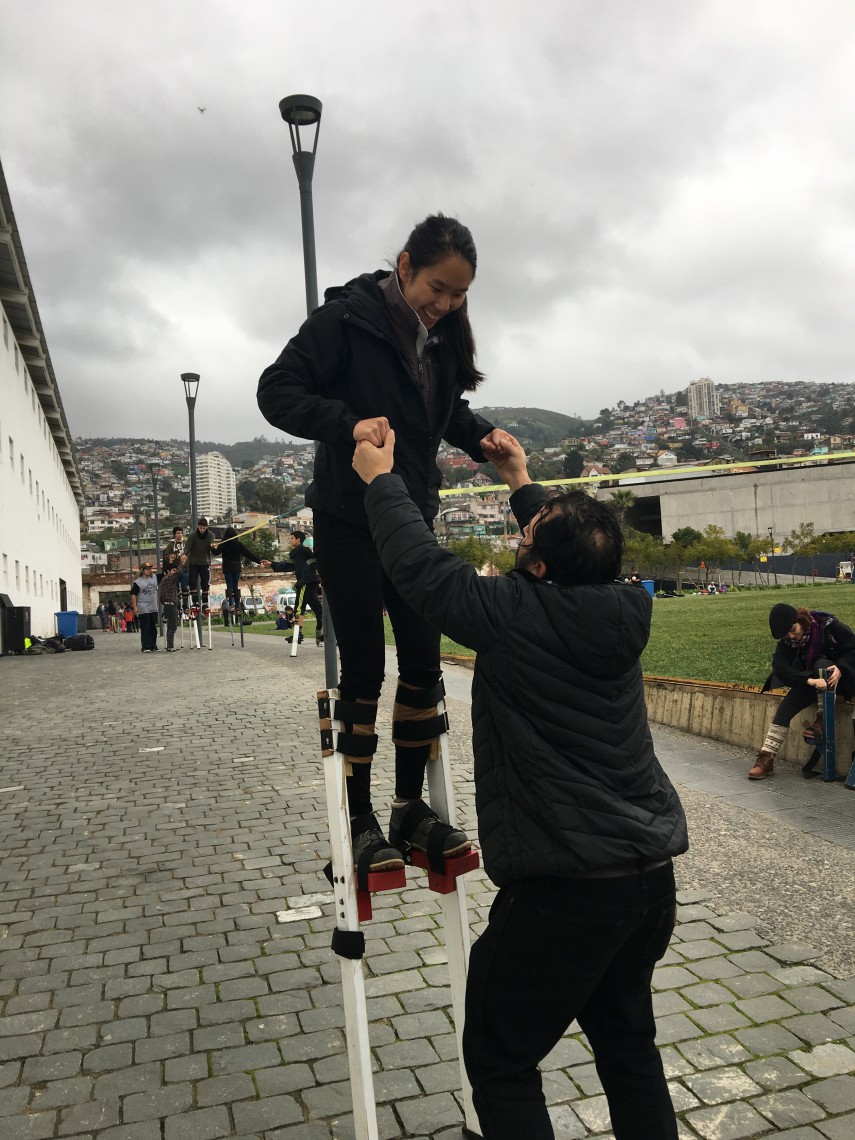 A smile of pure fear