The Brass Rat by Matt McGann '00

Last night, I attended the ceremonial unveiling of the design of the MIT Class of 2007 class ring. (Thanks to Mitra for the invitation!) 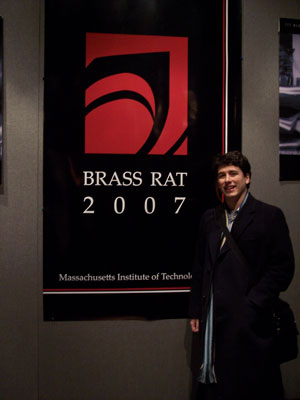 Each class year at MIT officially gathers three times — once, at the beginning, for the freshman picture; once, at the end, for graduation; and once, halfway through, for the unveiling of the class ring. The design process begins in freshman year with the highly competitive process of choosing the ring committee, or “RingComm,” of 12 class members. The RingComm next solicits bids for the very lucrative ring contract: 90% of all students will purchase the ring in a typical year; one company actually shuts down their factory for the one week each year of prime MIT ring-buying. RingComm designs the ring over a six-month period, unveils it, and stages an elaborate delivery ceremony.

Despite the disdain that many MIT graduates profess for academic tradition, a very large number of them proudly wear an MIT class ring, which is large, heavy, distinctive, and easily recognized from a considerable distance. Originally created in 1929, the undergraduate ring design varies slightly from year to year to reflect the unique character of the MIT experience for that class but always features a three-piece design, with the MIT seal and the class year each appearing on a separate shank, flanking a massive bezel bearing an image of a beaver. Its official name is the “Standard Technology Ring”, but its colloquial name is far more well known: the “Brass Rat”.

We first thought of the kangaroo, which, like Tech, goes forward by leaps and bounds. Then we considered the elephant. He is wise, patient, strong, hard working, and like all those who graduate from Tech, has a good tough hide. But neither of these were American animals. We turned to [William Temple] Hornaday’s book on the animals of North America and instantly chose the beaver. The beaver not only typifies the Tech [student], but his habits are peculiarly our own. The beaver is noted for his engineering, mechanical skills, and industry. His habits are nocturnal. He does his best work in the dark.

Anyway, on to the pictures…

I saw and got to chat with many awesome ’07s, like Andrea (whom I forgot to congratulate for being one of the IAP Origami Contest winners) and Sondy (to whom I promised worldwide fame via this blog picture)… 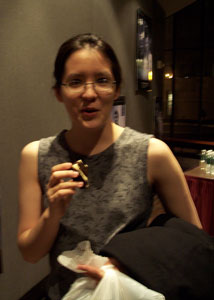 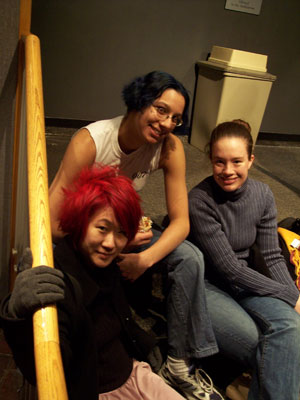 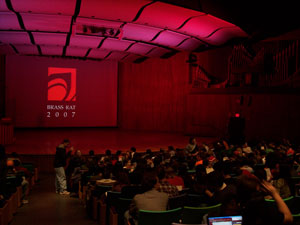 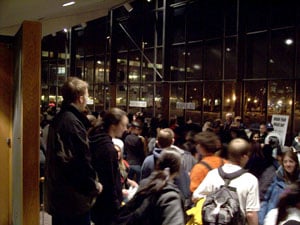 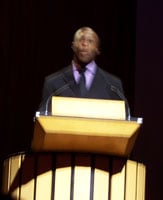 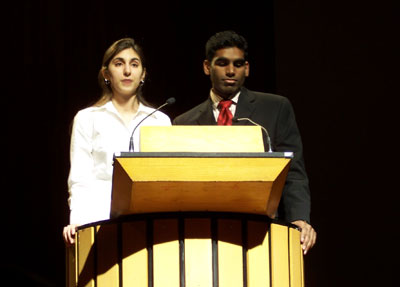 Afterwards, Mitra and I show off the Class of 2000 and Class of 2007 Brass Rats, respectively. 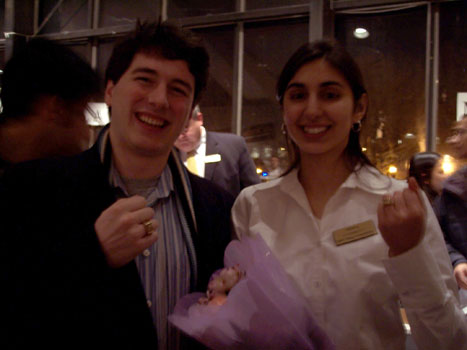 I’ll let Mitra show off all the cool features of the ’07 Rat in a future entry. And when I get a chance (maybe when I next answer questions in a day or two?) I’ll show you my brass rat =)