The Secret Life Of Marilee Jones by Bryan

Sam is the funniest, though... BOTB and CPW Feedback.

(She’s a rockstar by night)

So Thursday night we got a preview of Marilee Jones’s singing voice when she sang to the students who had birthdays over Campus Preview Weekend, but the real show was during Battle of the Bands.

Now this was the 4th annual BOTB, so that means it’s been happening ever since my CPW (I’m getting old? Nah…)

Now I wonder which variable is responsible for the fact that we sold out Lobdell Food Court:
1. Free Ben & Jerry’s Ice Cream
2. Free Anna’s Taqueria burritos
3. Raffle of Guitar Hero 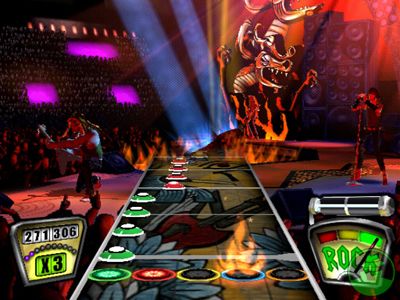 An aside, if you will:
Guitar Hero is one of the coolest Playstation games ever. That’s all I really wanted to say. Try it sometime. It’s a good study break.

Hey, he won a copy of the game, maybe you can ask him.

4. We got to rock out to the Joneses: Ben Jones and Marilee Jones.

Now I don’t think you’d really get to have the chance to see the people who admitted you to college, rock out on stage, and then bid you farewell at the CPW desk, but here at MIT, it happens.

Being able to see Tim the Beaver crowd surf and listen to Marilee on the microphone was awesome, and maybe that’s the reason why they told us we couldn’t sell any more tickets, but the bands were quality, and I was very impressed.

Just a couple pictures from the event

Ben and Marilee get psyched and ready for their performance.

Nance gives Ben a supportive punch in the face.

Anyhoo, Battle of the Bands was great and CPW was just that much better for it. As for those of you who attended, what did you like best? Any questions you didn’t get answered? I had a fun time meeting a lot of you, and I hope to see you in the fall!

7 responses to “The Secret Life Of Marilee Jones”