Things got poopy in Beijing by Jenny X. '13

This past weekend, I went to dinner with a group of MIT and Johns Hopkins students interning in Beijing. This was my first opportunity to meet other internsâ€¦as well the quirky side of Beijing.

A few days ago, an article was passed around in a Beijing interns email thread, introducing the 10 weirdest restaurants in the city. Naturally, we started at the top – House of Poo Poo it was. 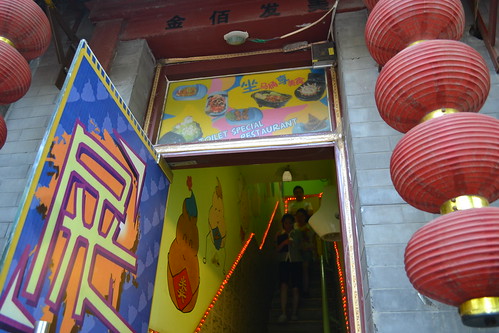 Welcome to House of Poo Poo, aka Toilet Special Restaurant. 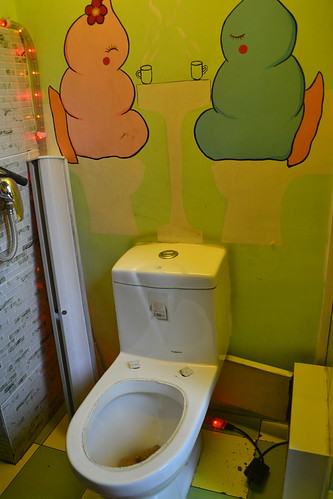 The first thing we see inside the narrow entrance. 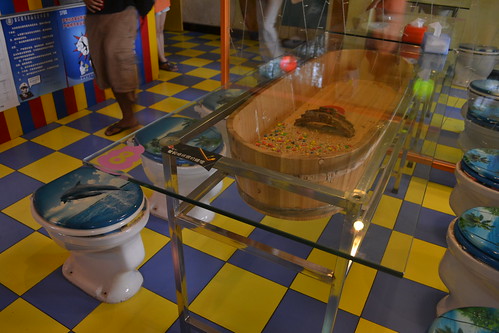 This was our table, with toilets for seating and live lizards in the glass table. 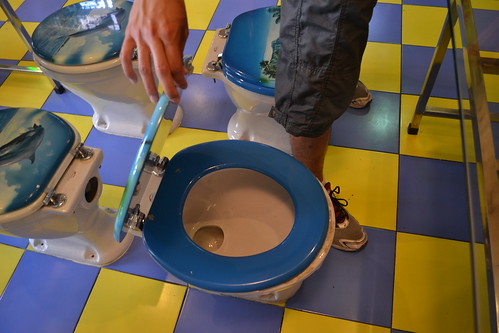 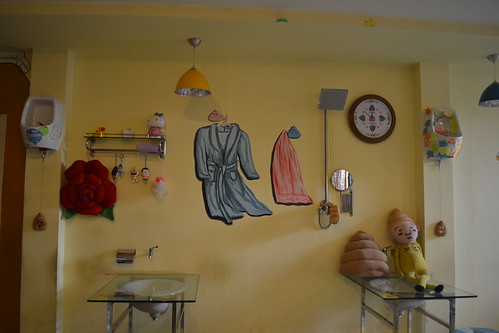 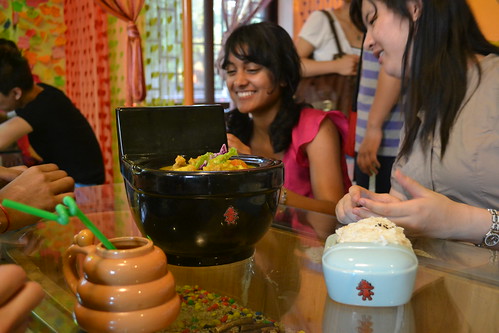 Curry served in a table toilet. 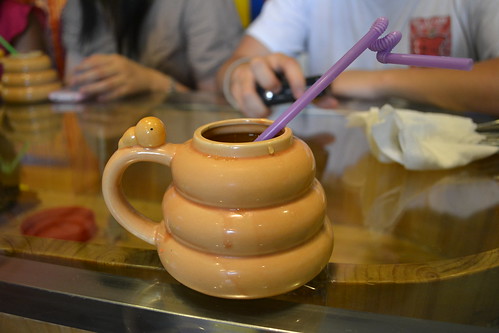 My mango juice in a turd mug. 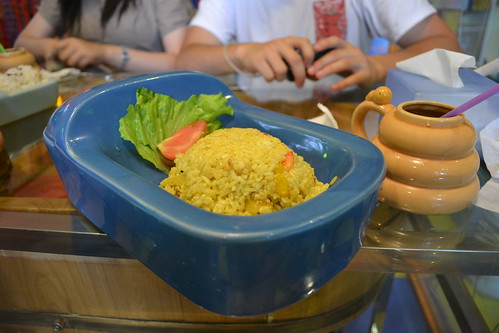 I ordered a House of Poo Poo variation of pineapple fried rice. It wasn’t a large serving and tasted average, I’d say. But I think everyone was preoccupied with finding every manifestation of the turd motif the restaurant had embedded in the dining experience. Let’s just say, at the bottom of everything was a turd. 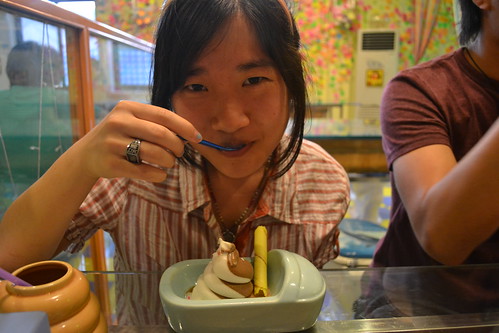 That would be me and the signature poopy ice cream.

Apparently, there are many other toilet-themed restaurants in cities around the world, including New York and Tokyo. We were also discussing if a House of Poo Poo near MIT would be successfulâ€¦

What do you think – would you go for this kind of humor and strange dining experience?

Personally, it’s nice to be able to say “been there, done that” â€¦and I would probably do it again, but only if in a different country each time.

–
While I’m here, a few more interesting sights on the Beijing streets. 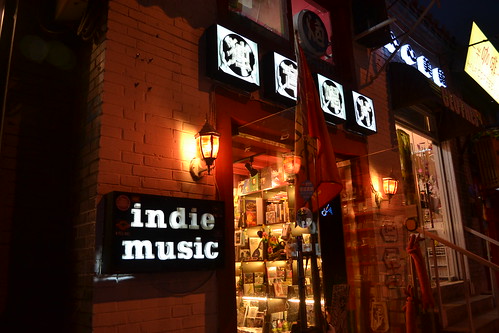 I was drawn to the “indie music” sign, but this little store had far more than indie music. It had everything from Michael Jackson to Katy Perry to LED shirts â€¦ …as well as a whole shelf dedicated to “experiment & noise”. Hmm.

Until next time ~ from Beijing. 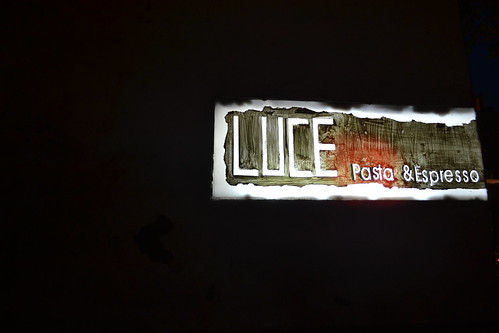 4 responses to “Things got poopy in Beijing”