It was supposed to be one of those after-CPW posts, celebrating three straight days of liquid nitrogen ice cream, Tetris hacks, and a campus-wide show of unity to welcome prospective students.  It was supposed to be about my first time celebrating Patriots’ Day in Boston, about my first time watching that most unifying of sports, the marathon – a sport that doesn’t even have a side to cheer for or root against.

And then today’s tragic events happened.  In a few seconds, a day ripped apart – two explosions, three deaths, and a casualty rate in the triple digits.  The wailing of sirens and the steady chop-chop-chop of helicopter blades overhead filled the air.

We were very fortunate to have no immediate members of the MIT community directly injured by the bombs.  Yet it was still horrifying beyond words to witness.  All thoughts of that happy blog post about MIT went out the window.

But what happened next was inspiring.  I’ve always thought that you can tell a lot about a community by how it reacts to a tragedy. As the news broke, students immediately began asking where they could donate blood. Prefrosh frantically messaged and emailed their hosts to check if they were okay – people they had briefly met just days ago.  People texted, and emailed, and tweeted, and posted on Facebook, spreading the warnings to avoid public transit and large crowds.

So perhaps this can still be a happy post.  A post about a different kind of unity, a different kind of community.  Because the people of Boston are a tough and resilient crowd.  The celebration of a 26.2 mile run might have been shattered today.  But the marathon will be back, and make no mistake – next year, we will roar twice as loudly at the finish line.  No cowardly act of terror can break this spirit.

After spending one too many hours listening to reporters endlessly analyzing and reanalyzing today’s attack, I took a walk outside.  I jogged across the Mass Ave bridge, as I often do when I want to clear my thoughts.  I reached the 300 Smoot mark.  And then I turned around. 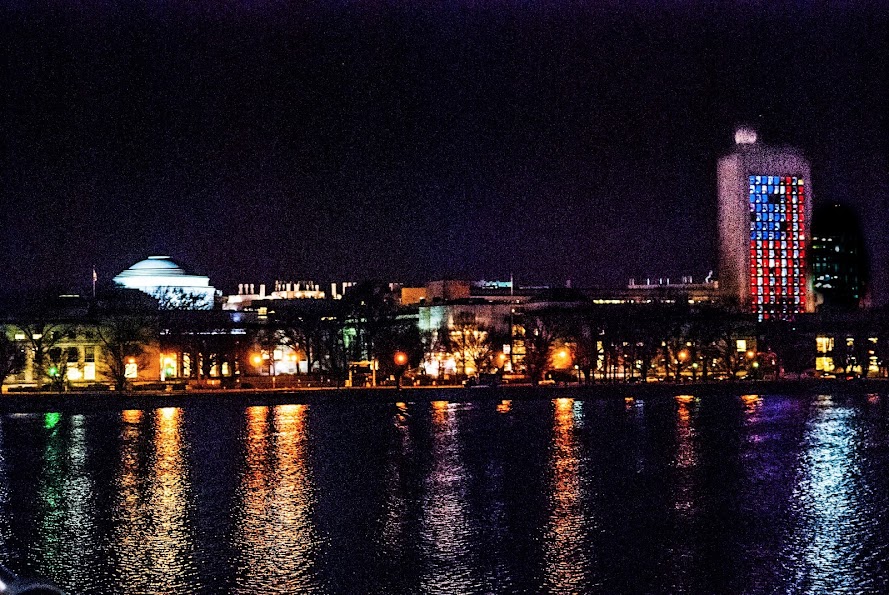 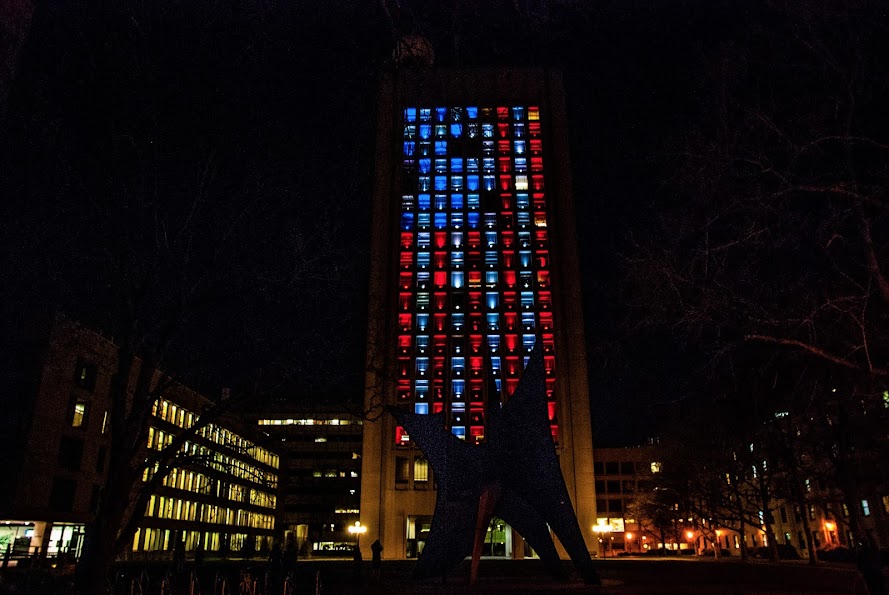 To the city of Boston, our neighbor across the river: our hearts go out to you. Today and always, we stand with you.  Together.