One. Two weeks ago my phone’s charger suddenly stopped working. I ordered a replacement from Amazon. I accidentally put Baker as the address, because that was where I stayed last summer. When Amazon said it arrived that weekend, I sent an email to Baker Desk asking if I could pick it up, and they said their coronavirus policies didn’t allow me to, even if I was staying on campus and was updated on testing and all that jazz.

The next few days I used my laptop for my morning alarm instead of my phone, which was weird in the sense that I had to actually get up from bed to walk over and turn it off. I sent an email to our area director, Alexandria, and she said she could pick it up for me, and I thanked her profusely. When I picked it up from Fred Desk, East Campus’s loving moniker for its front desk, it was only one of the packages I had ordered, and not the charger. More emails with Baker Desk made it clear that the charger had never arrived.

So I ordered another charger from Amazon, and got it sent to East Campus this time. And again, two days later, they claimed it arrived when it, in fact, had not. I checked my mailbox, I asked Fred Desk, I waited an extra two days, and still nothing. At this point a friend let me borrow one of their chargers, which didn’t really work because it only charged my phone up to 31% after being plugged in all day. So I went to Amazon and complained and they said they would send a replacement for no charge.

The replacement was scheduled to arrive that weekend, and now it’s been a week and a half since this whole debacle began. Delivery was then delayed by two days, but then it finally did arrive, and I was able to charge my phone for two days.

And then the charger broke again. And yes, it was the charger, because it couldn’t charge my friend’s phone either.

Two. On a weekend night three weeks ago I had a sudden urge to do something about next summer, so I applied to eleven internships on a whim.

The next day, I got one rejection. I then got sent two HackerRank tests, which I did in one sitting. The next week, I got two more rejections. This week, I’ve gotten three rejections. The other places, I still haven’t heard back from.

Meanwhile, I hear about friends taking return offers, interviewing at a dozen different places, and already having plans for next summer. And these were the same friends who would tell me that I didn’t have to worry about applying to internships, because I actually had substantial coding projects to speak about, and that always makes for a solid resume.

Three. A few days ago, one of my friends who’s currently staying at Next asked me if I wanted to staple with him for the winter housing application. Then we’d be at least in the same building from the beginning of December to the end of IAP, and then maybe we could pod together. There was going to be a fifty-fifty chance we’d be in the same building anyway, because everyone was going to be in either Next or Simmons, but better to be sure.

I didn’t see the message until hours later, as my phone was dead and I didn’t get the notification. I said I already submitted and stapled with two other people, and he said that he could probably make room in his group to staple with all three of us. The other two people in my pod were okay with it, but for some reason or another, we didn’t end up stapling together.

The email said that we’d have to move out by November 25, two Wednesdays from now. This would be the third time I’ve moved in the past year, and to be honest, I was expecting it. The last time I moved, a few months ago, I didn’t even unpack all of my stuff, because I knew that I’d have to pack it again anyway.

Four. This week I was unable to pay attention in any of my classes. On Monday we talked about online algorithms in 6.854 and I was unable to focus after the first hour. Then the next day I could barely pay attention to any linguistics that was discussed in 24.902, and the same thing happened on Thursday. Today I just completely gave up on 6.854 after ten minutes of lecture and a mounting headache. I took a nap and when I woke up I felt bad about myself for skipping lecture.

Wednesday was a holiday, and I didn’t really get anything done besides pushing a few commits. I was supposed to do some work for Splash, considering that it’s happening this weekend, and I haven’t really prepared for my classes yet. I’m still not prepared. I’m also one of the online logistics subdirectors and we barely got things done that night. I tried answering emails and I just couldn’t find any motivation.

All I want to do right now is lie down. Not even hang out with friends or read or play idle games or sleep. Just lie down. In the past few days I have spent most of my afternoons just lying down, and my nights idly switching between tabs, not really looking at anything, trying to get things done but never really starting. In the process of writing this blog post I got distracted at least seven times, one of which was just me wandering to my bed and lying down and staring into space and not really doing anything for a few minutes before getting back up.

And it’s not as if I don’t have things to do. I have homework. I have final projects for 6.854 and 24.902 to worry about. I have Splash classes I need to prepare for. I have to worry about my phone charger and internships and housing through the winter.

Five. The last time I talked to my psychiatrist was last Tuesday, and I told him, on that day, that things were going okay. Not as good as I wanted them to be, but I said I was on top of my work, and I was sleeping well at nights, and I was having less frequent nightmares.

That was when I jinxed it, and that night, I rolled around in bed for what felt like an hour trying to fall asleep. I saw myself in the bottom of a big canyon, lying down on cold sand, staring above and seeing miles and miles of rocks. It was dark all around me, and the only way I could tell how deep I was was because of the sunlight cutting off at some unspecified distance above me.

Six. Last night I hopped onto a Discord voice channel at 1 AM hoping someone else would come on. And someone did.

And I told them that I was sad.

And they asked why.

And I said that I had a lot of things to do. And then I said, wait, that’s not exactly true, but I do have things that I need to do, none of which I feel like doing.

And they asked what I had to do.

And I told them what I had to do.

And then I said I wanted to drop out of MIT.

That I’m tired of collecting thousands and thousands of layers upon layers of paper cuts, telling myself they’re surface wounds and trudging on, until enough of me is scraped off that nothing is left.

That the perfect analogy comes from a Japanese story, of all places, the phrase go kou no surikire, referring to a heavenly maiden brushing a rock with her garment every three thousand years, eventually splitting the rock in two, surikire, and the time it takes is go kou, twenty billion years.

Except I didn’t actually say any of that. All I said was that I wanted to drop out of MIT.

And they said it would be sad if I did that.

And I said yes, it would be sad. And I said, yes, maybe that’s the reason I’m sad.

Seven. Today, in Cambridge, leaves have mostly fallen from their trees. 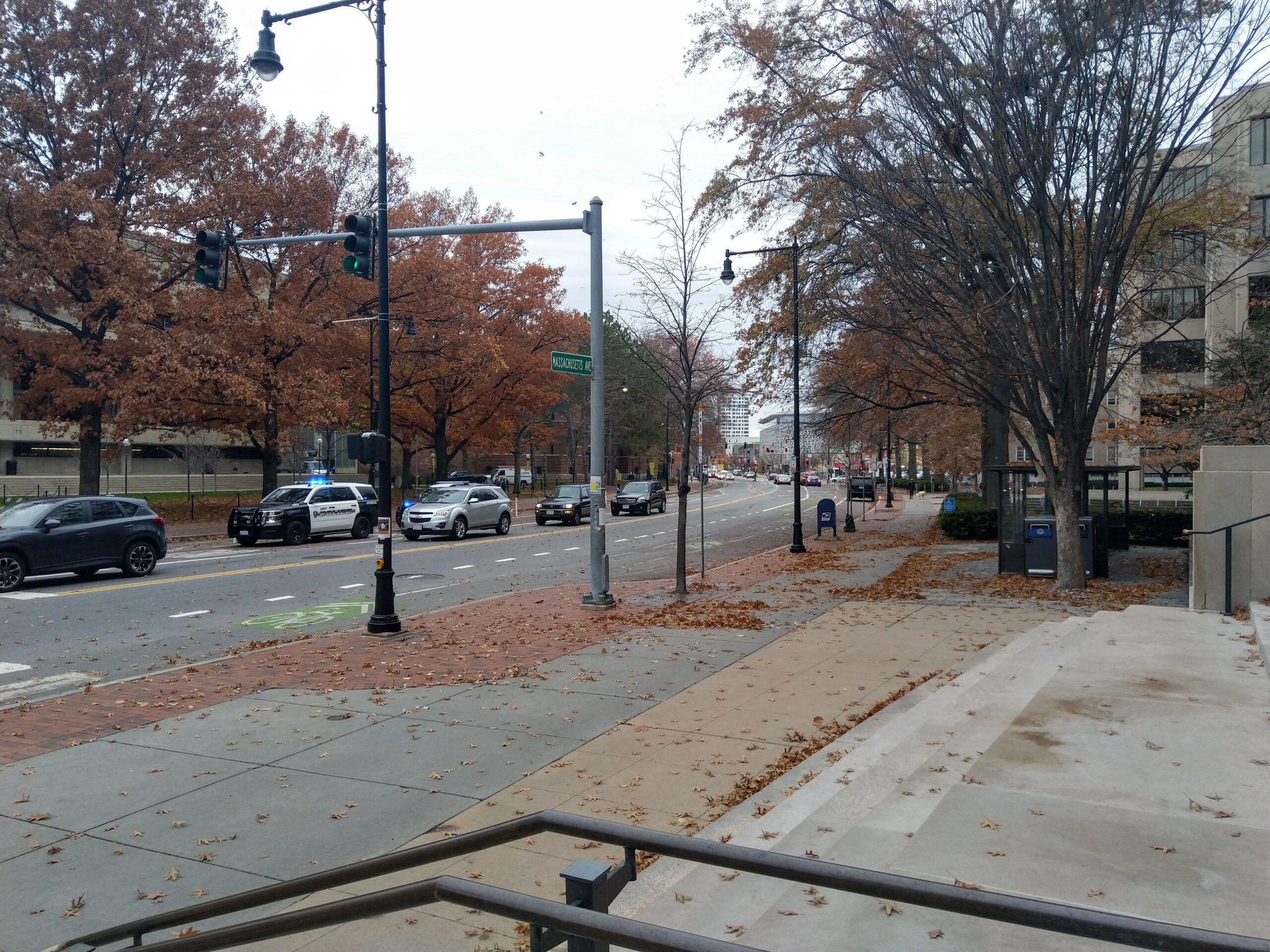 As I walked to the student center to get lunch today and crushed the leaves under my shoes, I wondered how many leaves there were on campus grounds right now. I spotted a clump and guessed there were a hundred leaves. And then I counted ten more clumps. And I guessed that there were maybe twenty other places you could spot these clumps around campus, giving a total of twenty thousand leaves. That felt like the right order of magnitude, because two thousand felt too few and two hundred thousand felt too large.

Twenty thousand leaves. Each one used to be on a branch, only a few days ago. Now winter is coming, and if these leaves stayed on their branches the water would freeze and expand and rupture the leaves, making them useless for photosynthesis.

So the tree lets them go.